WHITEHALL – The Whitehall boys basketball team has had its share of close calls in West Michigan Conference play this season.

But no Viking victory was more difficult than Thursday’s, when they kept pulling ahead and Oakridge kept fighting back, all the way to the final buzzer. 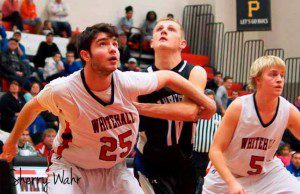 In the end the Vikings prevailed 77-75 to remain unbeaten in conference play.

“It puts us in a good spot,” said Whitehall coach Nate Aardema, whose team holds a two game lead over North Muskegon and Shelby in the conference standings. “But there’s no chance to let up.”

The loss dropped Oakridge to 5-3 in conference play and 7-4 overall.

Both teams came out of the locker room cold, going the first 3:30 without a field goal. Then a 3-pointer by Whitehall’s Keenan Aylor ignited both offenses, and the back-and-forth battle began. 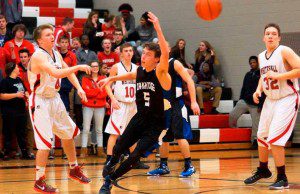 The Vikings ended the first quarter with a 7-2 run to lead 17-13 lead at the buzzer.

Oakridge kept pace and pulled within one point, 32-31, with just over a minute remaining in the half. But Whitehall closed the half with five straight points and led 37-31 at the break.

Whitehall’s CJ Watson and Oakridge’s James Cooper III each scored nine points in the first half.

Whitehall carried its momentum into the third quarter, coming out with a 9-2 spurt to take a 46-33 lead. Lucas Schumm led the uprising with six of his team-high 19 points.

But Oakridge fought back and pulled with five points, 53-48, at the end of the third quarter.

“We just tried to make every possession count,” said Oakridge Coach Tracy Ruel. “We wanted to cut it to within five before we went into the fourth quarter.” 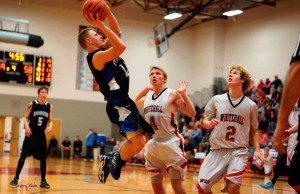 Brady Luttrull fades back for the shot against Whitehall’s No. 4 Daniel DuBois and No. 2 Lucas Schumm. Photo/Sherry Wahr

Oakridge continued to battle and grabbed a 58-57 lead with 5:30 left in the game, but it didn’t hold up.

The game was tied 61-61 when Whitehall made yet another run and took the lead for good. The Vikings outscored the Eagles 14-4 over a three-minute span and led 75-65 with 42 seconds remaining.

But the Eagles had one more burst of energy left, and nearly pulled off an incredible comeback, thanks to the hot hand of Brady Luttull, who scored eight of his 22 points in the final 17 seconds.

Luttrull knocked down a three with 17 seconds left to make the score 77-70. The Eagles then stole the inbound pass and Luttrull hit another triple to pull Oakridge within four.

The next Vikings inbound pass hit the tarp above the court, giving possession back to Oakridge.

Whitehall elected not to defend the next play, giving Luttrull an open layup before time expired.

“I get kind of nervous when we take our foot off the gas because we kind of have to be in attack mode,” said Aardema, following the close call at the end.

“The guys didn’t give up, they played hard all the way to the last second,” Ruel said. “It’s a bummer. We had a couple of good looks that didn’t fall and if they do it’s a different game.”

Watson finished with 14 for the Vikings, while Aylor netted 13. Cooper III ended with 19 points and Robert Taylor scored 15 for Oakridge. 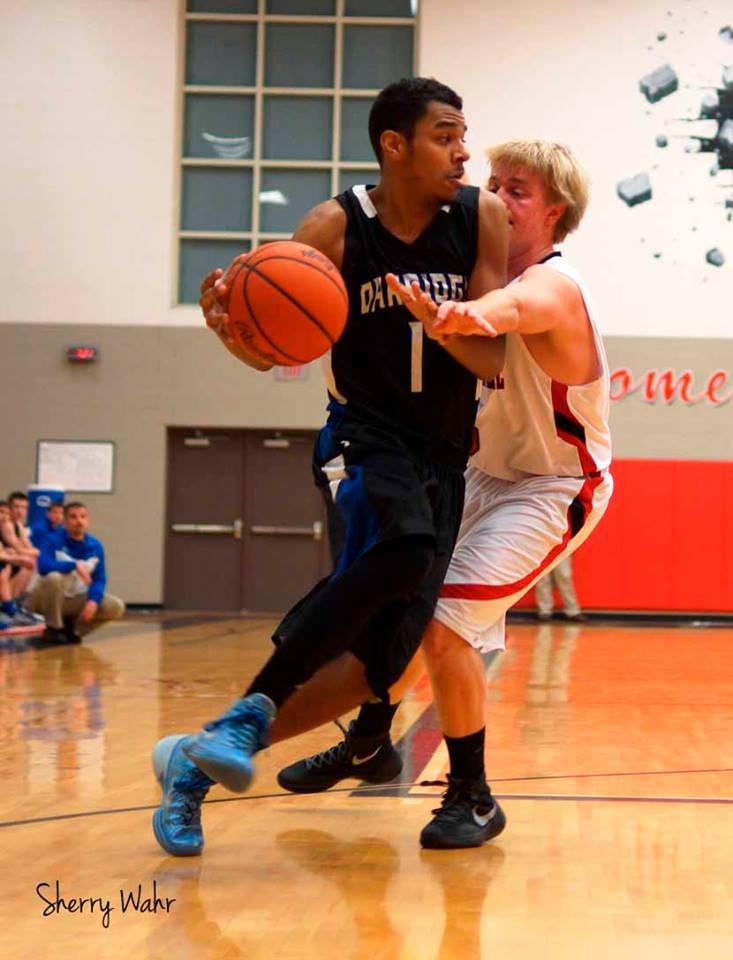 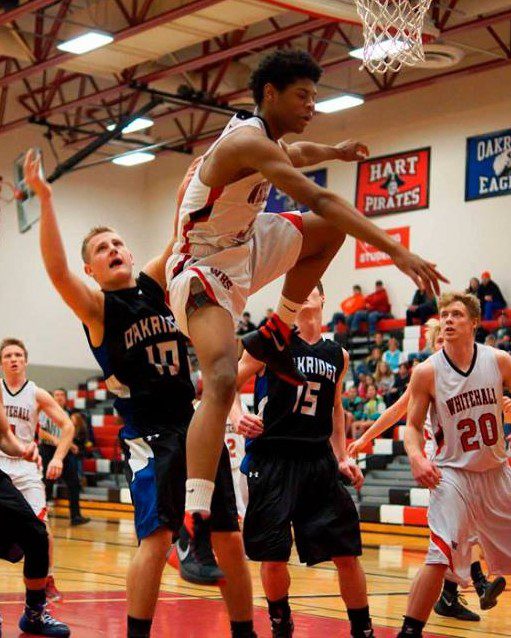 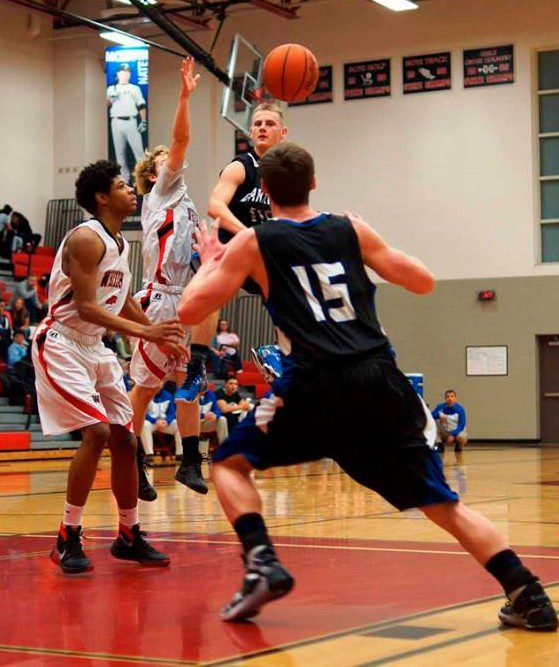 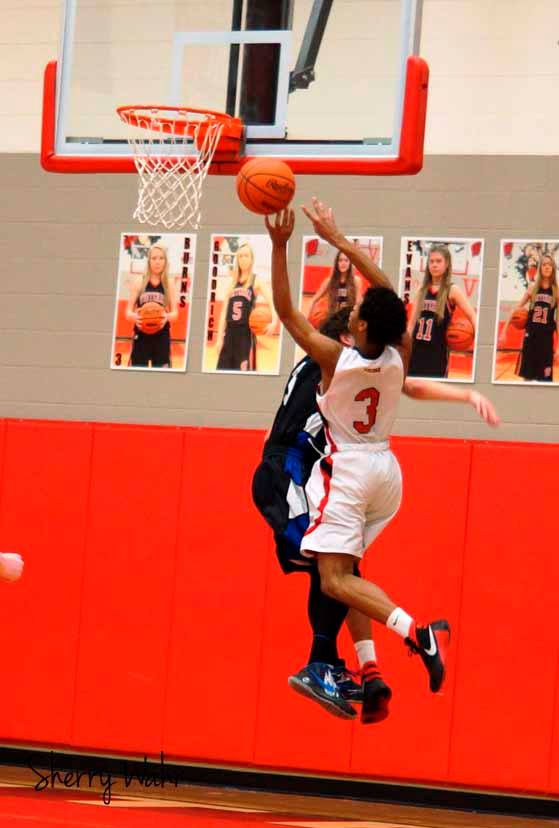 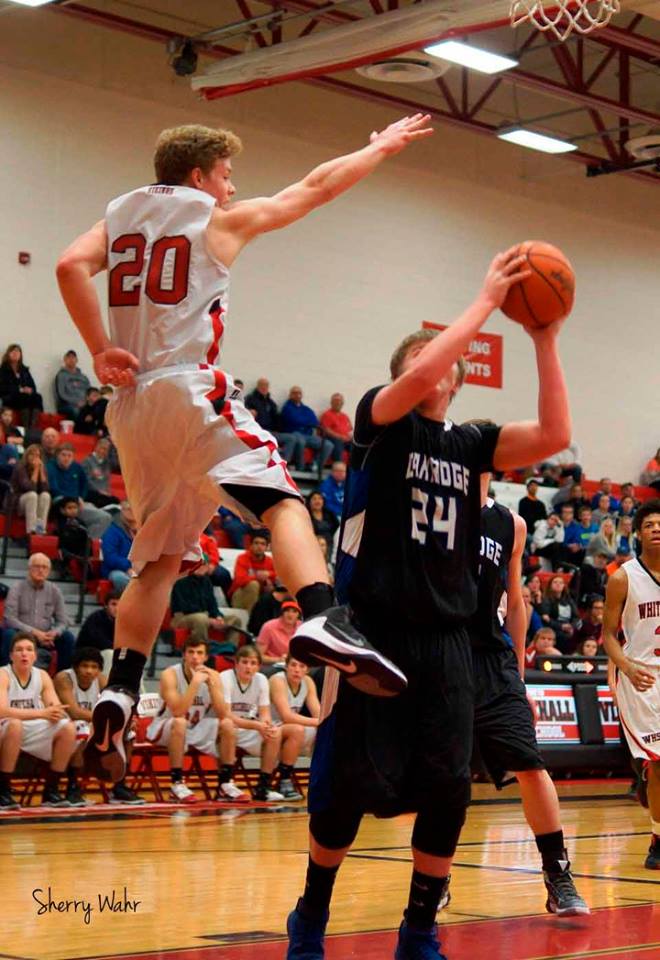