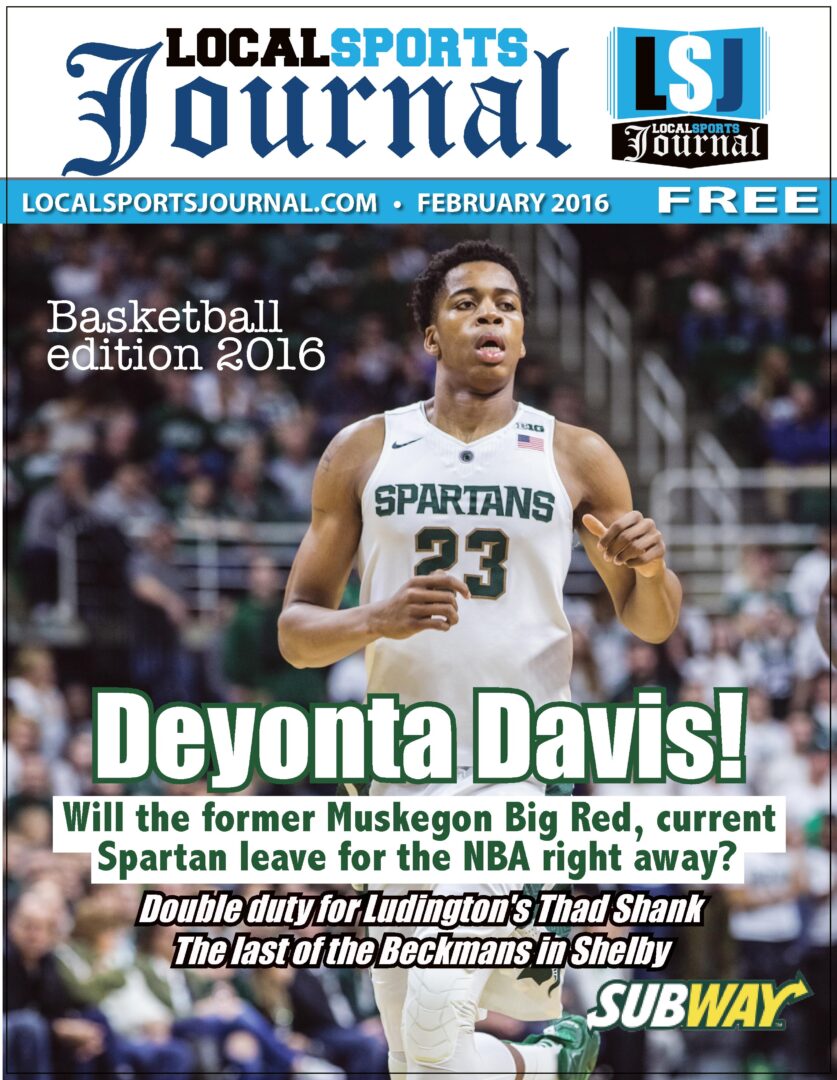 Deyonta Davis has helped put Muskegon on the basketball map.

championship. In 2015 he won the state’s Mr. Basketball award as the top senior in Michigan. This season he’s turning heads as a dynamic freshman center for the Michigan State Spartans. And according to experts, he may be ready for the NBA next season!

Davis is the cover story of the February edition of the Local Sports Journal magazine, which is available for free in local Subway restaurants, Plumbs grocery stores and other retail outlets throughout the area. See a complete list of locations below.

To order a free edition of the e-Magazine, provide your name and email in the boxes below.

Pick up your copy of Local Sports Journal the magazine free at these area outlets:

The Paddles Up hits the waves, water as new West Michigan business