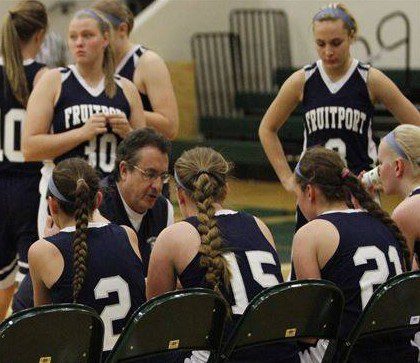 Nicole Bayle succeeded Potts as coach and led the Trojans to two more state championships, in 2010 and 2011.

Fruitport Coach Bob German talks to his team during at timeout earlier this season.

All of that cemented volleyball as the top female sport at Fruitport, and many of the top athletes went in that direction.

They weren’t so much into basketball, and the record reflected it.

Until now, that is.

Under the guidance of sixth-year head coach Bob German, the Trojans girls basketball team is on the brink of winning the program’s first-ever conference championship.

They’ve already clinched a share of the Lakes 8 Conference crown, but a win over Ludington on Friday at Fruitport High School would give the Trojans an outright title.

“It’s hard to believe, but we do not have any banners in the gym with years of conference title teams,” said German, a 1974 Fruitport graduate, who played basketball at Muskegon Community College.

Fruitport (17-2 overall) is in the midst of a stunning 15-game winning streak, after posting a 10-10 record last season.

Many so-called experts expected Spring Lake to run away with the league title this season. Instead, the Lakers have been one of the Trojans’ many victims in recent weeks. 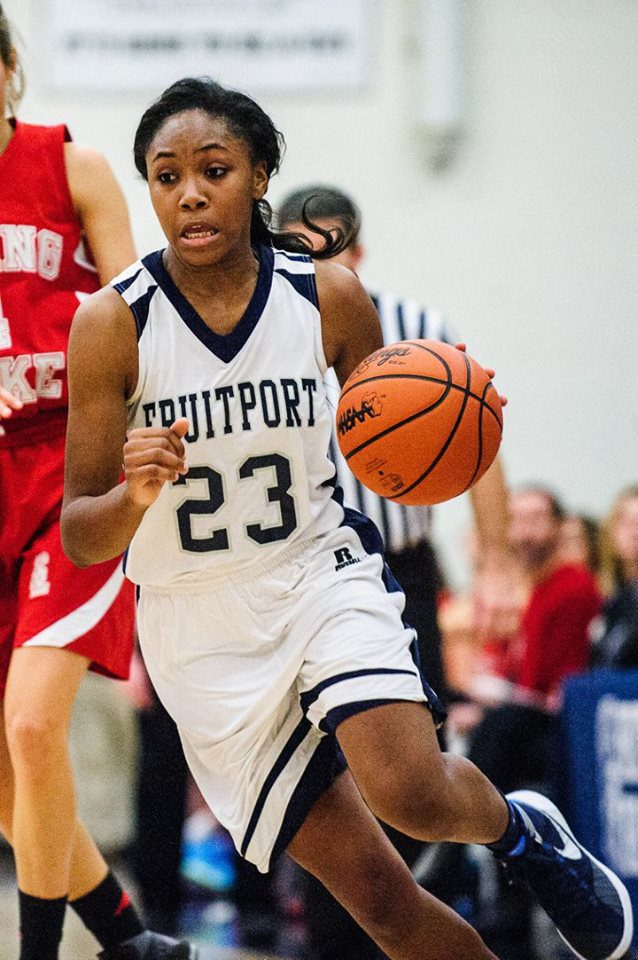 Iyana Brown brings the ball up the floor against Spring Lake.

“To me it’s not really surprising because I knew we had a good team, and we had a lot of talent coming back,” said senior forward Alyssa Veihl. “This team has really bonded. We’re close on and off the court. I think that has helped us grow as a team.”

For German, the keys to success are simple. It starts with defense. The Trojans are allowing opponents to sjust 32 points a game, and 30.2 during their win streak.

“You look at our stats, and our assists are up 2-3 a game compared to last season, our turnovers are down 6 or 7, we’re winning the rebounding battle on a nightly basis,” German said. “You combine all of those things together and it really starts to stack up.”

German admits the Trojans are not the flashiest team offensively, but they do have some star power in junior guard/forward Iyana Brown, who topped 1,000 career points on Tuesday in a win against Whitehall.

Although she’s unselfish almost to a fault, Brown is turning into a superb playmaker, despite facing a lot of different defenses designed to slow her down, including box-and-1.

“She’s such a great teammate. I’ve been lucky to play with her the last two years,” Veihl said. “She’s super good at finishing at the basket and knowing when to share the ball and when to attack the hoop. She’s also really good on defense. She’s long and she reads the ball really well.”

Veihl, who set Fruitport’s single-season rebounding record a year ago, is on her way to eclipsing that record, pulling down 10.3 boards per game this year.

Fruitport is also taking much better care of the ball due to the play of two speedy guards – junior Emily Winicki and sophomore Jaydie Hanks, who comes off the bench. 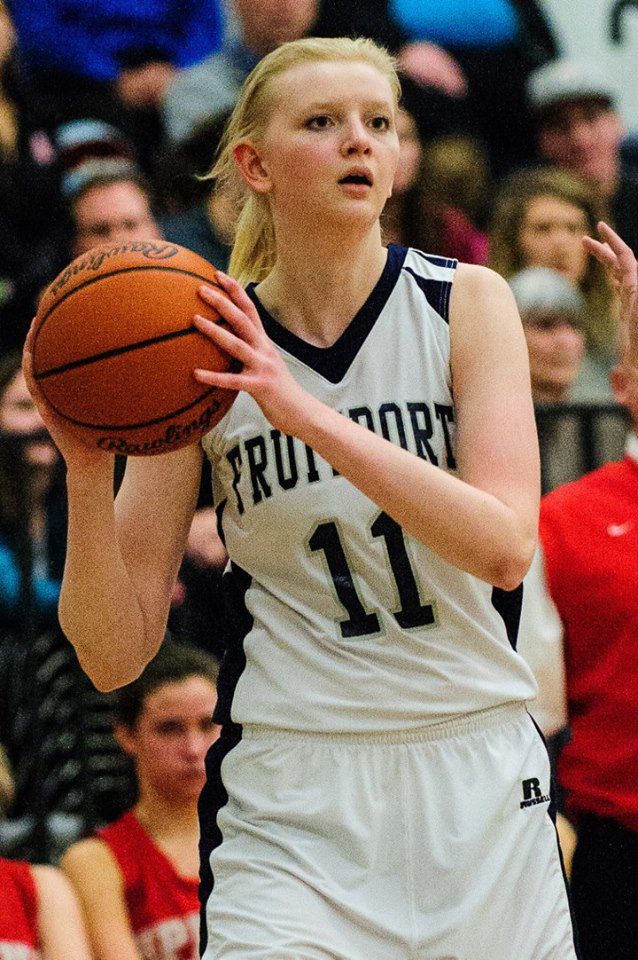 Eliza Johnson looks up to make the pass for Fruitport.

Although a league title and potential postseason success would be groundbreaking, German said basketball is still not as popular as volleyball at Fruitport.

For instance, the Trojans’ freshman basketball team had only two players with experience prior to this season.

“I’d say volleyball and soccer still dominate here,” German said. “I know for many volleyball can be a full-year sport and even softball is expanding past the spring. For myself, I’ve always been an advocate of letting kids play multiple sports and let kids be kids.

“For me, I want kids that want to be here, but I don’t hold grudges if they choose (another sport). With this group, they want to be here every day. They’re a good, athletic team.

“These kids want to improve and it’s been fun to be a part of that.” 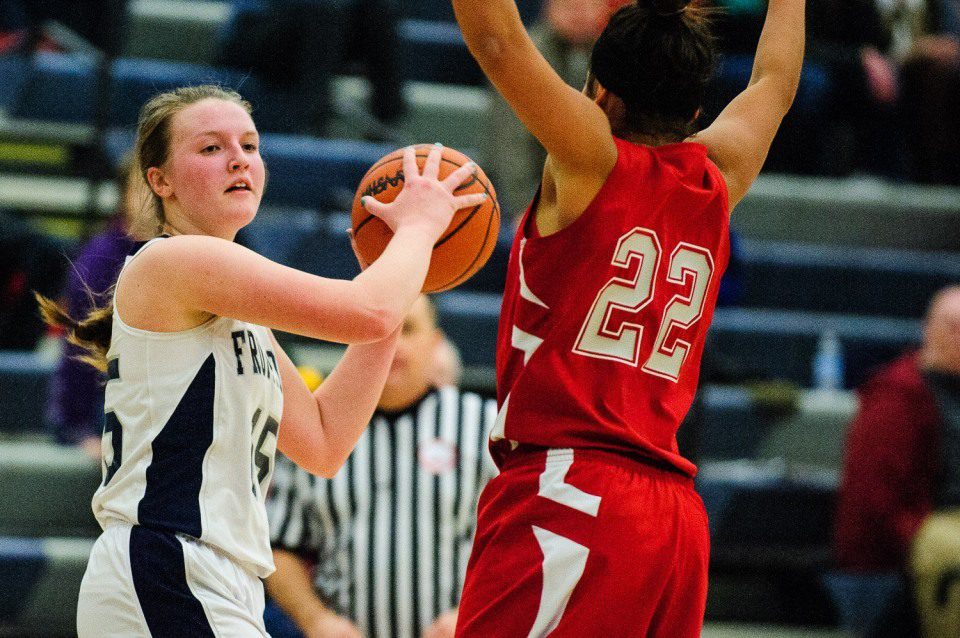 Fruitports Alyssa Veihl looks for an opening against Spring Lake.