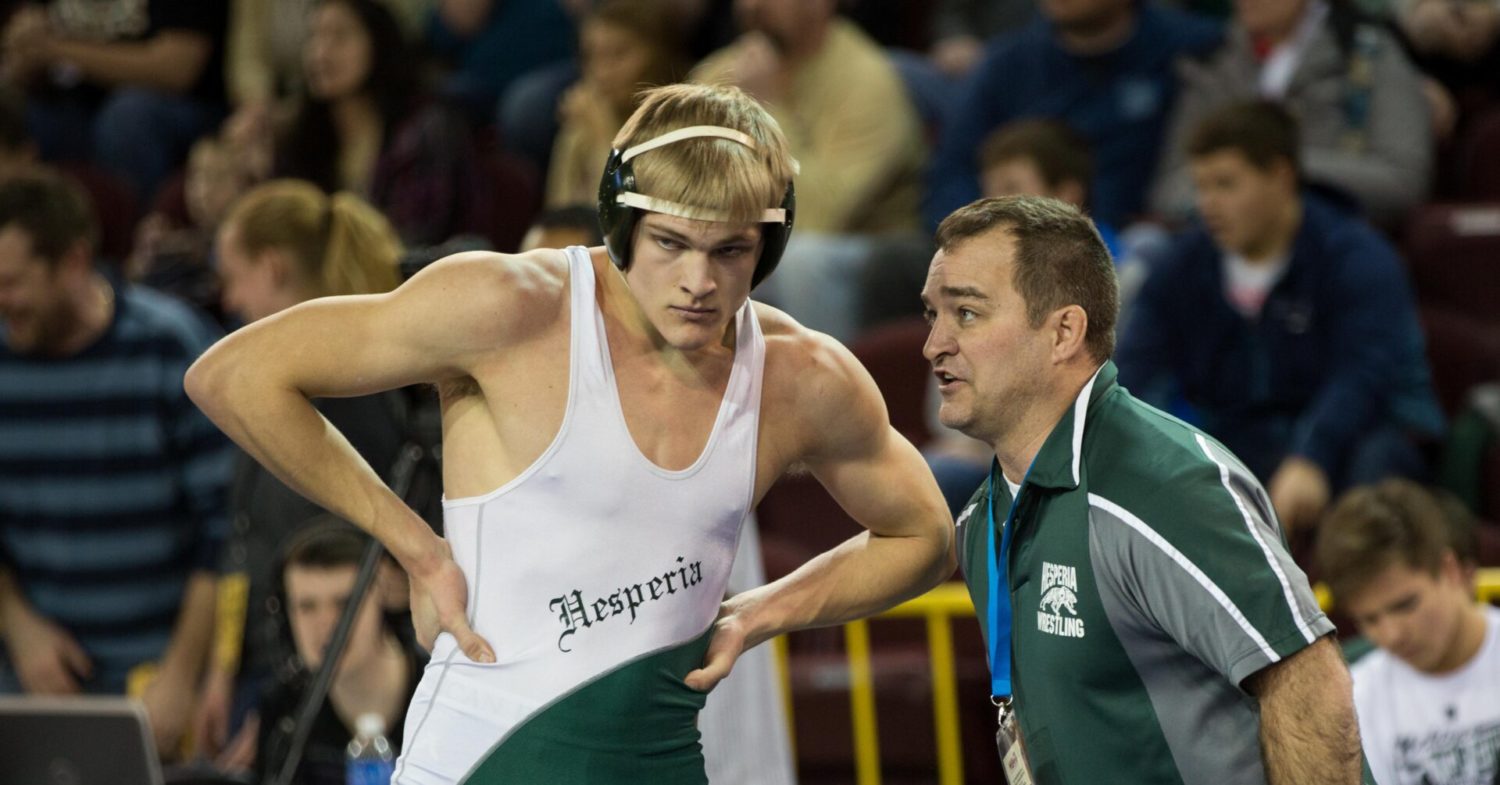 MOUNT PLEASANT – When a team gets deep in a tournament run, and faces quality opponents, all it can hope for is a chance to win at the end.

The Hesperia wrestling team had that chance on Friday in the Division 4 state quarterfinals, but fell just short of victory, falling 32-30 to Springport in a heartbreaker at Central Michigan University. 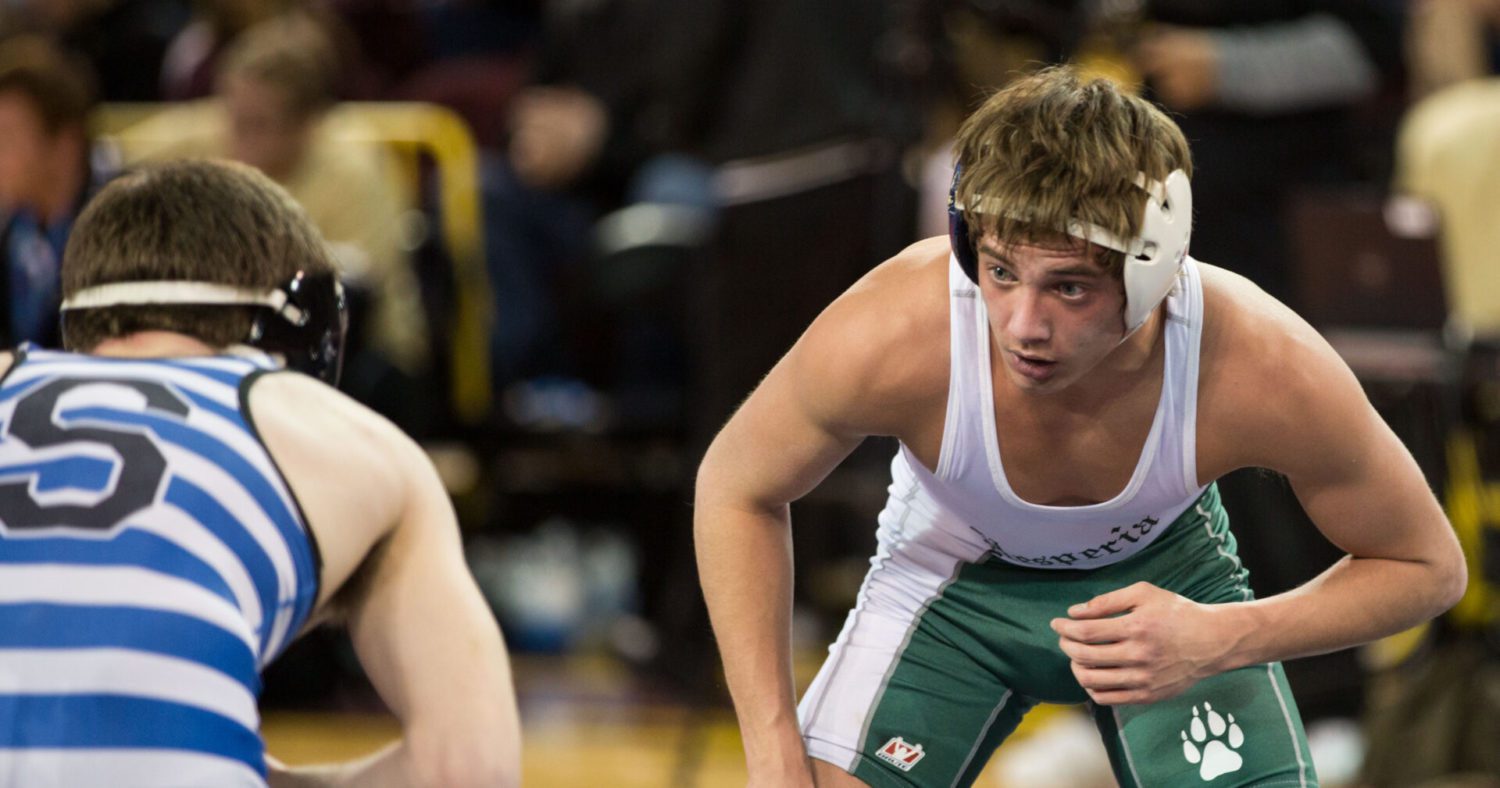 Davian Gowens of Hesperia faces off against Tyler Teague of Springport. Photo/Kevin Sielaff

The Panthers led by one point with only the 152-pound match to go. Hesperia standout Luke Eaves, who usually wrestles at 140 pounds, had the difficult task of moving up to face Taylor Whitmore of Springport.

“You know on that deal, there are 14 guys wrestling on our squad and (Eaves) just happened to be the last one,” said Hesperia head coach Doug Baird. “We wrestled a heck of a match. It was just Springport’s day, I suppose. Our kids wrestled well and just didn’t connect on some bonus points we may have needed.”

Hesperia started off well with Zack Young (160) and Mark Workman (171) picking up victories to give Hesperia a 6-0 lead after two matches.

Springport tied the match at 6-6 when Nick Cooper pinned Hesperia’s Nate Smith (189) in the second round of the 189-pound match. Springport then took a 9-6 lead when Luke Overweg beat Triston Rubin of Hesperia 6-4 in the 215-pound match. 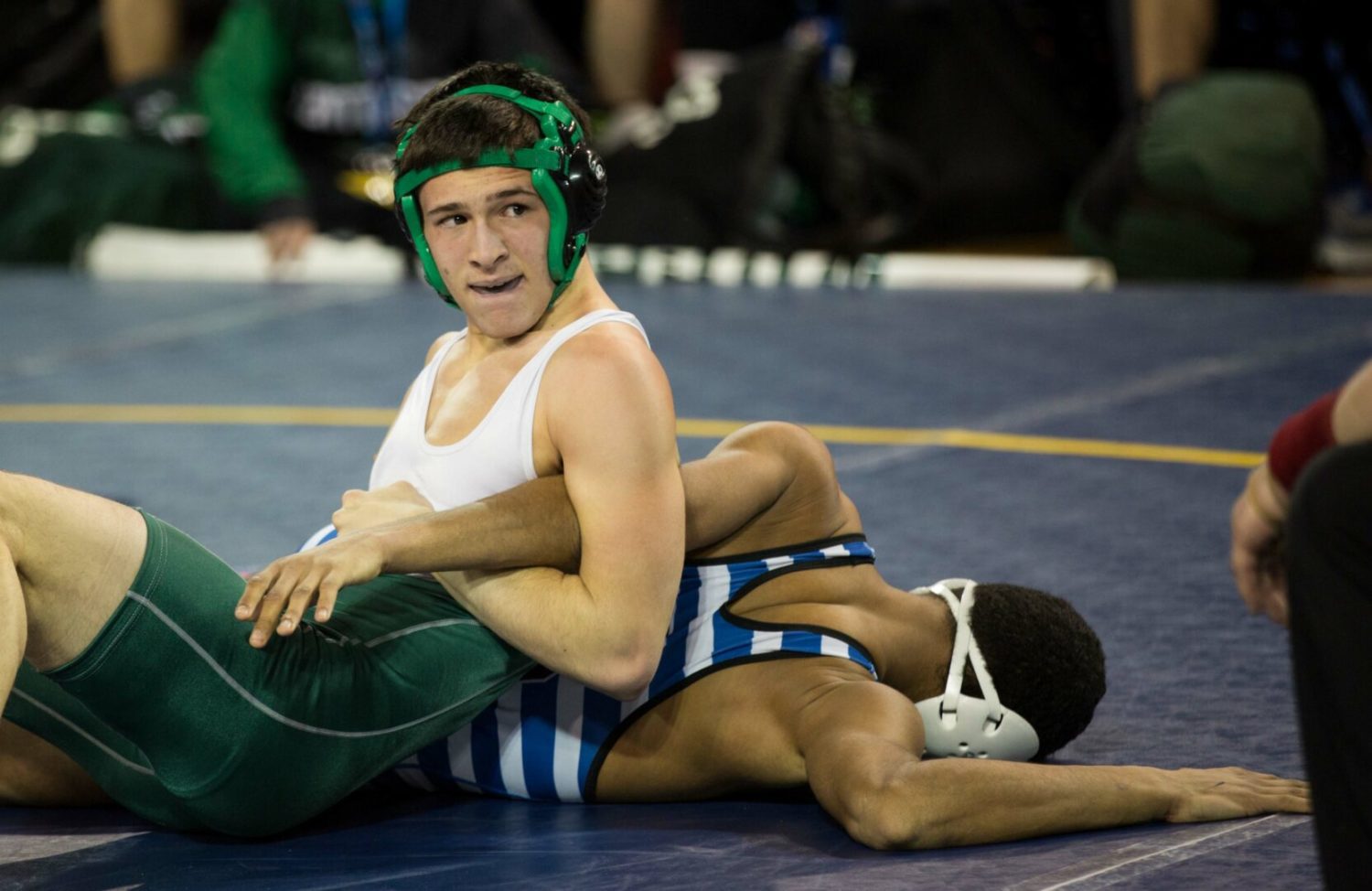 Logan Eaves faces off against Taylor Whitmore of Springport but loses via decision. Photo/Kevin Sielaff

Hesperia heavyweight Josh Ehrke started a turnaround that saw the Panthers win four of the next five matches.

Ehrke defeated Brenden Hunter of Springport 8-2. Hesperia’s Connor Baird (103) and Kurtis Stitt (119) each won with first-round pins. Davian Gowens (125) capped off the run with a 5-3 victory that put the Panthers on top 24-15 with five matches remaining.

The Panther lead was cut to 24-21 when Noah Teague of Springport pinned Charles Figueroa in the 130-pound match.

Springport jumped ahead 29-24 when Mitch Ross (135) and Trentyn Gleason (140) of Hesperia were each defeated in major decisions. The winning wrestlers for Springport were Devin Strong (135) and Sean O’Hearon (140).

The situation was starting to look grim for the Panthers with only two matches remaining when Gerrit Yates (145) took the mat.

Yates took only 1:23 to make the Panther crowd explode when he pinned Logan Garret and gave Hesperia a 30-29 lead heading into the final match.

However, the Panthers season came to an end when state qualifier Whitmore of Springport was able to defeat Eaves.

Baird said he takes pride in what his seniors have accomplished and how they’ve led the younger guys on his team this year. “We went through some adversity here at Hesperia and we wrestled with four seniors today while the rest were freshmen and sophomores,” the coach said. “They’ve (seniors) gotten us right back in the right direction.”

With all that youth on the team, Baird has strong hopes for the future of Hesperia wrestling.

“I don’t think this is the last you’ll see of these group of guys and this will only make them hungrier,” Baird said. 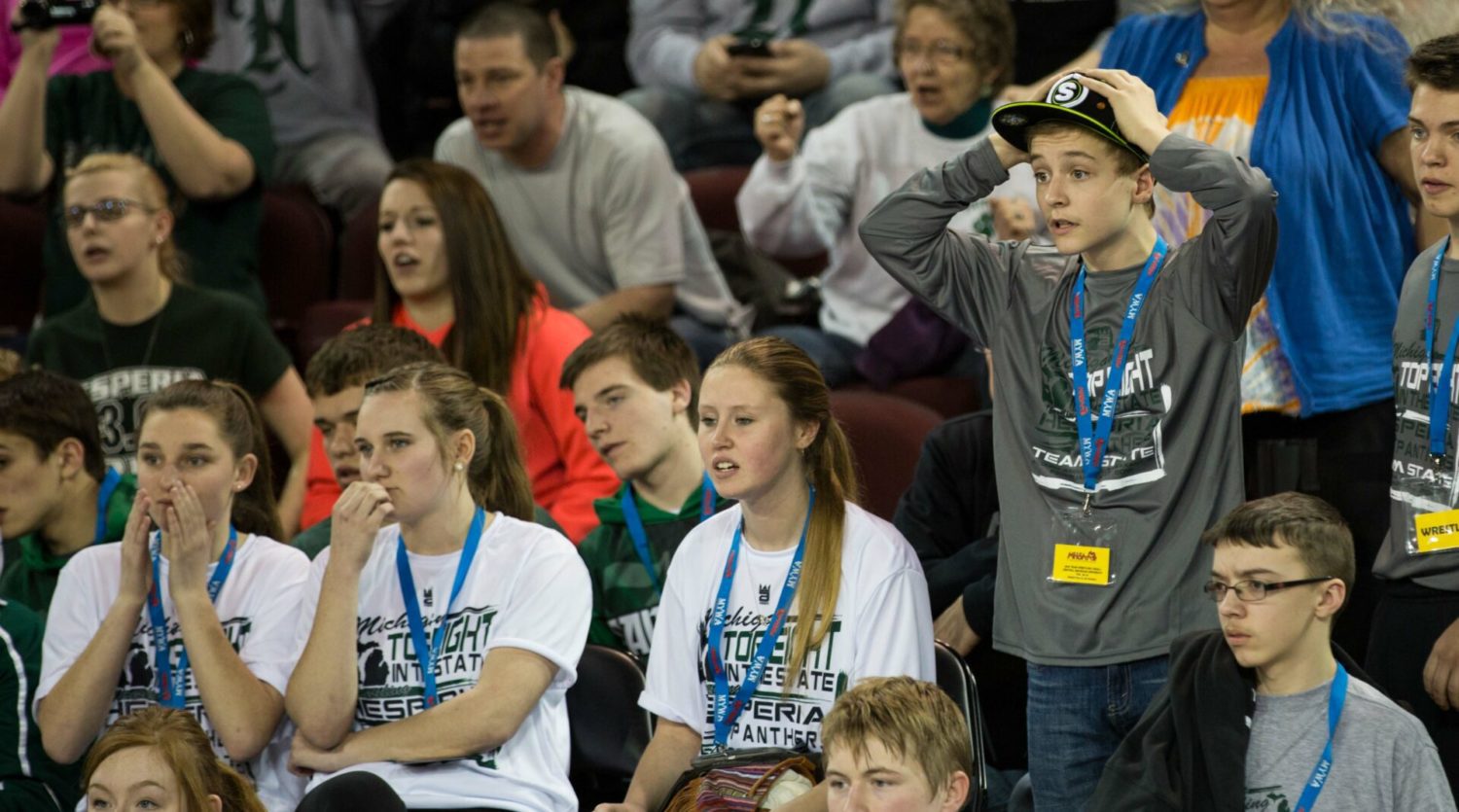 A shocked Hesperia bench looks on toward the final match. Photo/Kevin Sielaff 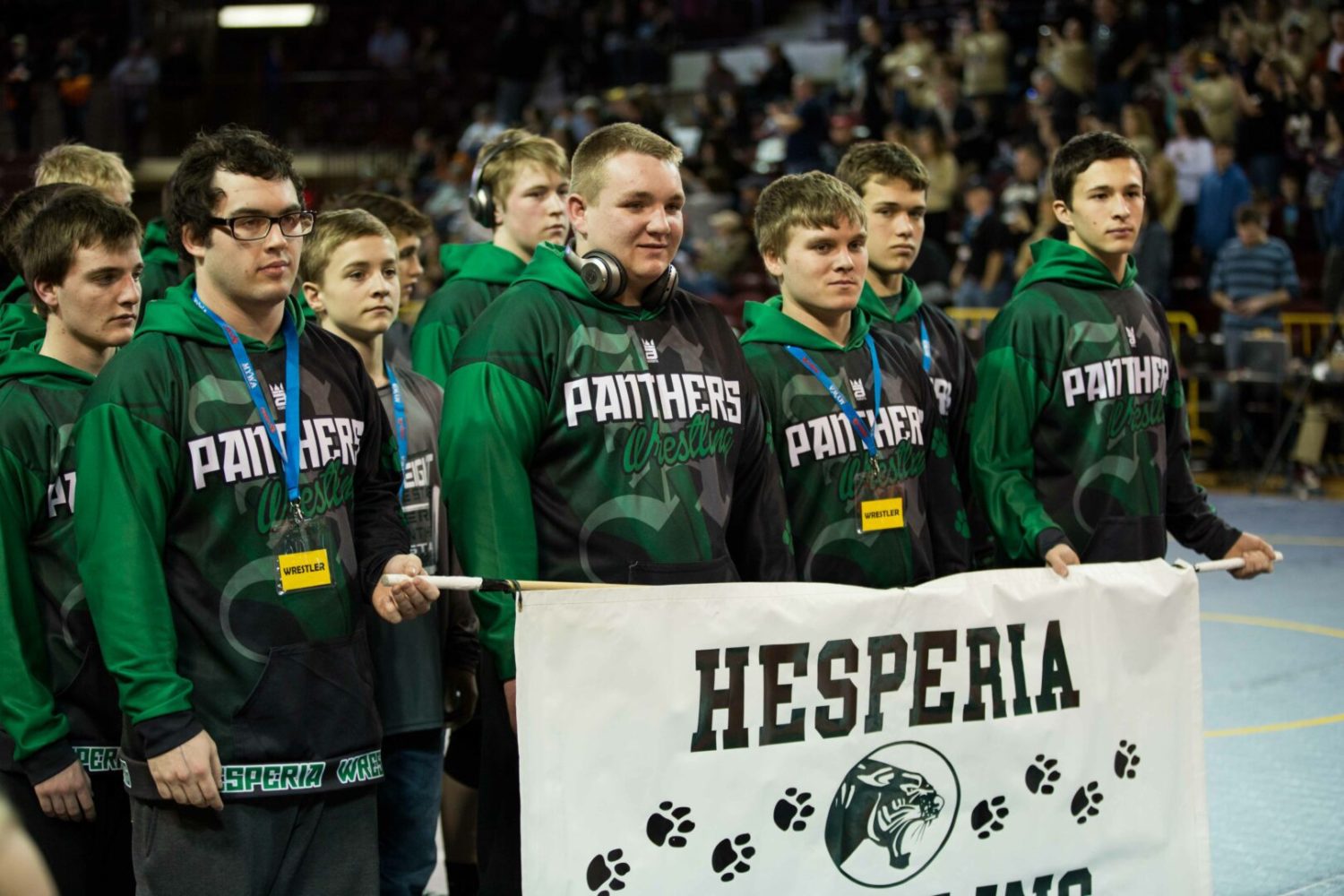 Hesperia enters the arena and partipates in the traditional grand march before they hit the mat.Photo/Kevin Sielaff 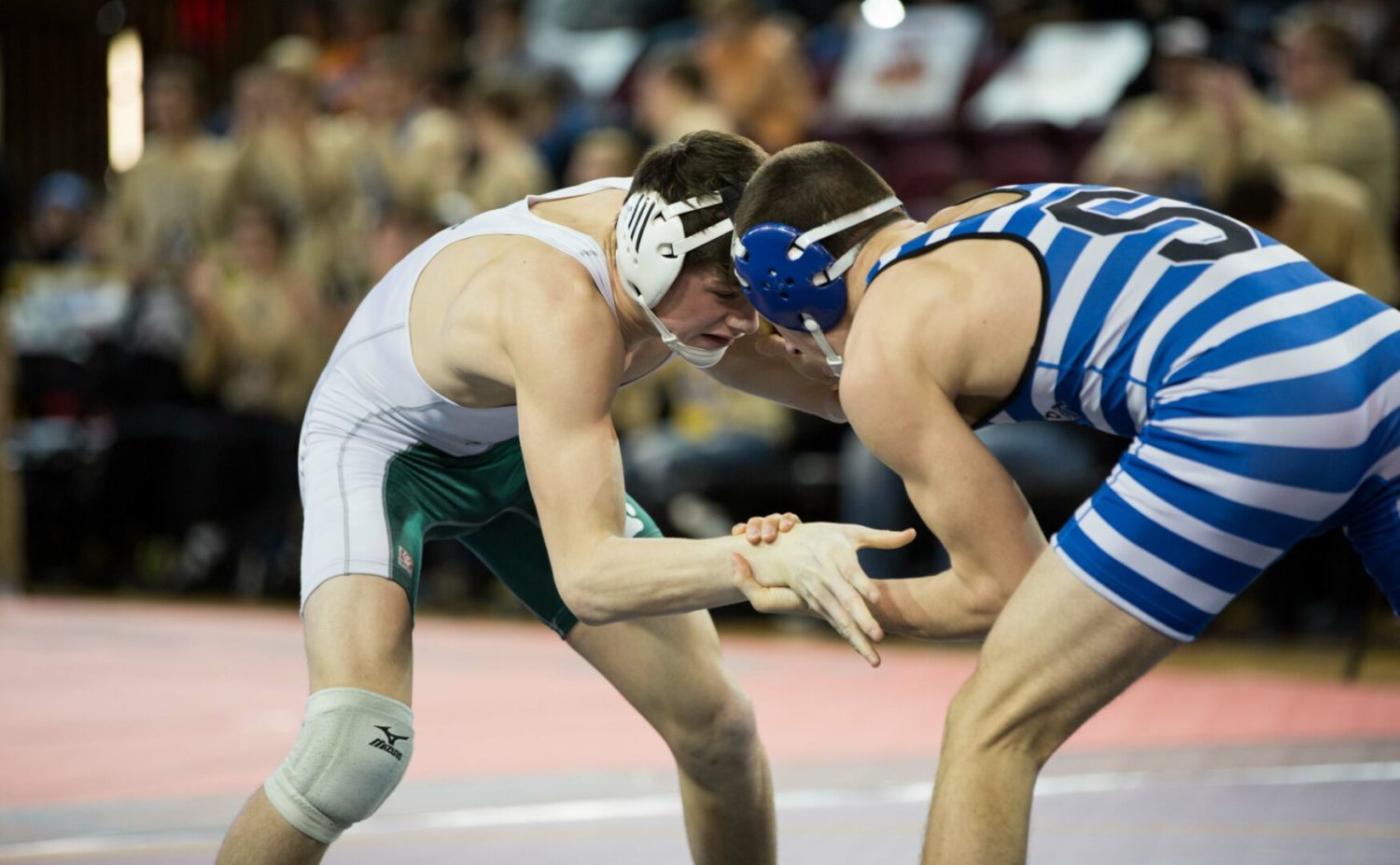 Zach Young of Hesperia squares off against Zach Betz of Springport. Photo/Kevin Sielaff 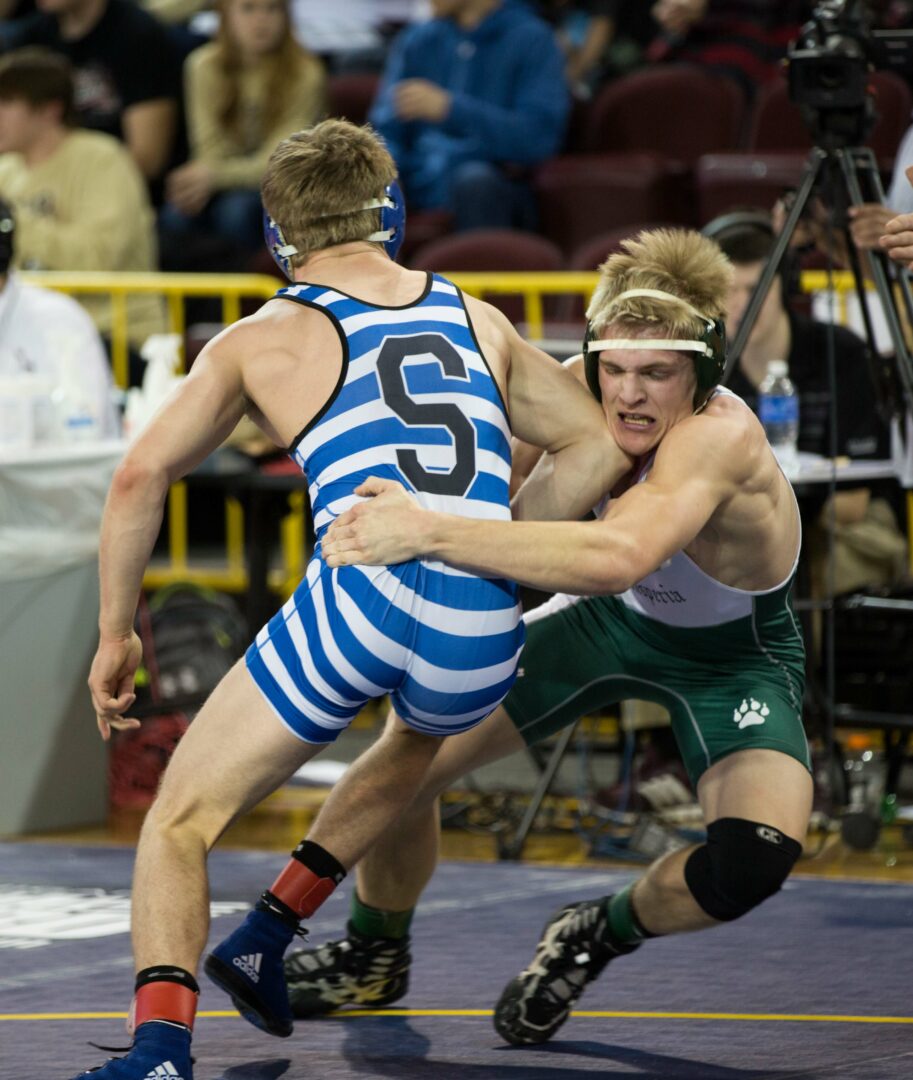 Mark Workman of Hesperia squares off against Zeth Caudill of Springport. Photo/Kevin Sielaff 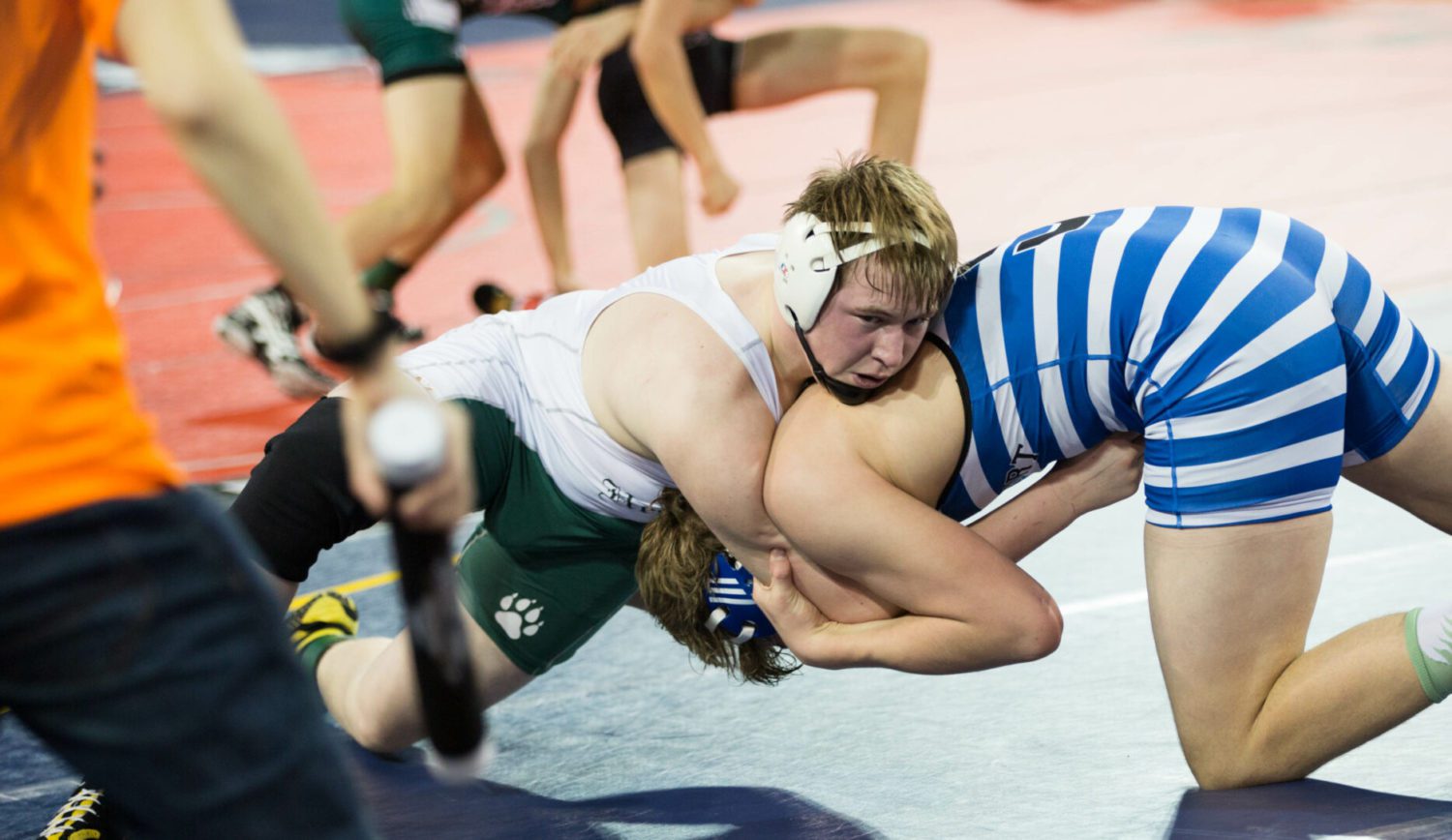 Triston Rubin of Hesperia squares off against Luke Overweg of Springport and loses the match. Photo/Kevin Sielaff