Lumberjacks rally from a three-goal deficit, defeat Madison in overtime 6-5

MUSKEGON – There’s apparently some fight left in the Muskegon Lumberjacks.

The Jacks came into Friday’s game with a three-game losing streak, the last coming on Monday after they squandered a three-goal lead.

To complicate matters, they entered the game with five key players missing from the lineup. 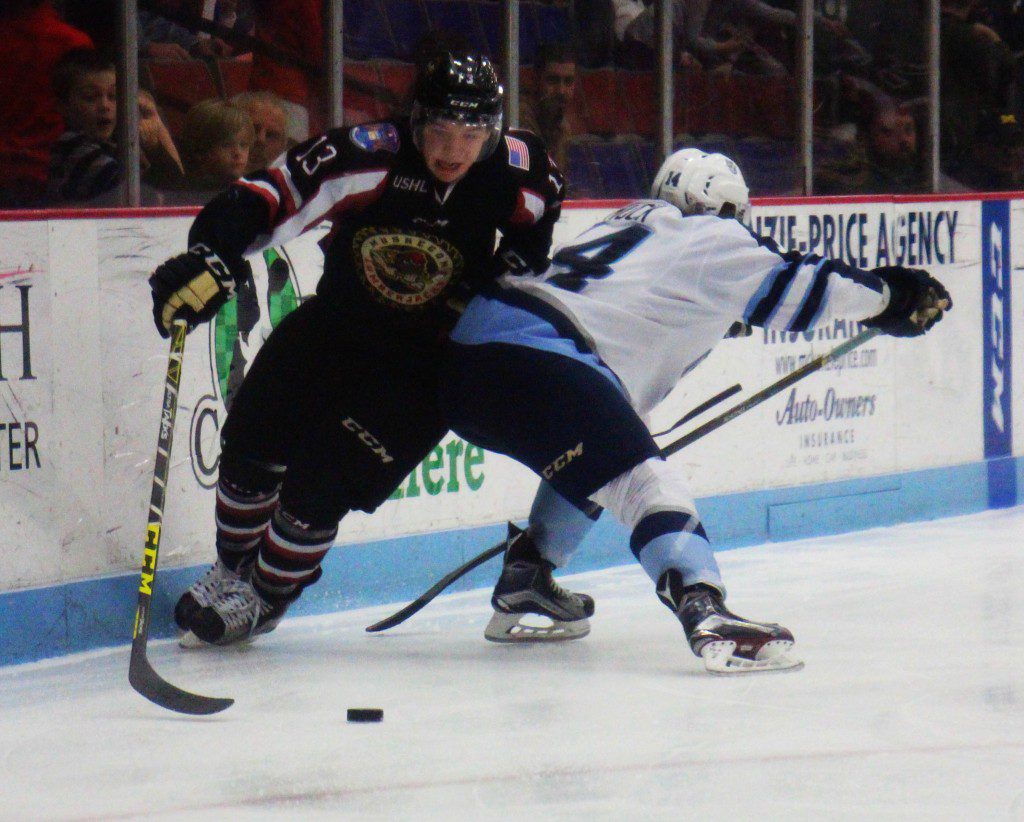 And things didn’t start out well against the Madison Capitols, who scored three goals within two minutes in the second period to take a three-goal lead.

But the Lumberjacks fought back.

They rallied for three goals in the third period to force overtime, then Collin Adams scored just 30 seconds into the extra session to give Muskegon an exciting 6-5 victory in front of 1,912 screaming fans at L.C. Walker Arena.

The Jacks, in last place in the USHL’s Eastern Conference, improved to 17-19-5 on the season. They are still 14 points out of the last playoff spot with 19 games left in the regular season.

What made the victory extra impressive was the absence of Lumberjacks captain Robbie DeMontis, defensemen Bo Hanson and Grant Gabrielle and forwards Chris Klack and Jacob Coleman.

DeMontis, who recently became captain following the trade of Trevor Hamilton, is out for the season with a shoulder injury. Klack is out until the end of March with a broken jaw.

The other three players were scratched from the lineup so the Lumberjacks could call up several young affiliates and give them a look in a game situation.

“It’s about time,” said Lumberjacks Coach Todd Krygier, regarding the much-needed victory. “We are wiping the slate clean, we set some objectives for ourselves and we got down and we worked our way back. 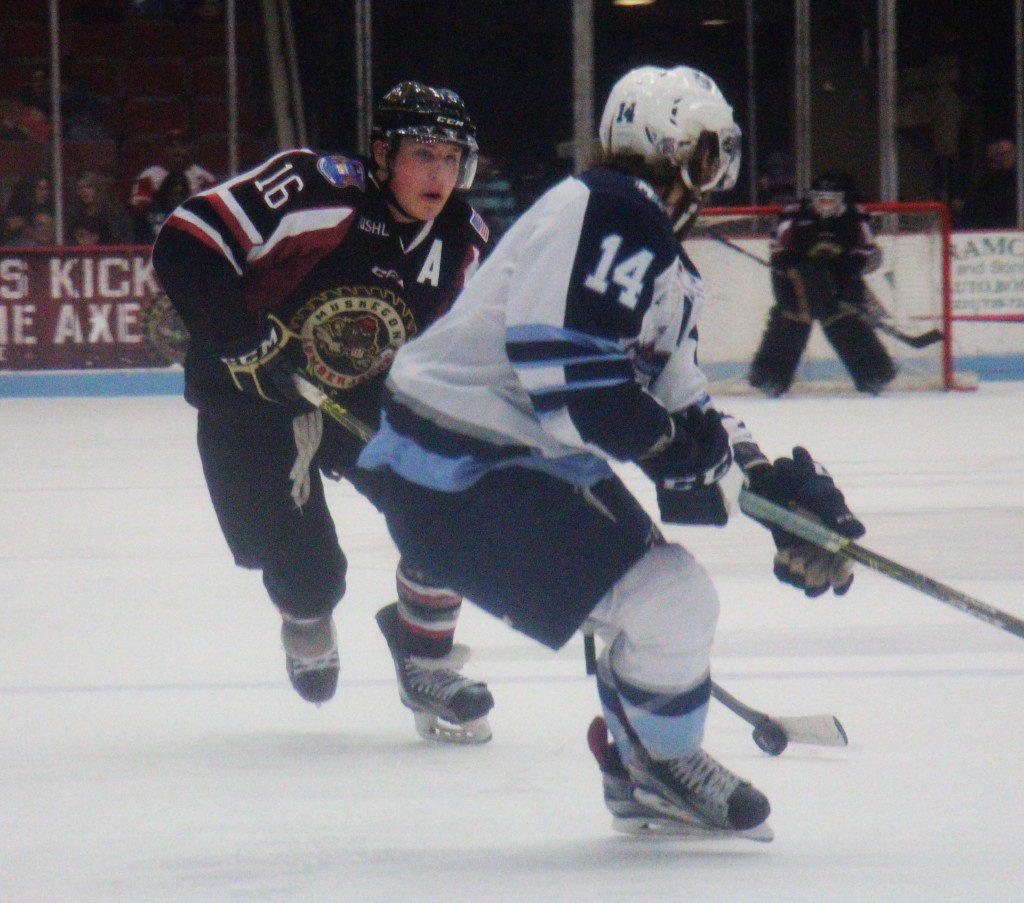 No. 16 Rem Pitlick gets ready to set up a Collin Adams goal. Photo/Jason Goorman

“What’s most important is how we respond tomorrow. We have 19 games left and you never know what can happen.”

The Capitols opened the scoring at 13:08 of the first period on a goal from Sam McCormick, who finished with a hat trick.

The Lumberjacks responded with a late first period goal from Will Graber at the 18:31 mark. Tyler Irvine and Graham Lillibridge assisted on the goal.

The Capitols scored three goals during the first six minutes of the third period to take a 4-1 lead.

McCormick netted his second goal at the 4:05 mark, Ryan Lohin added a tally 4:41 and Marcel Godbout completed the outburst 5:59 into the second period.

Muskegon cut its deficit to 4-2 with a goal from Adams 15:33 into the second period. Pitlick and Paulovic assisted.

The Lumberjacks collected a short-handed goal from Palecco 4:49 into the third period to cut their deficit to 4-3.  Irvine picked up the lone assist on the tally.

Madison’s McCormick completed his hat trick to give the Capitols a 5-3 lead at the 7:27 mark of the third period.

Then the comeback got serious.

Pitlick scored his league leading 28th goal of the season at the 8:22 mark of the third period to cut the Jacks’ deficit to 5-4. John Sladic assisted.

Paulovic scored at 9:42 of the third period, with an assist from Pitlick, to tie the score 5-5.

A Madison player was called for slashing with just seconds left in regulation, allowing the Lumberjacks to open overtime with a power play.

Adams took advantage just 30 seconds into the second period, scoring the winning goal with assists from Pitlick and Nathaniel Kallen.

The Lumberjacks outshot Madison 43-36 through regulation and overtime. 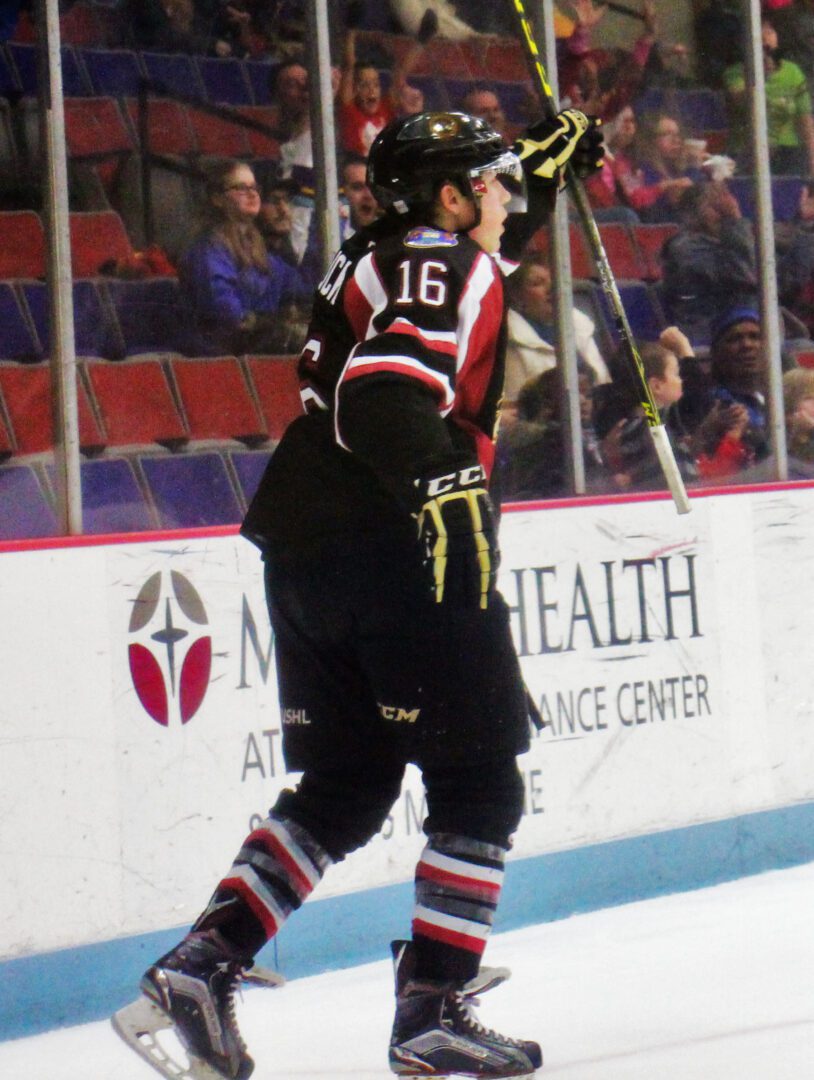 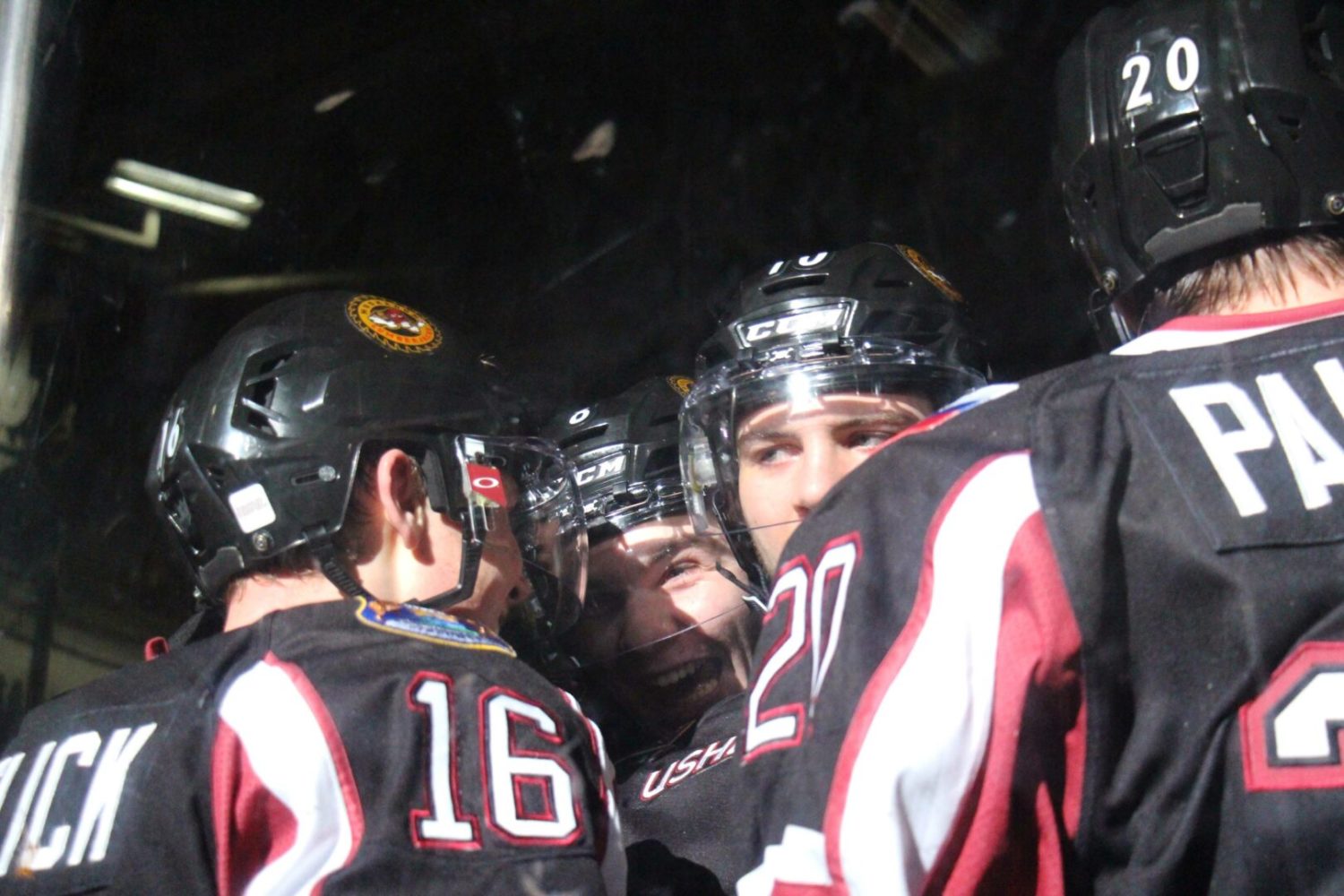 Zach Berzolla screams in the face of Rem Pitlick after the goal. Photo/Jason Goorman 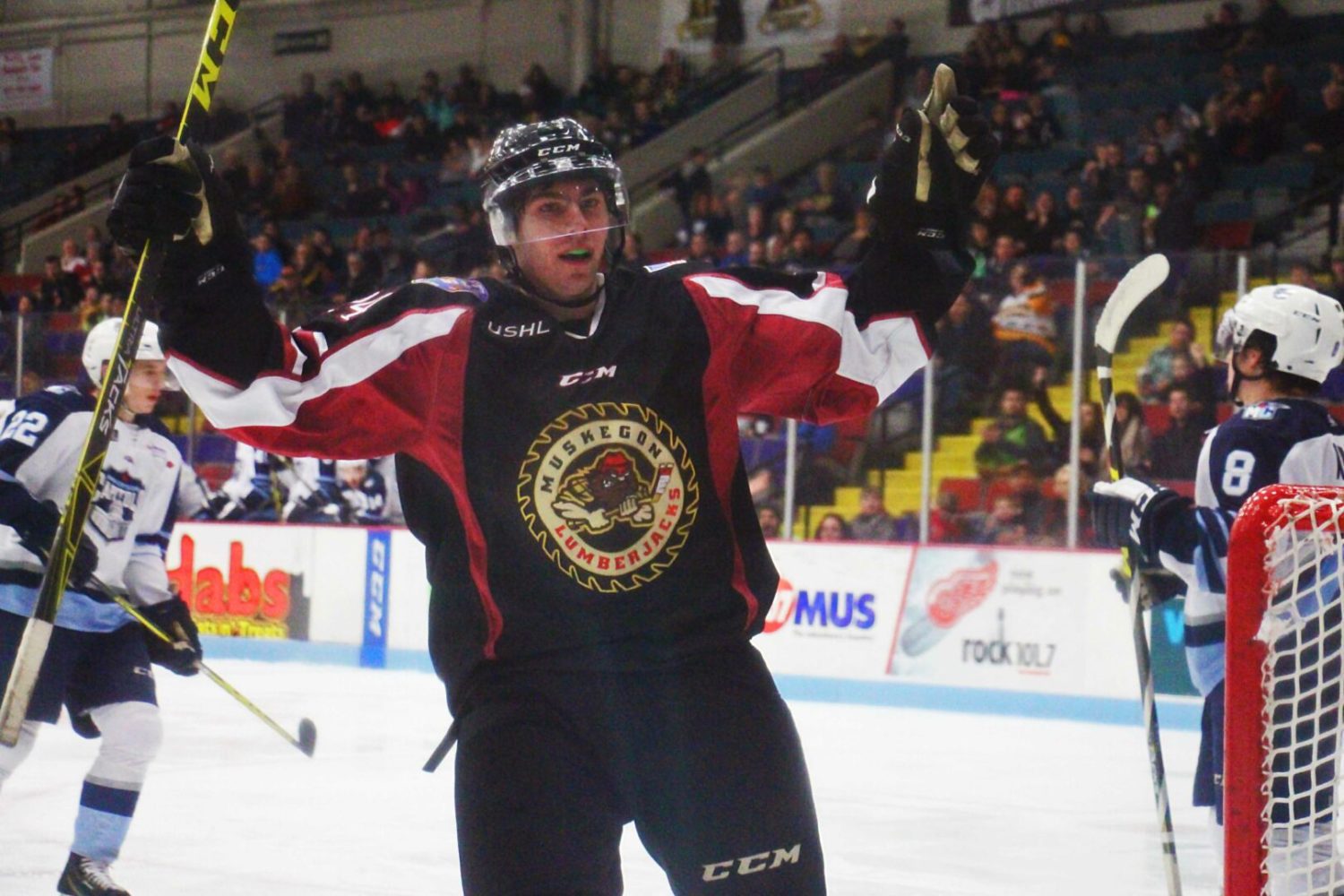