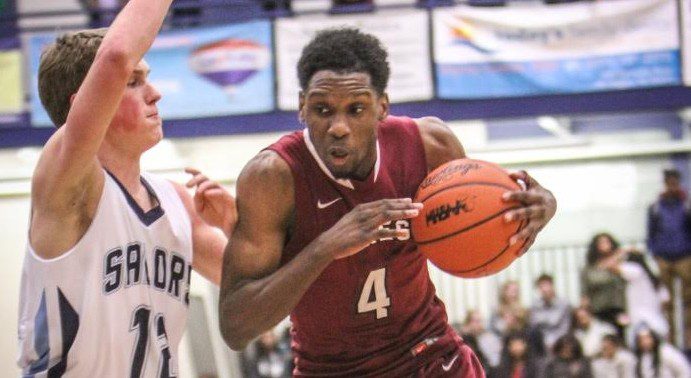 NORTON SHORES – The Muskegon Big Reds have experienced a few disappointing losses this season, but they continue to own the O-K Black Conference.

The Big Reds entered Friday’s game against Mona Shores with a 27-game conference winning streak, dating back to the 2012-13 season. 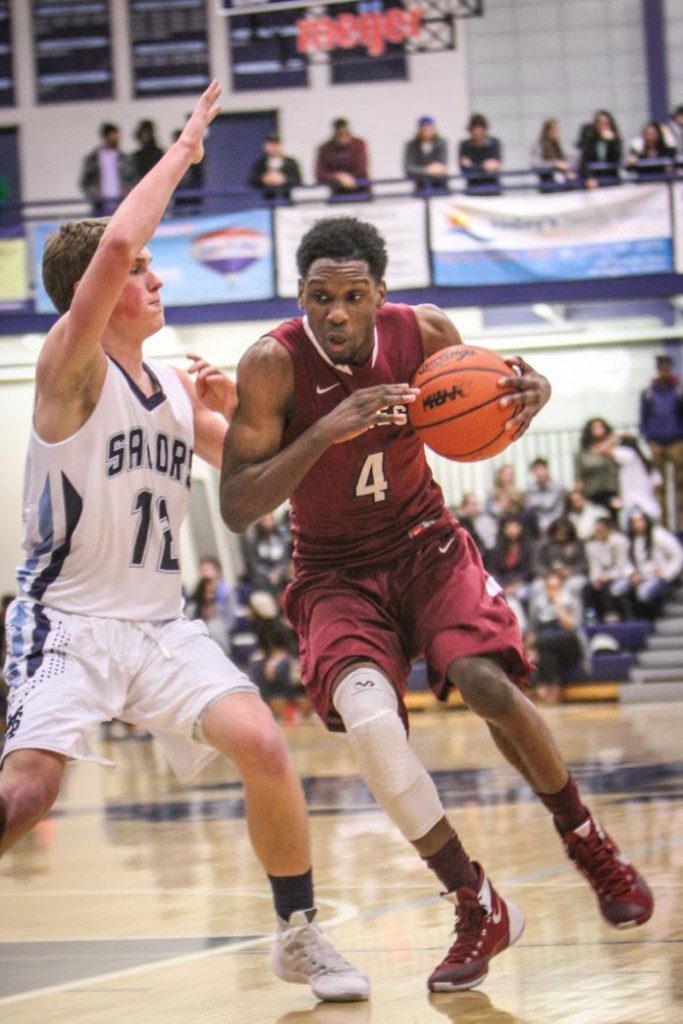 They extended that streak to 28 against the Sailors, blowing open the game in the second half and winning 80-46 on the Sailors’ home court.

Muskegon improved to 10-3 overall this season and 6-0 in the O-K Black.

The game was relatively close in the first half, with the Big Reds only leading 25-16 at halftime.

“It was an ugly first half,” said Muskegon Coach Keith Guy. “But we got after it in the second half, I was happy to see that.

“We finished on the loose balls, we were tough, we got on the floor, which I love to see. We ran the floor and shared the ball, it was good to watch.”

Muskegon came out after halftime on a mission, shooting 58-percent in the third quarter and making eight of nine free throw attempts to increase its lead to 53-32 entering the final stanza.

The fourth quarter was marred by numerous fouls on each team, resulting in 32 attempted free throws.

“That’s the best game I’ve had all year,” Hill-McKay said. “This is my coming out party. I look to build on that the rest of the season. 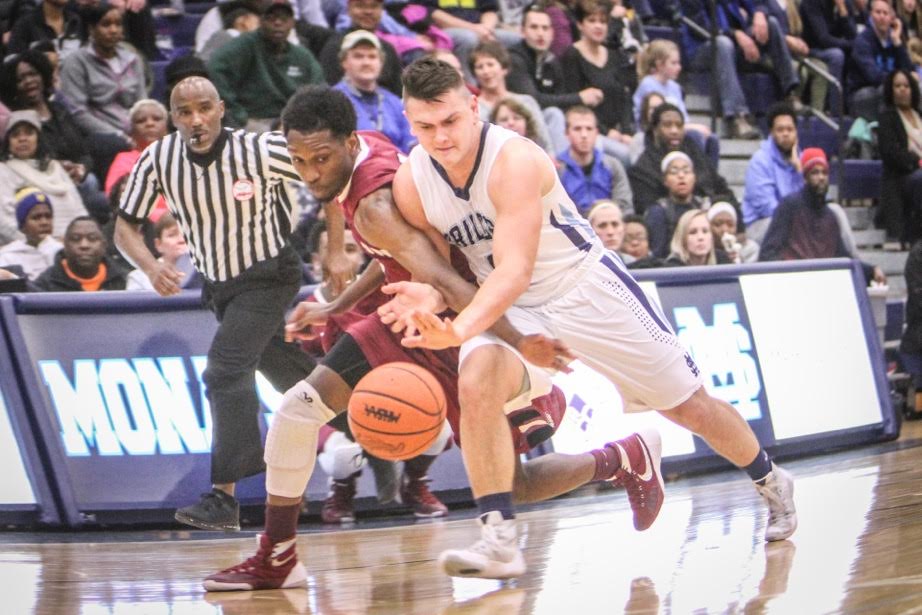 “It’s not necessarily about scoring. I’ve got to play hard on defense first because defense is our main priority on the team.” Michael Littlejohn added 16 points for the Big Reds and Jermane Golidy chipped in 10.

The Sailors were led by Tyler LeMense, who scored 12 points and was 3-for-3 from beyond the arc. Tyler Trovinger added 10 in the losing effort. 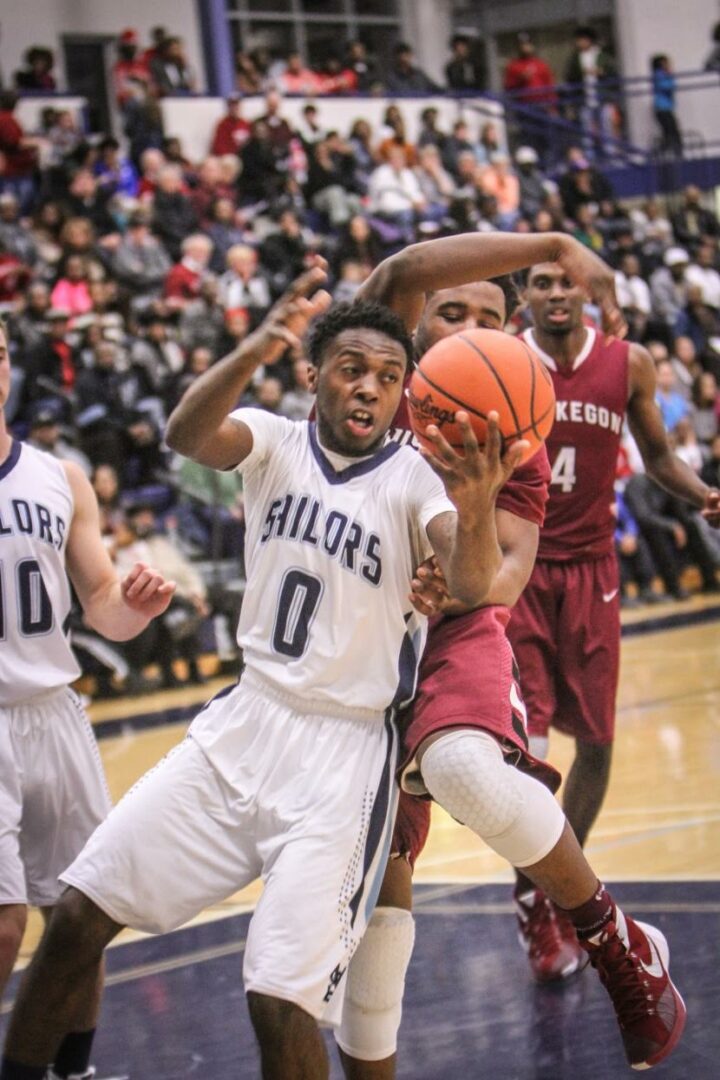 Deandre Oakes-Owens looks for two on the break. Photo/Joe Lane 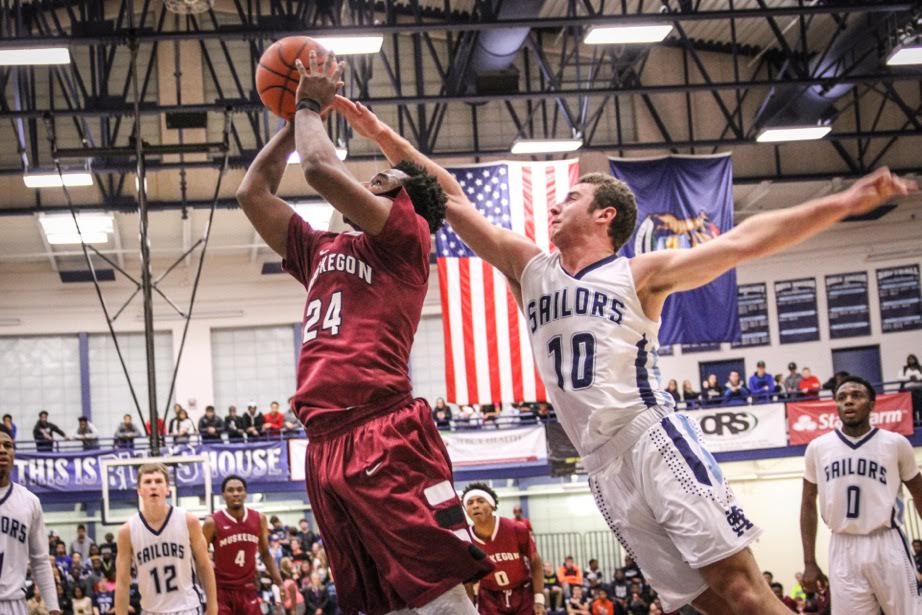 Terrion HIll-McKay goes up for the shot as Hunter Broersma tries to block. Photo/Joe Lane 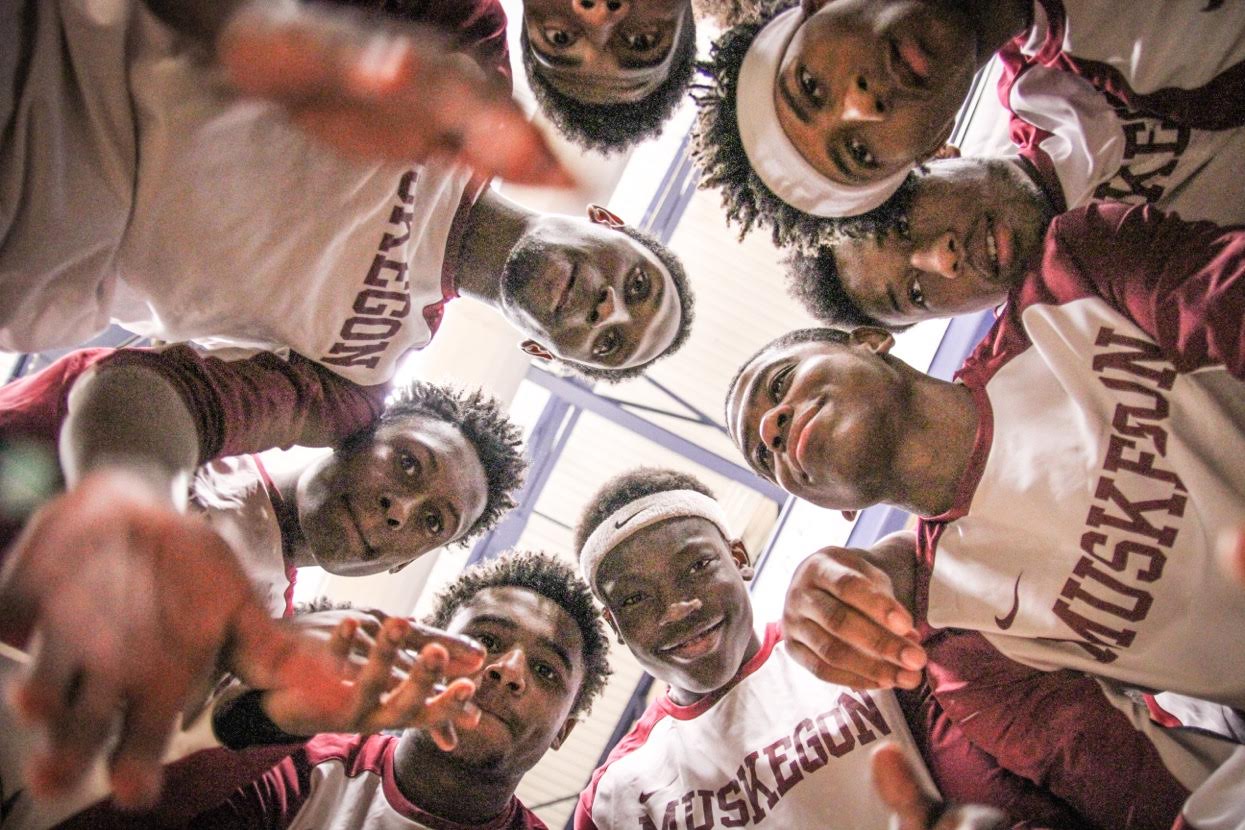 The Muskegon Big Reds get candid for a Joe Lane photo. 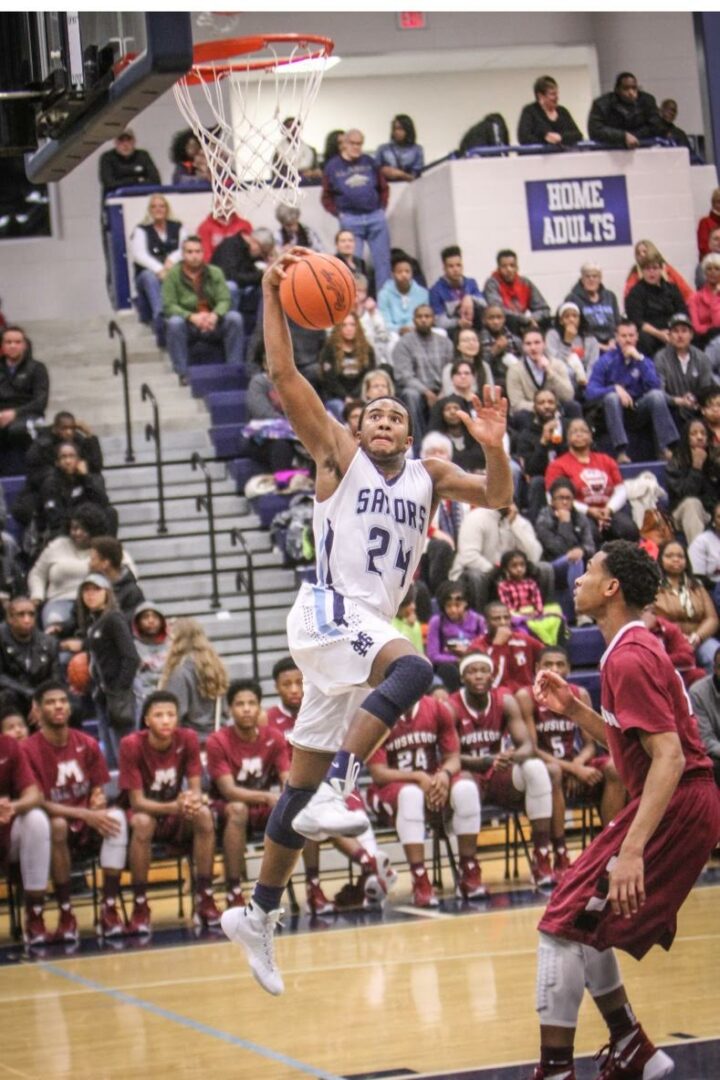