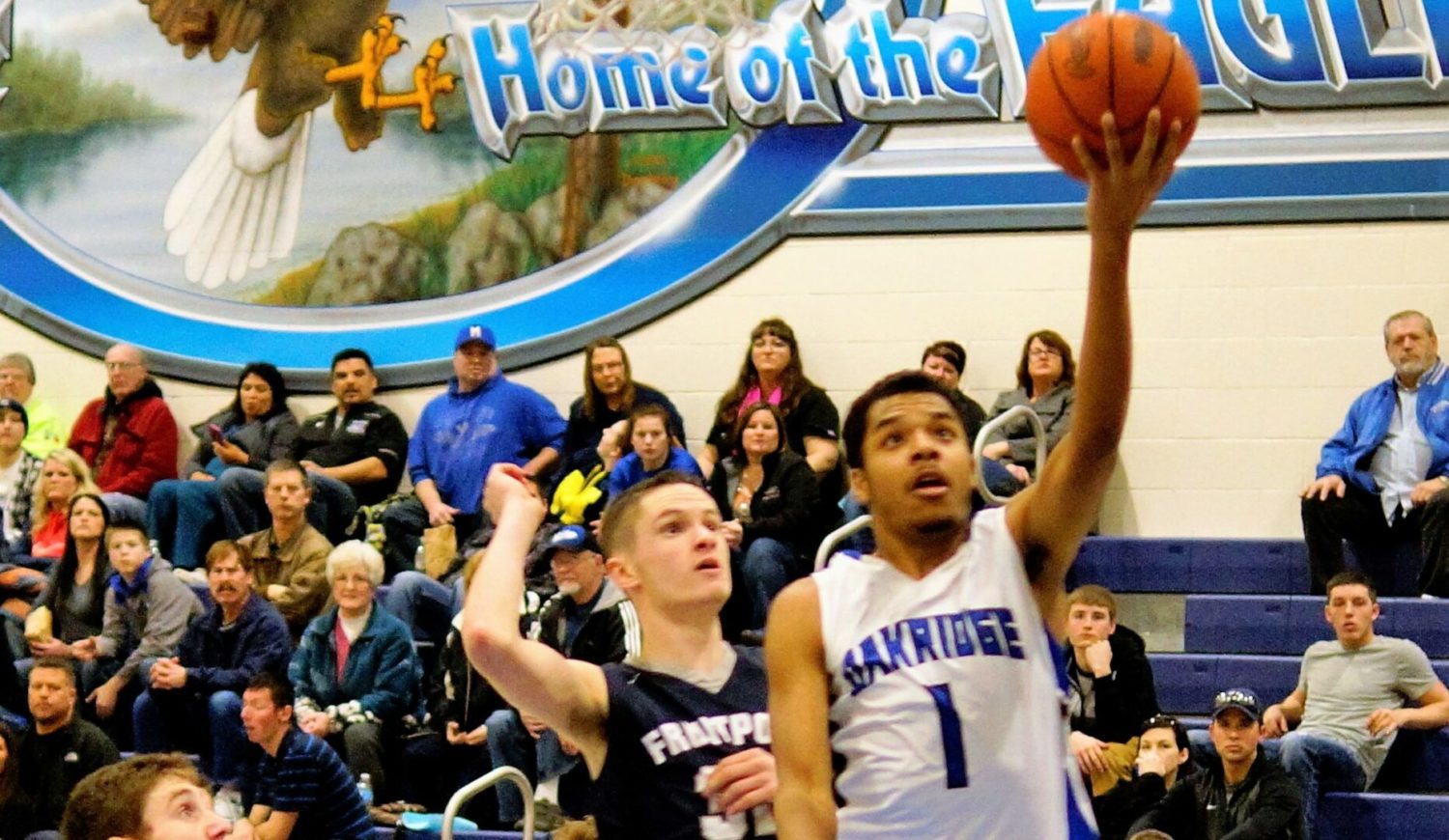 On Saturday, the Eagles handed Spring Lake just its third loss of the season. That win was the fifth in the last six games for Oakridge, including four in the gauntlet that is the West Michigan Conference.

Tuesday, the much improved Fruitport Trojans (6-10, 4-4 Lakes 8) visited the Eagles Nest for a non-conference bout. The Trojans found themselves down by 14 points entering the final quarter but managed to tie the score late before falling 52-46 in a nail-biter. The Eagles improved to 13-5 overall. 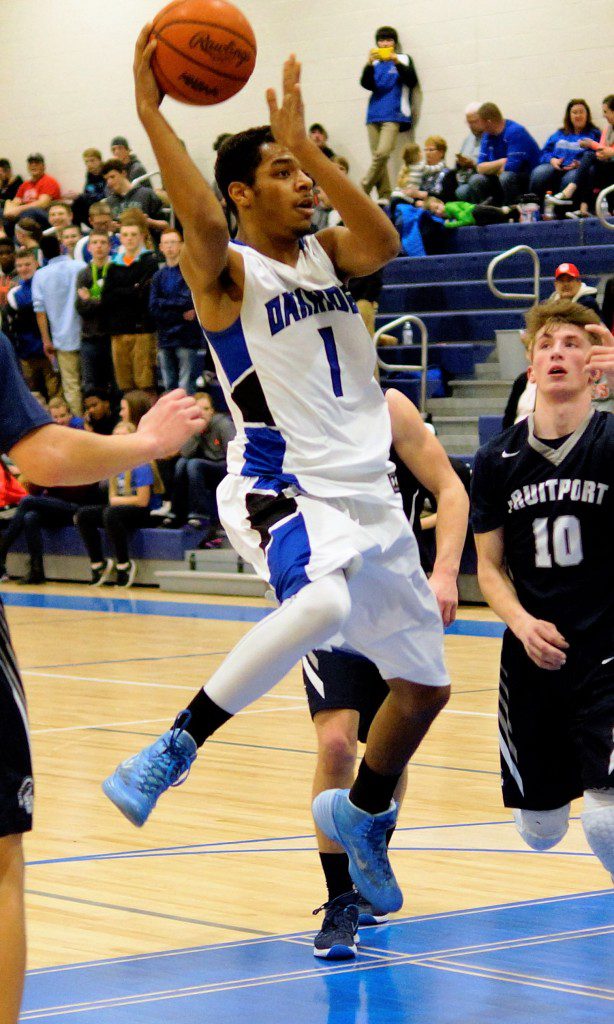 “We got a big lead and they did a good job of fighting back to get back into it,” Oakridge coach Tracy Ruel said. “We should have done a better job of not settling for some of the outside shots that we took towards the end. When we attack the basket good things happen for us.”

Fruitport jumped out to an early 9-2 lead and lead 13-9 after the first quarter before Oakridge took a 17-15 lead that it did not relinquish.

Fruitport closed the gap slightly and entered the locker room down 27-18. Brady Luttrull and Morgan Meinders scored seven points apiece to lead Oakridge in the first half.

Both teams clamped down on defense in the third quarter with just 15 points scored combined, 10 for the Eagles.

Though down 37-23 after three quarters, Fruitport head coach Adam Anspach would not allow his team to hand their heads. The Trojans matched their game total to that point, scoring 23 in the fourth quarter alone.

“We just had to find a way to fight back,” Anspach said. “Feeling sorry for ourselves for a quarter, we don’t have time to do that. We’ve got to fight and find a way, we knocked down some shots and that’s what it’s about for us all year long.

“If we can make shots, we can play with anyone on our schedule. We get open shots, we just need to make them sometimes.”

Zack Miller scored 10 of his 12 points in the fourth quarter for the Trojans, including an and-1 with 1:39 to tie the game at 44 points apiece.

From then on, Oakridge made two out of three field goal attempts and hit six of their seven free throw tries to ice the win.

Oakridge was led by James Cooper III with 13 points with Luttrull adding 12 of his own. 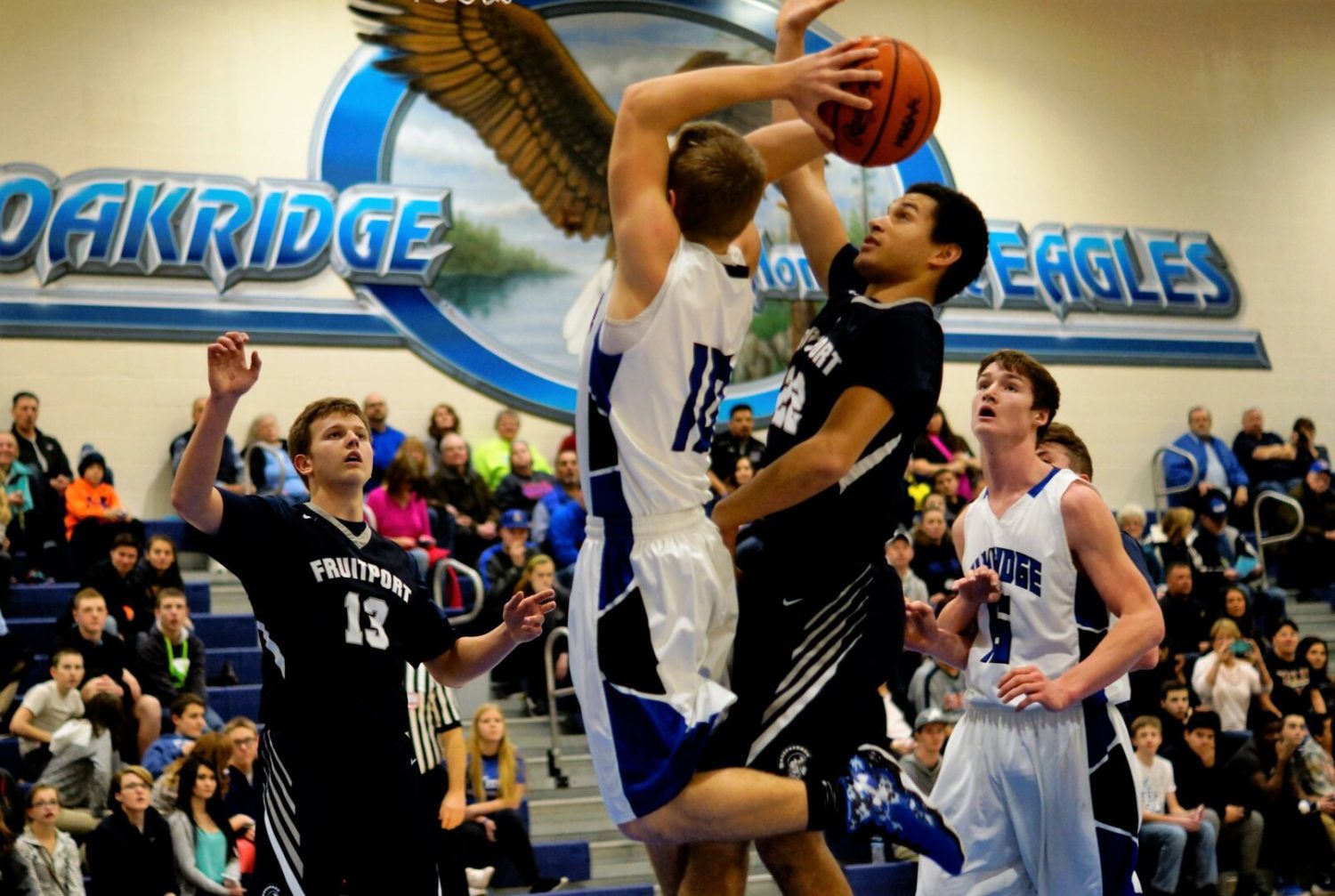 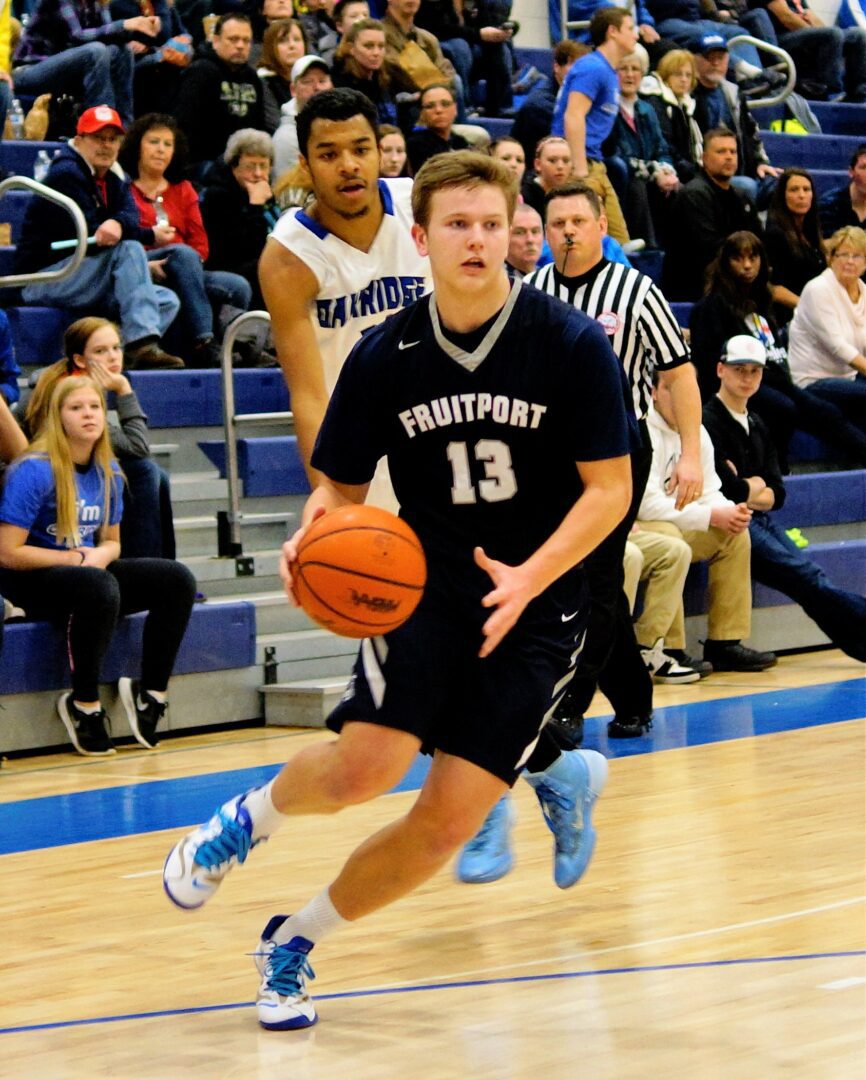 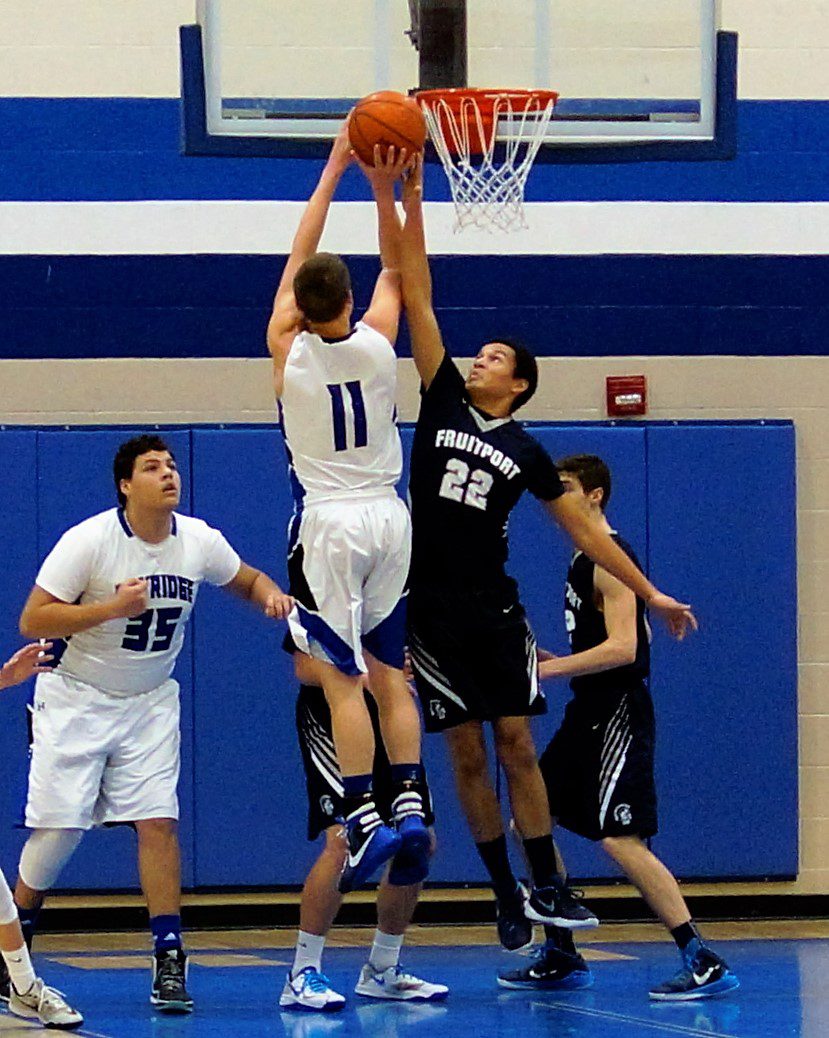 Trojan guard Darwin Tice fouls No. 11 Nate Wahr as he goes up for a shot. Photo/Sherry Wahr 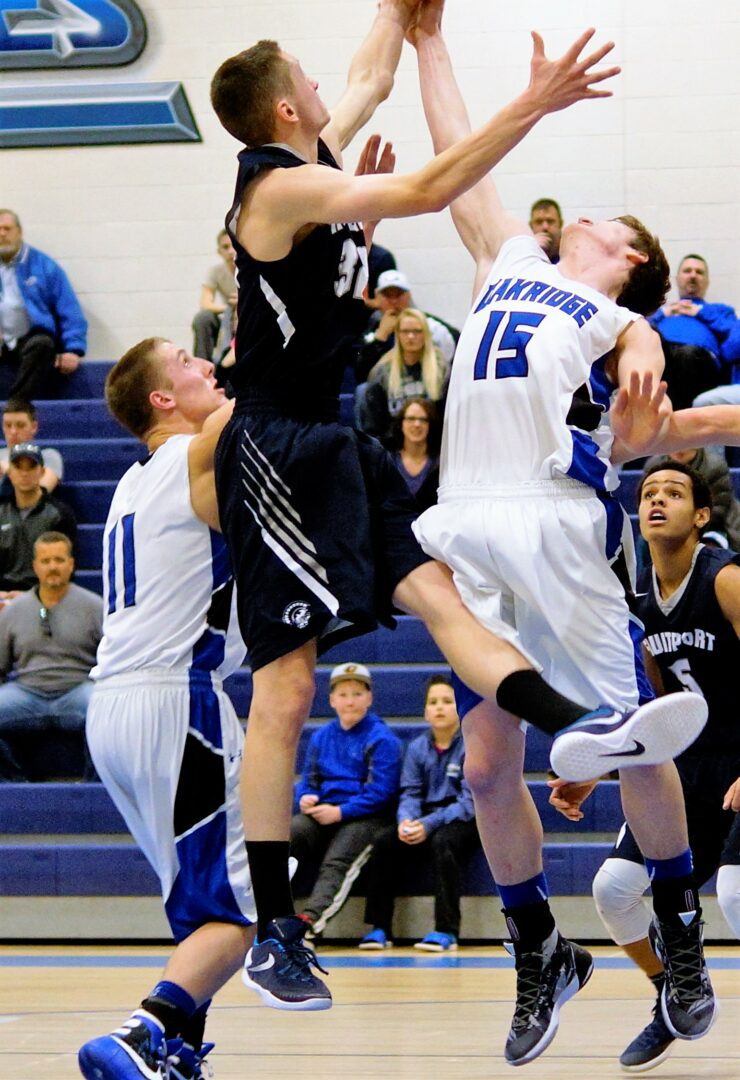