That team thrived on the dangerous dribble-drives of sophomore point guard Reiko Johnson, the athletic post play of senior Kelsee Zuidema, and the meticulous preparation of head coach Rich Hyde. 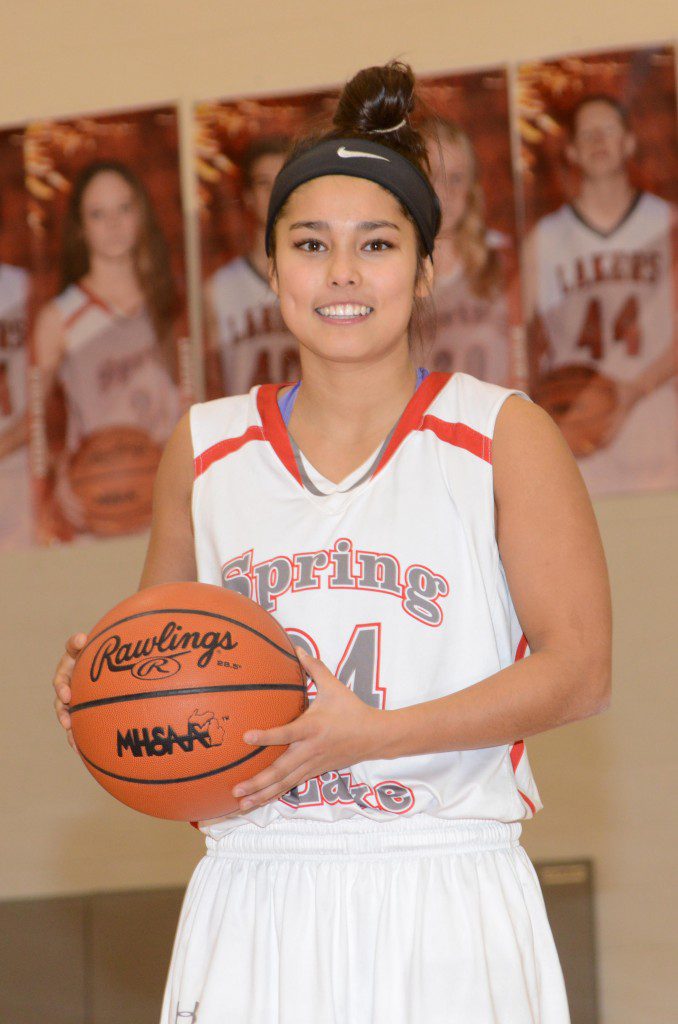 But Zuidema has since graduated and now plays volleyball at Grace College in Winona Lake, Indiana. Hyde resigned from the coaching position at the end of last season to focus on his family.

That left Johnson as the leader of this season’s squad, but some probably wondered if the team would be nearly as good without Zuidema and Hyde.

As it turns out, the Lakers, with nine returning players, are doing just fine without their former center and coach.

They are not undefeated like they were a year ago at this time, but they are 12-3 overall and 5-2 in the Lakes 8, which has them in the hunt for another league title. They will host a showdown against Ludington, another top team in the conference, on Friday.

Johnson, the small-but-dangerous 5-3  guard, has had a great junior season, as everyone expected, averaging 20 points and seven assists per game.

Meanwhile, senior Remi French has stepped in to fill Zuidema’s shoes at the post very nicely, leaving the Lakers’ with an intact inside-outside game. 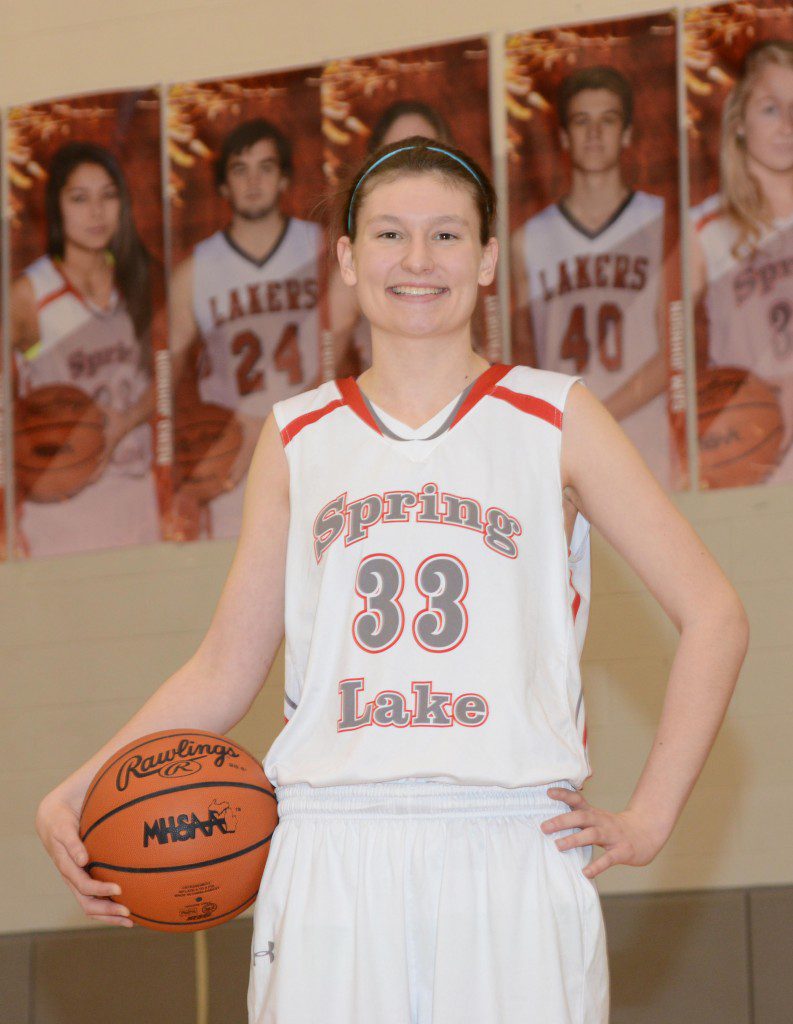 The 6-2 center is averaging 10 points and 10 rebounds per game. “Kelsee was more of a shooter whereas Remi tries to do layups,” Johnson said. “Kelsee was an athlete. Remi is a basketball player.”

French said Zuidema was a physical player, and said she gained a lot of toughness from practicing with her former teammate.

“She liked to foul in practice,” French said. “That was her way of making me be better. In practice she was always fouling me and shoving me around. Even though that wouldn’t be allowed in a game, no one else is going to do that. Definitely having that extra push, and someone who’s tough with you like that, really helps you grow.”

Finally, Morhardt has filled Hyde’s shoes very well. That’s probably not surprising to anyone, since Morhardt, the school’s athletic director, has been coaching basketball at Spring Lake at various levels for years.

“He’s been really supportive,” Johnson said about Mohrhardt. “He has created plays to help me get shots off early and that opens it up for everyone else.”

Johnson and French have developed a connection that has helped keep the Lakers among the elite girls teams in West Michigan.

“There’s a connection that comes from playing together for three years now,” French said. “That’s definitely a significant amount of time to read each other’s movements better and learn how to play with each other. Sometimes I’ll anticipate passes before she even throws them.”

“I literally whip the ball in,” Johnson said. “Nobody else on the team can catch it, but Remi can. Sometimes it almost takes off someone’s head, but she’ll catch it and score.”

Mohrhardt is obviously thrilled to have the Johnson-French connection in his lineup. Ironically, he said there was no guarantee that French would choose to play this hiear.

“I knew how good Reiko was just from last year,” he said. “Remi didn’t play a whole lot and quite frankly she wasn’t around during the summer. Actually she was unsure whether she was coming out I think at the beginning of the year.

“After sitting down and talking, and then starting to work a little bit with her, that first week of the season I could see she does some things that most kids can’t do. She can handle what Reiko throws to her, which, if you watch a lot of the other games, just doesn’t happen.

“Coming in I expected whatever Reiko has been doing, that has been a given. But I think Remi has been the number two punch that has really been a big plus for us. She is way above the expectations that anybody thought that she would do this year.”

Holton, Hesperia baseball teams each get a victory in their conference doubleheader