SHELBY – When you have the last name of Felt and wrestle at Shelby High School, big things are expected, even if you are just a freshman.

And ninth-grader Nick Felt is living up to expectations. He won a Division 3 regional championship two weeks ago in his first try, and will be hoping for a medal – or better – this weekend at the individual state wrestling finals at the Palace of Auburn Hills. 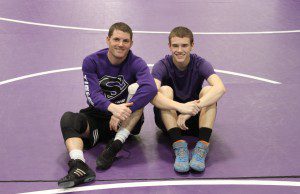 Felt  is one of 46 area wrestlers – and one of 12 local regional champions – who will compete for state honors. Preliminary rounds are Thursday and Friday while state champions in each weight class will be crowned on Saturday.

Whitehall’s Brown will be shooting for his second consecutive individual state championship.

While Nick Felt, who competes at 125 pounds, is the only Felt who will be wrestling this weekend in the state finals, numerous relatives have made the same trip and have done very well.

Nick’s brother, Dylan Felt, finished fifth in the state last year as a senior in the 125-pound weight class.

Nick’s cousin, Austin Felt, finished runner-up in 2012 in the 103-pound weight class before finishing his career with a sixth place finish at 112 in 2013.

But the most successful Felt thus far has been Ed Felt, Nick’s father and the head varsity wrestling coach at Shelby. Ed won a state title in the 119-pound weight class in 1989 and at 125 in 1990. 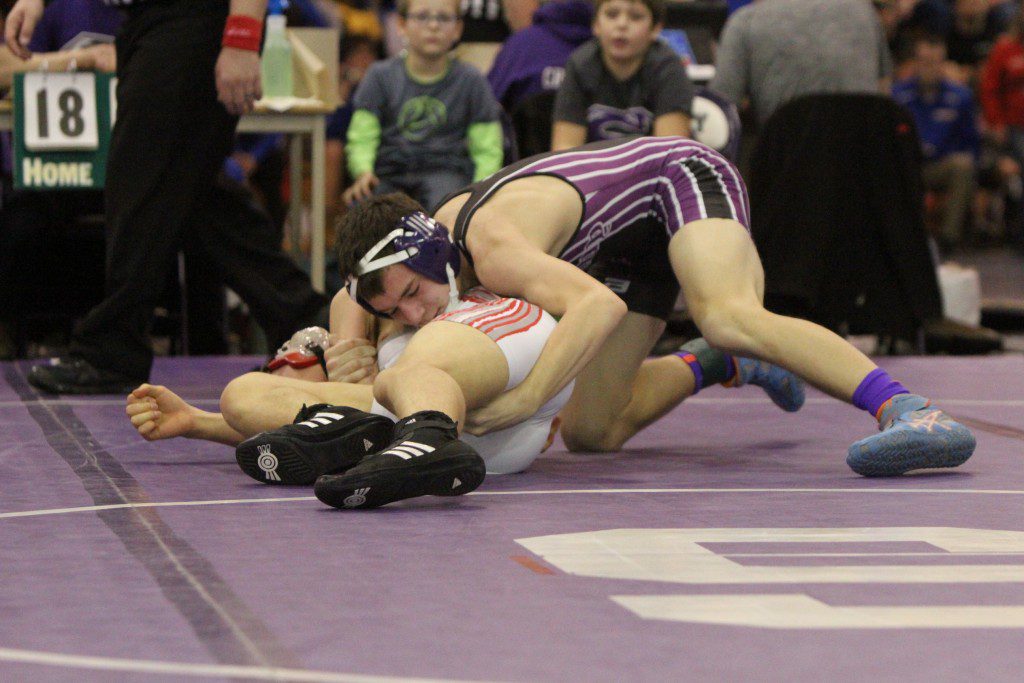 Based on all that success in one family, there was a pretty good chance that Nick Felt was going to be a wrestler – and a pretty good one – by the time he reached high school.

“I’d absolutely describe my family as a wrestling family,” Ed Felt said. “I’ve been the coach at Shelby for 20 years while my brother Dennis has been the middle school coach for 26 years.”

Considering his family’s track record, Nick knows that people will be paying close attention to him and his career.

“It’s really big to me that I continue the Felt legacy and I keep just going on and making a good name for the Felt family,” Nick said. “It’s everything. It’s who I am and what I’ve worked for, to keep pride in the name.”

Nick has been wrestling since the age of three. Ed says his son has always displayed a love for the sport and the ability to excel at it.

“He was really super young, he started wrestling tournaments at three,” Ed Felt said. “It was always the love and the abilities. He wasn’t a crazy tenacious kid, but a really easy going kid who could go and do his thing.”

That easy going attitude is what has led Nick, even as a freshman, to be one of the Tigers’ leaders this season.

“He’s a great teammate, he wants his team to do well and see his teammates do well,” Ed Felt said. “It’s very relaxing because he’s the guy, even as a freshman. Even the seniors kind of look at him to lead the way.

“At this point he’s definitely not the most vocal leader, even though he’s a vocal cheerleader for his teammates. He’s more of a lead-by-example guy that his teammates follow.”

While Nick is excited about his first trip to the state finals this weekend, he’s also aware that the stage will be much bigger than a typical wrestling meet.

“It’s huge to me that I get to go down and show other people what I can do and what Shelby is about,” said Felt, who will be joined at the state finals by fellow Shelby qualifiers Riley Peterson (135) and Jon Hughey (140).

“After I went and watched the team finals at Central Michigan, I thought, man, this is only half of the people who will be at individuals and it’s a bit nerve-wracking.”

But a case of nerves usually works in Felt’s favor.

“I feel like I wrestle better when I’m nervous,” he said. “I’ve done it a few times this year and had good matches.”

While Ed Felt said that Nick has been in the school wrestling room ever since he could walk, Nick credits some of his success to the matches that took place at home.

“We have a wrestling room in the basement and I’d always go down there telling him (his brother Dylan) that I’d beat him up, and he’d actually always end up beating me up,” Nick said.

Dylan and Austin Felt stopped wrestling after high school, but Nick is hopeful he’ll be able to wrestle at Cornell University after graduating from Shelby in 2019.

“Academics are huge for me, I really want to go to school at Cornell, and I have to aim high if I’m going to do that,” Nick said. “I have to get all good grades and so far I haven’t gotten anything below an A.”

While he understands there is no guarantee of success in the state finals, Nick said he would like a strong finish this weekend – perhaps even a state title – so he can work on his goal of besting his father.