MUSKEGON-The Muskegon Lumberjacks have struggled to get over the .500 mark throughout the 2015-16 season.

They haven’t had more wins than losses since Jan. 9.

And they didn’t quite make it on Saturday, falling to Youngstown 4-3 in a overtime shootout in front of 2,515 fans at L.C. Walker Arena.

The Lumberjacks are now 23-23-7 on the season, good for 53 points and seventh place in the USHL’s Eastern Conference. They are mathematically eliminated from playoff contention. 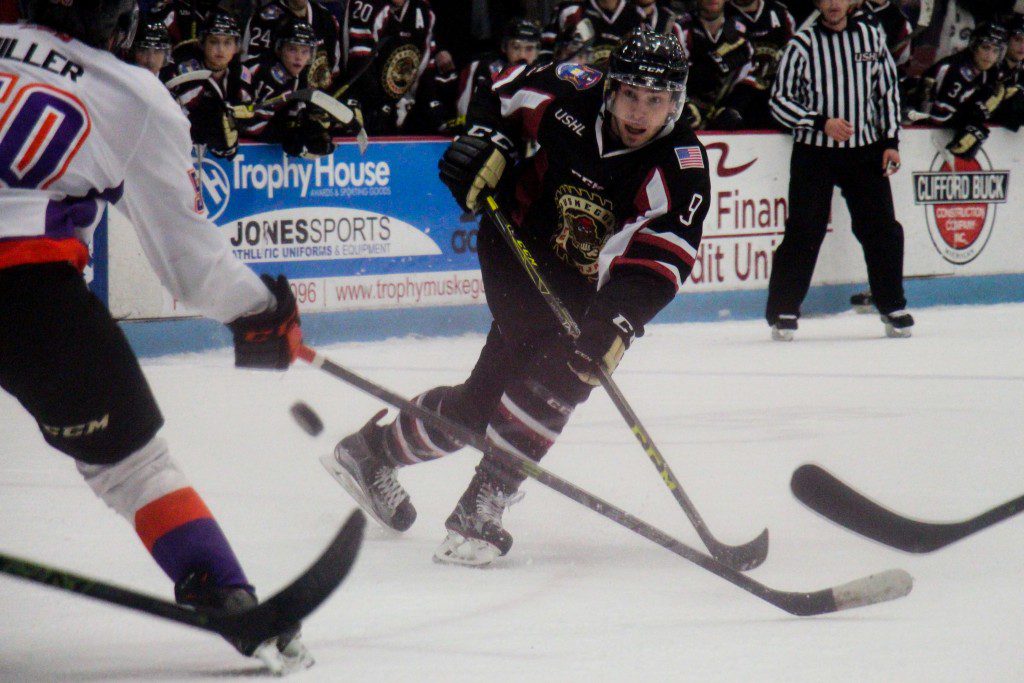 It looked as if the Lumberjacks were finally get over the .500 mark after leading by two-goals midway through the third period, but the Phantoms notched a pair of late goals to force overtime, then won the game in the extra session.

“That’s representative of where we are,” said Lumberjacks Coach Todd Krygier. “We had a two-goal lead and they (Youngstown) came back.

“They have a good hockey team.”

Muskegon goaltender Joey Daccord had a strong night despite taking the shootout loss, stopping 43 of 47 shots. He had a total of 75 saves in two games against the Phantoms over the weekend.

“Joey played a good game and had a good weekend,” Krygier said. “I am very happy with how he played.”

The Lumberjacks opened the scoring 16:04 into the first period with a goal from Paulovic. Rem Pitlick and Adams assisted. 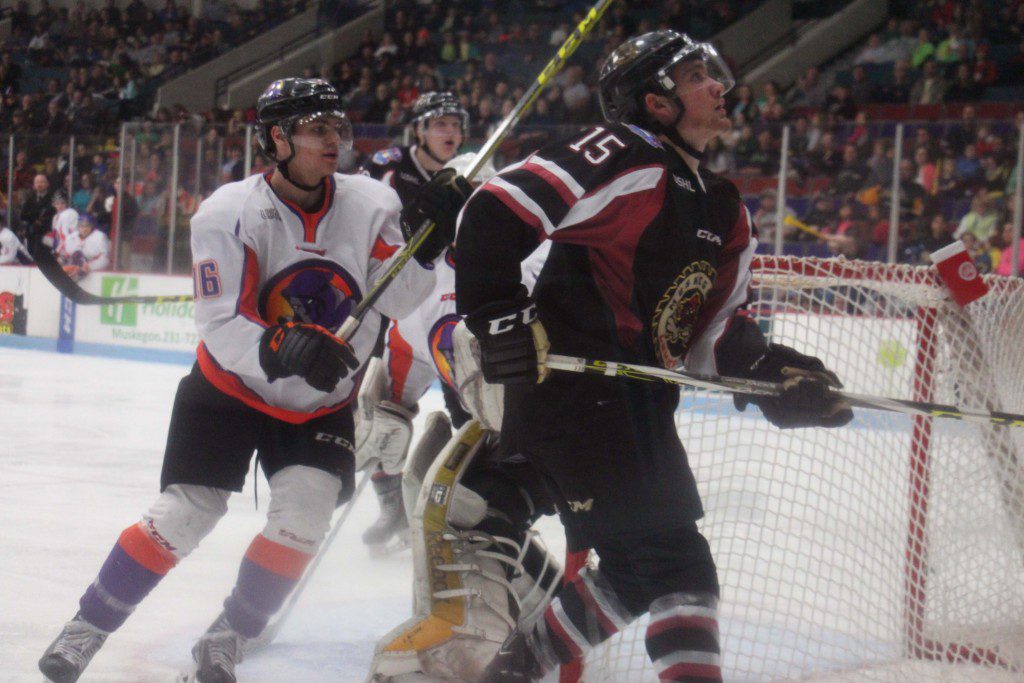 No. 15 Dante Palecco and Youngstowns No. 16 Noah Lalonde look up for the blocked Muskegon shot. Photo/Jason Goorman

Youngstown responded with a goal from Kris Myllari at the 19:10 mark of the first period, and the game was tied 1-1 at the first intermission.

The Lumberjacks were outshot 17-4 in the second period, but managed to score the lone goal.

That came 5:56 into the period on an unassisted goal from center ice by Mitch Eliot.

Muskegon increased its lead to 3-1 on a goal by Paulovic, which was assisted by Adams.

The Phantoms cut their deficit to 3-2 on Myllari’s second goal of the night 11:30 into the third period. Then Youngstown tied the game at 3-3 with 4:02 left in regulation on a goal from James Winkler.

The game went to a three-round shootout after a scoreless overtime session.

The shootout stayed scoreless until Youngstown’s James Cotton hit paydirt during the fourth round to give the Phantoms a 1-0 advantage.

The Lumberjacks failed to get the equalizer in the fourth round, leaving Youngstown with the win. 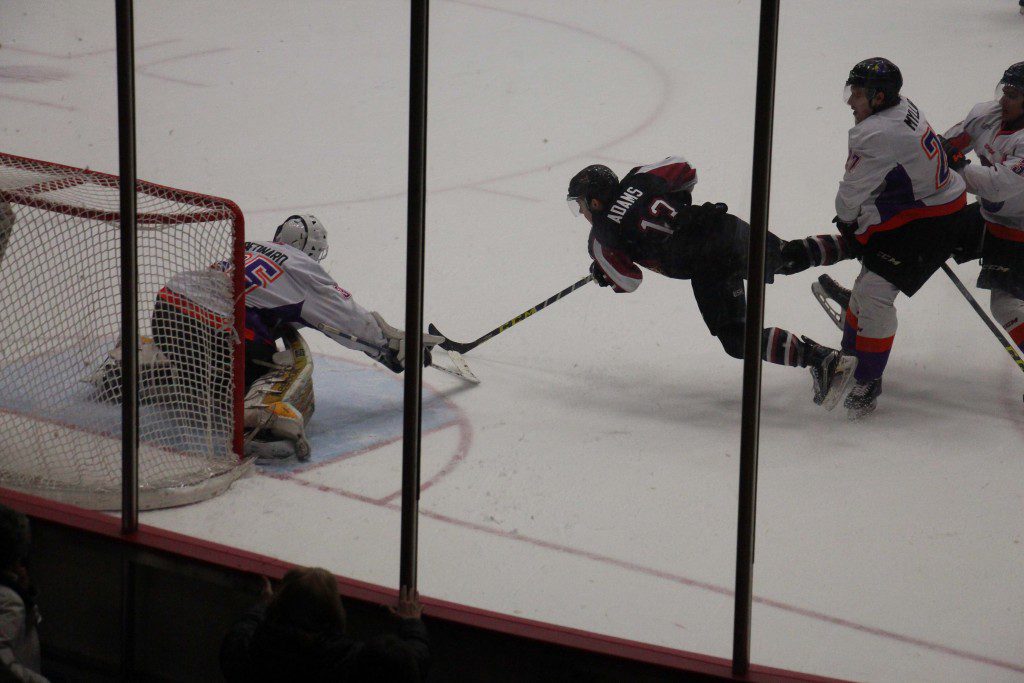 Collin Adams gets tripped up on the move toward the Youngstown goal. Photo/Jason Goorman 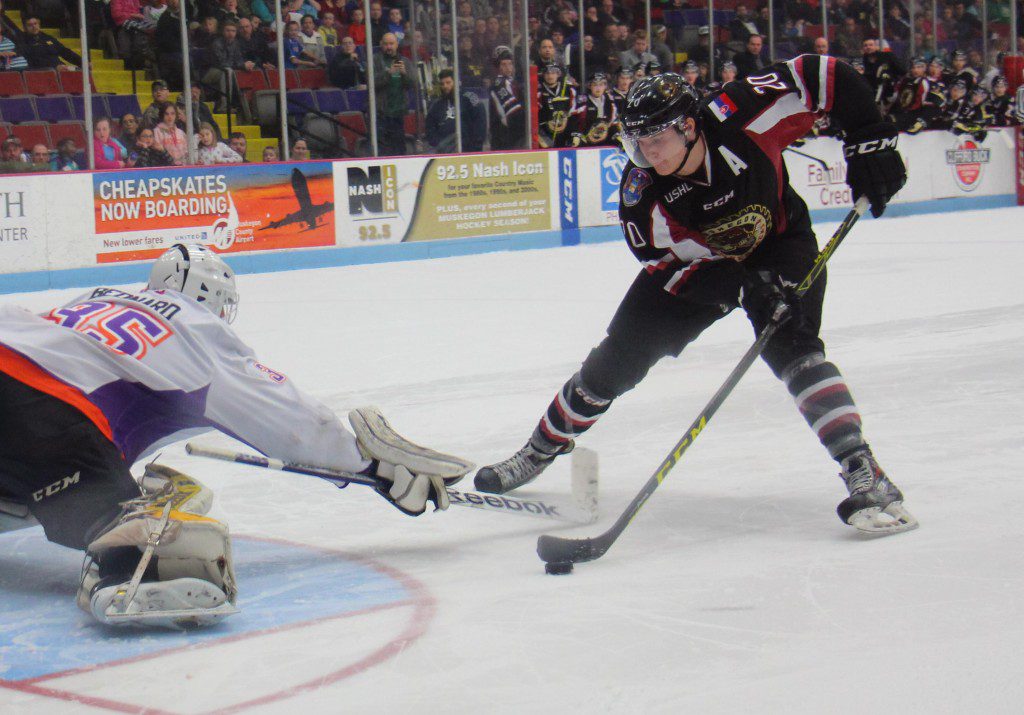 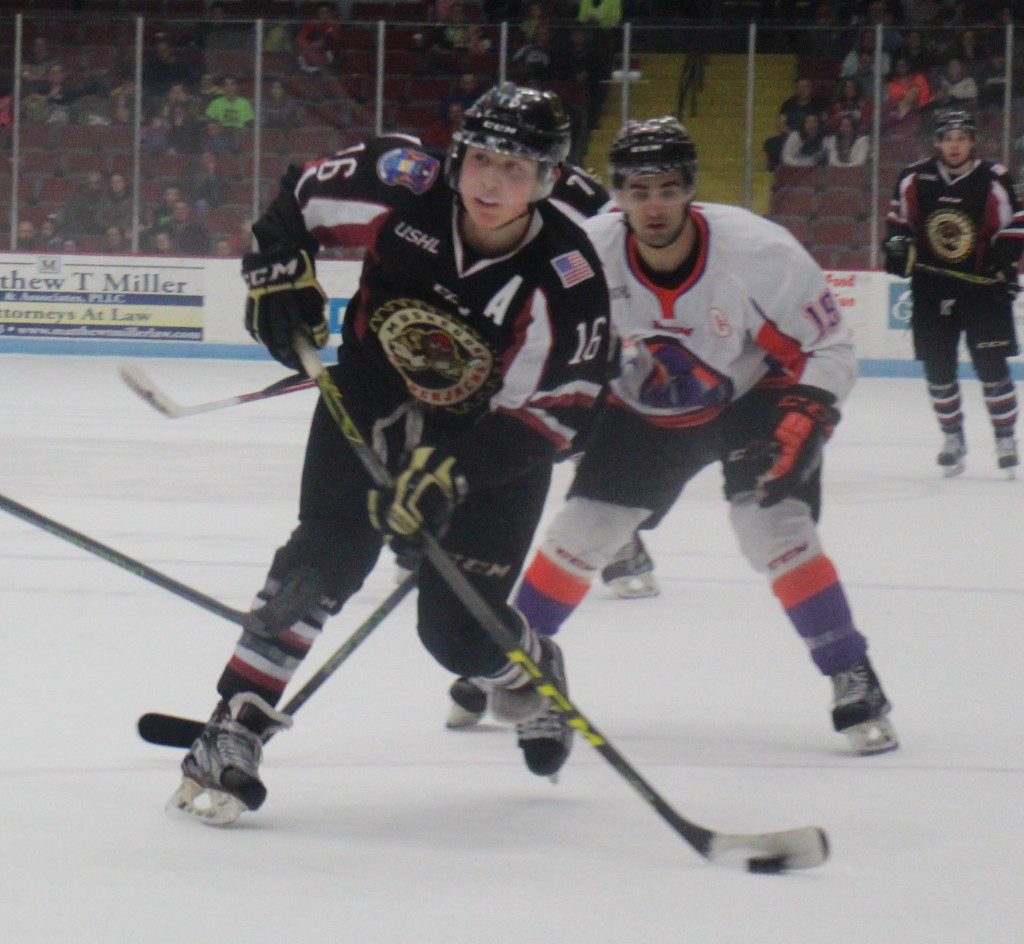 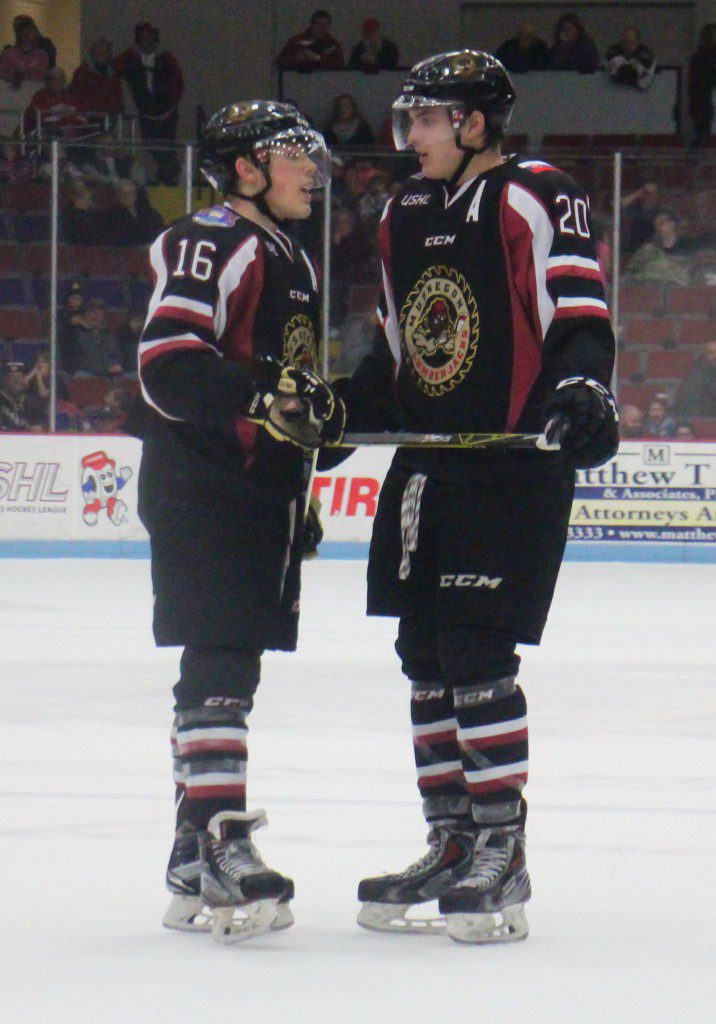 Rem Pitlick and Matej Paulovic consult during a break in the action. Photo/Jason Goorman 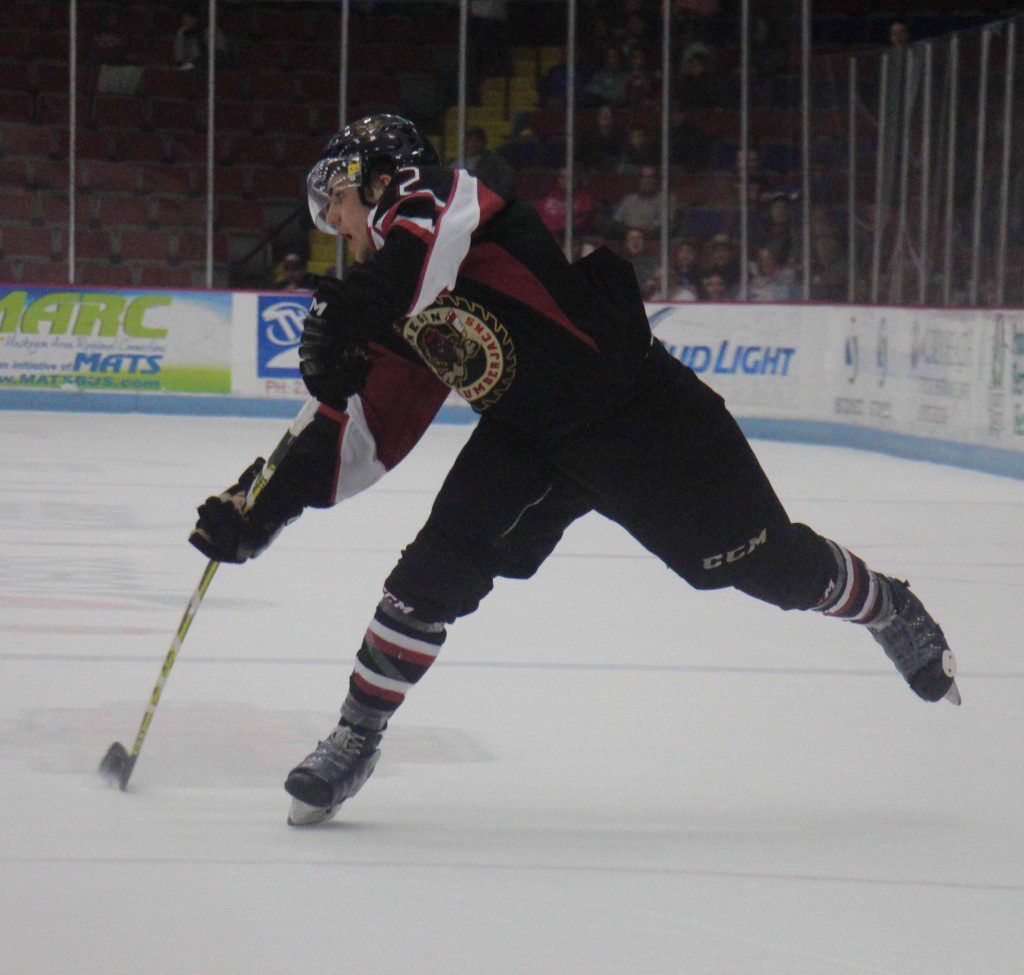 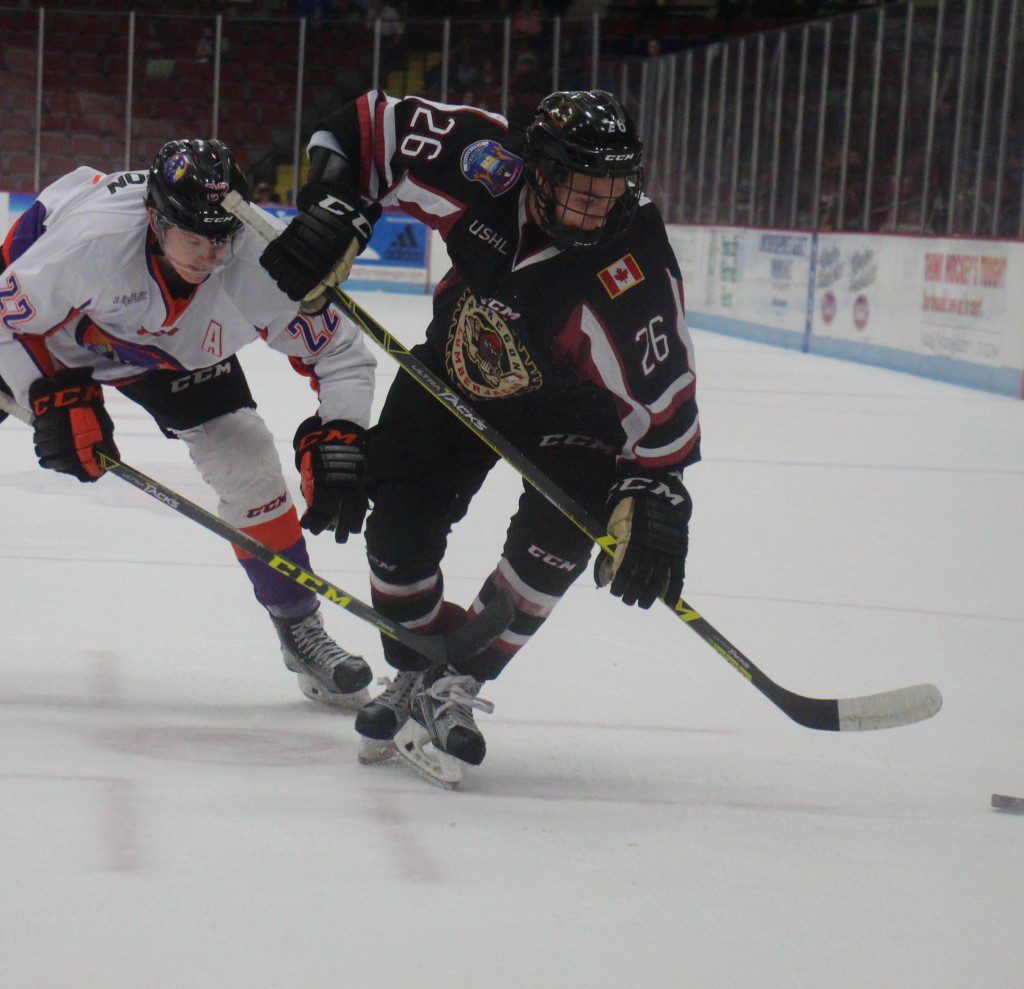 Chris Klack chases down the puck for Muskegon with No. 22 Chase Pearson pursuing. Photo/Jason Goorman 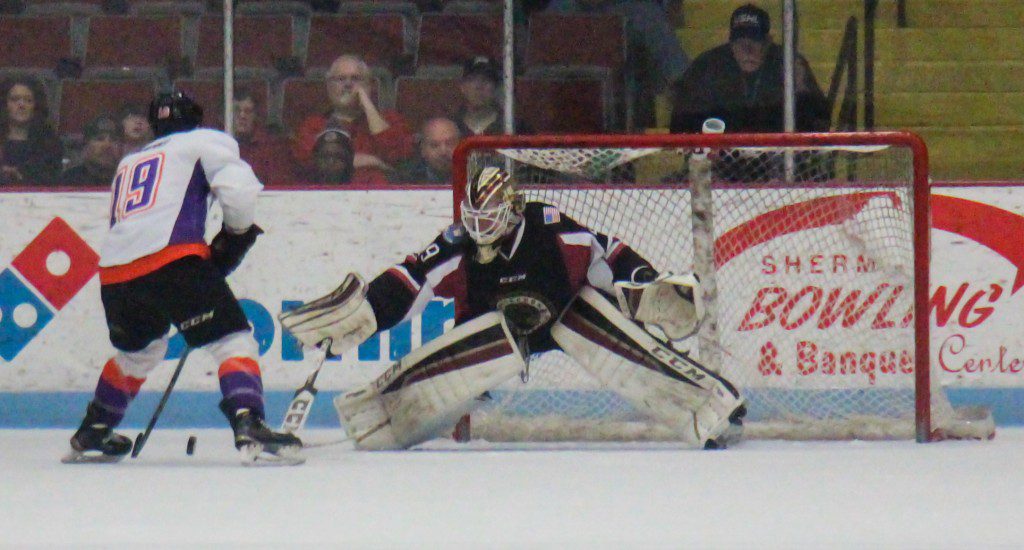 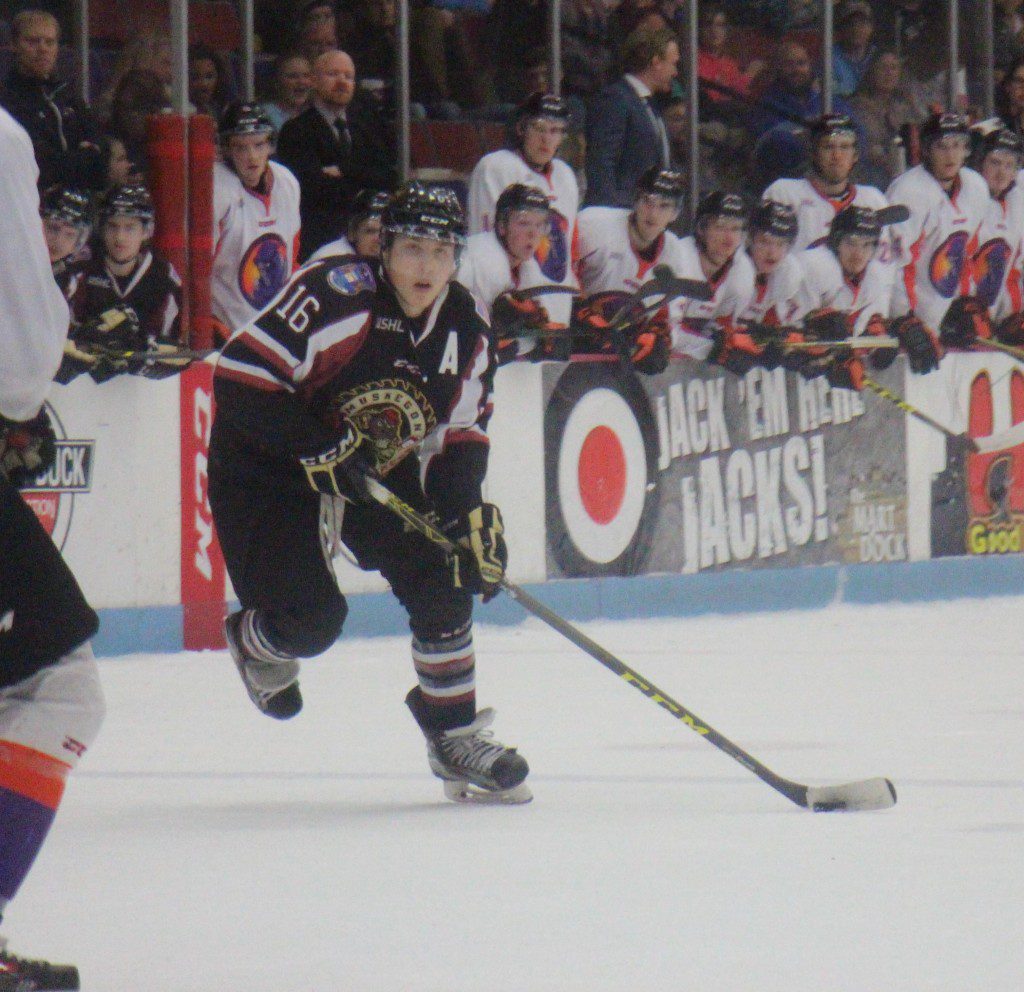 Chye scores 21 as Mason County Central gets by Orchard View