MUSKEGON – The Muskegon Lumberjacks had a great time wrapping up their home schedule with a 4-2 victory over the Team USA Under-17 squad Saturday at L.C. Walker Arena.

But thoughts are already turning to next season, when 17 of the 26 players on the current Lumberjacks’ roster are eligible to return.

One of those players is likely to be forward Rem Pitlick, the USHL’s top scorer this season.

He has a hockey scholarship waiting at the University of Minnesota, and could join the Golden Gophers in the fall, but said he would rather have another year of development before moving to the collegiate ranks.

“So I don’t really want to have the regret later in life that I wish I would have stayed another year and helped my development. You just mature a little bit more. There’s really no rush. I’m 18 years old, I have some time.”

The Lumberjacks have been playing impressive hockey at home over the past few weeks, despite the fact that they will miss the USHL playoffs.

They won seven of their last nine home games, leaving fans wondering what good things might be in store in the fall.Z

“The guys have been working hard,” said Lumberjacks Coach Todd Krygier, whose team is now 25-23-7 with five games left, all on the road. “It is unfortunate that we were inconsistent earlier in the year because we have a good hockey team.

“I think the younger players are coming along and guys are playing hard. I see a lot of positives and I expect us to be a top team next year.” 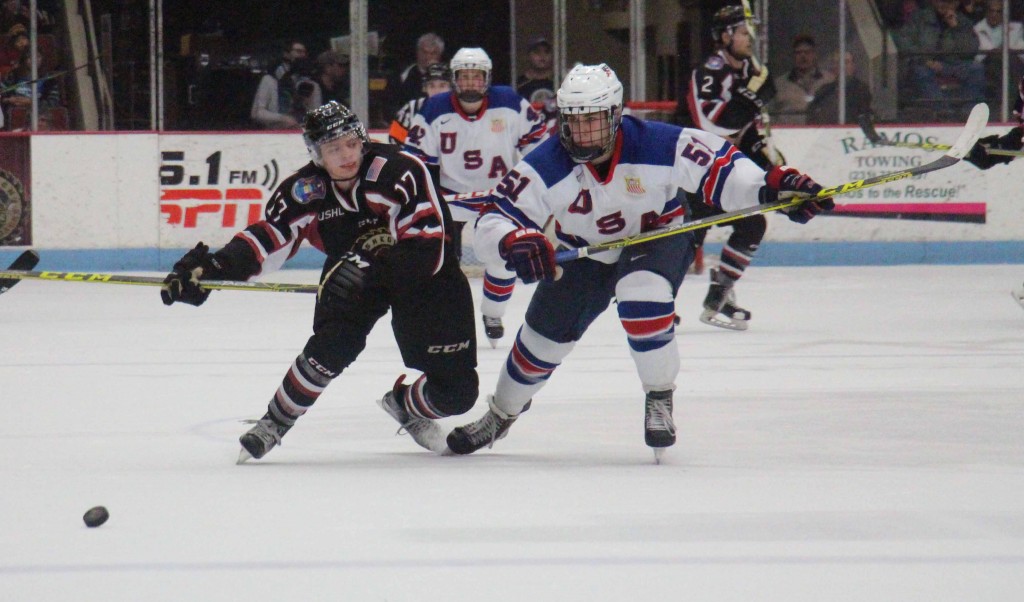 Muskegon’s Matej Paulovic opened the scoring 13:38 into the first period with an unassisted goal.

Paulovic stole the puck near the Muskegon blue line, skated down the left wing boards and buried a shot past Team USA goaltender Dylan St. Cyr.

Team USA tied the game 1-1 with a goal by Grant Mismash at 4:03 of the second period.

Muskegon quickly regained its lead with two goals, from Dante Palecco and Pitlick, at 4:54 and 6:06 of the second period.

The Lumberjacks increased their lead to 4-1 on a goal from Tyler Irvine 48 seconds into the third period. DiGrande and Bobby Kaiser picked up the assists on the goal.

Team USA cut its deficit to 4-2 at the 3:36 mark of the third period on a goal by Sean Dhooghe.

The Lumberjacks were outshot 35-31. Goalie Joey Daccord got the win, stopping 33 of 35 shots.

Fans were treated to a multi-player skirmish at the end of the game, which could result in a few league suspensions for players on both teams. 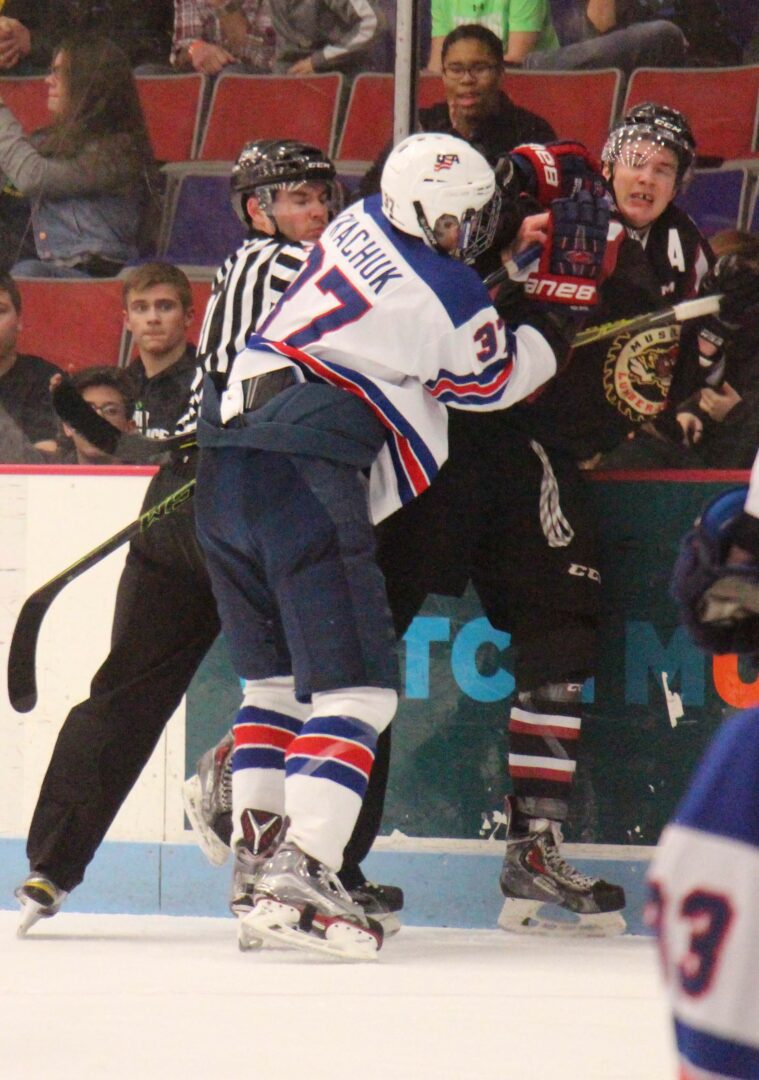