MUSKEGON TOWNSHIP – When it comes to the district tournament, the Oakridge boys basketball team has become very familiar with Coopersville.

A little too familiar, as far as Eagles Coach Tracy Ruel is concerned.

The Eagles’ season ended at the hands of Coopersville for the third straight year on Friday when they dropped a 55-49 decision in the Class B district championship game at Orchard View High School. 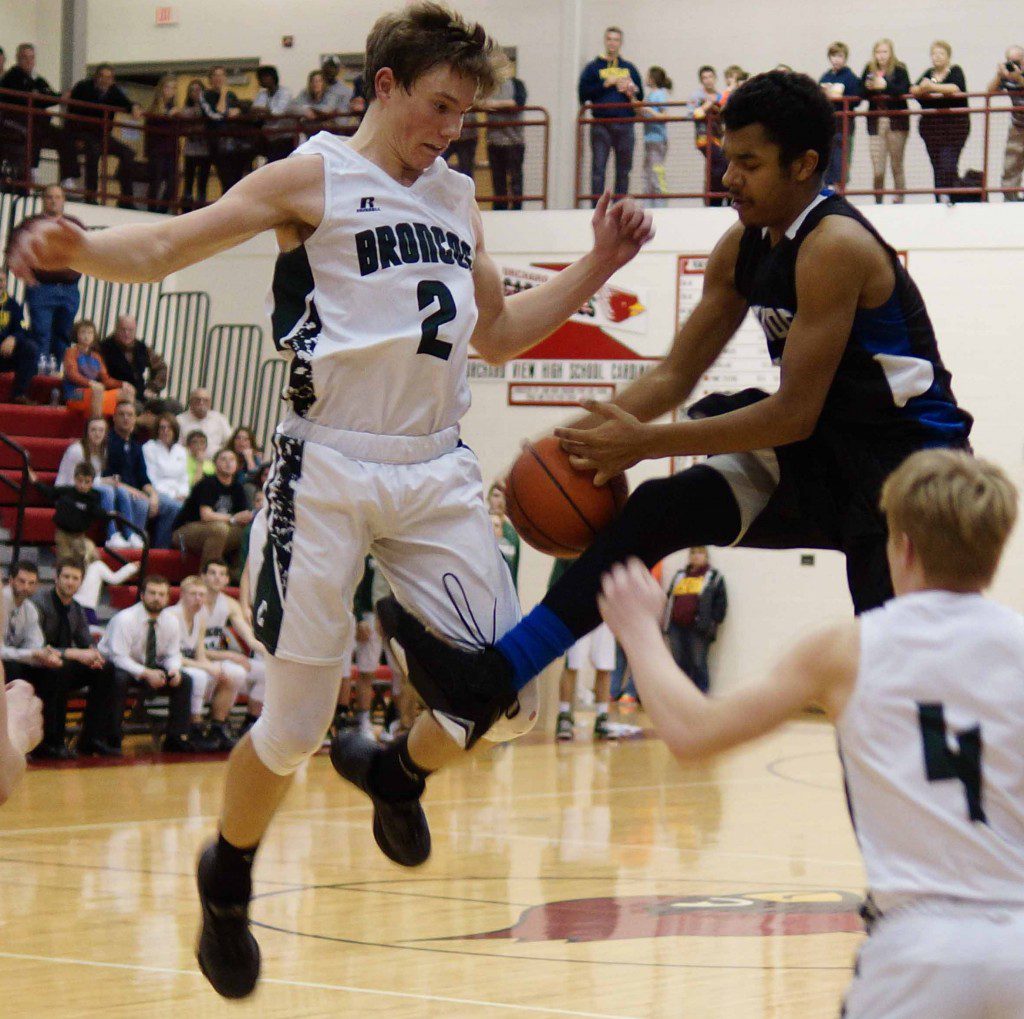 James Cooper III tries to control the loose ball while Coopersvilles Sam Mason is in the air. Photo/Sherry Wahr

Ruel respects Coopersville, but doesn’t think a smaller school like Oakridge should be matched against much bigger schools in the state tournament.

“This year we gave it our all, but that’s the difference when you have a school that is probably double the size of ours and they can pick from a lot more kids,” Ruel said.

“Until the state does something about that we’re going to be in a battle. They go nine, ten, eleven deep and I’m fighting, trying to get seven, eight, nine guys deep. But they’re a good coached ball team.”

The matchup was closer this year and was highly competitive from the start of the game. The teams traded baskets in the first quarter and Coopersville led 12-11 at the buzzer. Brady Luttrull of Oakridge had two 3-pointers in the quarter.

Both defenses stepped it up in the second quarter and Coopersville held a 20-17 edge at halftime.

Coopersville came out hot in the third quarter with an 11-4 run to extend its lead to 31-21, prompting an Eagle time out with 3:51 left in the quarter.

Oakridge responded with an 11-0 run, capped by back-to-back three pointers from Luttrull and led 32-31 with 1:40 left in the third.

The Eagle lead didn’t last long. Ben Welch of Coopersville scored his lone basket of the night with a minute remaining in the quarter to give the Broncos a 33-32 at the at the third break. 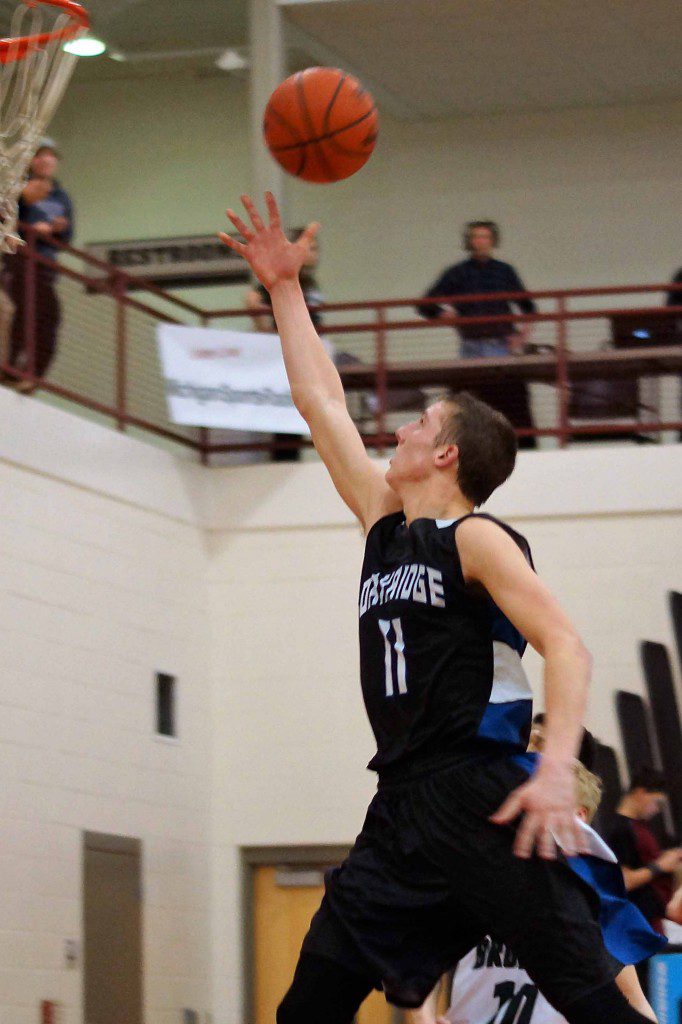 Oakirdge guard No. 11 Nate Wahr goes in for the layup. Photo/Sherry Wahr.

Coopersville opened the fourth quarter with a 10-5 run to extend its lead to 43-37.

The Eagles again fought back with an 8-2 run, paced by four points from senior Nate Wahr, and tied the 45-45 with only 2:14 remaining.

Coopersville’s Riley Johnson hit a short shot from the right side to put the Broncos up for good, 47-45.

Coopersville ended the game on a 10-4 run which included six free throws from senior Kyle Gura.

In total the Eagles had 13 turnovers, with many coming when they were trying to take the lead or extend a small lead.

“It’s partially my fault,” Ruel said. “The style we play is up tempo and we get a little careless at times. It’s who we are. I don’t want them to slow it down and I just have to realize by playing that style we’re going to have turnovers.”

Nicholas Dekkenga of Coopersville led all scorers with 15 points while Gura added 14.

Oakridge was paced by Wahr with 13 points while Luttrull added 12 and James Cooper III had 10.