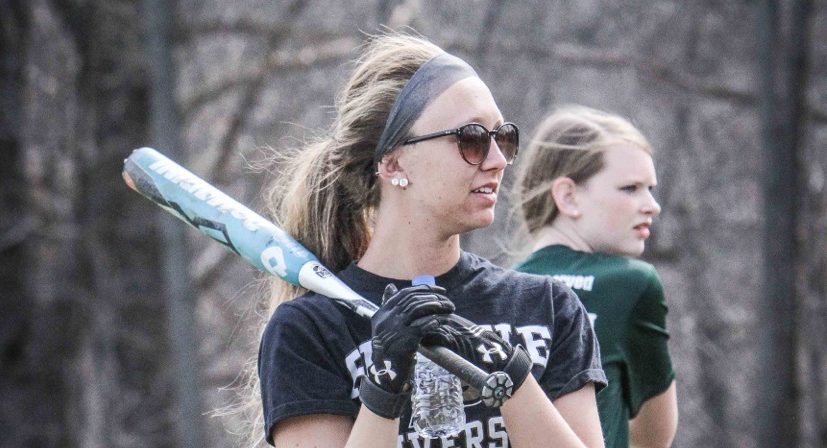 NORTON SHORES – They say you should keep your friends close and your enemies closer.

Or to put it in more Christian terms, “Love thy Neighbor.”

That’s exactly what the softball players from Western Michigan Christian and Muskegon Catholic Central are doing. While both schools fielded their own softball teams for years, this spring they have joined forces to form one varsity squad – the WMCC softball team.

On the surface, that sounds like a potentially explosive situation – and perhaps not in a good way. 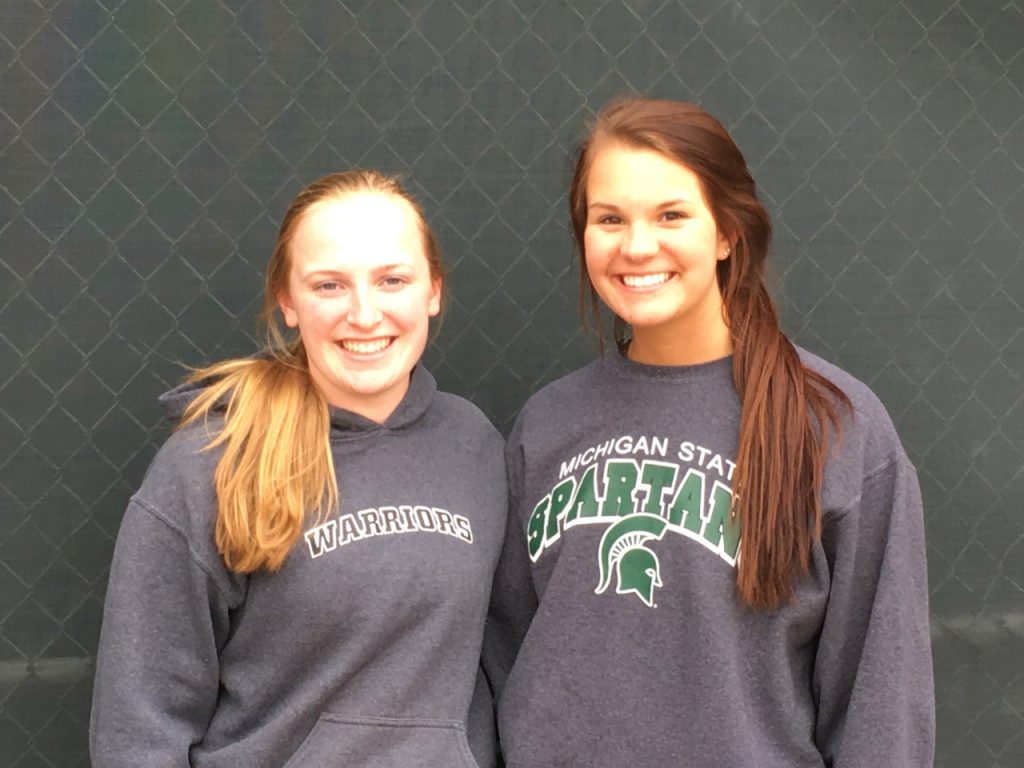 Haylee Moser (left) from WMC and Caroline Price from MCC are two key players for the new team.

WMC and MCC have been passionate rivals on the athletic field for a long time. As longtime members of the old River Valley Conference, or just cross-town adversaries over the past few years, athletes from the two Christian schools have always taken great pride in playing and beating each other.

That rivalry would have continued on the softball field indefinitely, but both programs were dealing with an immediate or anticipate dwindling supply of players. So MCC Athletic Director Jason Stariha decided to take action

“It was uncertain that MCC could field a team on its own, so I reached out to Glerum),” Stariha said. “He expressed a potential long-term concern with fielding a program with large numbers, so we started discussing a potential merger.”

But why would two schools with such a competitive history pick each other as partners?

For Glerum and Stariha that answer was easy: Faith. Both athletic directors say they were very excited to work with another Christian school.

The schools’ proximity to each other – MCC is in the city of Muskegon and WMC is in Norton Shores – didn’t hurt, either.

But there was still the matter of having players from two different teams – arch-rival teams – meshing effectively as a single unit. There are 13 WMC players on the team, compared to six from MCC.

That’s hasn’t been a problem, according to Coach Jeff Nestell, the former WMC coach who took over the reins of the combined squad.

“The girls are meshing real well,” Nestell said. “There’s no attitude with the girls. In the field I don’t see MCC or WMC, I see a softball team.”

The players seem to agree.

“It’s been really easy to play with them because the girls are really nice,” said team member and WMC student Ellie Gilson. “The coaches have been doing a really good job of keeping us together. Having such a big team is kind of difficult because not everyone plays a lot, but the coaches have done a good job of making sure everyone gets playing time.”

“From the start we all got along really well,” said team member and MCC student Janae Schultz. “Like any team there’s friendly competition (in practice). Both teams always enjoyed playing each other, we’ll both miss the rivalry, but winning together will be a unique experience for all of us.”

The only problem that has come up so far has nothing to do with the players, according to Nestell.

“The biggest challenge has been the logistics getting back and forth from each school” Nestell said.

Glerum and Stariha found a solution for that issue. MCC will host all games and practices in April, while WMC gets to host in May.

One potential problem was naming the new team. Trying to keep everything even between the schools, the athletic directors once again came up with a practical solution. They not only merged teams, but the names of their schools as well, resulting in the WMCC co-op softball team.

But they weren’t able to come up with a nickname. MCC teams are the Crusaders, WMC teams are the Warriors, but the combined softball squad will remain without a moniker for the time being.

“We just yell ‘team,’” said Nestell, whose squad is now 2-6 on the season. “During team speeches I mention that we’re Warriors and Crusaders. They’re both fighters, so I’ve been trying to get the girls to play like fighters on the field.” 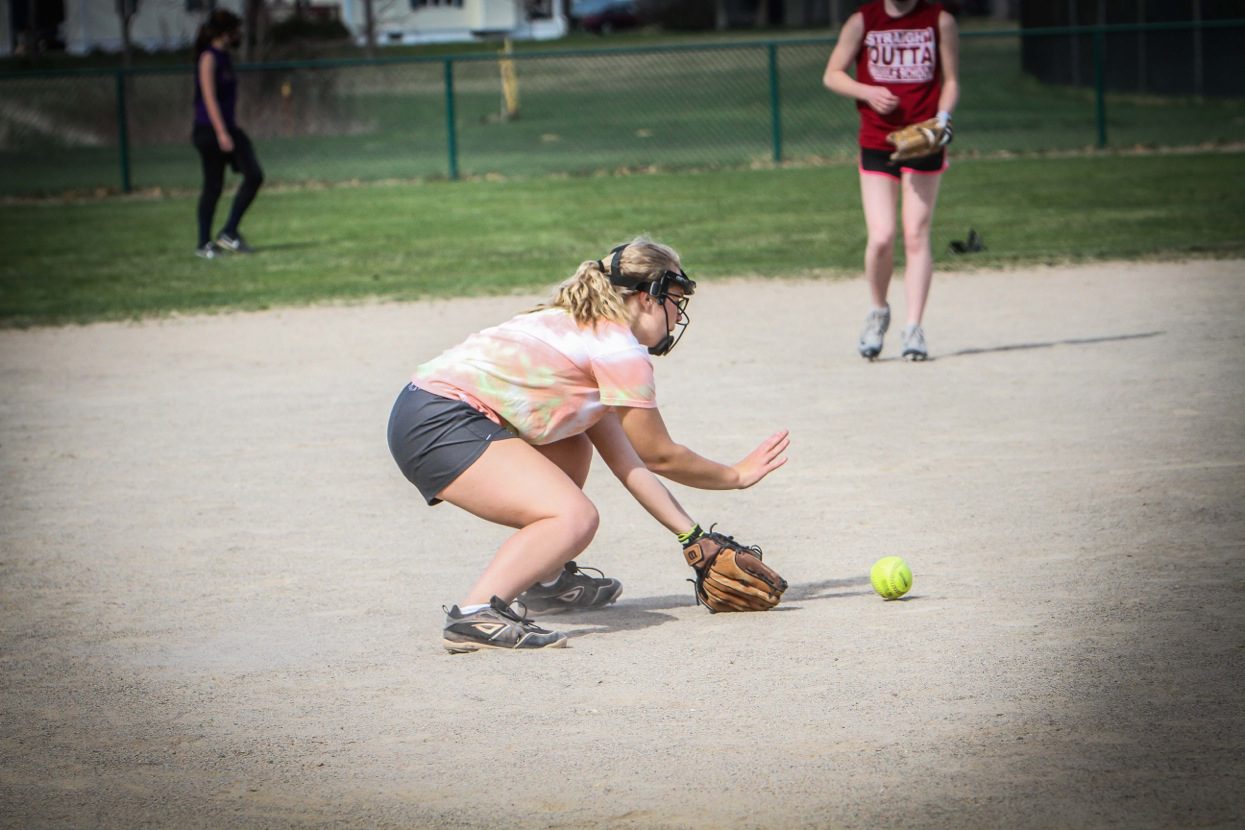 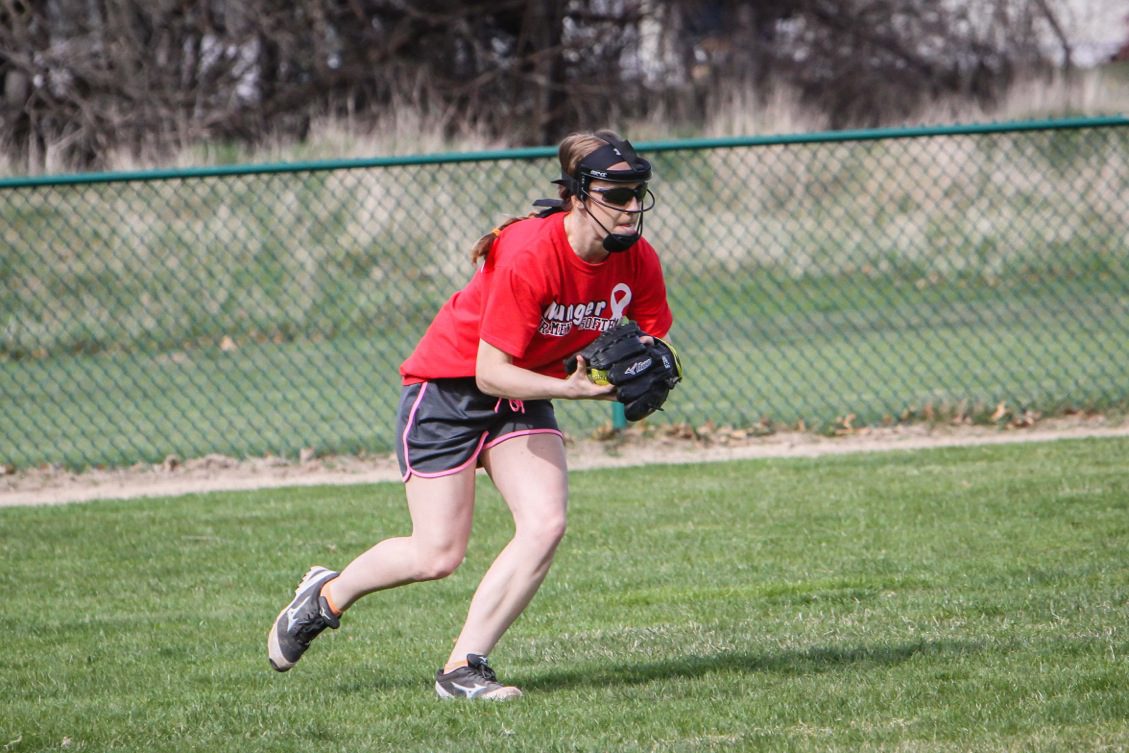 Catherine Bradford-Royle fields the ball in the outfield. Photo/Joe Lane 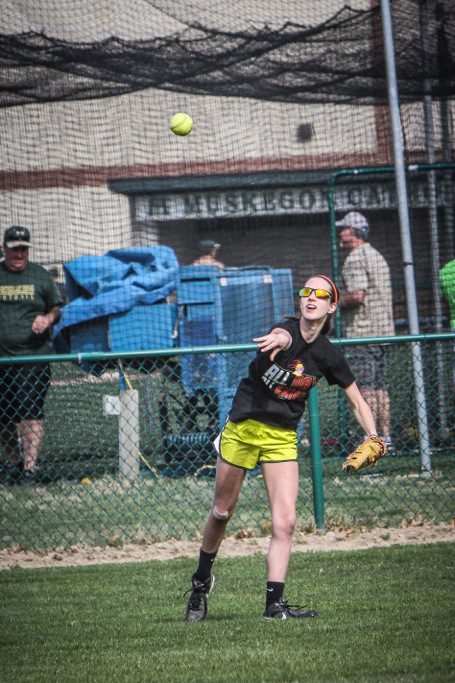 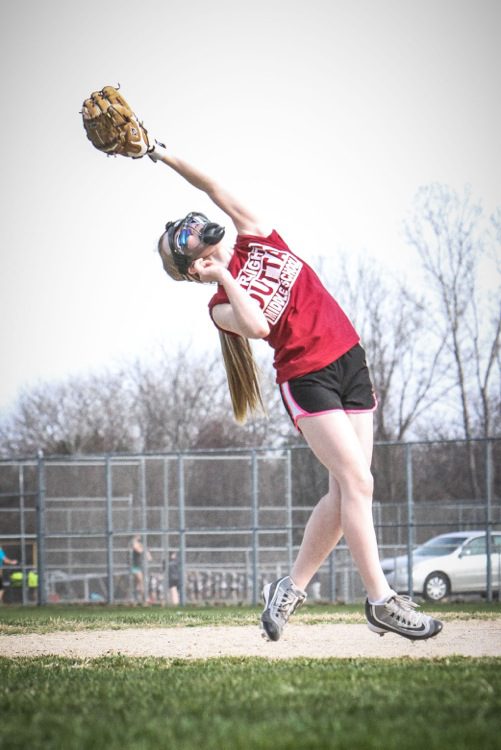 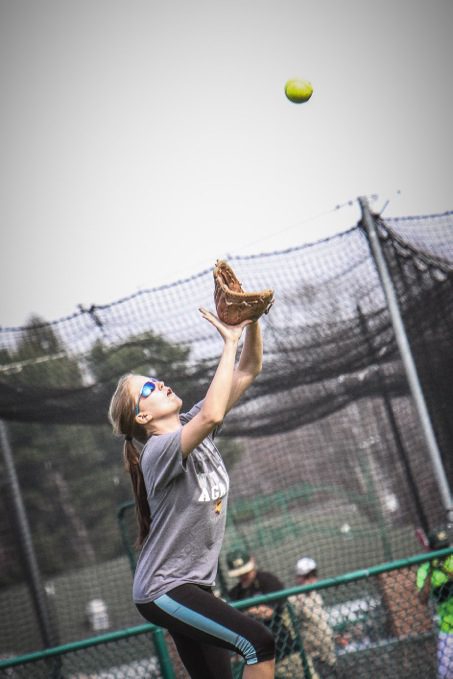