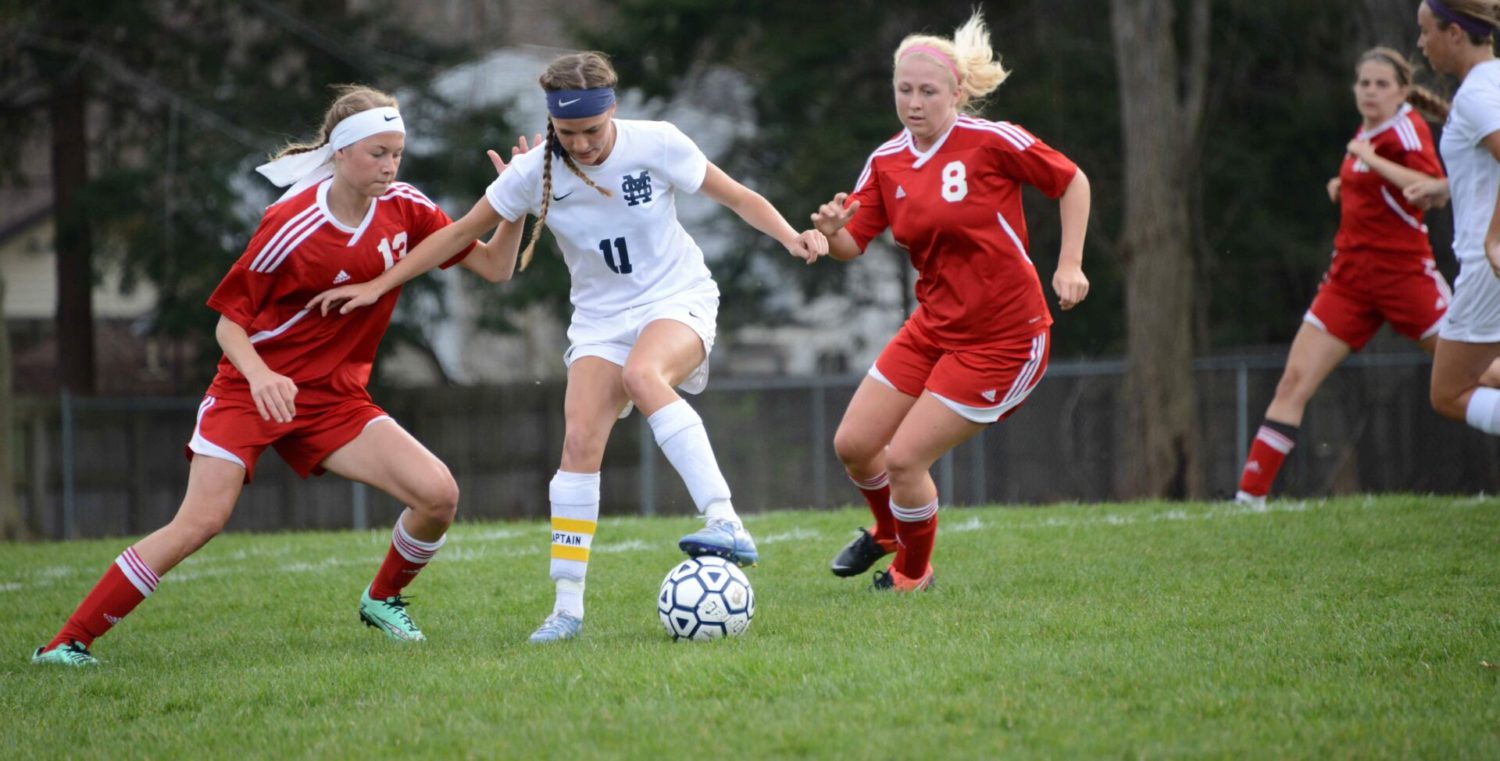 That’s happened twice this season to the Mona Shores and Spring Lake girls soccer teams, two good squads that played to a frustrating 1-1 draw on Monday.

Both teams were hoping for a big non-league victory heading into conference play that begins next week, but had no such luck.

Each had scoring opportunities, including several breakaways, but both goalkeepers were up to the task. 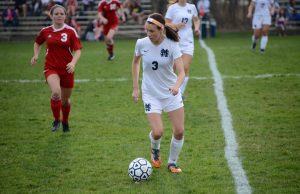 Mona Shores and Spring Lake are now both 1-1-2 for the year.

“Our big goal today was to come out and start the game on fire,” Lakers head coach Jeremy Thelen said. “I thought we did well. I thought we controlled the beginning of the game, we had some chances, we had two breakaways in the first half that we didn’t put away.

“Going in at halftime we talked about it being a game of those moments, you’re going to have moments. Are you concentrating? Are you on it? In the second half we played well, I was really impressed with our play and our bounce back.”

The game was scoreless at halftime. In fact, neither team got on the scoreboard until nearly 13 minutes had passed in the second half.

Mona Shores senior Andrea Majeski got the ball in the box on left wing and crossed to sophomore Sarah Mikesell, who settled it with her right foot, made a move and found the back of the net to put the home team up 1-0. 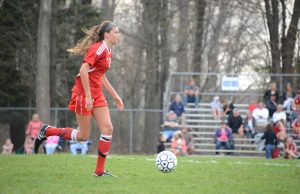 Nearly 12 minutes later, with 15:38 remaining, Spring Lake’s Saebryn Peel broke free in the box on right wing, dribbling in and beating the keeper at the low left wing corner to tie the game at a goal apiece.

“Towards the end, we played a little panicked, I think we also got a little tired,” Sailors head coach Lindsey Thorsen said. “They had some good shots, they were pressuring big time and one of them was bound to go in.

“I thought we moved the ball around well, we won a lot of 50/50s, we just didn’t get a lot of shots off. We got down there and we just couldn’t get a shot off.”

Peel showed great skill for Spring Lake, getting free on two breakaways but failing to find the back of the net.

The first hit the crossbar and the second was stopped by Sailor keeper Madison Blackwell. 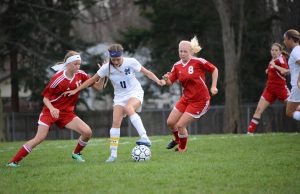 “It’s unfortunate that she didn’t score more but I’m hoping she saves those (goals) for later in the season and we’ll take those at important times,” Thelen said.

With 5:27 to play, Mona Shores was awarded a free kick just outside the box but couldn’t get a clean shot after a crossing pass was defended.

The Lakers open up Lakes 8 Conference play at home on Wednesday against Orchard View while the Sailors still have two games to prepare for O-K Black Conference play.

Mona Shores will travel to Fremont on Thursday and Grand Haven Saturday before kicking off conference play at home against Zeeland East on April 26.

Memories of Moyes: Muskegon Area Sports Hall of Fame delivers another memory for this ole’ announcer