Depies inked her name in the meet record books four different times, the first time such a feat has been accomplished in the history of the event.

“It feels really good,” said Depies, who set new city meet records in the 800-, 1600- and 3200-meter run and as part of the Rockets’ 4X800 meter relay team. “It feels good to do something that I wasn’t sure I could do. I choose targets around the track and I race toward those. It makes it go by a lot faster and a lot easier.” 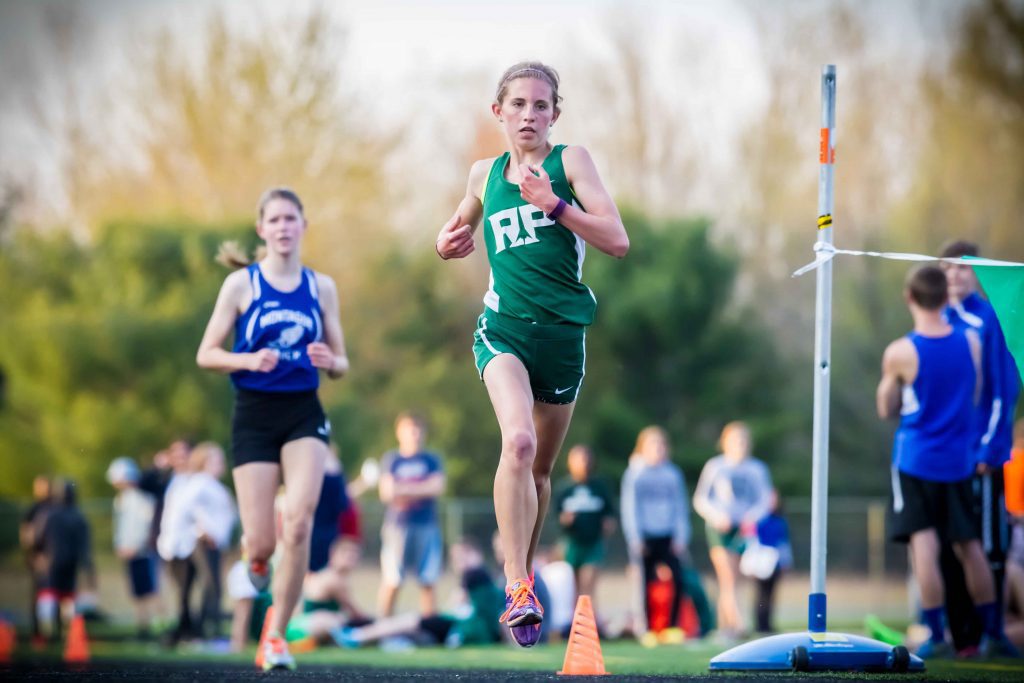 Reeths-Puffer’s Maryssa Depies leads the way for one of her four first place finishes. Photo/Tim Reilly

Depies’ first record came as part of the 4×800-meter relay team. The Rocket foursome of Lilah Parker, Jayme Brantsen, Kendra Irvine and Depies blew away the competition, finishing with a time of 9:36.23. The time broke Whitehall’s 1998 record of 9:54.7.

The next three records were solely the work of Depies.

The 800-meter run was no different, though it was more of a sprint than a run for Depies. Again she distanced herself from her fellow racers to finish in 2:19.51, just edging out Mona Shores’ Amy Laswell’s record of 2:20.8 set in 1977.

The 800-meter record stood out for Depies.

“I doubt myself a lot in that race, and to do it, I feel proud of myself,” she said. 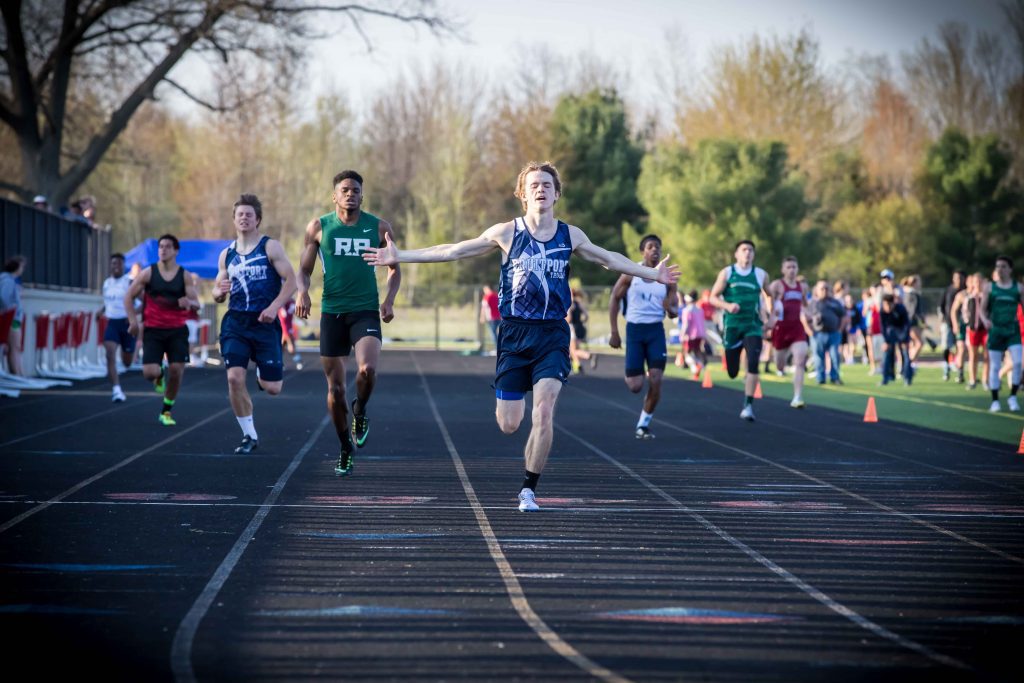 This title was emotional for Fruitport Coach Chad Brandow. 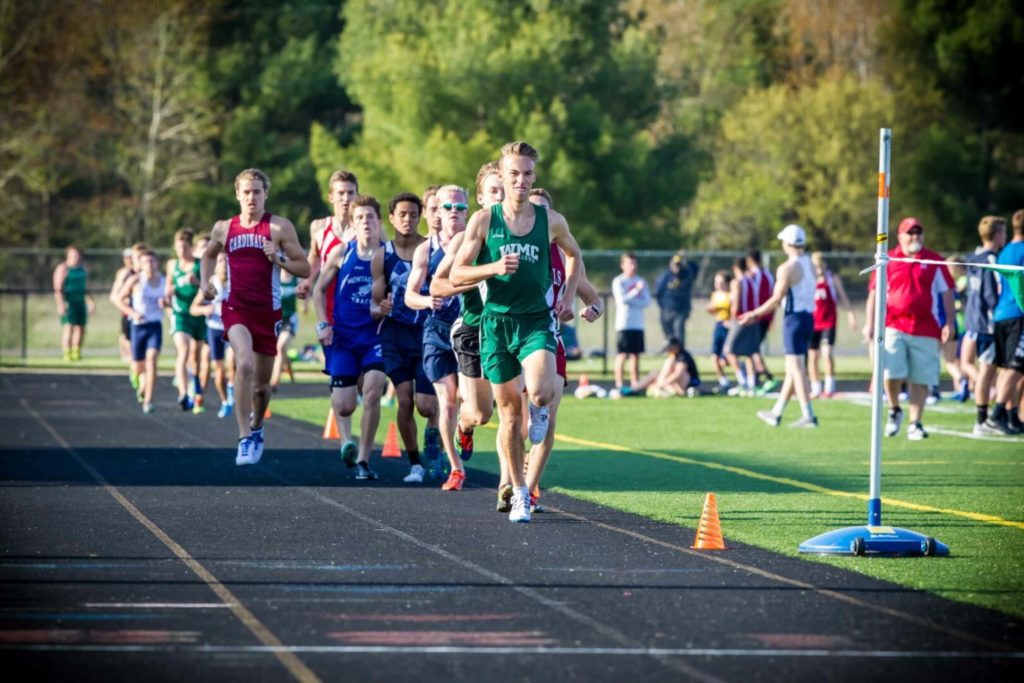 “This is my kid’s senior year,” he said with tears in his eyes. “All these boys are like my sons. It’s an honor, they’re good kids.”

The Trojan boys won three of the four relay events.

Fruitport’s Nic Kramer won the discus competition with a heave of 56 feet, 9 inches. Hendricks won in the 400-meter dash, crossing the finish line in 49.83 seconds. King won an individual event for the Trojans as well, finishing the 800-meter run in 1:59.98.

“Wee just came out and did everything we were supposed to do and we did it the way we always do,” Coach Brandow said. “That’s a testament to these boys. I taught them ‘team, team, team’ and they took it to the next level.”

Lumberjacks hold on for a 4-3 victory in Dubuque, win Eastern Conference, qualify for their first Clark Cup finals