MUSKEGON TOWNSHIP – Grand Haven girls soccer coach Jared Kram had one message for his team at halftime on Tuesday, when the Bucs trailed Reeths-Puffer by one goal in the first round of the Division 1 district tournament Tuesday.

“You’ve got nothing to lose,” Kram told his team. “You’ve got 40 minutes for the whole rest of your season.” 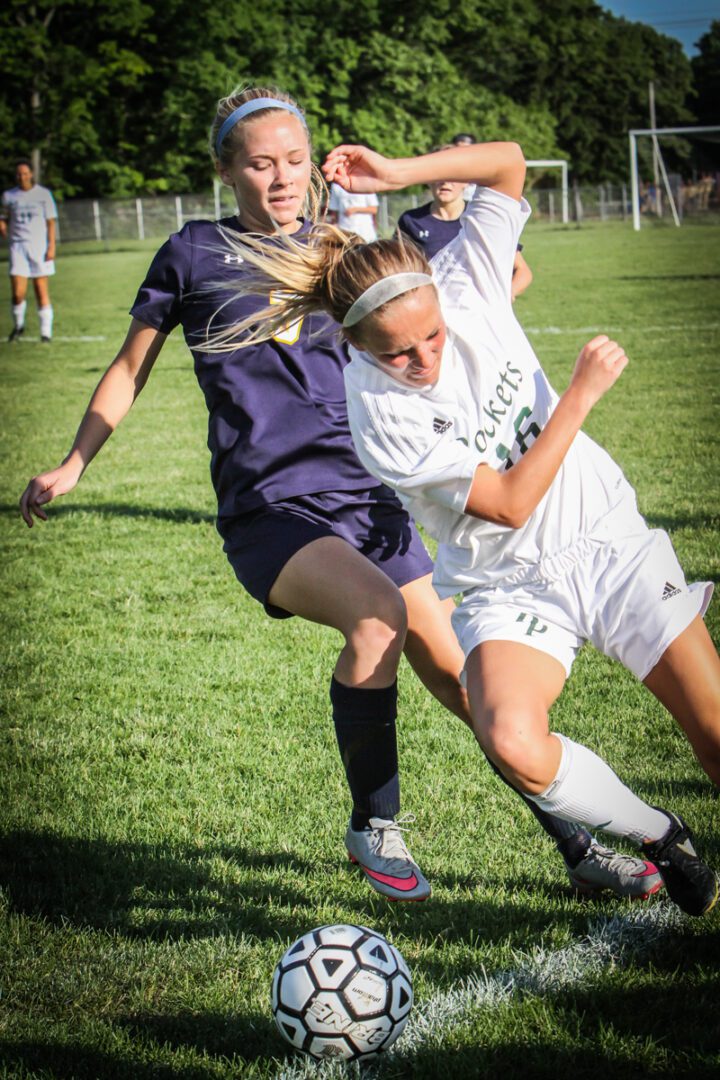 The Buccaneers obviously heard the message and turned the tide, beating Reeths-Puffer 2-1 in overtime.

Playing with the mentality of no tomorrow, the Buccaneers were able to tie the match in the second half when freshman Alli Keyser knocked in a goal off an assist from Haiden Trowbridge.

Then Grand Haven junior Sarah Fojtik came out of a scrum after a corner kick and snuck a shot past Reeths-Puffer goalkeeper Elysia Mattos in overtime for the winning goal.

The two goals were the most allowed by Reeths-Puffer in one game all season.

There was no better reason to lay it all on the line than in overtime of a win-or-go-home game, and once the extra session began, Kram wanted his squad to know that.

“I told them we were going to take a risk,” Kram said. “We’re going to risk giving up a goal in order to go score one because I think the psychology of the moment demands that. You score first, it’s going to be a back-breaker, and I think that’s what happened.” 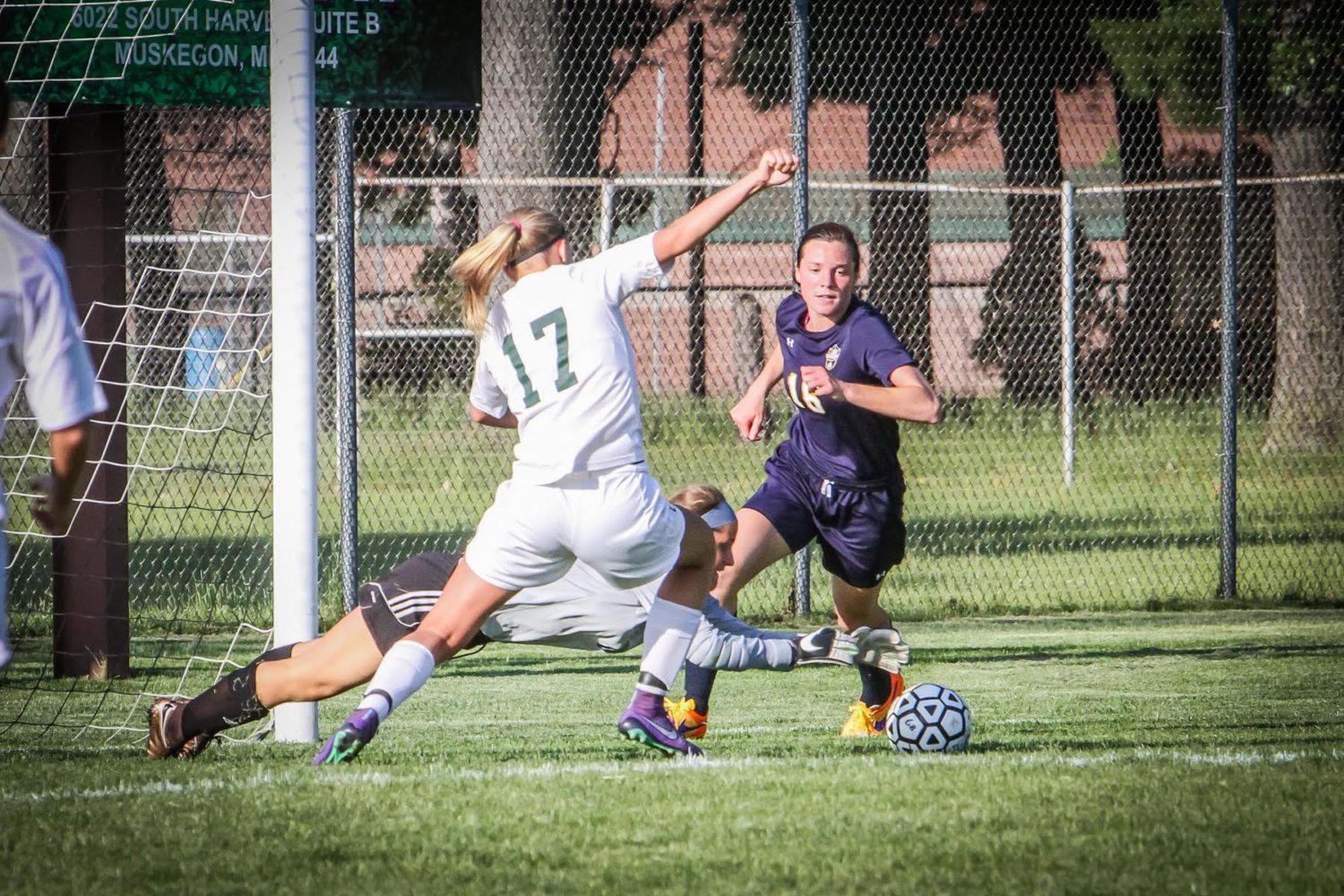 Feeling revived, Grand Haven was able to ride that momentum throughout the rest of the game. The Buccaneers held off the Rockets thanks in part to five saves by goalie Jordanne Ellingboe.

“We made a commitment at half to go at them,” Kram said. “The momentum shifted for the rest of the half, and I would say we carried that through both overtimes.”

Senior Brianna Bush scored the lone goal for the Rockets. Mattos finished the match with five saves for Reeths-Puffer.

“We played tight today,” said Reeths-Puffer coach Jeremy Tjapkes. “We played scared to lose and that hasn’t been our success all year.”

“When you talk about being a part of a special team, this has been a special team and that’s why it hurts a little bit more,” Tjapkes said. 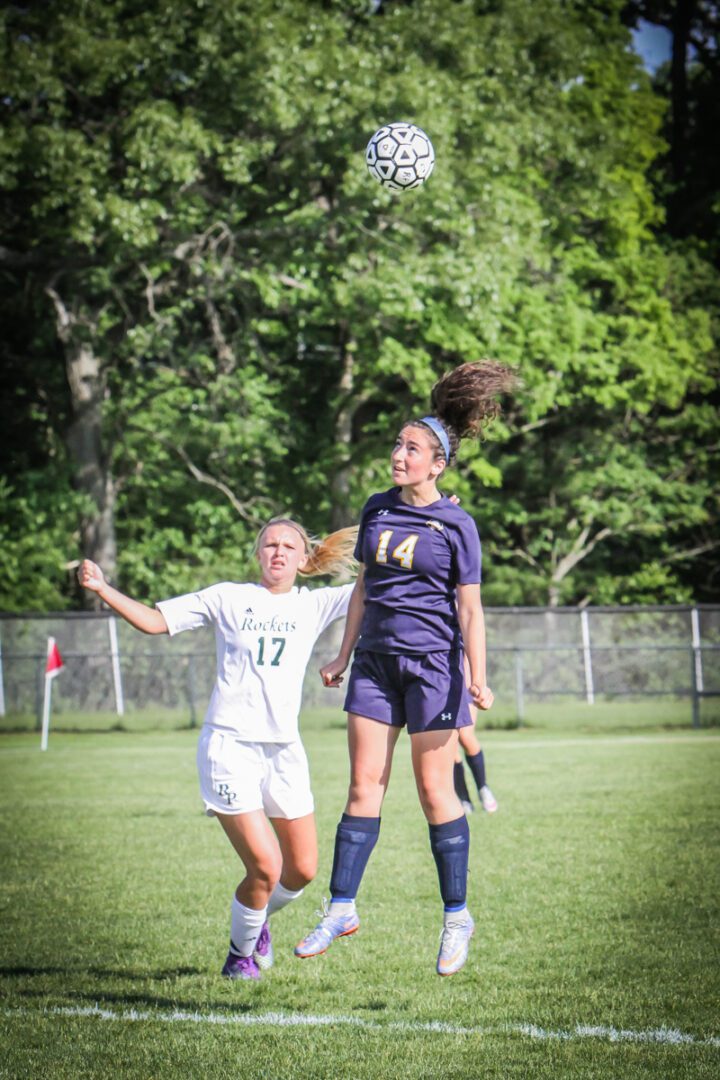 Grand Haven defender Stephanie Thompson sends the ball up field with the Rocket’s No. 17 Haley Ruiter close by. Photo/Joe Lane 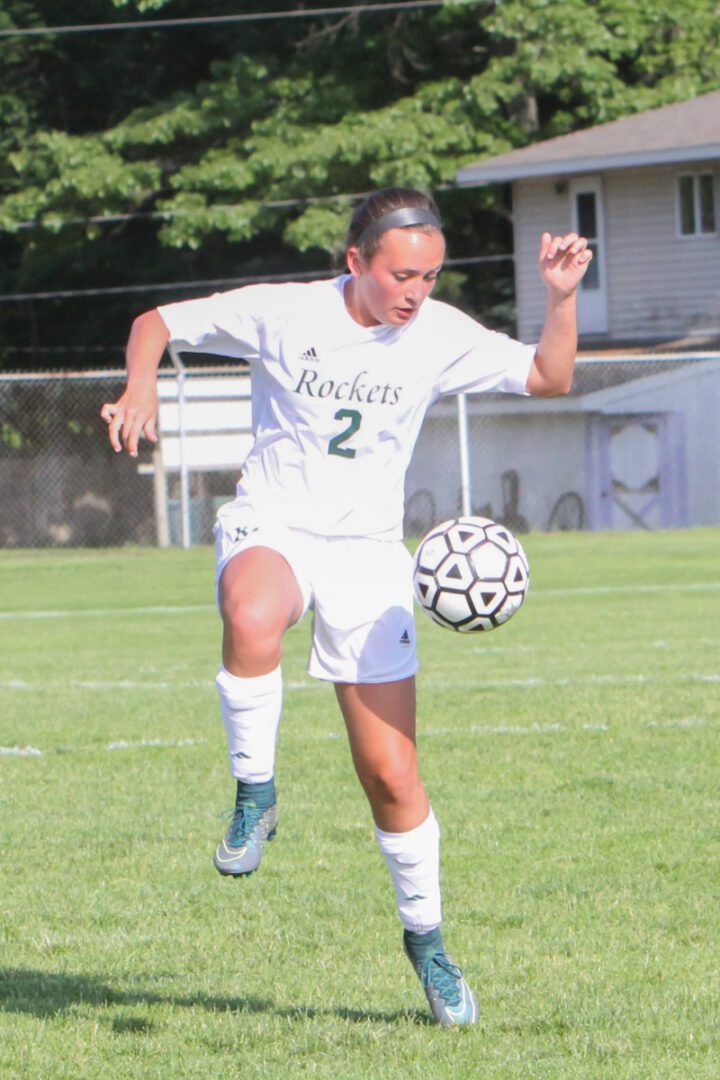