MUSKEGON – The Muskegon Catholic baseball team is chasing another Lakes 8 Conference championship, but Spring Lake pitcher Jakob Gray did nothing to help the Crusaders’ cause on Monday afternoon.

Gray, a junior lefthander, was brilliant in his start against MCC on Monday, scattering eight hits and striking out nine as Spring Lake defeated the defending state champion Crusaders 7-2 on the MCC campus.

Monday’s game was a continuation of a Lakes 8 doubleheader that began on Friday with Muskegon Catholic claiming a 10-2 victory. The second game was postponed by rain.

The Lakers were eager to get even when Game 2 finally rolled around, scoring five runs in the top of the first inning, a lead they never relinquished. 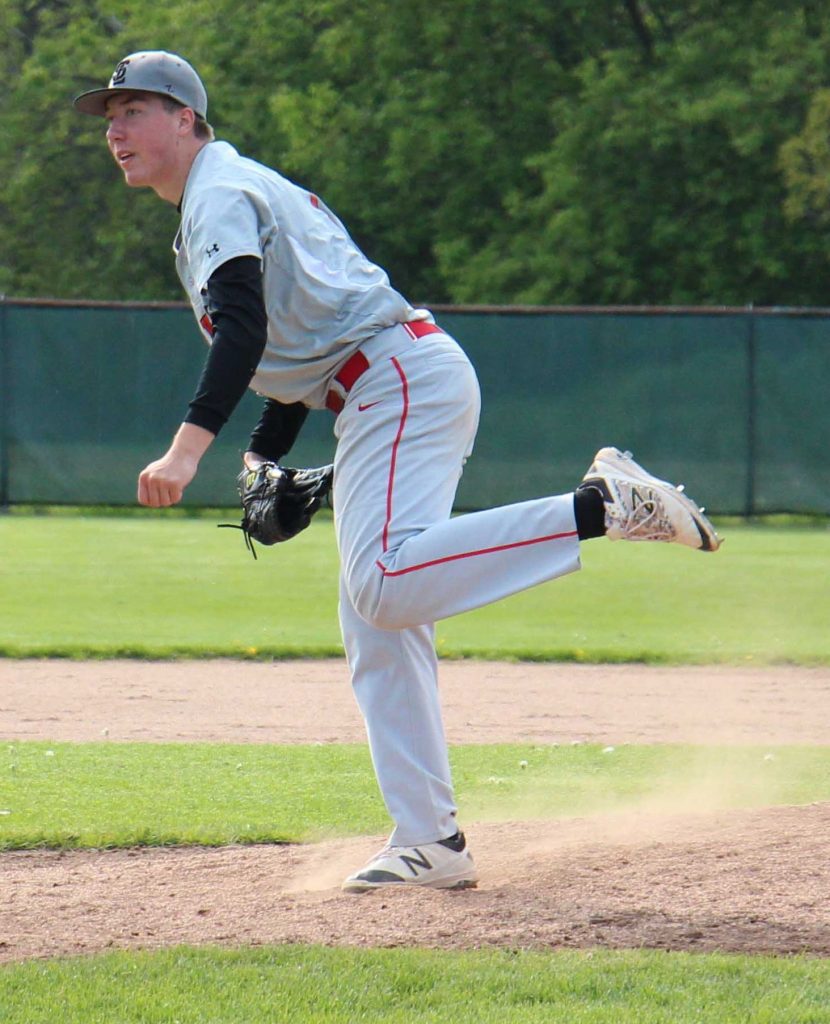 Spring Lake was assisted by two costly MCC errors, a hit batter and a wild pitch in the pivotal opening frame.

Gray’s first inning on the mound was almost as bad. He gave up four straight hits to start the inning – including a leadoff single by Cole Charlesworth, a double by Hai Nguyen and a two-run single by Jacob Holt, allowing MCC to cut its deficit to 5-2.

But Gray recovered by striking out two straight batters and coaxing the third to fly out to right, ending the rally.

He was in complete control after that, holding MCC scoreless on four hits the rest of the game. Gray started the seventh and final inning with two straight strikeouts, then surrendered a hit and a walk, before getting the final batter to fly to center to seal the victory.

He only walked two batters in the game and improved his record to 4-0.

“He’s been doing a great job – he’s been solid all year long – and that’s a big plus for us,” Spring Lake Coach Jeff Lindsey said about Gray. “We were on a bit of a skid, and this helps us get back on track.”

Gray said all of his pitches were working well, and he felt confident in his defense when the Crusaders put the ball in play. 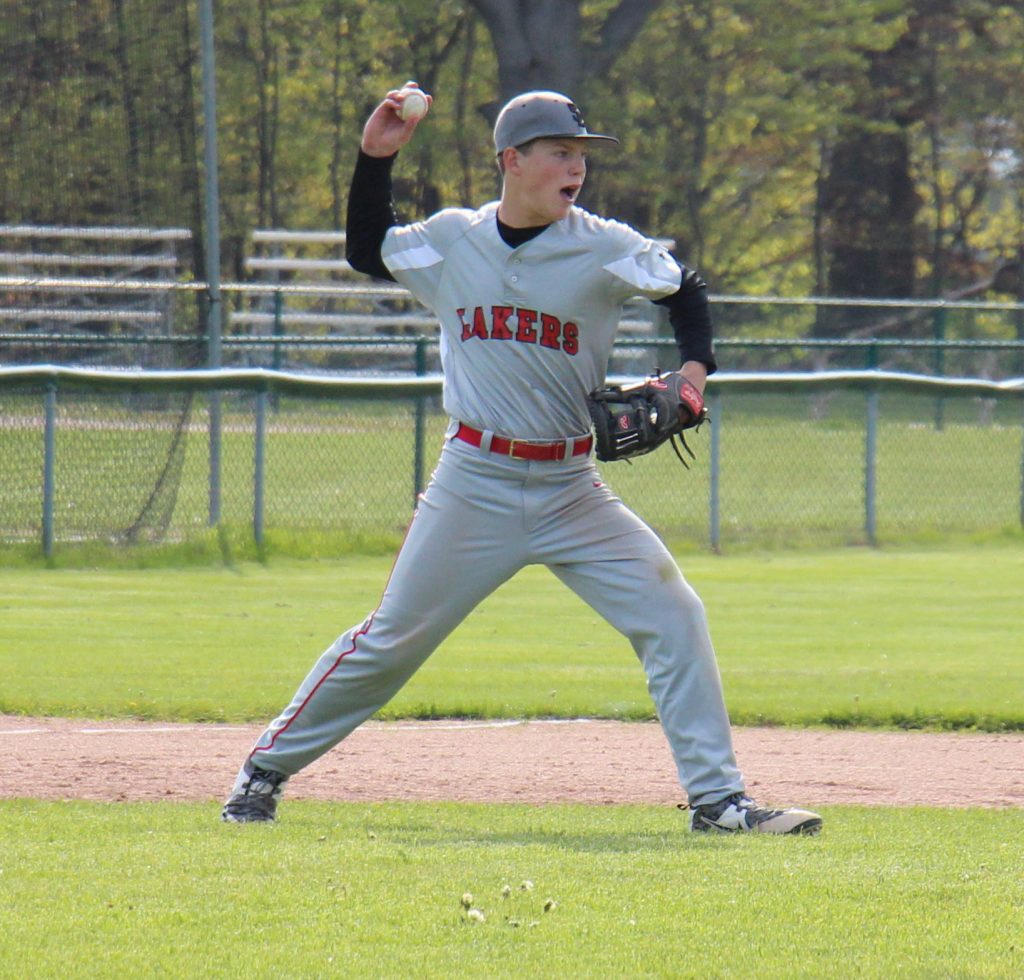 “My fastball was moving, my curveball was dropping off the table, and I was trying to mix it up on them,” he said.

Spring Lake added a pair of insurance runs after the first inning, on an RBI double by Trenton Dove in the second inning and an RBI groundout by Lucas Underwood in the fifth.

Nguyen and Holt each had two hits for the Crusaders.

Muskegon Catholic remains in first place in the Lakes 8 with a 14-2 league mark. The Crusaders are 24-5 overall.

“Our offense today was the worst I’ve seen it in years,” said MCC Coach Steve Schuitema. “We have to play a lot better than we did today. We’ll see. We haven’t been playing very well at all, particularly at the start of games.” 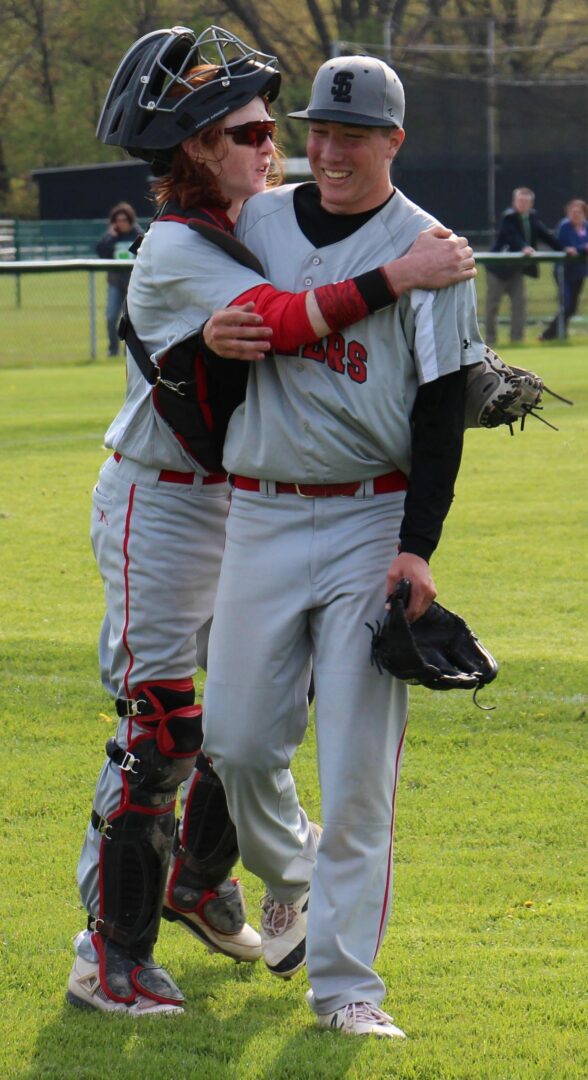 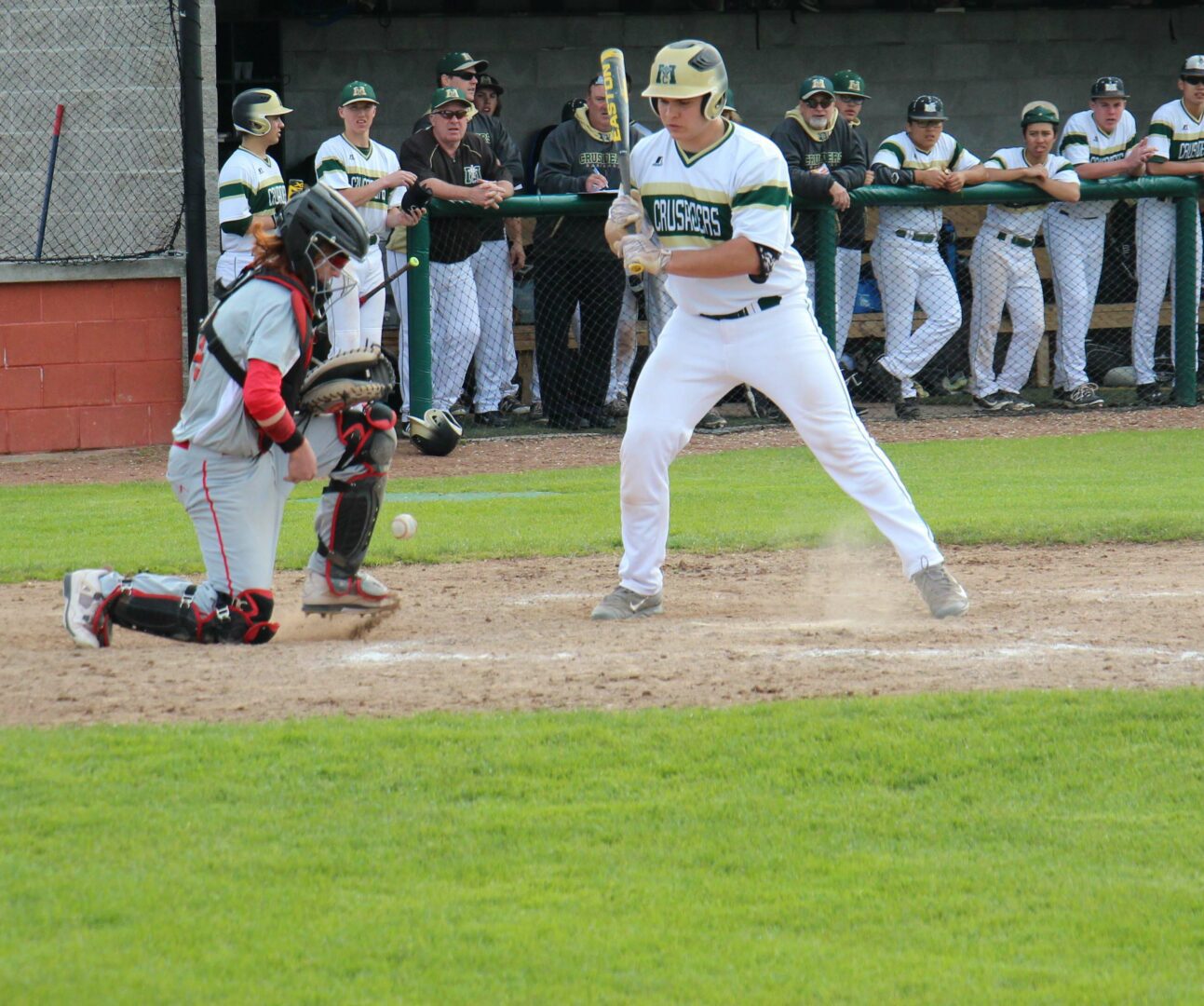 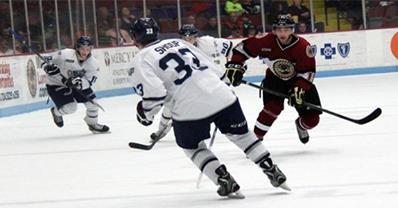