But that doesn’t mean they lose their luster.

The first game at Muskegon’s historic Marsh Field was played on May 4, 1916 between the old Muskegon Reds, a minor league professional team, and visiting Terre Haute. The Reds lost the game at the brand new stadium, 4-0.

Exactly 100 years later, Marsh Field was supposed to host a centennial birthday doubleheader between Muskegon and Mona Shores. But rain poured down in the afternoon and the party was postponed. 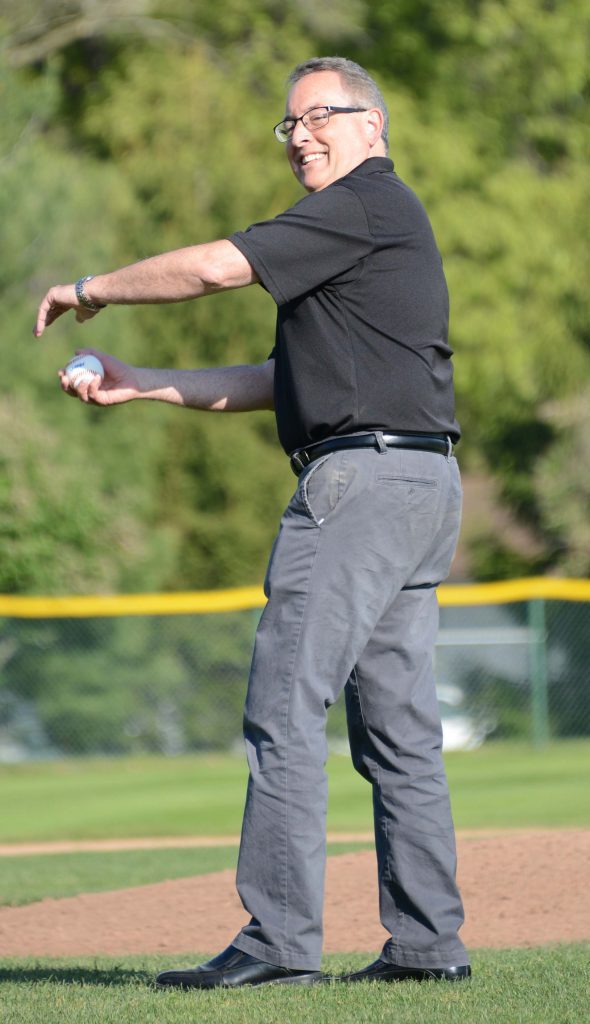 So they held it on Monday instead, with plenty of sunshine and warm temperatures – a perfect day for baseball.

The plan changed a bit, with the Muskegon Big Reds hosting Western Michigan Christian instead of Mona Shores. And of course the party took place a few weeks after the intended date.

But none of that mattered. There was a celebration of a century of great baseball, complete with a special ceremony between the two games, a speech by Muskegon Mayor Steve Gawron, and birthday cake and lemonade for everyone in attendance.

The mayor and Okkenen threw out the ceremonial first pitches.

‘It’s an excellent day – I couldn’t be happier,” said Gawkowski, whose organization manages Marsh Field for the city of Muskegon.

“It would have been nice to have it on the actual day, but we decided a long time ago to have the celebration throughout the year instead of just one day, anyway. We’re going to have 100th birthday tee-shirts for sale the rest of the summer – there just won’t be any more cake.”

Gawkowski, along with many other local volunteers, businesses and organizations have joined forces over the past few years to restore Marsh Field, which had fallen into a state of disrepair.

Gawkowski mentioned the new scoreboard beyond the right field fence, new stadium seating, and new metal bleachers as examples of the many improvements that have been made in recent years.

“The next thing is to replace the dugouts,” he said. “As much history as they have, if you’re 5-9 you have to duck. 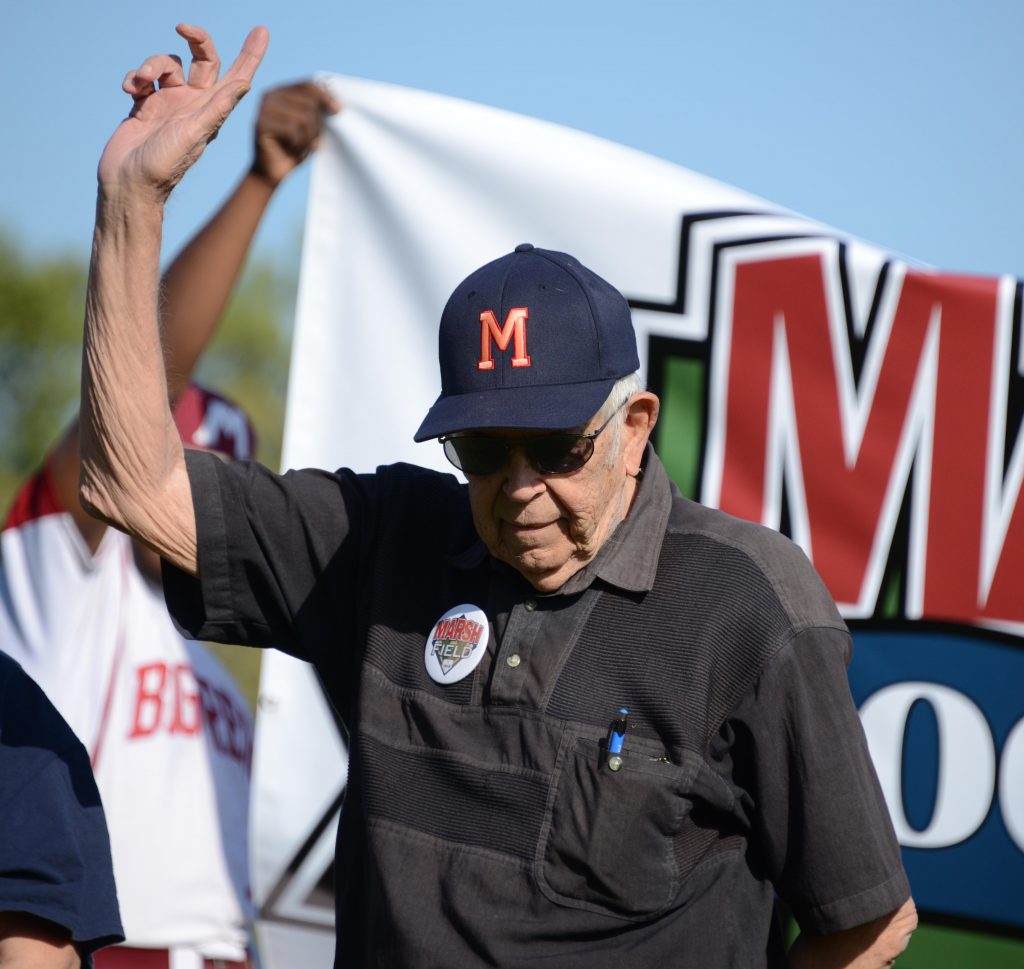 “There’s a picture from back in 1947 when the Detroit Tigers played there, and I don’t think the dugouts have changed except for the paint. I think they go all the way back to the mid- to late-1940s.”

“The field stays busy,” Gawkowski said. “There will probably be about 200 games this year.”

The field was certainly busy Monday night, with the doubleheader between the Big Reds and the Warriors.

The event was extra special for the Big Reds, who play their home games at Marsh Field. They lost both ends of the doubleheader, 6-1 and 4-3, but rallied from a 4-1 deficit in Game 2 and made it close.

It was a great effort for a team that’s still shopping for its first victory of the season.

“It was awesome,” said Big Reds baseball coach Erik Carlson. “One hundred years of baseball. I’ve been coming here since I was a little kid, watching, games, chasing baseballs and eating hot dogs. It was a good time today.

“We were down (in Game 2), we battled back, but we just didn’t finish in the last inning. The kids were ready to play this. They were bummed when it was rained out the first time.”

Muskegon senior Keenan Daniels said he and his teammates are so used to playing at Marsh Field that they never really appreciated all the history in the park – until Monday’s celebration. 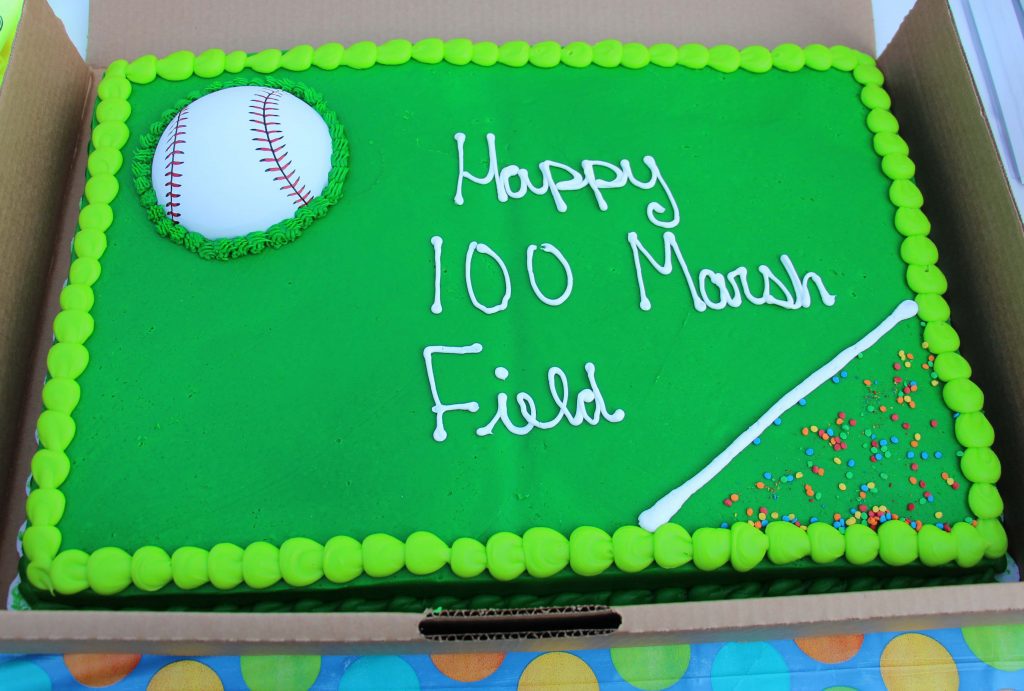 “It was fun,” Daniels said. “I really liked it. I liked how happy everybody was. Even though we lost two games we had fun today.”

The Western Michigan Christian squad was also excited to participate. The Warriors were scheduled to play the Big Reds at Marsh Field on Monday, anyway, but when it became a birthday party it also became an event.

“When we got the call we were pretty honored,” said WMC coach Chris VanHekken. “We love coming to play here. They’ve done an awesome job with this field. I thought the Muskegon Big Reds played awesome. They have a lot to be proud of.”

WMC senior Jared Varnado, who was the starting and winning pitcher in Game 2, grew up and lives just down the road from Marsh Field, but he didn’t know about the celebration until he showed up for the game.

“It was really cool and fun to see everyone celebrating 100 years of baseball,” he said.

In Game 1, Coleman Brott pitched a complete-game victory or WMC, striking out eight.

Vicai Aikens pitched five solid innings for Muskegon, striking out six. Xavier Middleton was 2-for-3 at the plate with a stolen base. Terrion Hill-McKay added a double for the Big Reds. 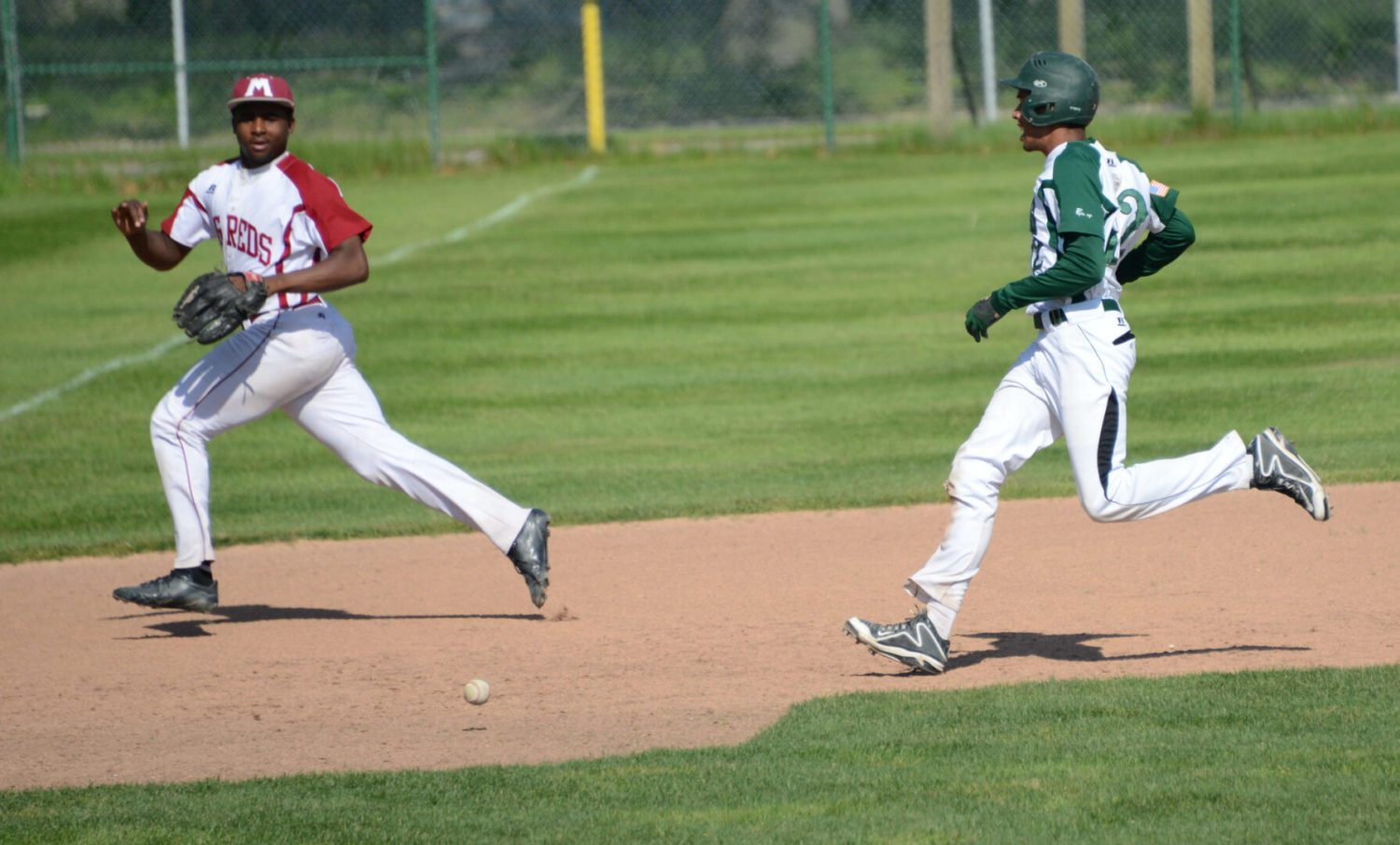 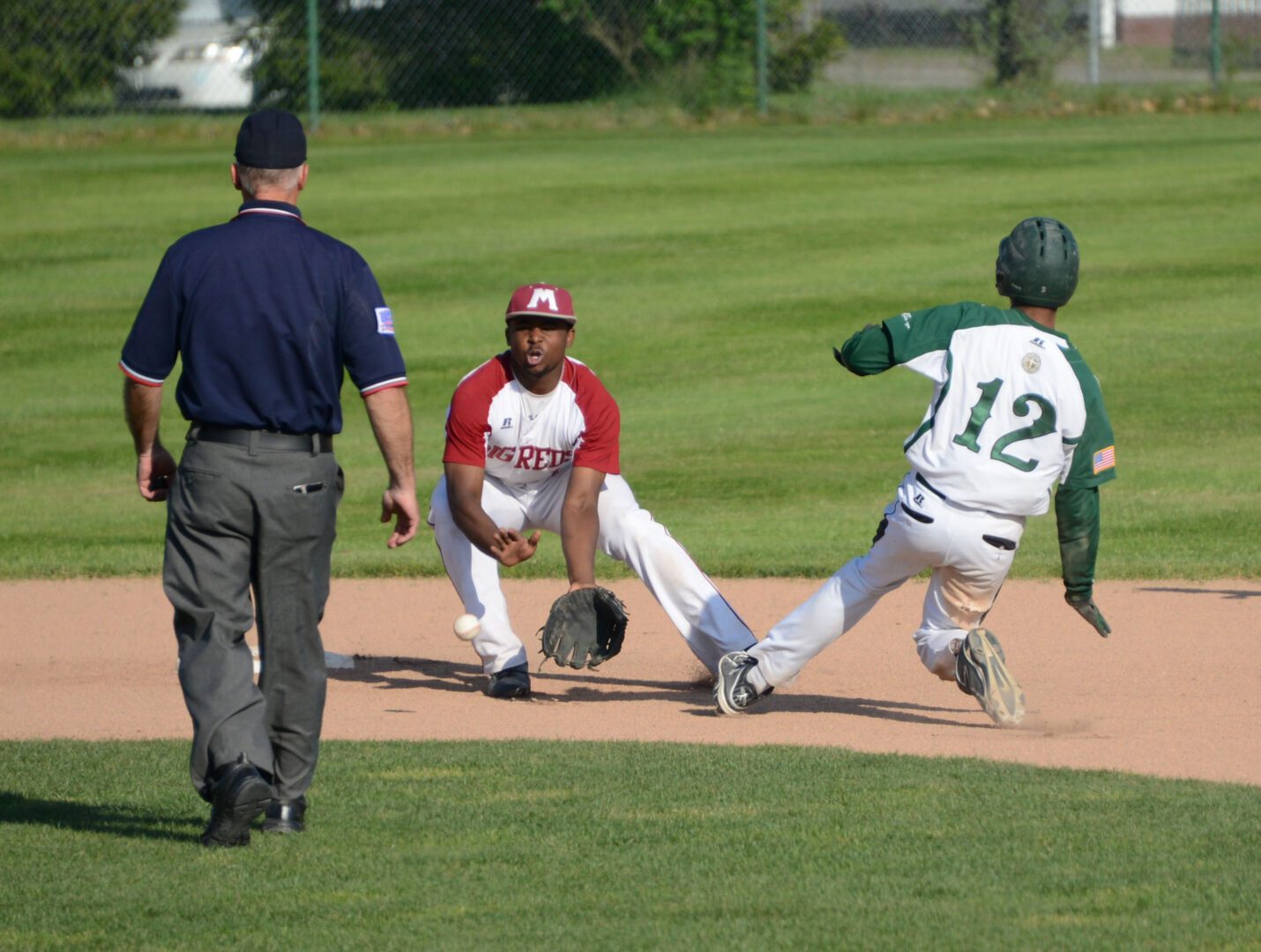 Muskegons Terrion HIll McKay gets ready to catch the throw at second base as No. 12 Jarod Varnado slides on the steal. 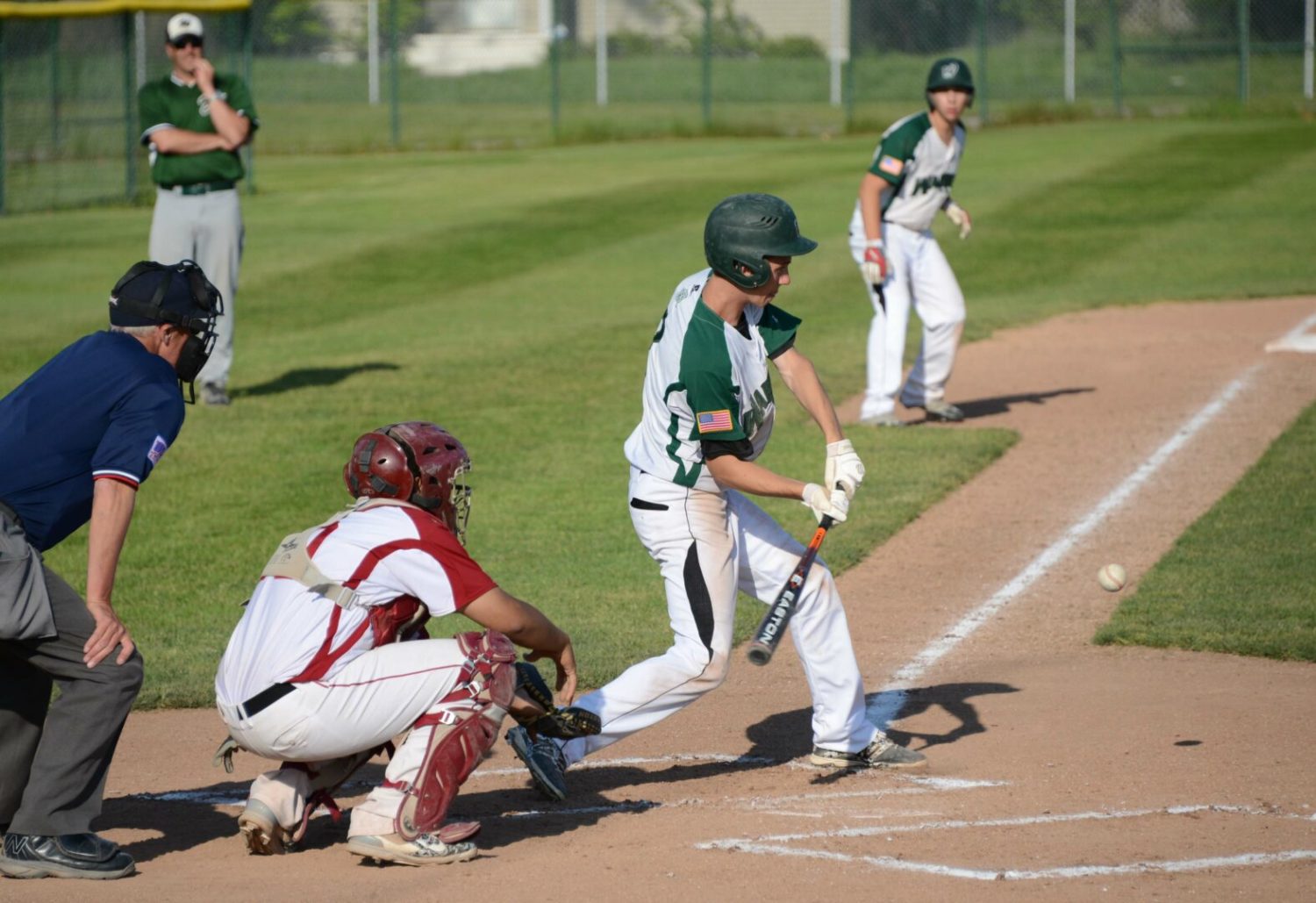 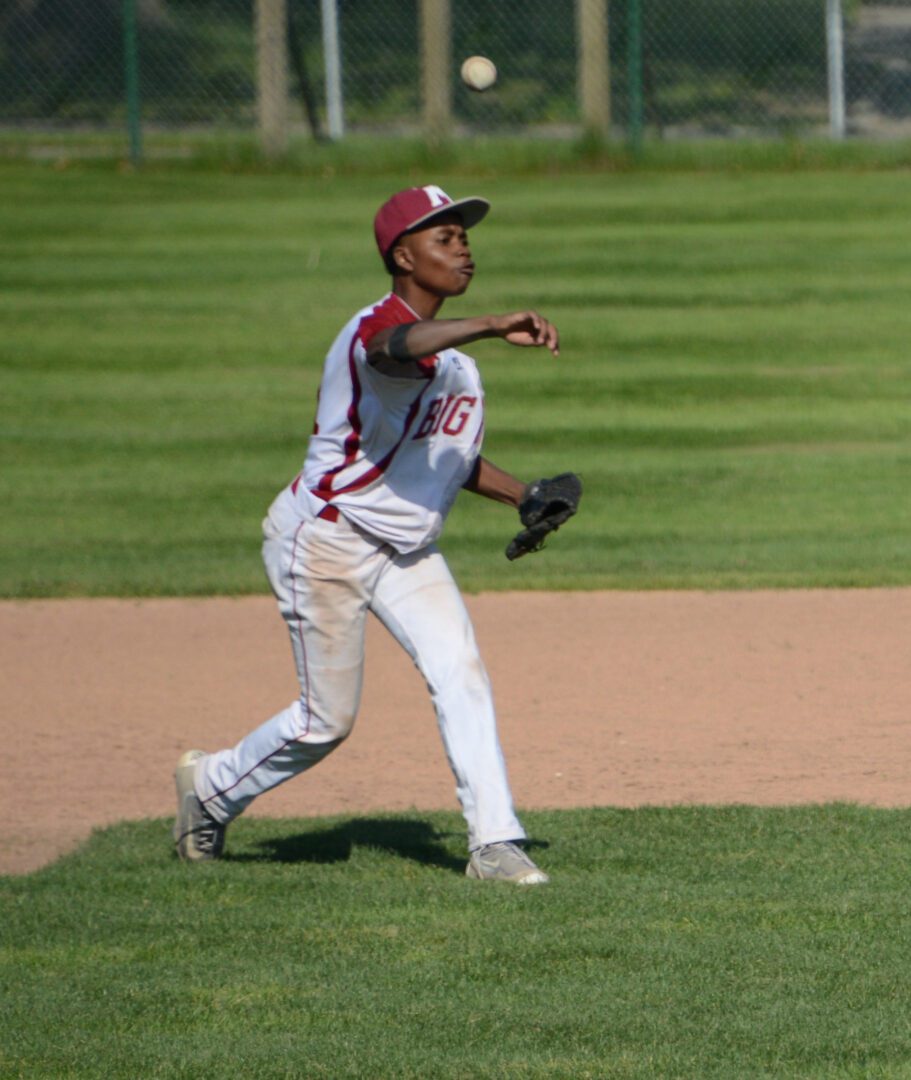 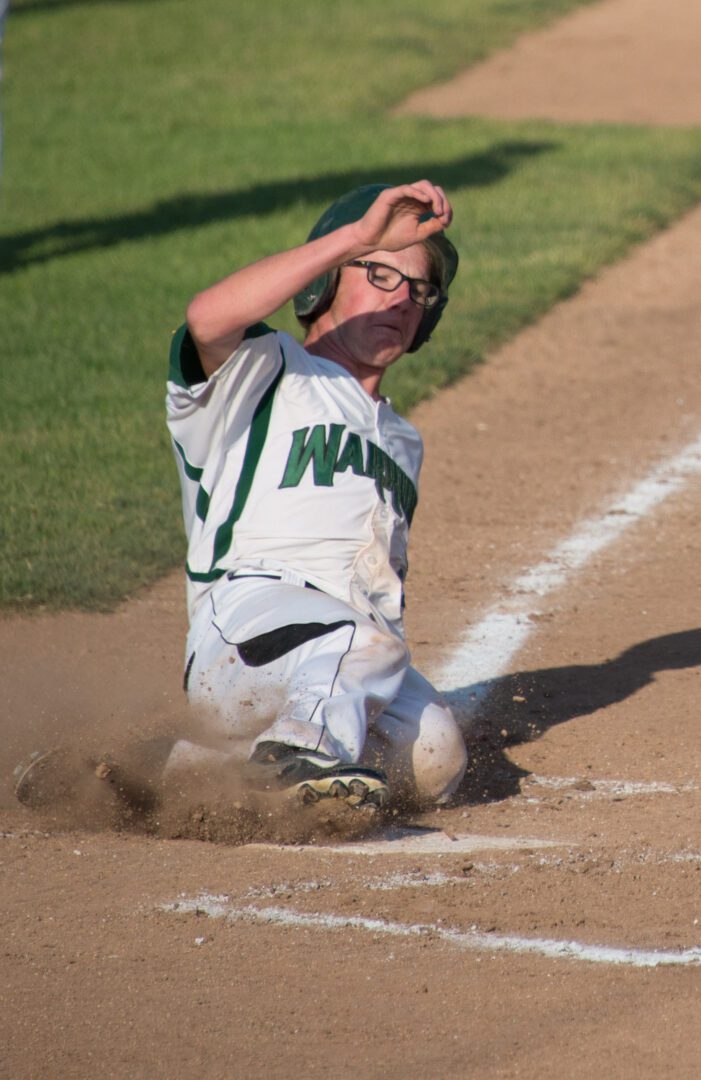 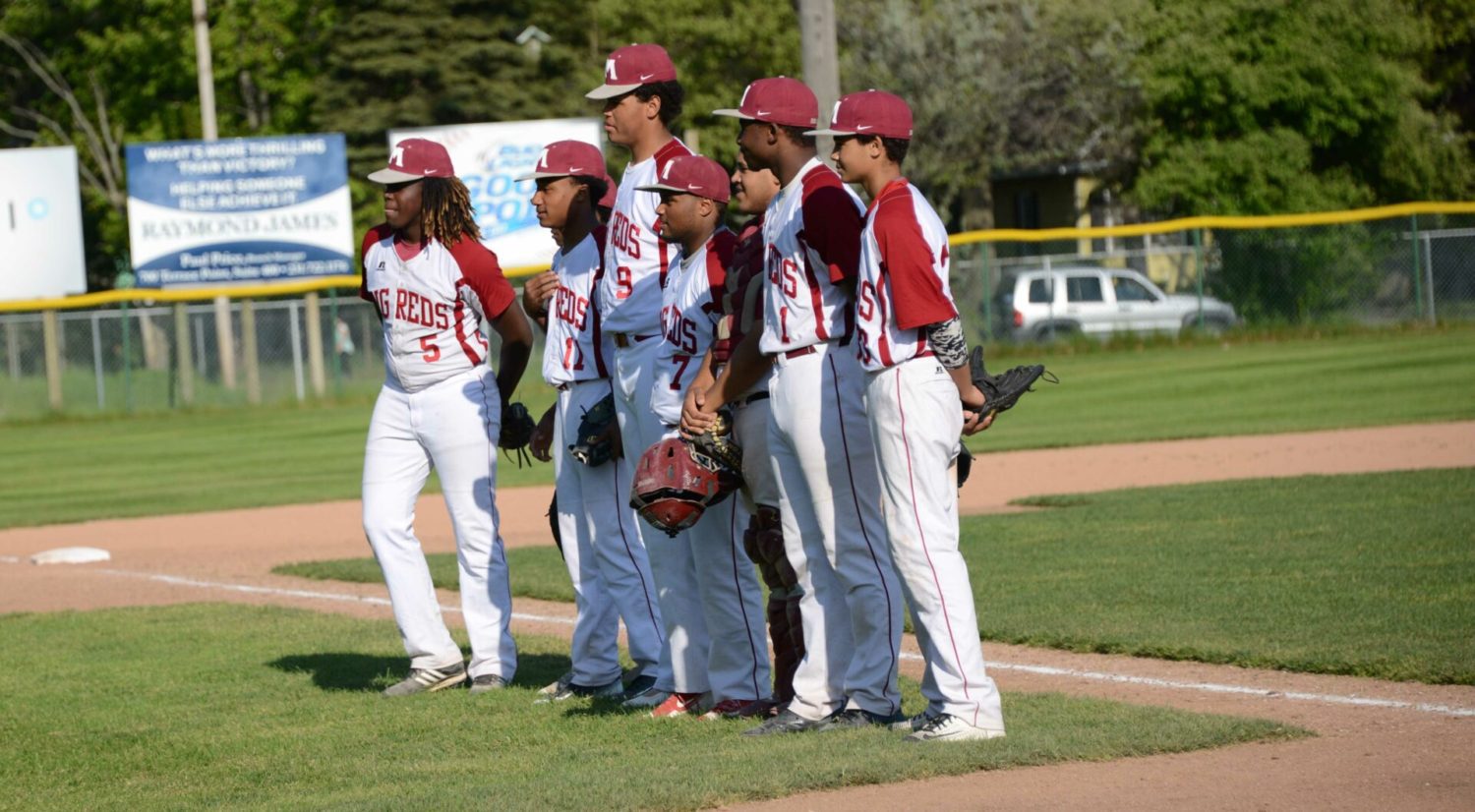 The Muskegon Big Reds line up during the starting lineups. Photo/Marc Hoeksema 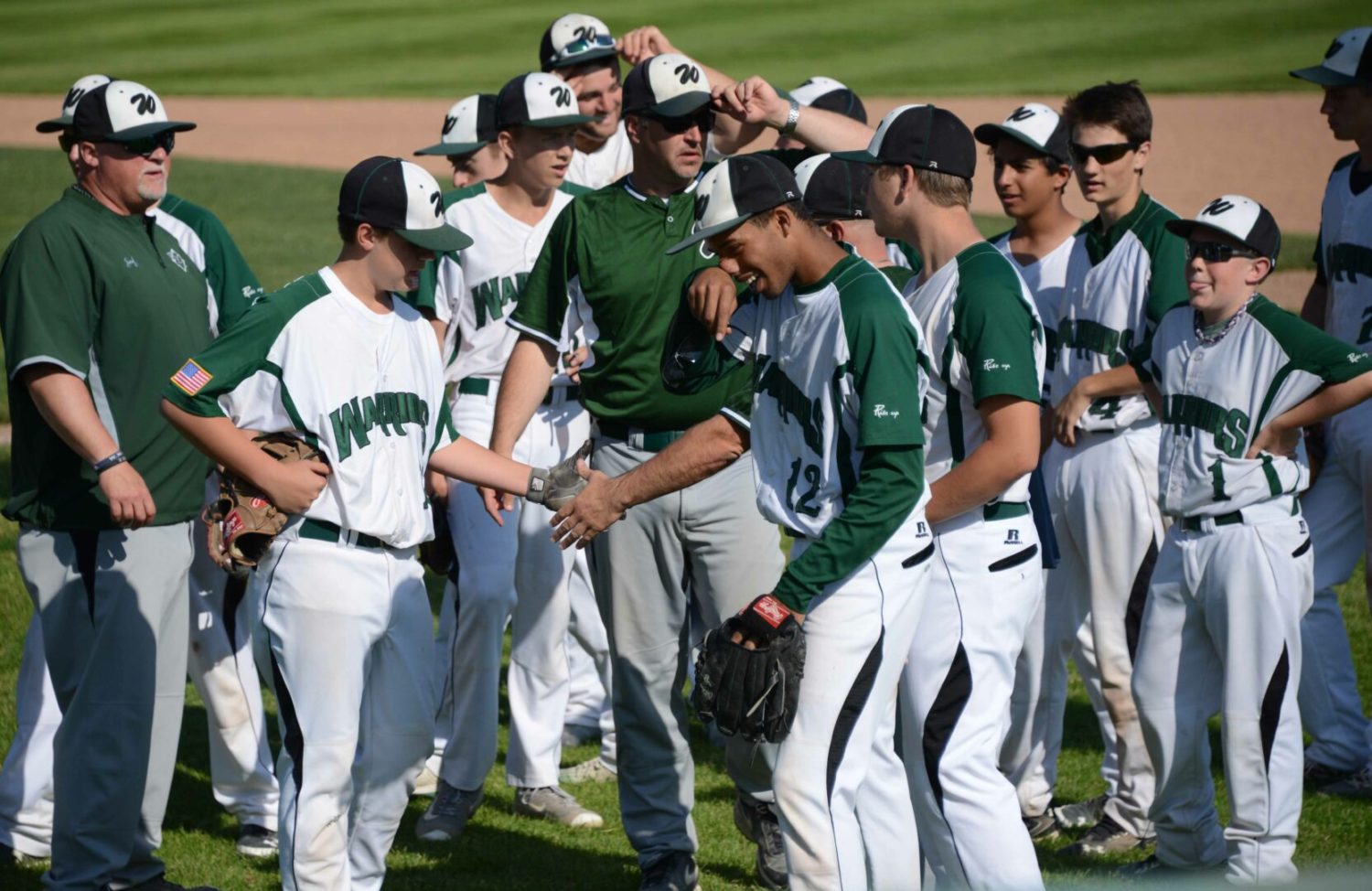 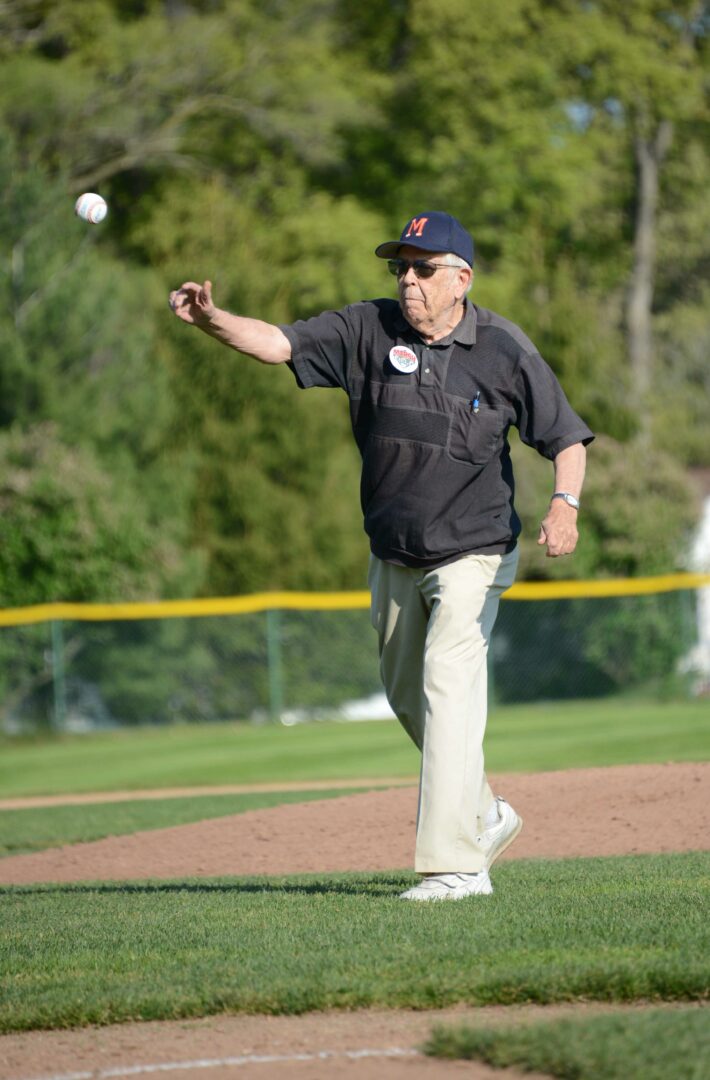 Jared Varnado looks to the infield umpire after making the tag for WMC. Photo/Marc Hoeksema 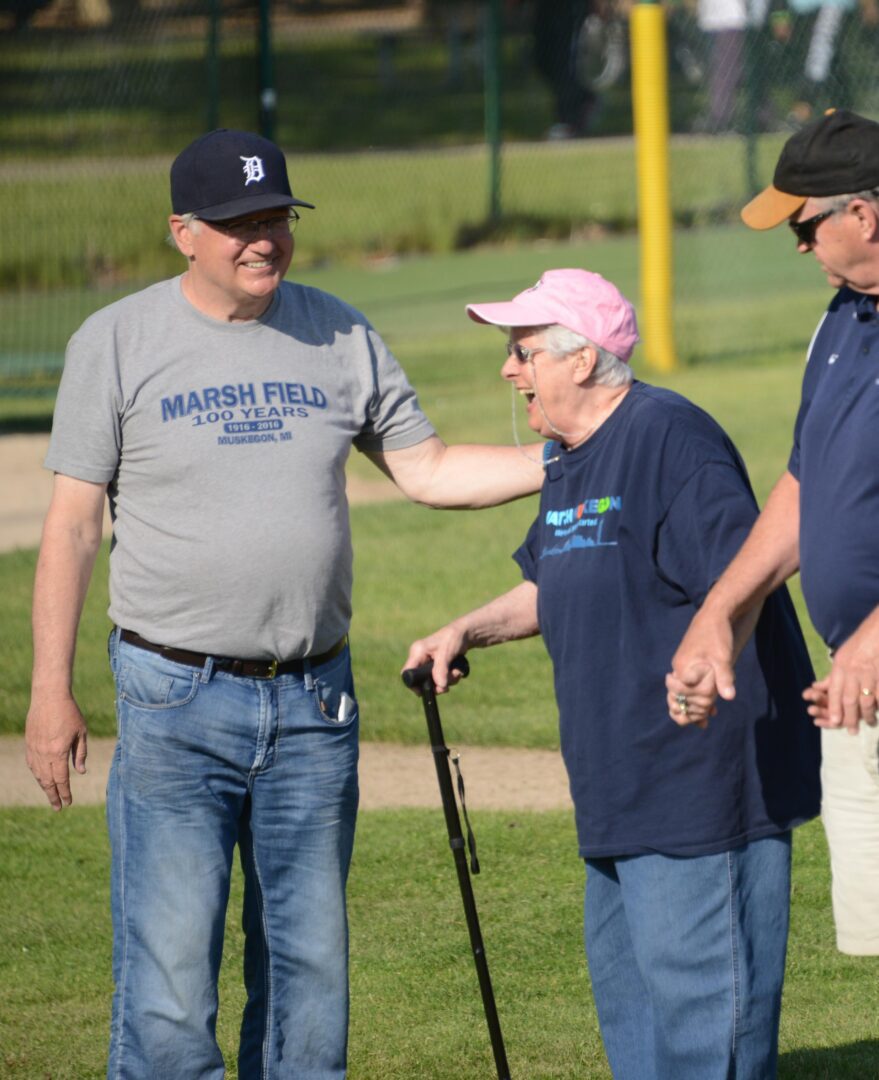 Muskegon Heights stifles Martin in the third quarter, holding them to two points, as they come back to win in the regional semifinals