MUSKEGON – The Muskegon Clippers defeated the Shoreline Salmon in baseball on Tuesday.

That’s hardly a surprise. The Clippers beat the Salmon, a first-year team based at Muskegon

Community College, three other times this spring, and the scores were pretty ugly. 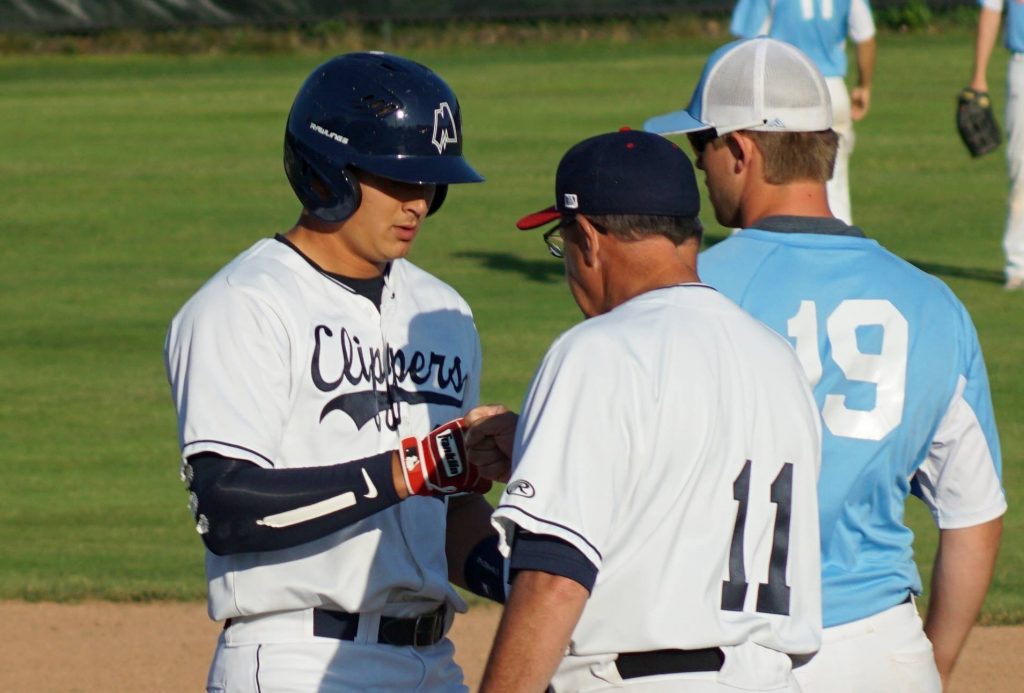 But the Salmon are making progress.

The young team, comprised largely of players who were freshmen at MCC or various other colleges in the spring – or players who will be incoming freshmen this fall – lost 4-0 to the Clippers at Marsh Field.

That was a big improvement over their past games with the Clippers when they were outscored by a combined of 56-15.

The Salmon have also won three games in the Michigan Collegiate Summer Baseball League after starting out the season 0-3 with blowout losses to the Clippers.

“We are getting better pitching,” said Salmon Manager Roger Sweedyk, whose team is 3-8 on the season. “They (pitchers) are getting more consistent.”

“I told the guys before the game, every day is a new day, and anything can happen,” said Clippers Manager Walt Gawkowski, whose team improved to 10-0 in the league standings. “They played very well. Their starting pitcher threw exceptionally well. It was a good ballgame, a very competitive game. We want to have competitive games, everybody in the league does. Tonight it was fun.” 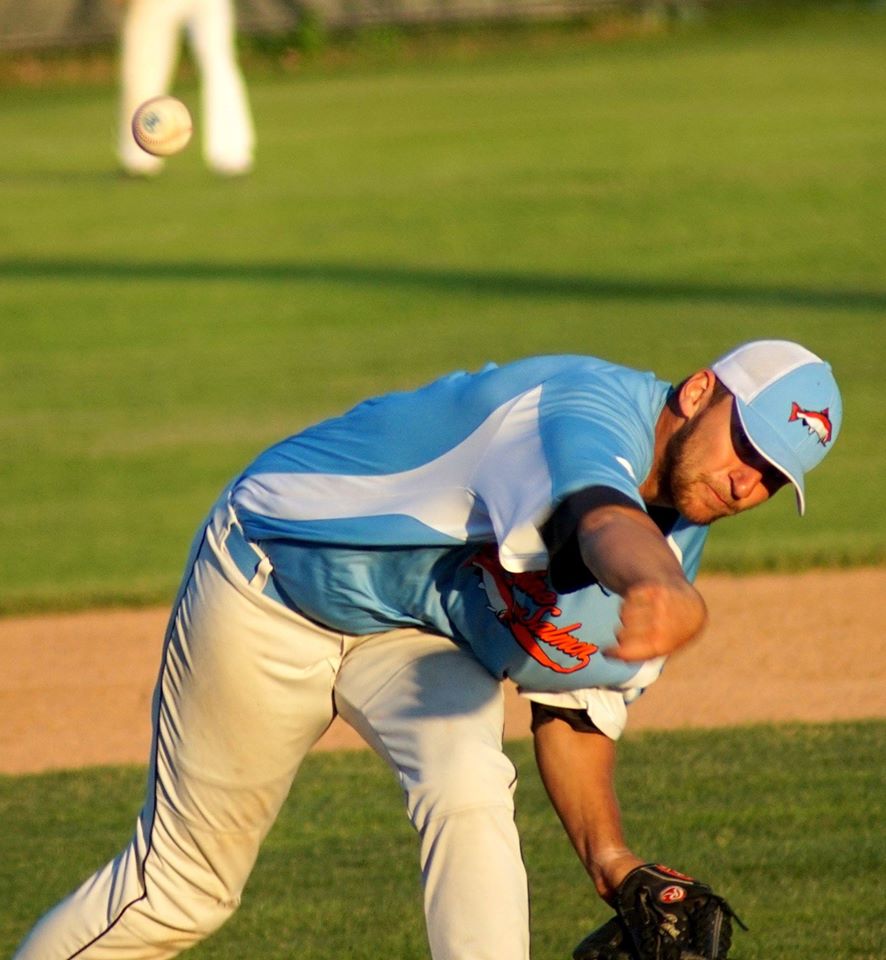 Trevor Mosher delivers the pitch for the Salmon. Photo/Leo Valdez

Tuesday’s game features a pitching dual for six innings between the Clippers’ Jackson Shaver and the Salmon’s’ Trevor Mosher.

Shaver got the win, allowing only one hit while striking out seven over six innings. He combined with reliever Mitch Ashcraft (three innings, four strikeouts) to limit the Salmon to three hits.

“It always comes down to the guys on the 10-inch hill. We haven’t been as good offensively as I had hoped, but when we pitch like that, it takes a lot of pressure off the offense.”

Mosher was almost as impressive for the Salmon, scattering five hits over six innings with seven strikeouts and only one walk.

“His off-speed stuff was really good tonight,” Sweedyk said about his pitcher. “He struggled last week against the (Holland) Millers, but tonight was completely different.”

The Clippers opened the scoring in the third inning with a solo homer by Jacob Buchberger, who finished with two hits and two RBIs after knocking in four runs in a Monday victory over Holland.

Muskegon added two more in the fifth with a two-out walk by Logan Fleener and back-to-back doubles by Buchberger and Connor Glick.

The Clippers rounded out the scoring with a run in the seventh inning. 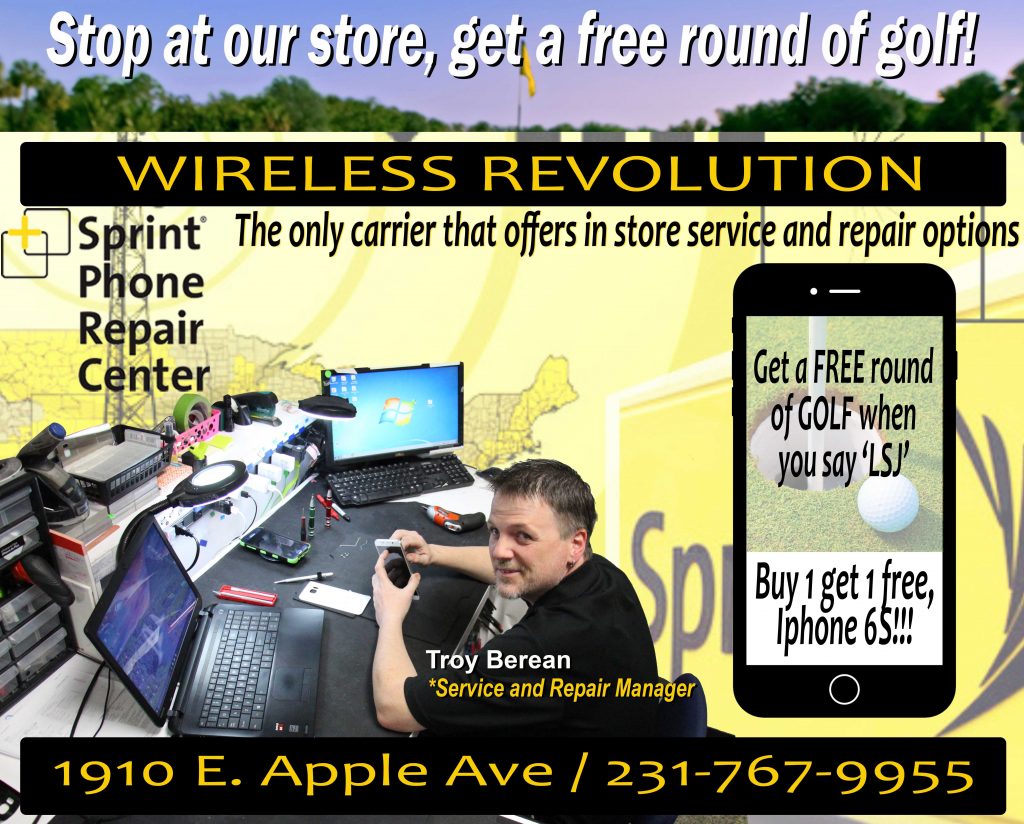 Click AD to see where you can GOLF for FREE! 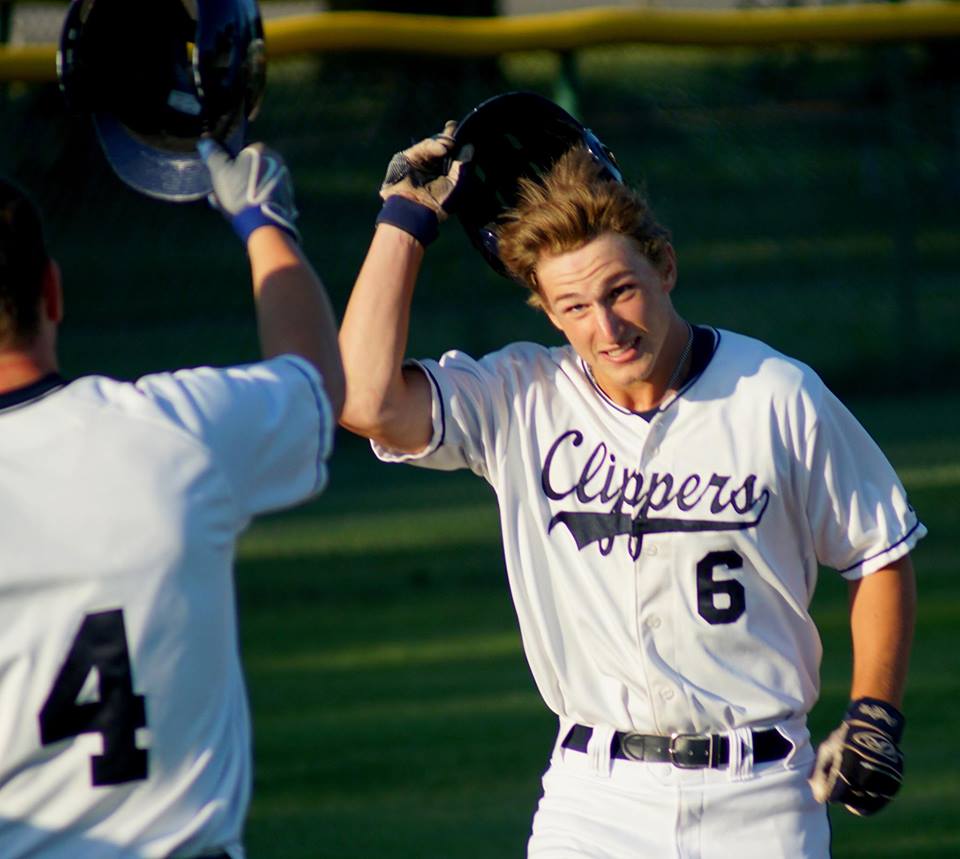