There was one team standing in their way: Holland West Ottawa.

The Panthers were prepared to spoil the Sailors’ shot at history and were successful in doing so. A late rally in the top of the seventh inning gave Mona Shores hope, but it wasn’t enough as West Ottawa captured the district championship with a 7-5 win. 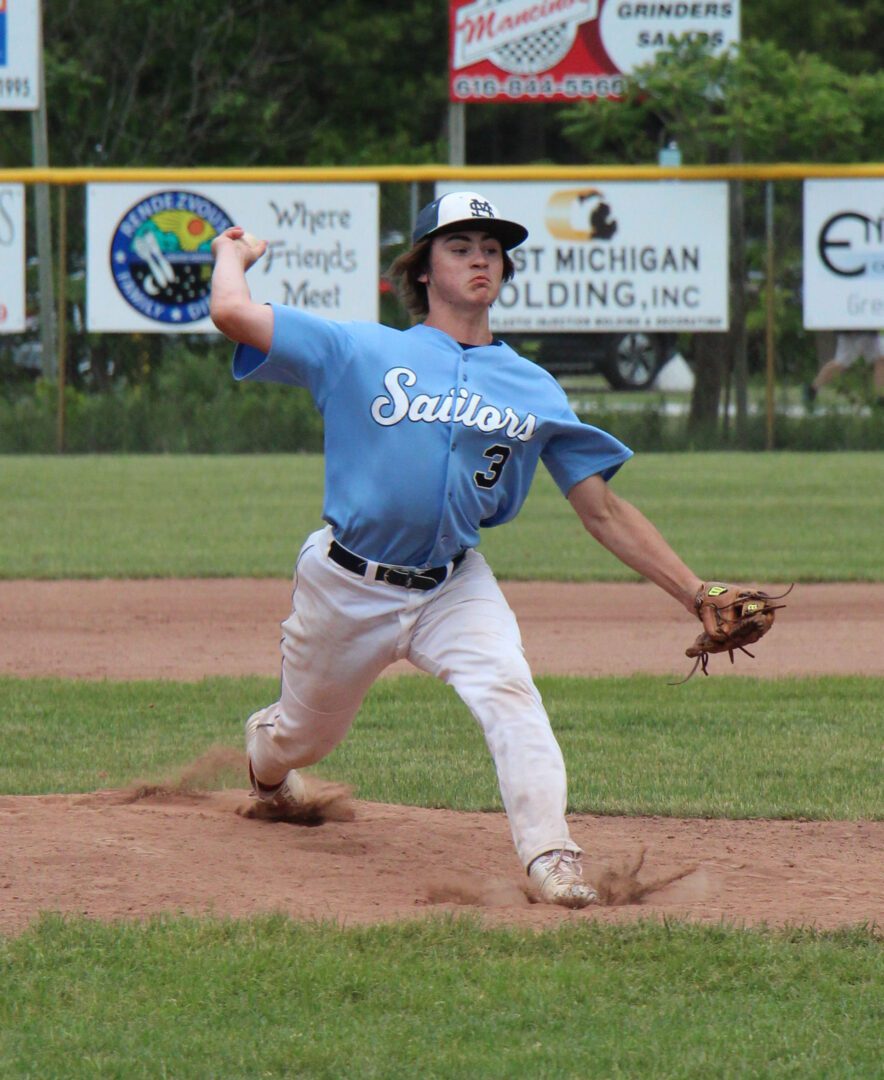 Mona Shores finished a great season with a 29-8 record.

West Ottawa jumped out to a two-run lead in the first inning and never surrendered the advantage.

“Our game plan going into Mona Shores was to get on them early,” said West Ottawa head coach Matt Naber, whose team advances to regional play with a 22-7 record, “We know that they’re a high energy team and we thought that if we could put up a zero and score a few runs, that we could break their spirit a little bit. I think that’s what happened.”

The Panthers added to their lead in the second inning when a sacrifice bunt and a sacrifice fly put a runner on third base, then Tyler Bosma found the grass in center field to knock in the run.

Bosma also commanded the mound for West Ottawa and was in control early on, allowing only two hits through the first three innings. But in the fourth inning the Sailors got to him a little bit.

The Panthers went up by two runs again in the bottom half of the fourth inning, scoring on a passed ball. 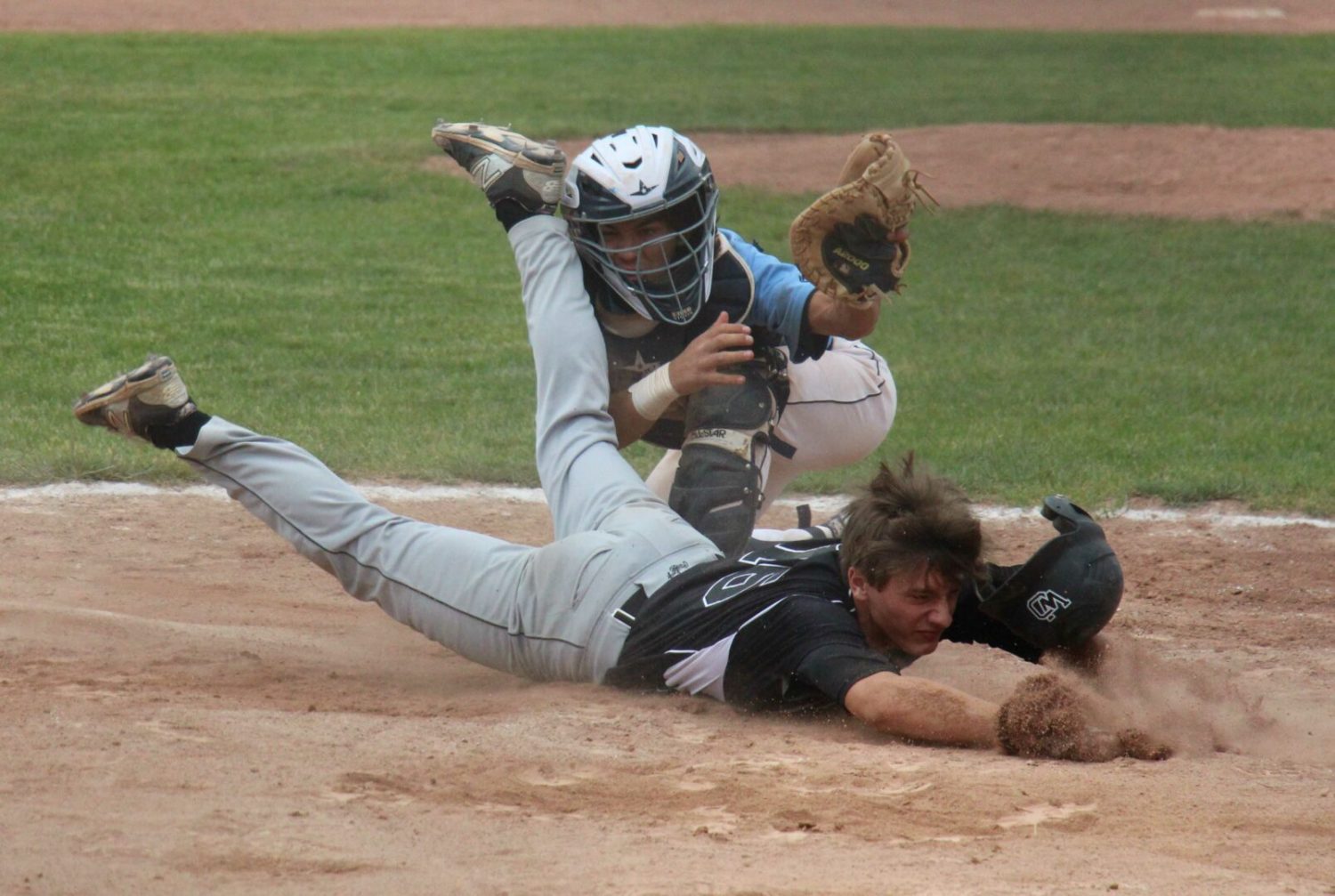 Bosma’s pitching kept the Sailors at bay in the top of the fifth inning, while the Panther offense added three more runs to their lead in the bottom half.

After a scoreless bottom of the sixth, the Sailors had one last chance to save their season in the seventh and final inning.

Nick DeBruin led off the inning with a walk and Zac Cuthberson came on as a pinch runner. Cuthberson eventually advanced to third before Elijah Wilson’s single knocked him in.

Down 7-4 with two outs and two runners on base, Broersma stepped up to the plate. He delivered an RBI single, scoring Freeman and cutting the Sailors’ deficit to two runs, but that is as close as they would get. 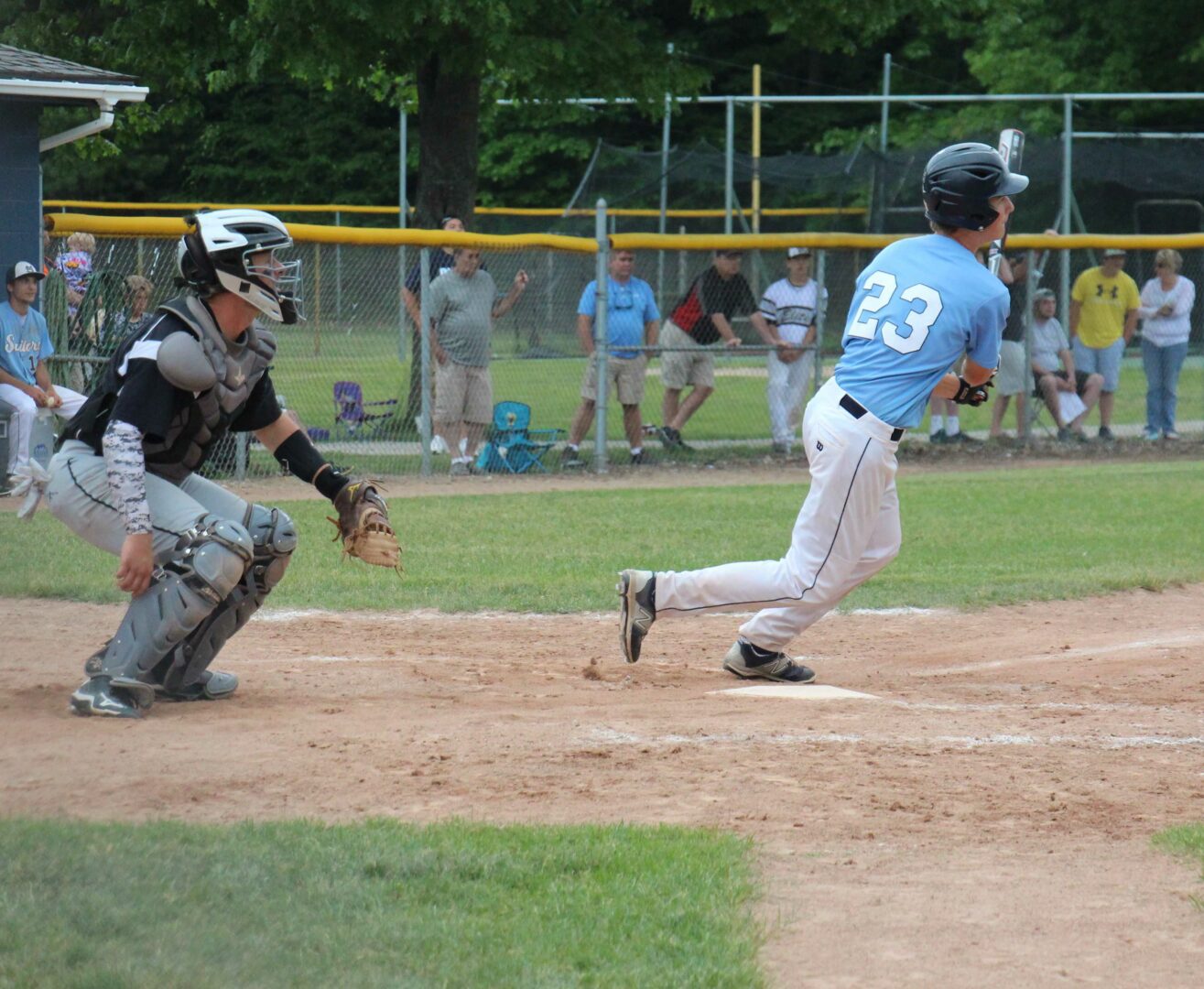 Collin Vaughan gets a single for Mona Shores. Photo/Jason Goorman 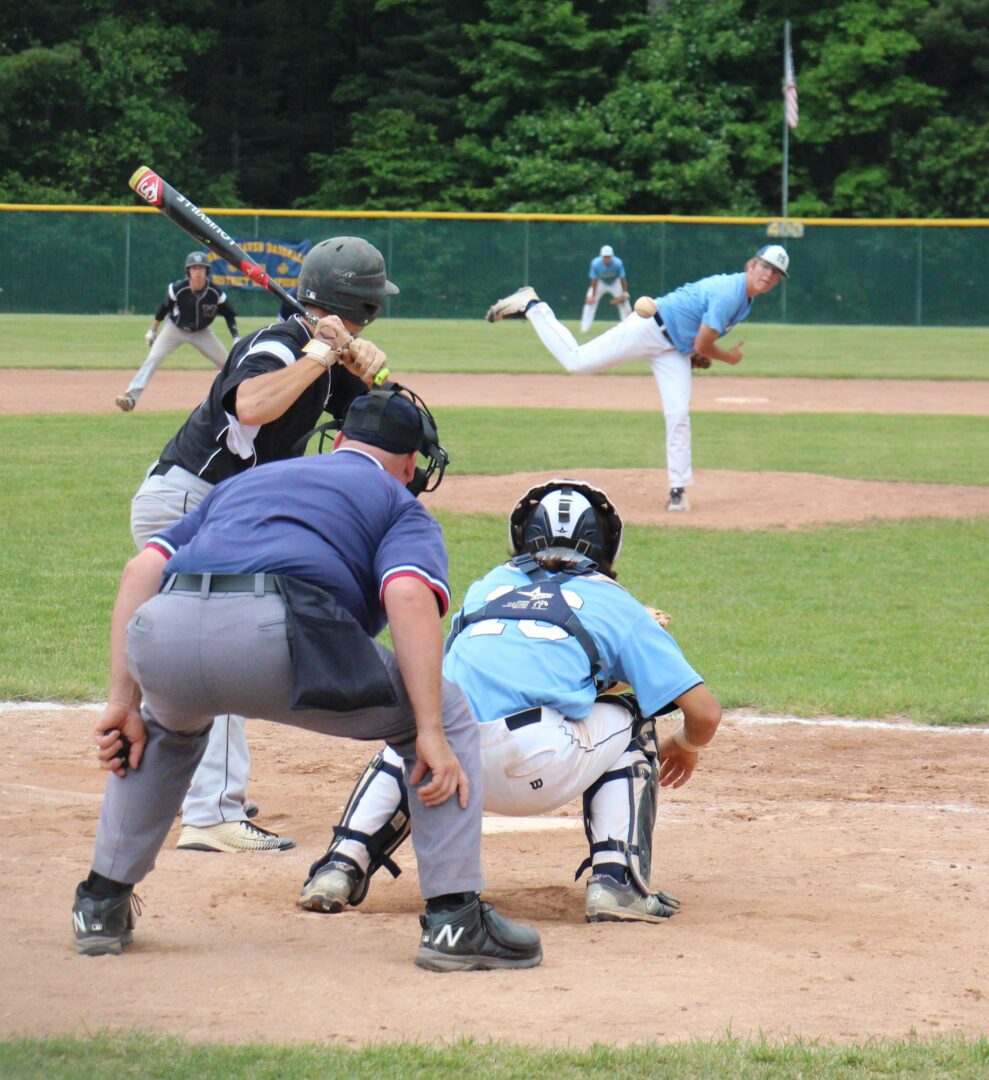 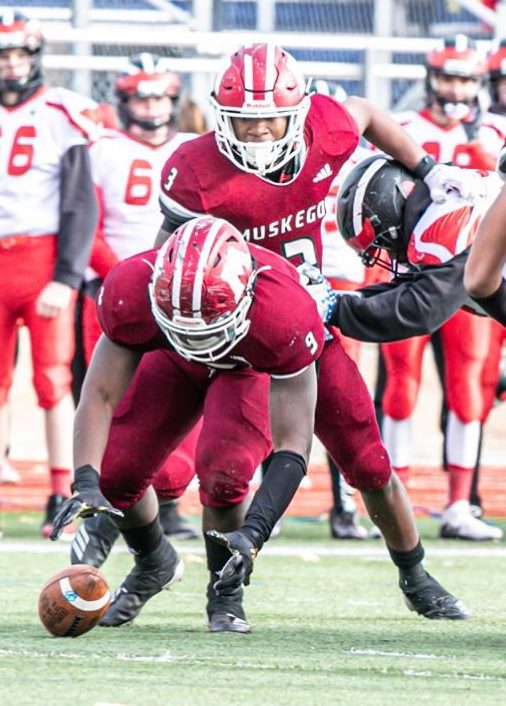