MUSKEGON – The Muskegon Clippers’ home opener was pretty ugly defensively, but a win’s a win.

The Clippers and River City Rapids combined for 10 errors on Wednesday night, with the visitors committing seven.

The Clippers took advantage of that ugly differential, particularly in the seventh inning, when they scored five runs on two errors plus a wild pitch to gain an 8-3 victory at Marsh Field. 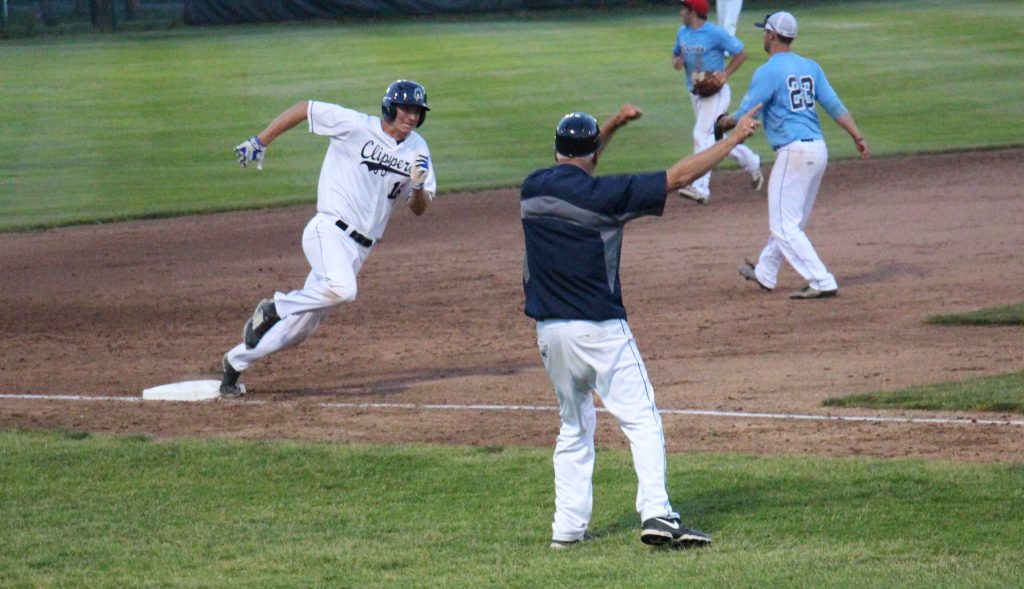 Muskegon improved to 2-0 in the busy first week of the season, with home games slated for Thursday and Friday against the Irish Hills Leprechauns and Shoreline Salmon, respectively.

“It wasn’t a perfect win but overall a good win against a good pitching staff,” said Clippers Manager Walt Gawkowski. “Right now our roster is still in a state of flux, we are shy of arms (pitchers).”

Reliever Kyle Lawson got the win for the Clippers, allowing one run on three hits in two innings. Closer Matt Williams faced four batters and struck out three in the ninth.

“Null did a nice job giving us six innings, he started slow but he settled in,” Gawkowski said. “Kyle (Lawson) was good and Matt (Williams) was lights out. The plan was to piece the pitching staff together.”

River City opened the scoring in the first inning on RBI singles by Brent Showers and Chris Clark to take a 2-0 advantage. 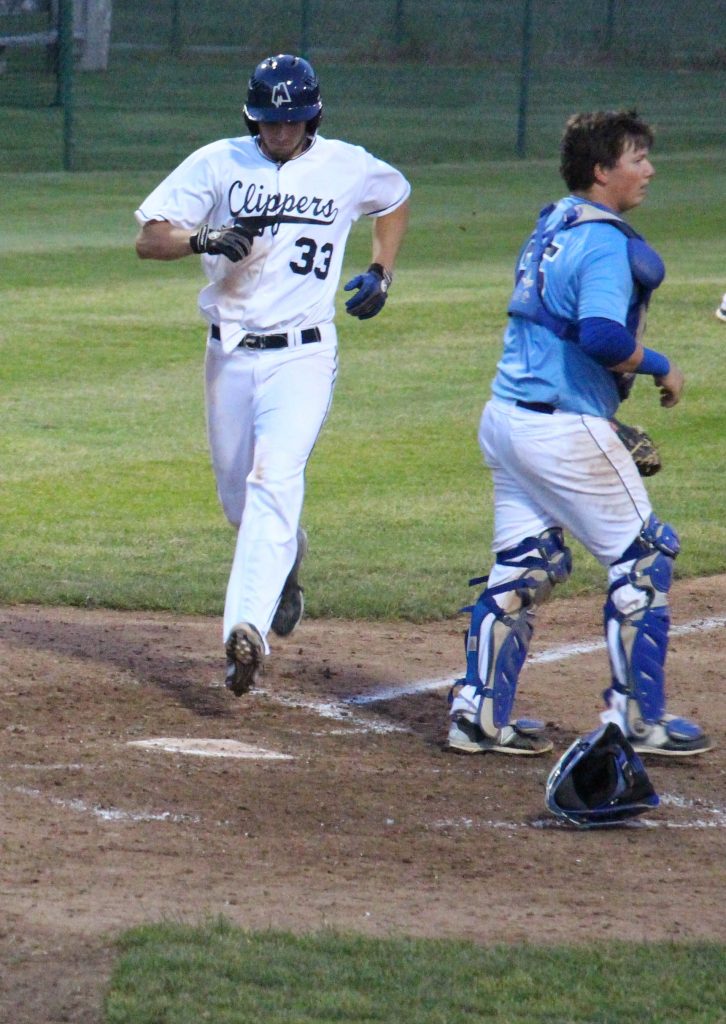 The Clippers responded with two runs in the second inning – scored by Cameron Bair and Nick Holt – following a pair of Rapids errors.

Muskegon took a 3-2 lead in the fifth inning on an RBI single by Connor Glick that scored Logan Fleener.

The Rapids tied the game on an RBI single in the top of the seventh inning by Clark, before the Clippers nailed down the win with five runs in the seventh.

The Clippers scored two runs on two errors, another on a wild pitch, then added two more with an RBI single by Will Harris and a run scoring groundout from Connor Seymour.

The Clippers were led by Glick with three hits, including a double, one RBI and one run, while Harris added two hits, an RBI and one run.  Bair chipped in with a double and scored two runs. 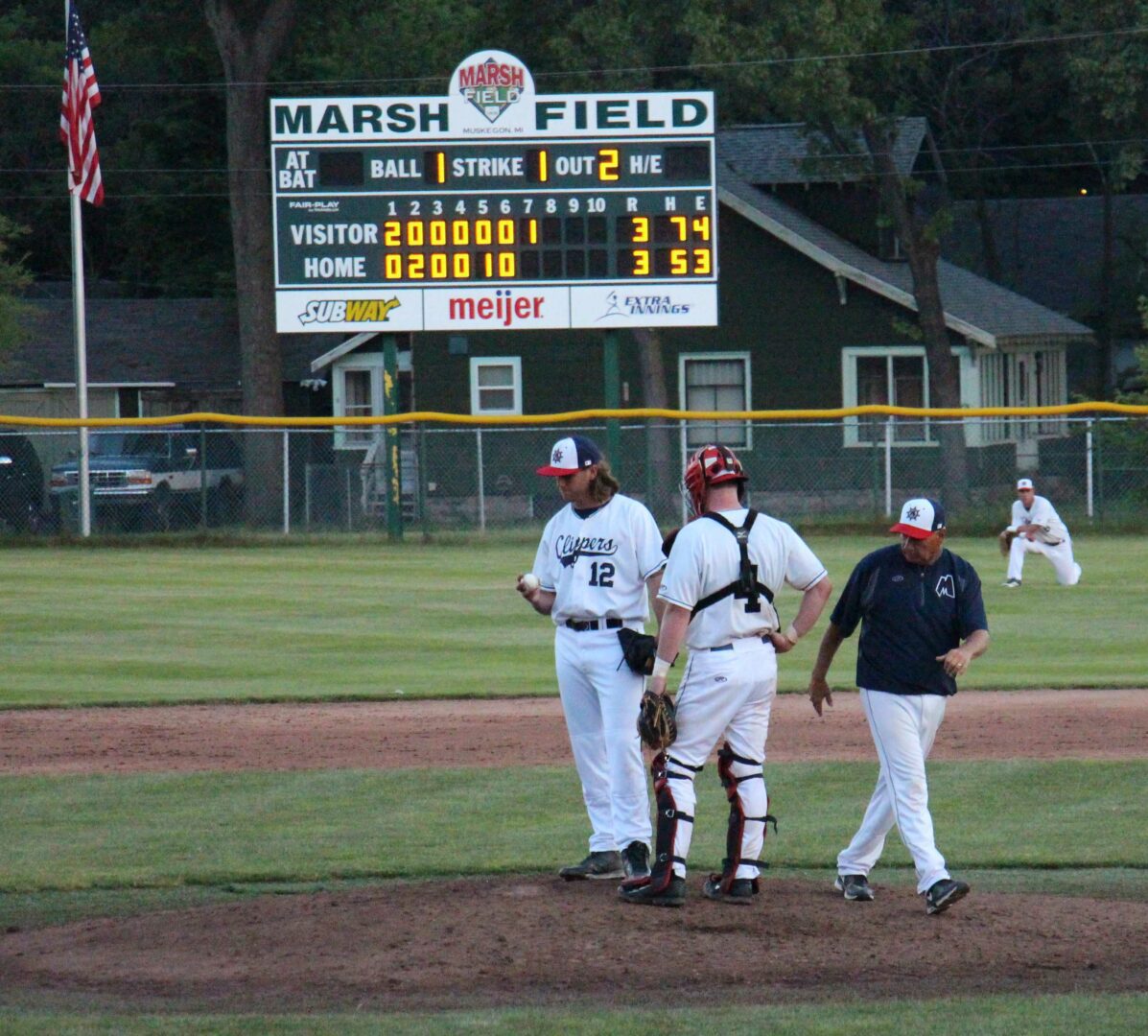 The boys of summer in the Marsh Field home dugout. Photo/Steve Gunn 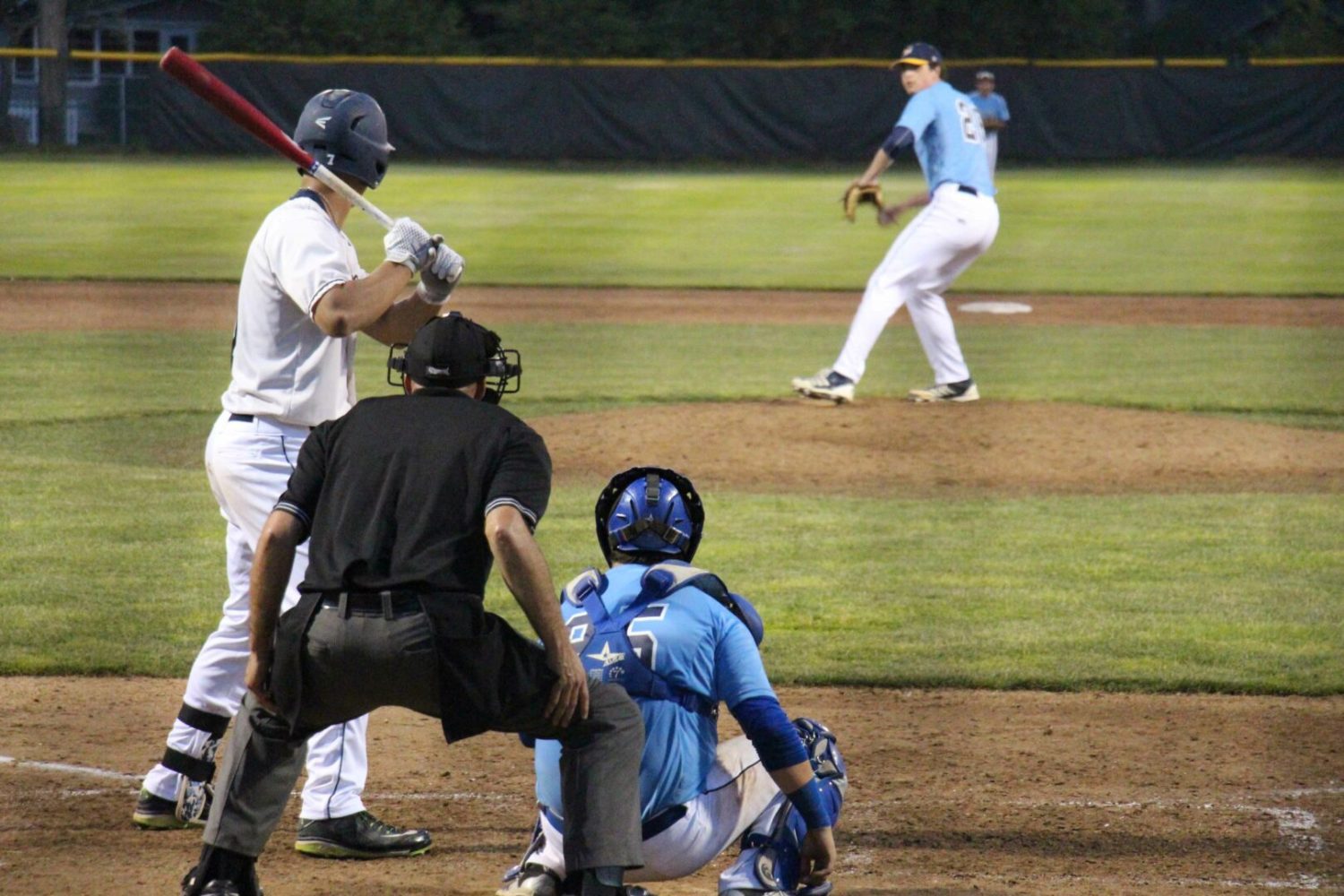