COOPERSVILLE – Eventually all good things come to an end. But some endings are more heartbreaking than others. 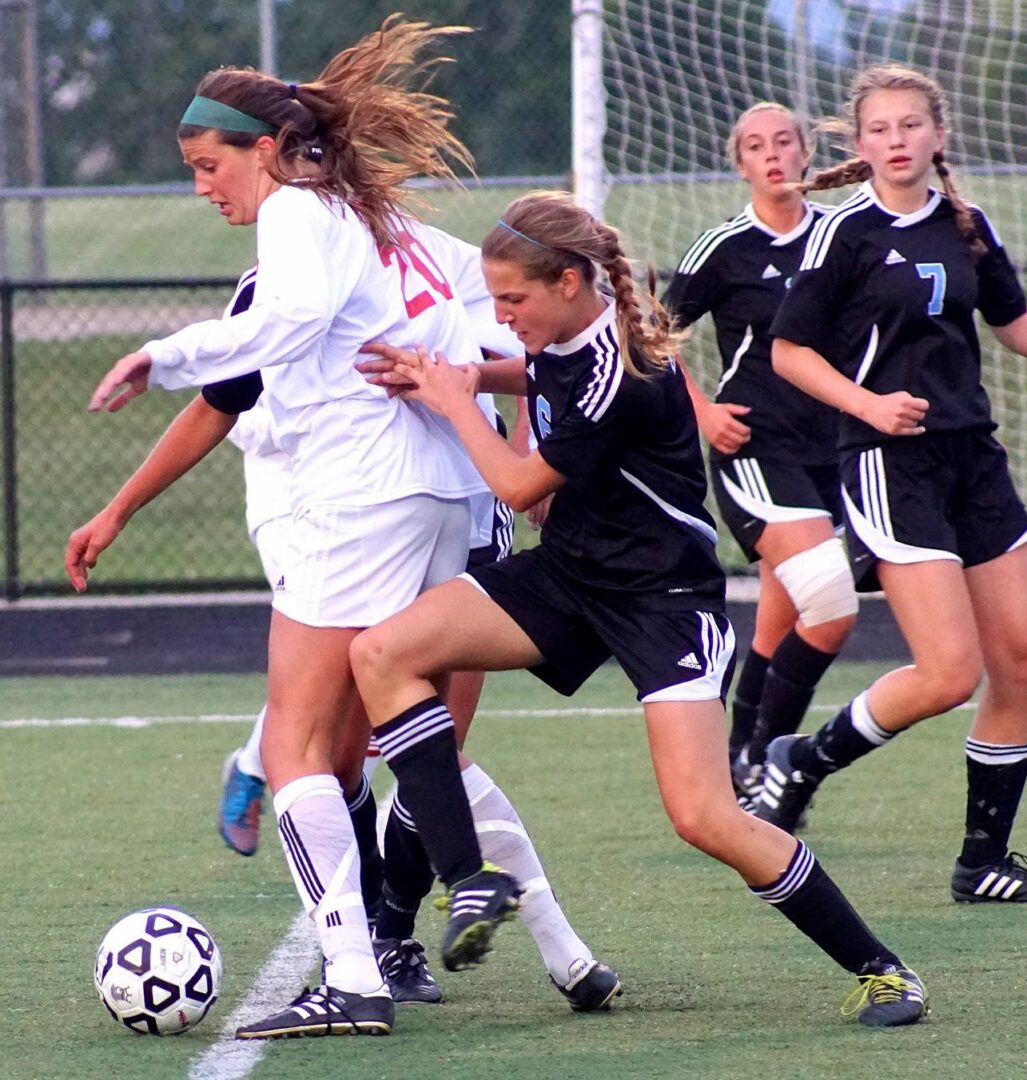 The score was 0-0 through regulation and two overtimes. Grand Rapids Christian outscored the Lakers 4-2 in the shootout to advance to the regional finals.

Laker Coach Jeremy Thelen said he was proud of his team, even though it was a tough way to end the season.

“The girls came out and fought today, it was a really good game and we had our chances early,” said Thelen, whose team advanced to regionals for the third time in four years. “We played well and worked hard, we matched them fight for fight.”

Neither team had many scoring chances in regulation.

GR Christian’s best chance occurred only five minutes into play. Spring Lake goalkeeper Emma Gordon made a diving stop to her right on an Eagle shot from the top of the box, keeping the game scoreless.

Just before halftime, the Lakers had their best opportunity on a shot from Coco McKeough that was ripped from outside the box. The Eagles’ keeper made a jumping save and knocked the ball just over the net and out of bounds.

After two scoreless 40-minute halves and two 10-minute overtime periods, the game came down to a shootout, with each goalkeeper going one-one-one with five scheduled shooters from the other team.

The Lakers struggled in the beginning of the shootout with their first two shooters failing to find the net, while the first two GR Christian shooters scored. 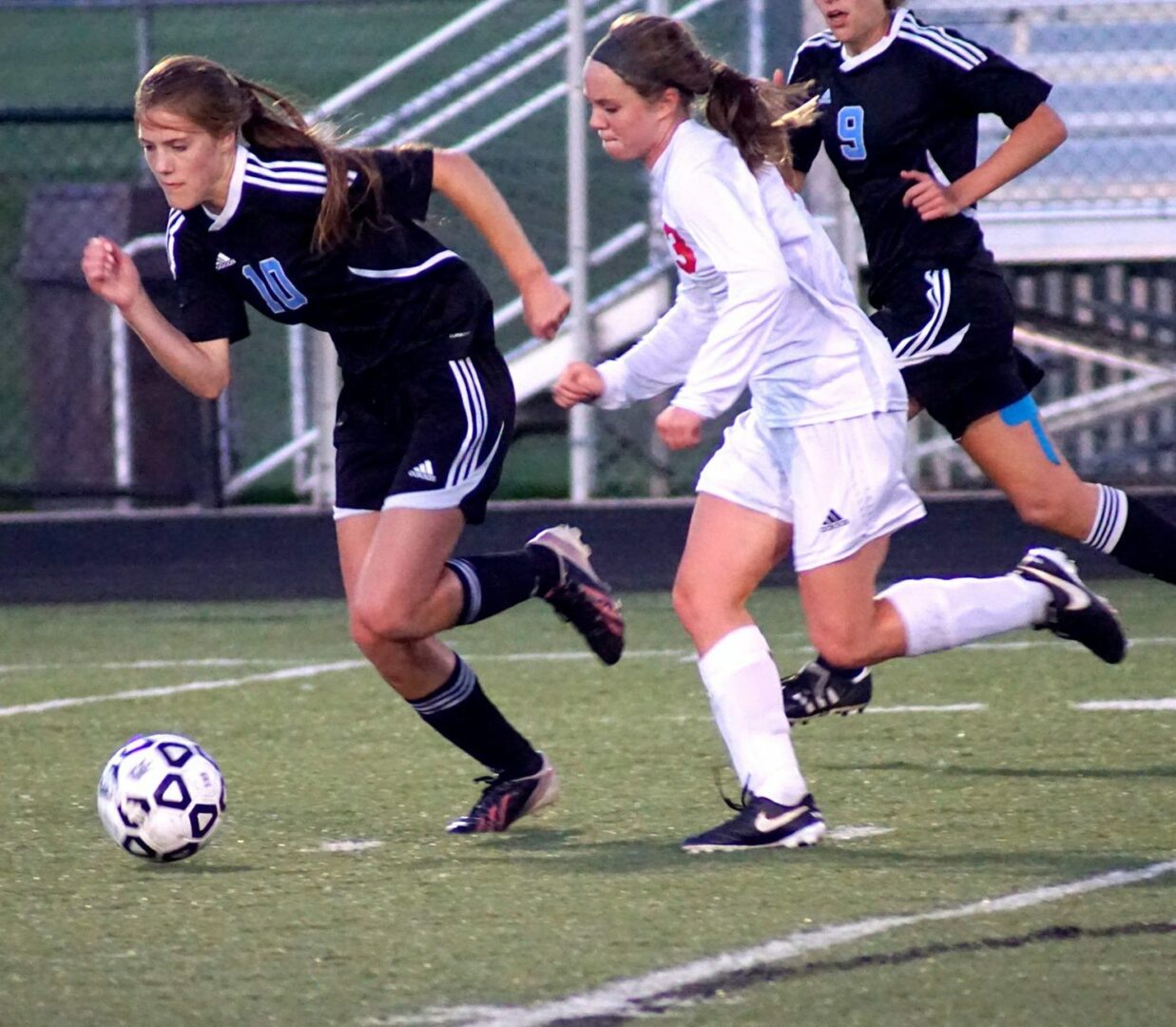 No. 3 Emily Batts runs up field against the Eagles’ Maria Bolt. Photo/Leo Valdez

Grand Rapids Christian scored on its next kick to extend its lead to 3-1 before Spring Lake’s McKeough cut the lead to 3-2.

In order for the shootout to continue into the fifth round, Gordon needed to stop the fourth Grand Rapids Christian shooter. As the ball was kicked, Gordon dove to her right and just missed, and the Eagle bench stormed onto the field to celebrate.

Spring Lake senior Kayla Krueger saw her career come to an end, but said the Lakers will be back.

“It’s bittersweet, I think we gave it a good run and played hard,” she said. “I definitely thought we were going to get one and pull through with a 1-0 lead at the end but luck didn’t go our way.

“I don’t think it was due to lack of effort but it just wasn’t our day, I guess. They’ll come back strong next year and they’ll be good again.” 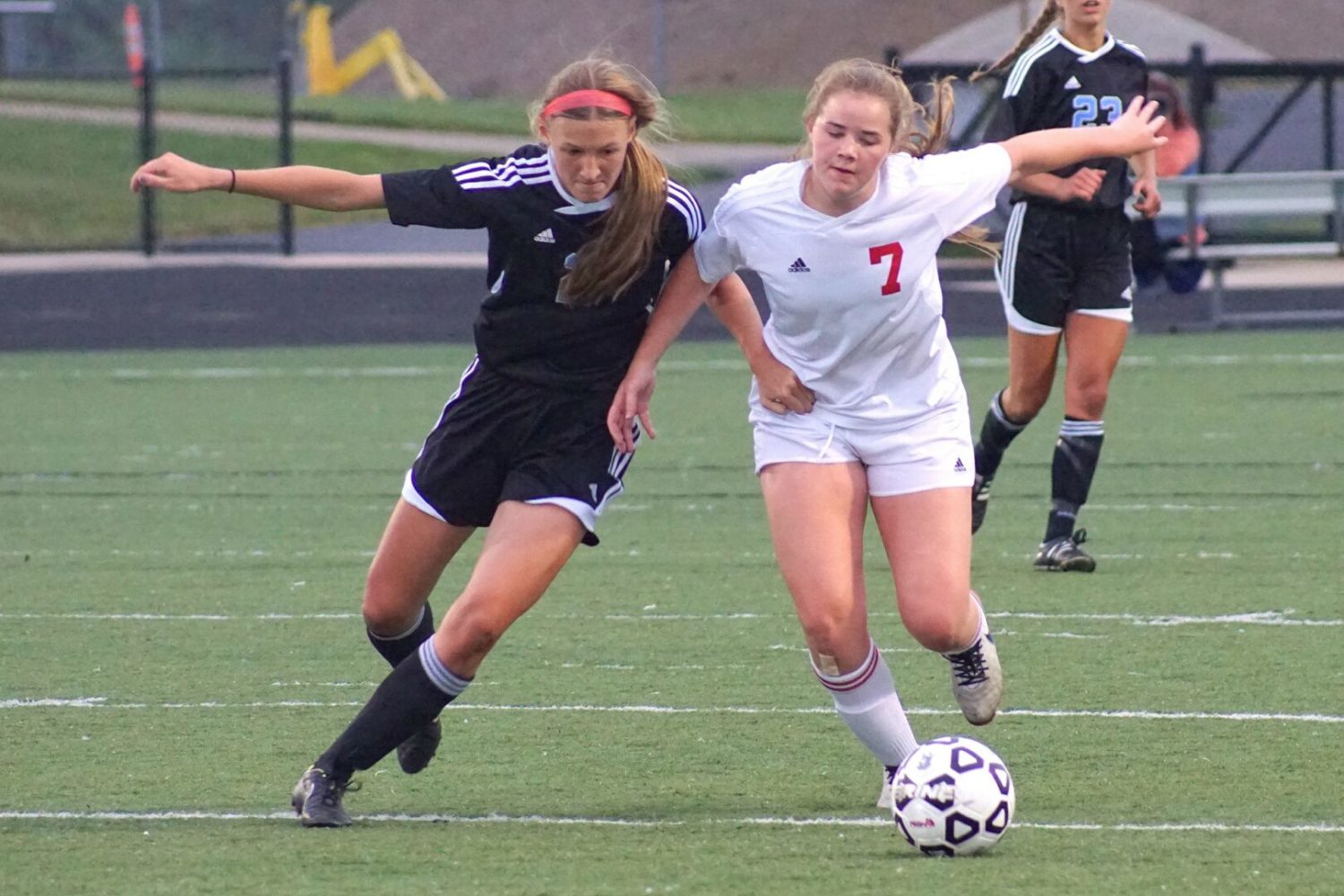 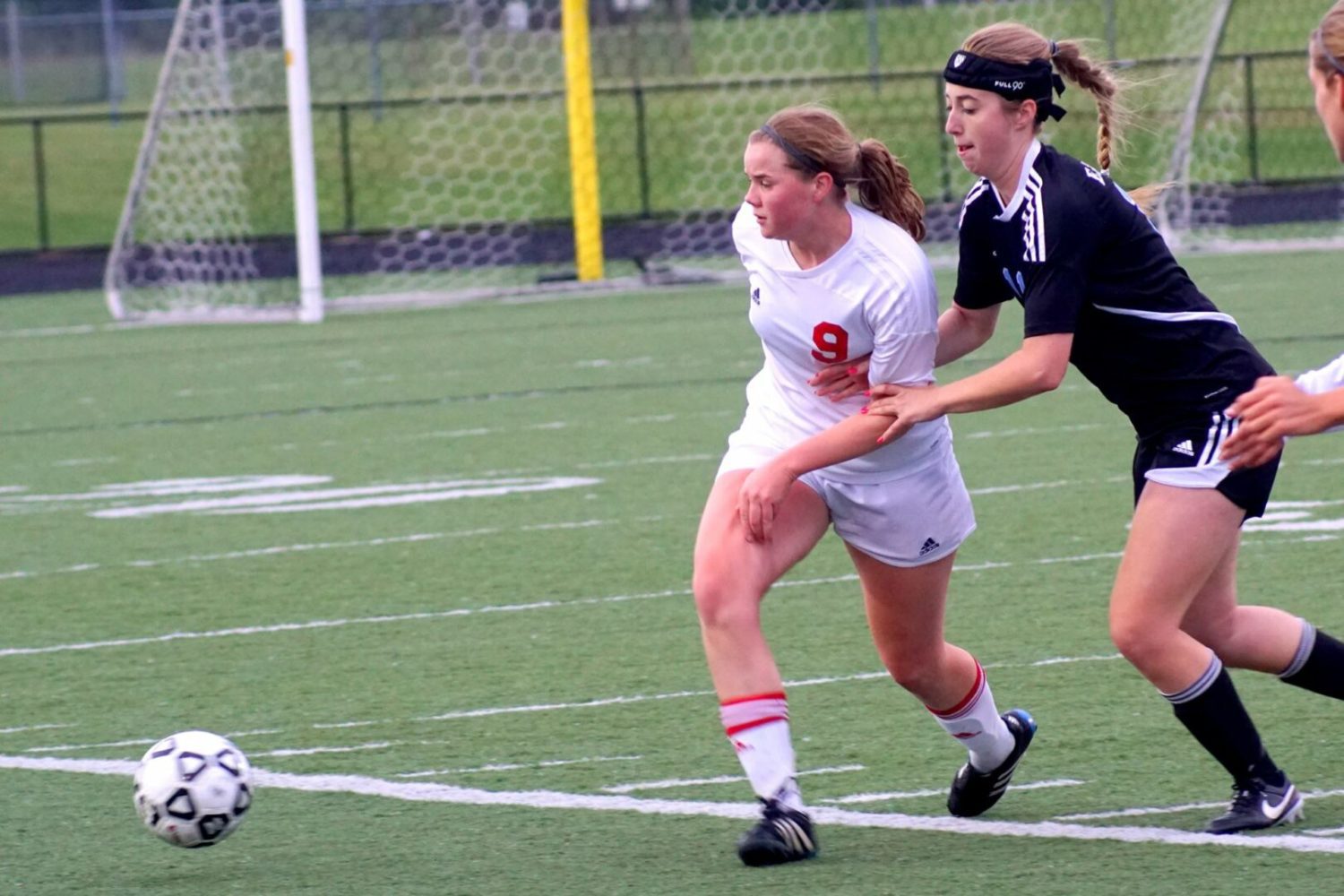 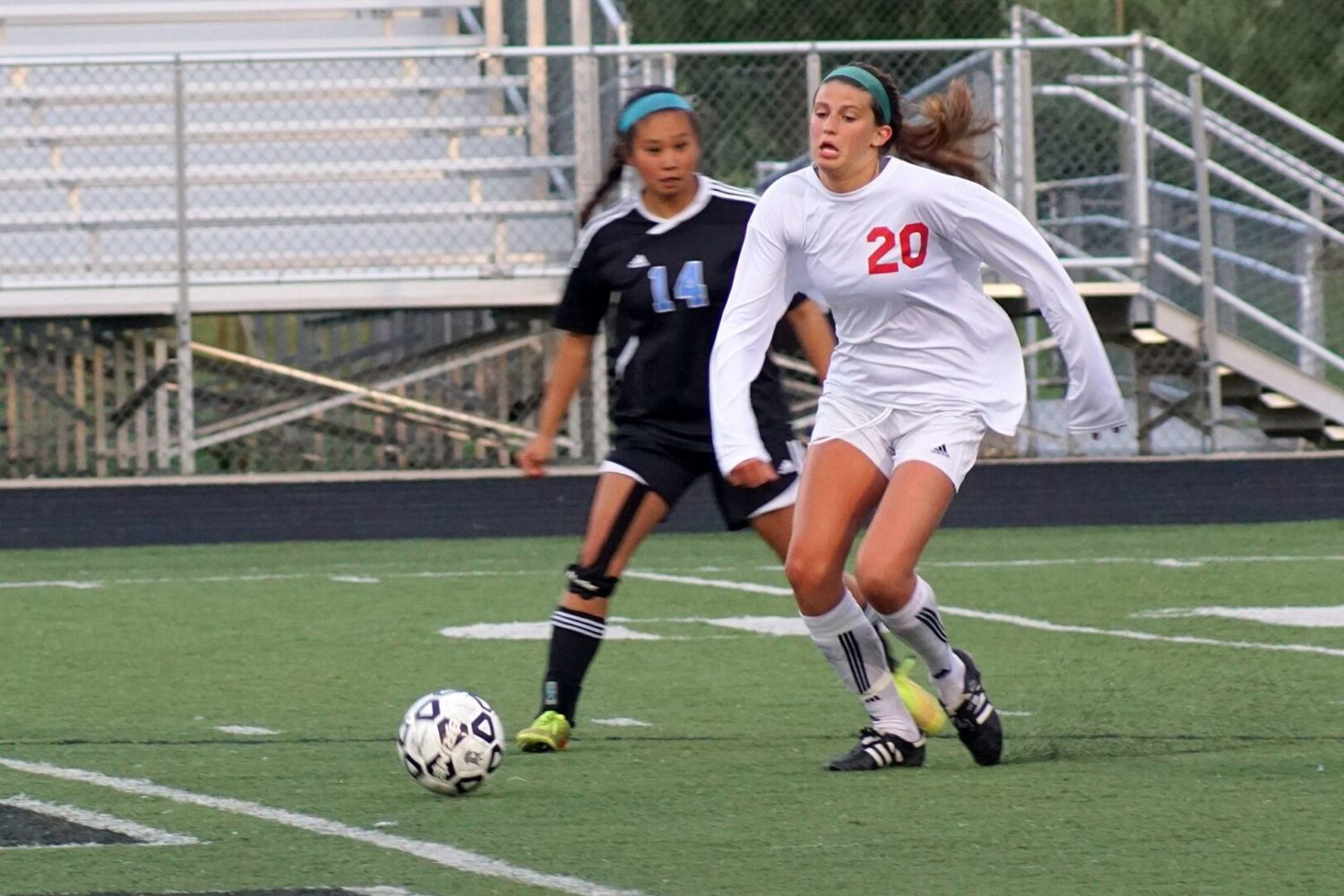 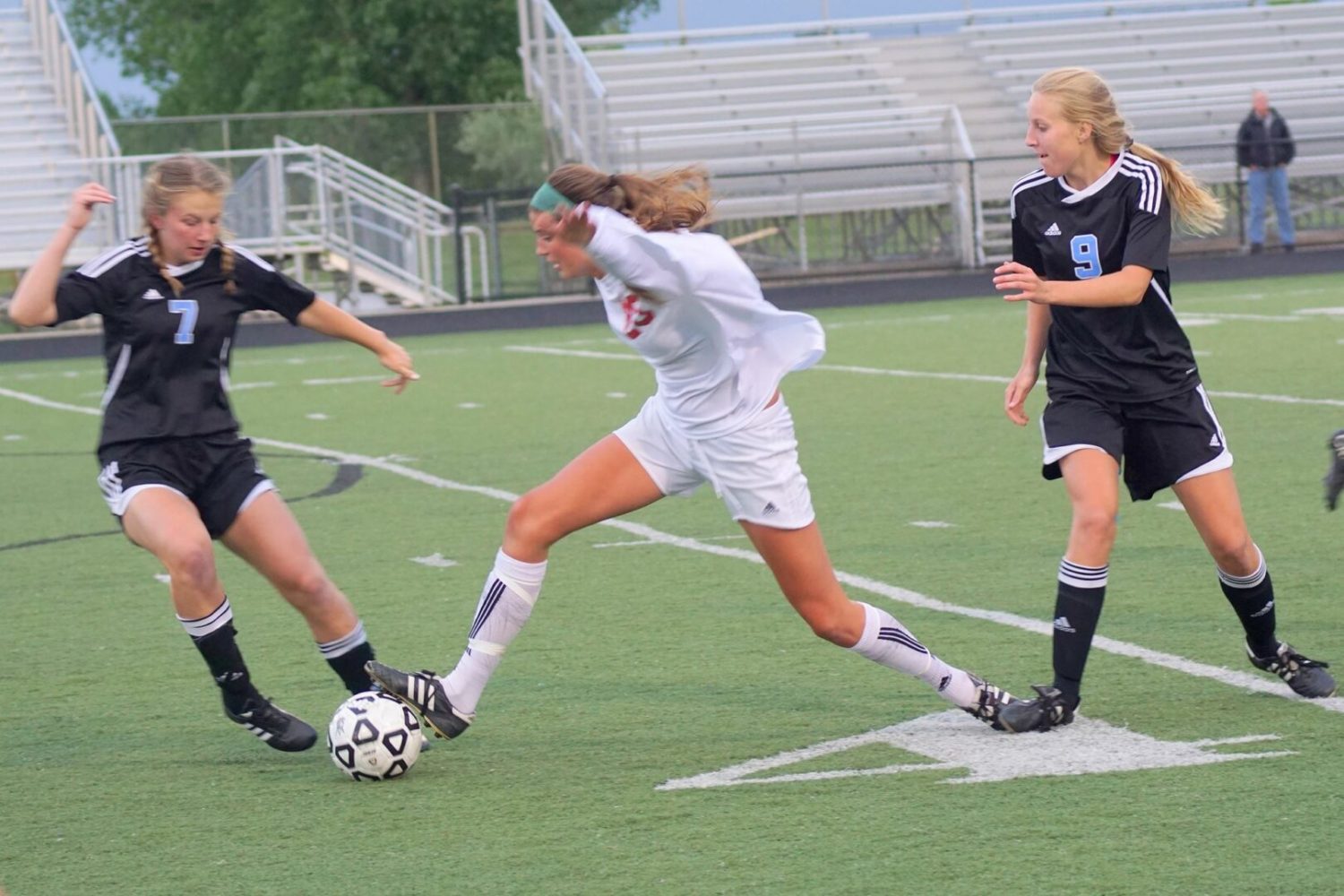 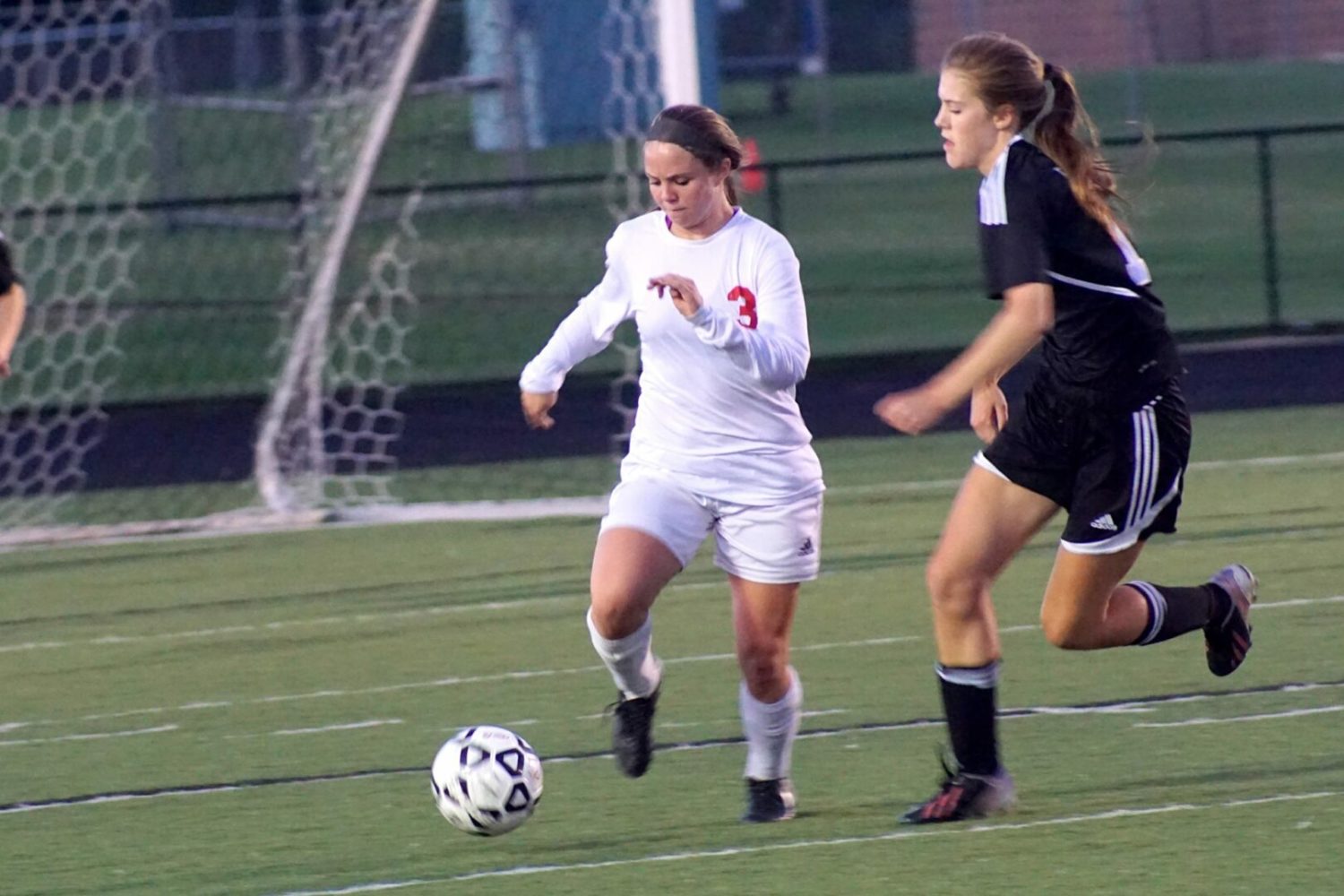