MT. PLEASANT – The Holton softball team has matched its accomplishment from last season, qualifying for the Division 4 state semifinals for the second straight year.

Now we’ll see if they can do even better. 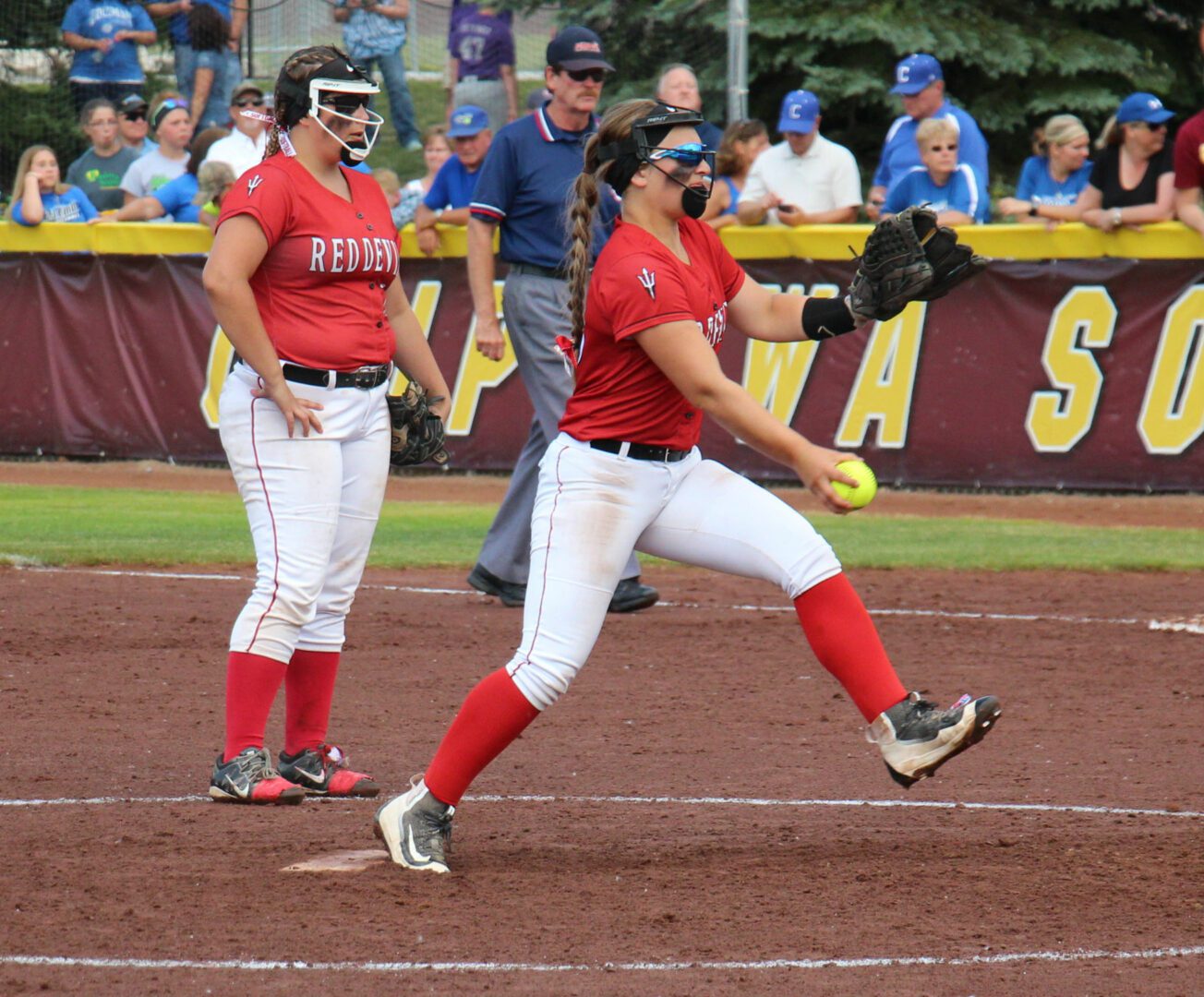 The Red Devils continued their impressive hot streak with a 6-3 victory over Coleman in the Division 4 quarterfinals at Central Michigan University on Tuesday.

They improved to 29-12 on the season and ran their winning streak to 15 games. They will face the winner of the Rogers City-Indian River Inland Lakes game in the semifinals on Friday at 5:30 p.m. at Michigan State University.

Holton won the game behind the pitching of an unlikely hero – 14-year-old freshman Haylee Brant – who tossed a complete game while scattering nine Coleman hits.

“I knew we had two choices,” said Holton Coach Kirk Younts, regarding his decision to start a freshman pitcher in such a big game. “We could have gone with our junior (pitcher) Mikayla Baker, but I felt Coleman was used to her pitching speed, and so our freshmen pitched, and she throws a lot of (slower) junk.

“We knew heading into today that it was like a David and Goliath type of battle,” Younts added. “We have played some really tough teams and seen some great competition and the kids are not afraid of it. We just have to play our game.”

Brant said she was nervous before the game, but forgot everything and concentrated on the task at hand when the game began. 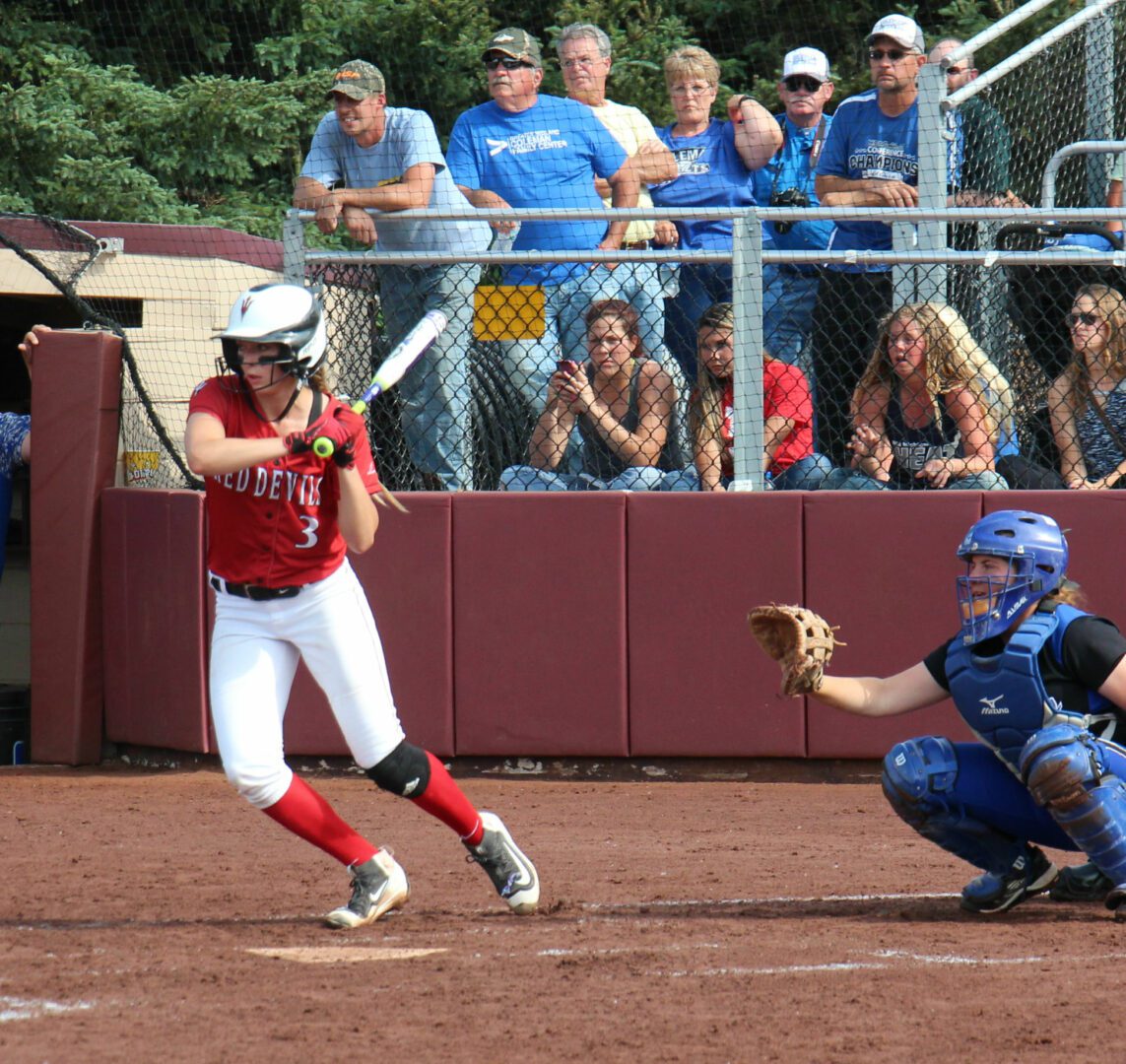 Holton’s Mikaela Baker gets ready to swing at a pitch. Photo/Dave Hart

“I was pretty nervous taking the mound because I am only 14, but I was good after that,” she said.

The Red Devils opened the scoring in the first inning on an RBI single by Shelbey Younts, scoring Emily Larabee.

Coleman responded with a run on an error by the Holton center fielder to tie the game 1-1 in the second inning.

Holton took a 3-1 lead in the fourth inning with two unearned runs – one when Mikayla Cross was hit by a pitch with the bases loaded, and another when Kaitlyn Mock scored on a wild pitch.

The Comets tied the game 3-3 in the fifth inning on a two-out single by Kaylie Scott that plated two runs.

Coleman nearly took its first lead of the game on a single by Jaden Berthume in the same inning, but Red Devil left fielder Shelbey Younts threw out Laken Berthume at the plate as she tried to score from second base.

Holton added a run in the bottom of the fifth to take a 4-3 lead.

Freshman Morgan Murat opened the inning with a double, then caught the Comets off guard by scoring from second base on a throwing error by Coleman’s third basemen. Her run turned out to be the game-winner.

The Red Devils added two insurance runs in the sixth on an RBI single by Murat, who later scored on an error by the Comets’ shortstop.

Murat paced Holton with two hits, including a double, and knocked in a run while Shelbey Younts and Cross each had an RBI.

“I was just really happy,” said Murat about scoring the game-winning run. “It is amazing that we are going to the semis. I am excited.” 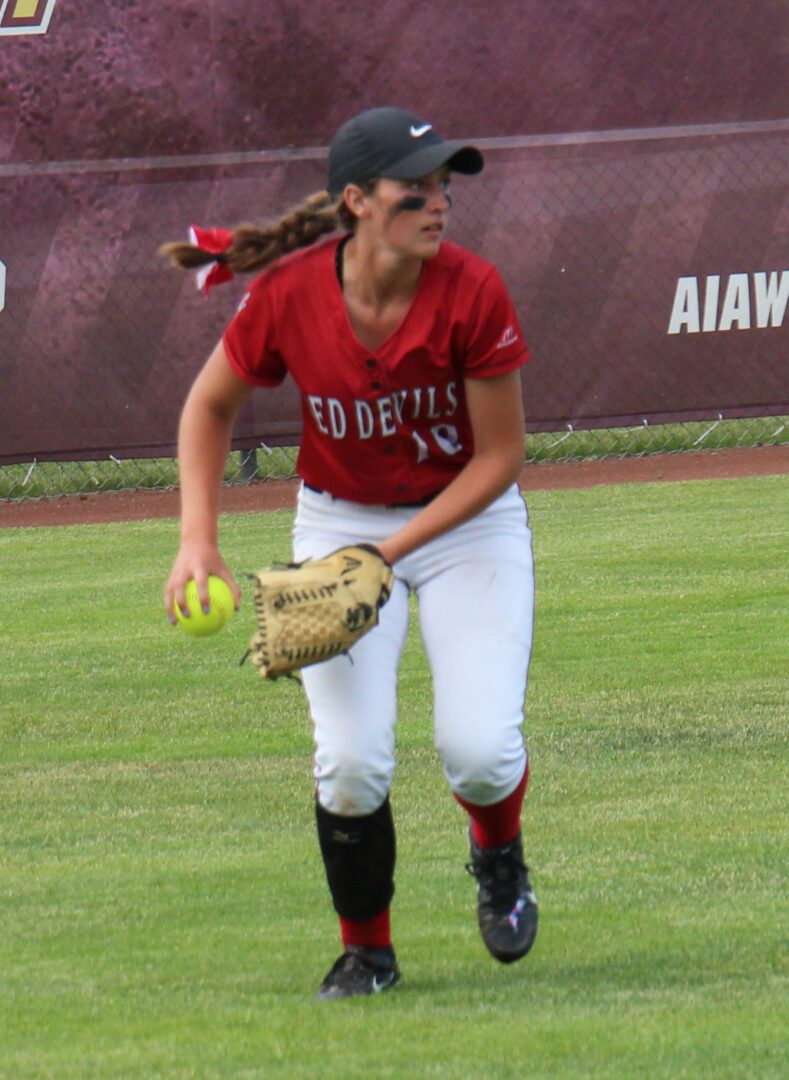