COMSTOCK PARK – There were fireworks after the game at Fifth Third Ballpark on Wednesday night.

But fans got a bit of a preview, in the form of on-the-field fireworks, in the fourth inning of the West Michigan Whitecaps’ 10-7 comeback victory over Bowling Green. 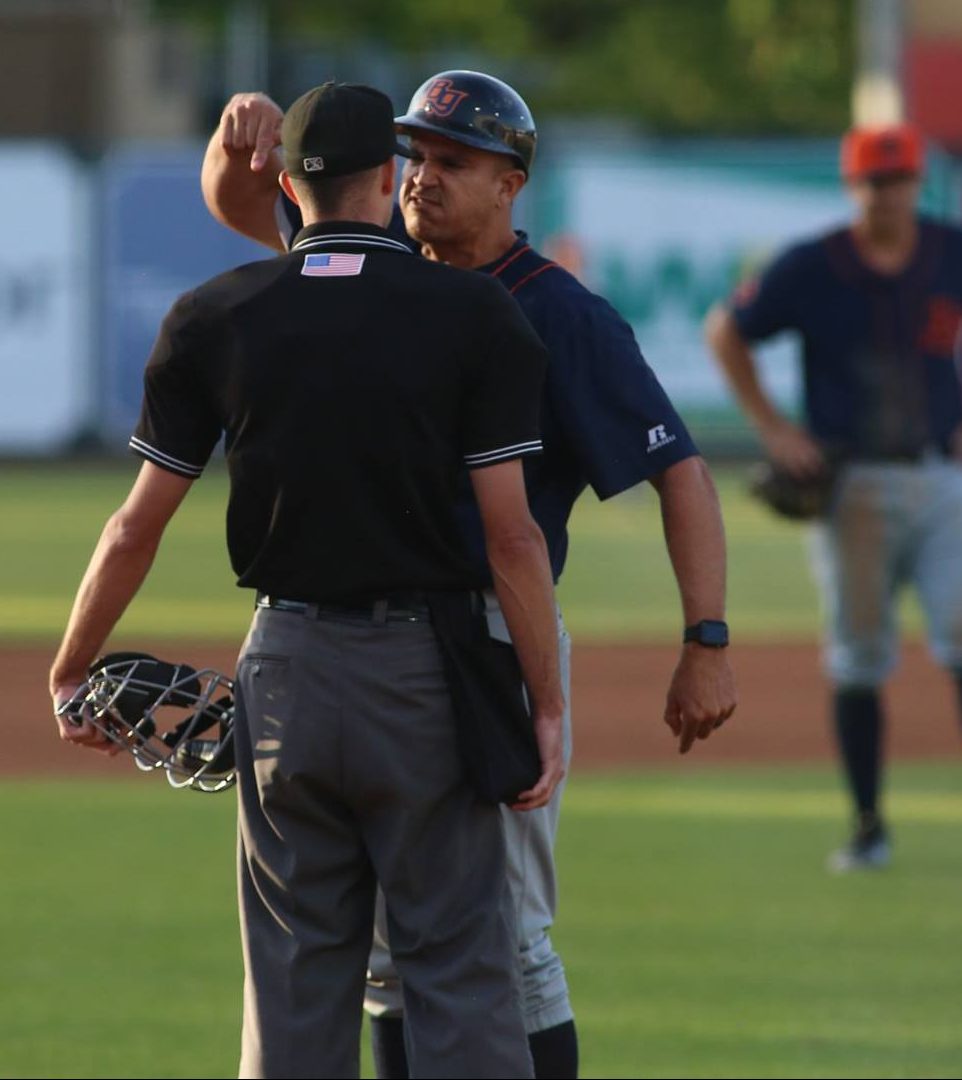 Whitecaps manager Reinaldo Ruiz has some harsh words shortly before being kicked out of Wednesdays game. Photo/Tom Reynolds

With the score 5-2 in favor of Bowling Green, West Michigan shortstop Leo Laffita drilled a 2-0 pitch to deep left field for a no-doubt home run to cut the deficit to 5-3.

Laffita was slow out of the batter’s box after hitting the pitch, which Bowling Green obviously interpreted as an insult. The next Whitecaps batter, Franklin Navarro, took a pair of fastballs high and inside, prompting the umpire to eject Hot Rods pitcher Jose Mujica.

Bowling Green manager Reinaldo Ruiz sprinted out of the dugout to argue with the umpire, and was ejected himself after tossing his helmet.

During the argument between Ruiz and the umpire, Whitecaps manager Andrew Graham could be seen exchanging words with the Bowling Green bench from his third base coaching position.

All in all, the situation added a bit of excitement to an otherwise successful night for the Whitecaps.

“Laffita, being his first year in America, is still learning the game and the right way to play,” Graham said about the incident. “He watched his home run for a little bit. He watched it a little too long and it upset the other team.

“They pitched inside to brush him (Navarro) back and the umpire saw intent. I just said ‘You had your chance throwing inside once,’ and I was also telling the dugout, ‘Hey, I’ll take care of it.‘ Not everyone understands the game at this level, so I was trying to take things in my hands before they got out of control.” 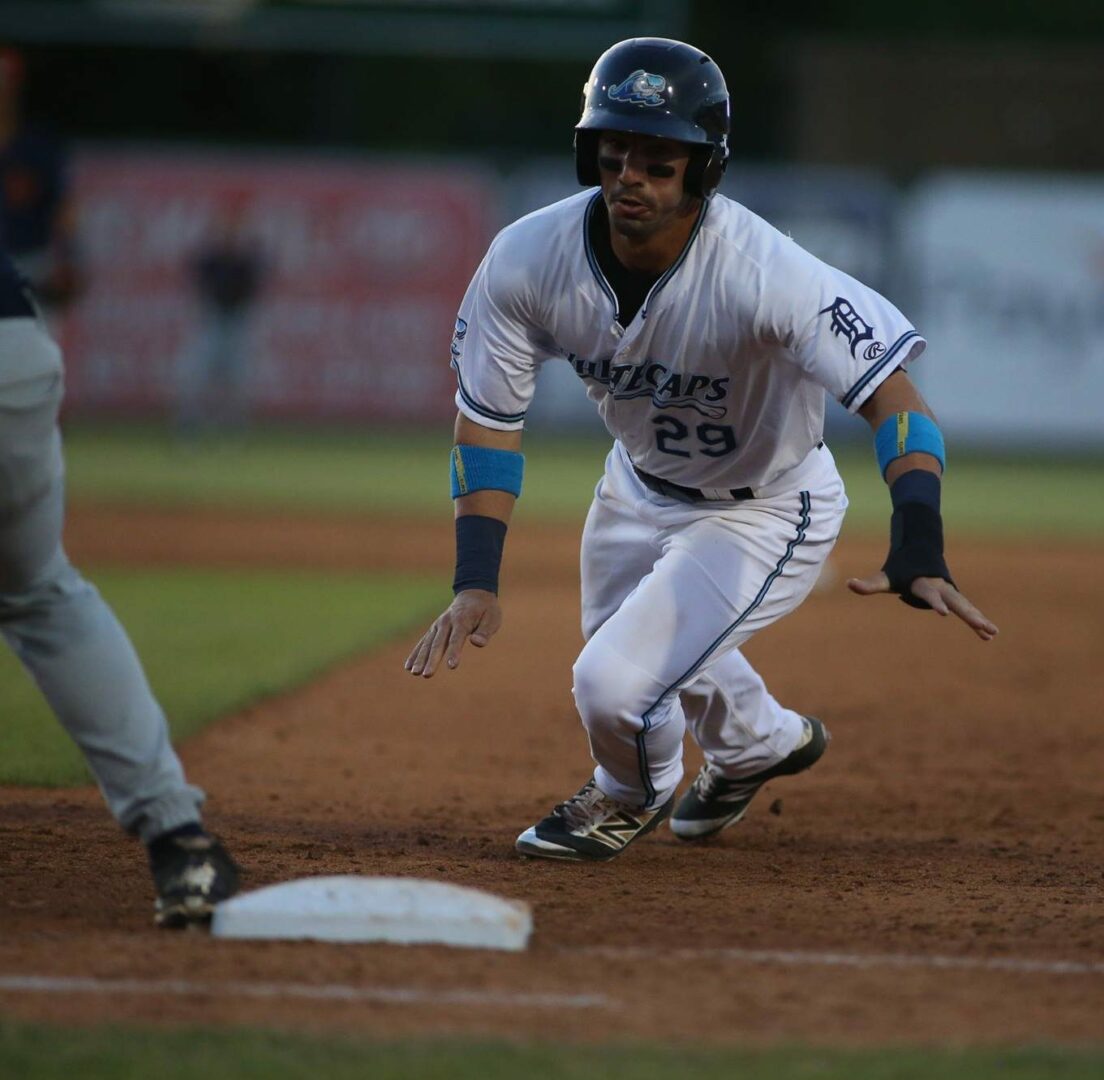 West Michigans Leonardo Laffita looks to get back to first base. Photo/Tom Reynolds

The Whitecaps continued their rally following Laffita’s homer by scoring three runs in the fifth inning to take a 6-5 lead.

Derek Hill led off the fifth with a triple to right center, Will Maddox walked, and Will Allen hit an infield single to load the bases.

Brett Pirtle grounded into a fielder’s choice to score Hill, then Jose Azocar brought in two runs in with an RBI double.

Bowling Green tied the game in the sixth with a run before West Michigan jumped ahead 7-6 with a Hill triple that scored Laffita in the bottom of the inning.

The Whitecaps added three insurances runs in the seventh inning. Azocar tripled to drive in Allen before Laffita and Navarro each added RBIs.

Bowling Green scored one run in the ninth before Landon Cray struck out with the bases loaded to end the game.

The Whitecaps pounded out 15 hits, with eight of the nine position players getting at least one.

But it was Hill who stole the show with four hits, including a double, two triples, and two RBIs.

“I’m just trying to stay within my plan and I have to credit my success to my teammates who are helping me,” Hill said. “It’s a great feeling to go out there and show what I can do every single day. I’m happy to be out there and hopefully I can continue to stay healthy and get my at-bats.”

Drew Smith picked up his first save of the season, getting the final out in the ninth inning.

West Michigan will close out its four-game home stand with the series finale against Bowling Green on Thursday night at 7 p.m. 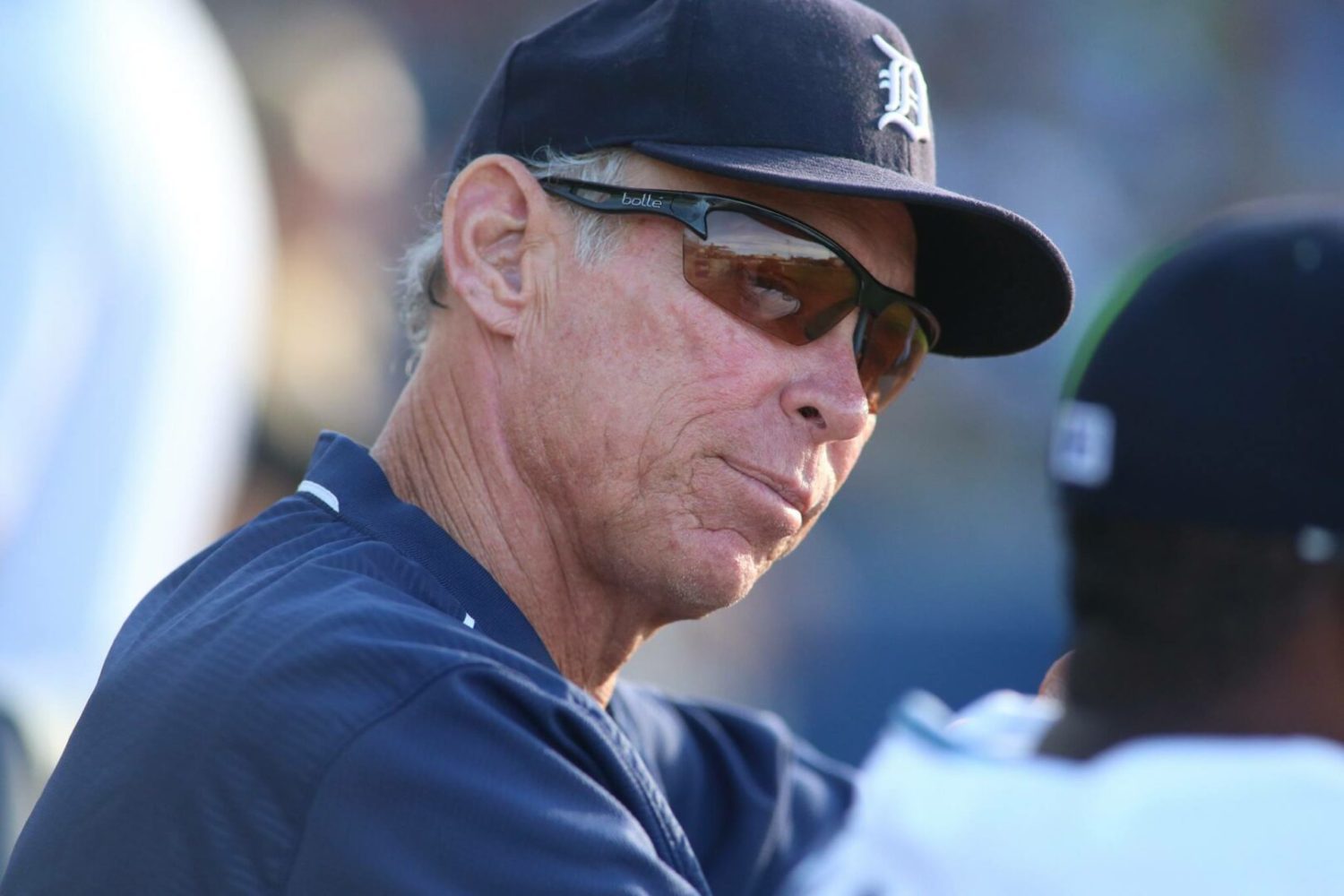 Allen Tramel was in attendance to support the Whitecaps. Photo/Tom Reynolds