Clippers make their share of mistakes, but escape with an extra-inning victory

MUSKEGON – The Muskegon Clippers made more than their share of mistakes on Wednesday, which could have led to their first loss of the season in the Michigan

They committed two errors early in the game, leading to a pair of Holland runs. Three Clippers base runners were picked off first base. They stranded eight men on base and left the bases loaded in the eighth inning with the game tied 3-3. 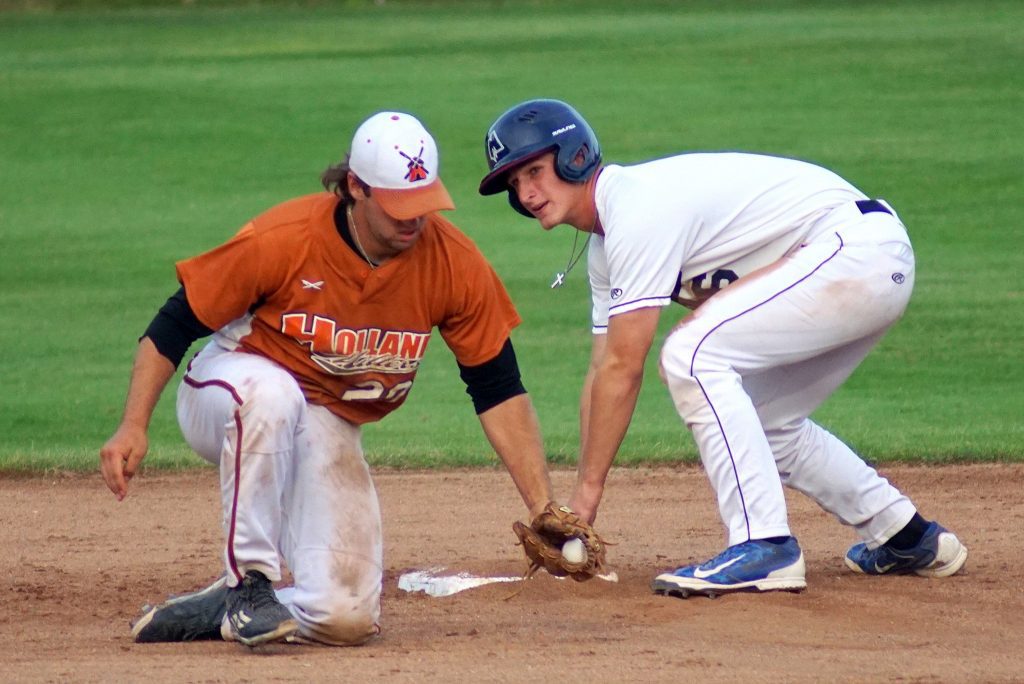 Jacob Buchberger reaches second base for one of his three Clipper hits on the night. Photo/Leo Valdez

But they managed to dodge the bullet and keep their perfect record intact, thanks to a Holland throwing error in the 10th inning that allowed the Clippers to claim a 4-3 walk-off victory over the Millers at Marsh Field.

Muskegon, which is well on its way to a second straight league title, improved its record to 17-0 in league play and 17-1 overall.

“Early on we hurt ourselves,” said Clippers bench coach Brian Wright, who filled in for Manager Walt Gawkowski. “But our pitching was lights out. Mitch (Ashcraft) was so good and Kyle (Lawson) came in at the end and got the win. Our pitching has been carrying us all year.”

The Clippers’ miscues may have been caused by their holiday layoff, when their only game was an exhibition against a Muskegon city league team.

“I think the break hurt,” said Wright. “Last year after the break we came back kind of slow, but we have to get going this season with the (postseason regional) tournament coming up.”

Muskegon was led by starting pitcher Mitch Ashcraft, who allowed three runs (only one earned) on six hits while striking out 10 batters in eight innings.

Kyle Lawson pitched the win for the Clippers, tossing two hitless innings of relief while striking out four batters. 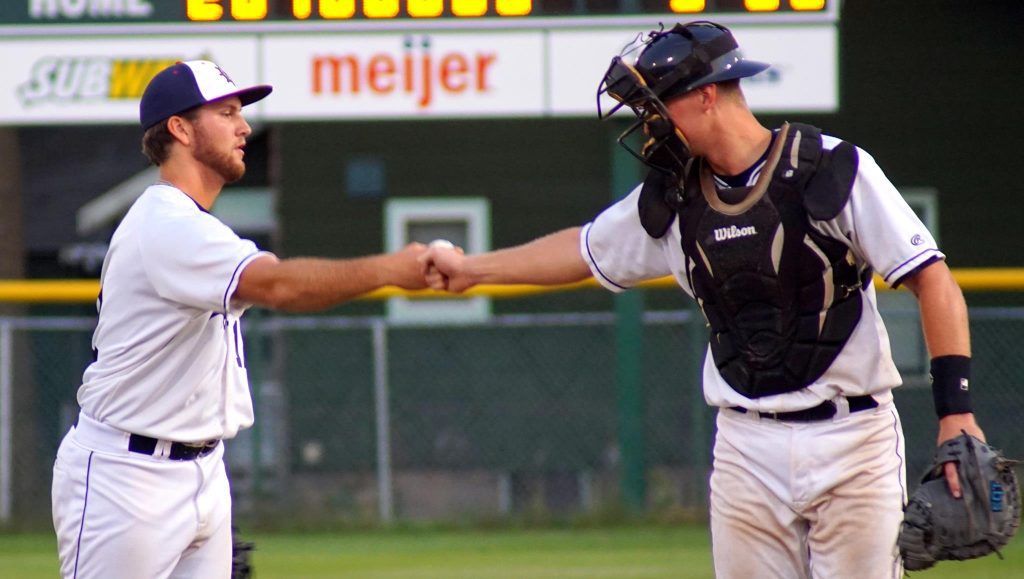 Jacob Buchberger paced the Clippers offensively with three hits while Logan Fleener, Matt Williams and Connor Glick each had two.

Muskegon took a 2-0 lead in the first inning on an RBI single by Williams and a sacrifice fly by Will Harris.

The Millers responded in the second inning with an RBI single by Nate Dezwaan that scored Zach Zoller. The play ended with a throwing error by the Clippers’ right fielder, which allowed Owen Lukens to score and tie the game 2-2.

The Clippers pulled ahead 3-2  in the third inning on an RBI single by Buchberger.

Holland tied the game 3-3 in the fourth on an error by the Clippers’ third baseman, which allowed Adam Purdy to score.

The Clippers had a chance to take the lead in the bottom of the eighth inning with the bases loaded and one out, but Lawson struck out and Andrew Null flied to center to end the threat.

The Clippers scored the game-winning run on a ground ball to the Holland shortstop, who overthrew the first baseman and allowed Connor Glick to score from second base. 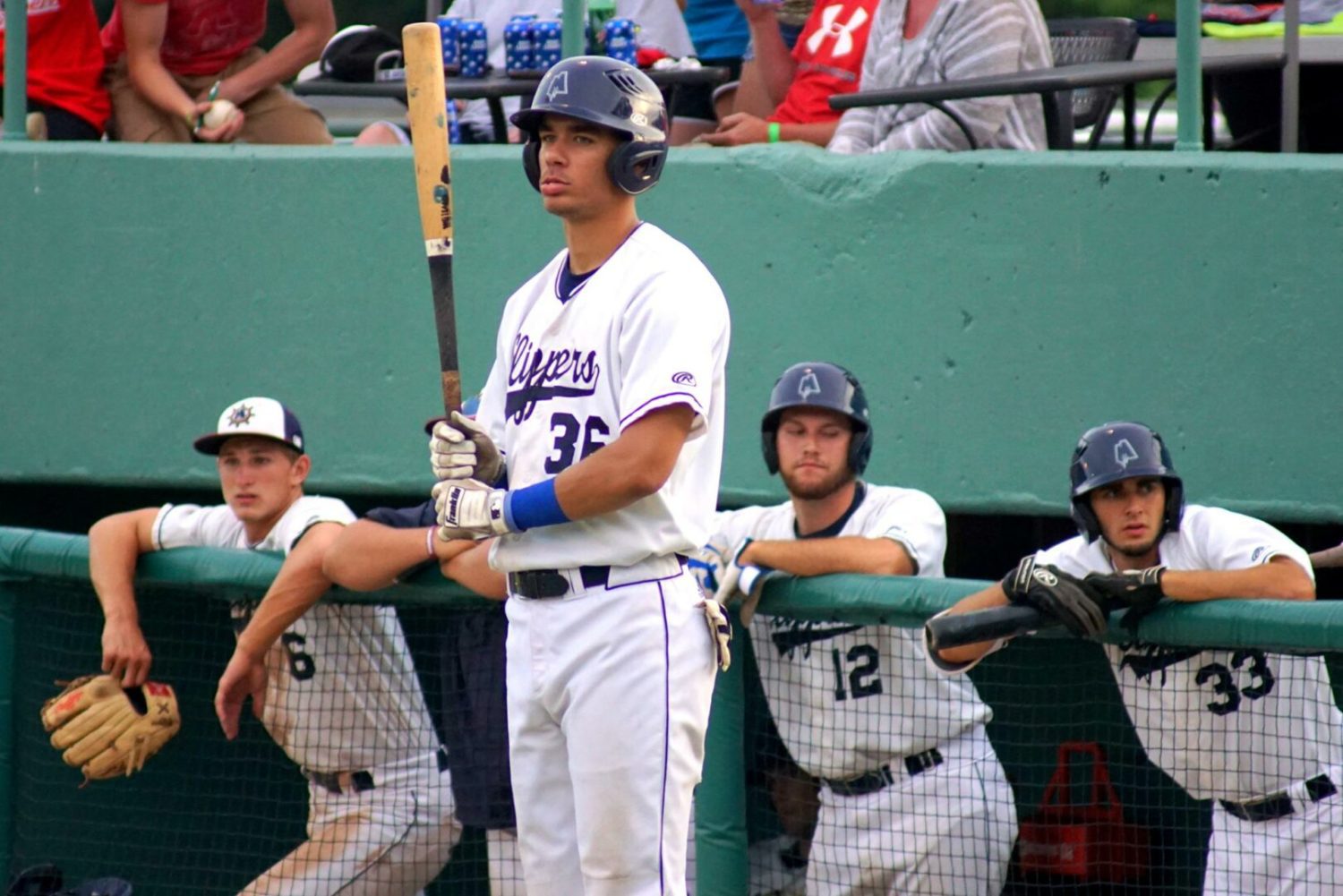