The July edition of the Local Sports Journal magazine features a profile of Cam Gibson, who came to the West Michigan Whitecaps this season with a ton of expectations,

not only because he was a very good baseball player at Michigan State University, but because he’s the son of Detroit Tigers great Kirk Gibson. 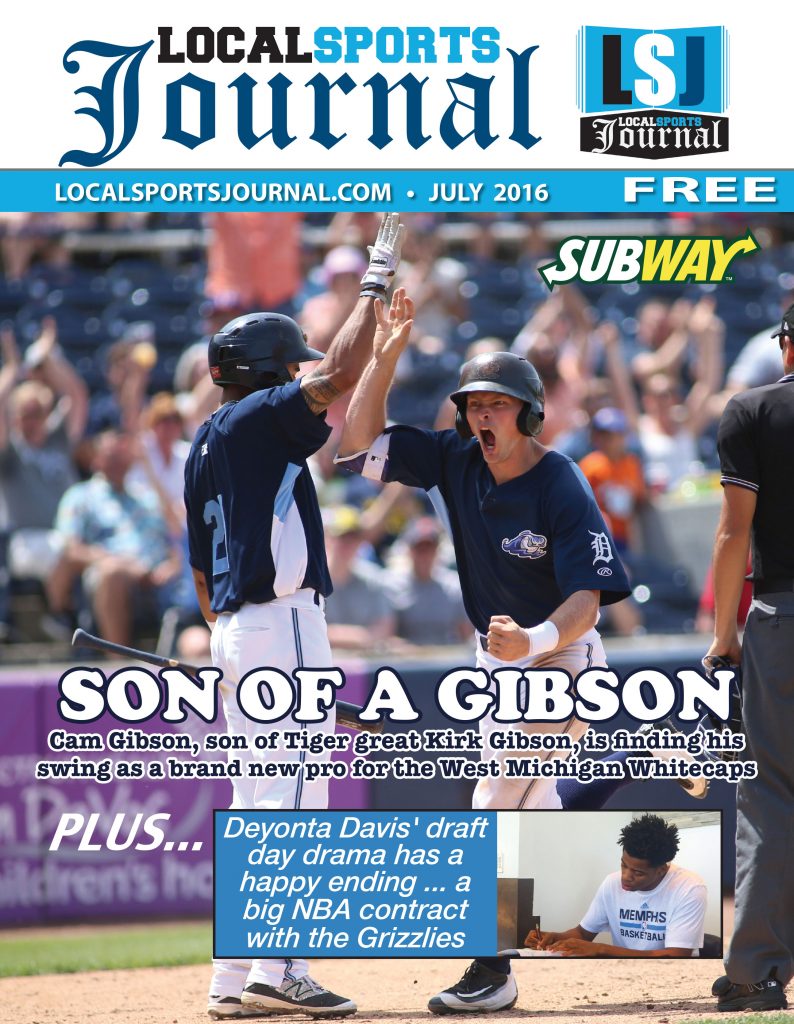 The young ballplayer talks about what it’s like to break into pro baseball, how it felt to be drafted by the Tigers, how much he has learned from his famous father, and how he yearns to make his own mark in baseball as “the first Cam Gibson, not the next Kirk Gibson.”

Grab your free copy of the Local Sports Journal magazine today. You can also order a free monthly email subscription to the magazine by filling out the subscription box below.