MUSKEGON – While the start of the season was pretty painful for the young Muskegon Risers, the last few weeks have almost been perfect.

With a 5-1 victory over Waza Flo on Saturday evening at Reeths-Puffer High School , the Risers have now won three of their last four games to improve their record from 0-5 to 3-5-1. 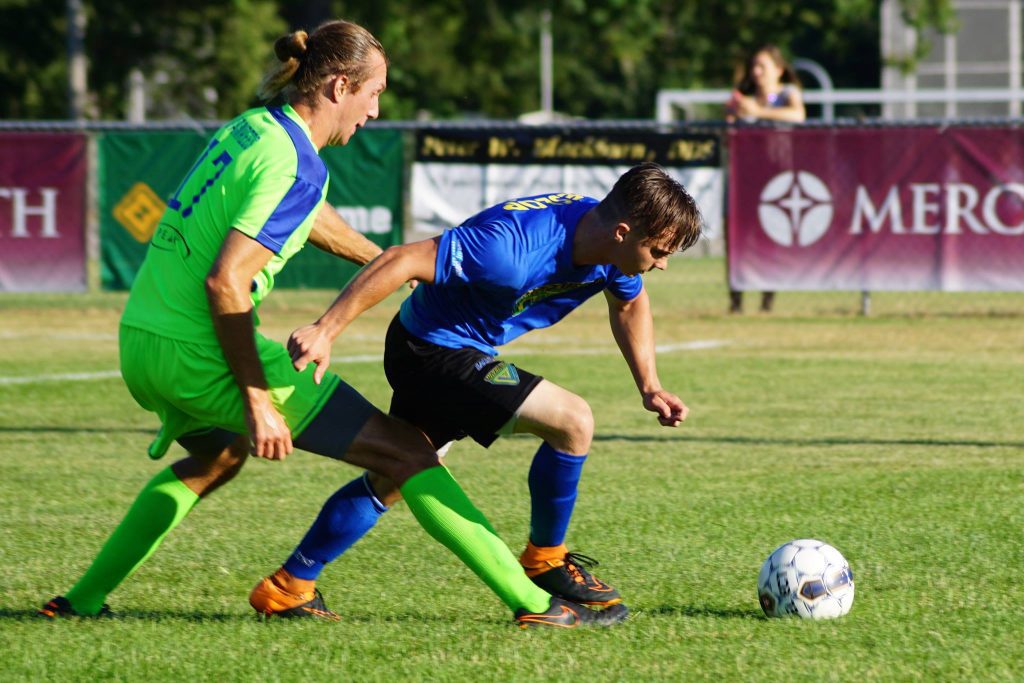 While that’s still not a great record, it represents tremendous progress.

Risers Coach Ben Ritsema believes his team has turned its season around because of experience.

“We have a young team this year and these guys are getting experience and becoming used to this level of soccer,” said Ritsema. “They’re working hard and playing together and it’s starting to show.”

While the final score may look like a convincing win, things started out shaky for the Risers on Saturday.

Waza Flo opened the game with the first five shots on net, including a goal that was scored in the 16th minute off a header.

The Risers broke through in the 36th minute of the first half when Jubenal Rodriguez made a volley pass to the right side of the goalie box. A streaking Daniel Luzindya got a foot on the ball just before the Waza Flo goalkeeper and made a move to leave the keeper behind.

With an empty net, Luzindya easily found the back of it to tie the game at 1-1. 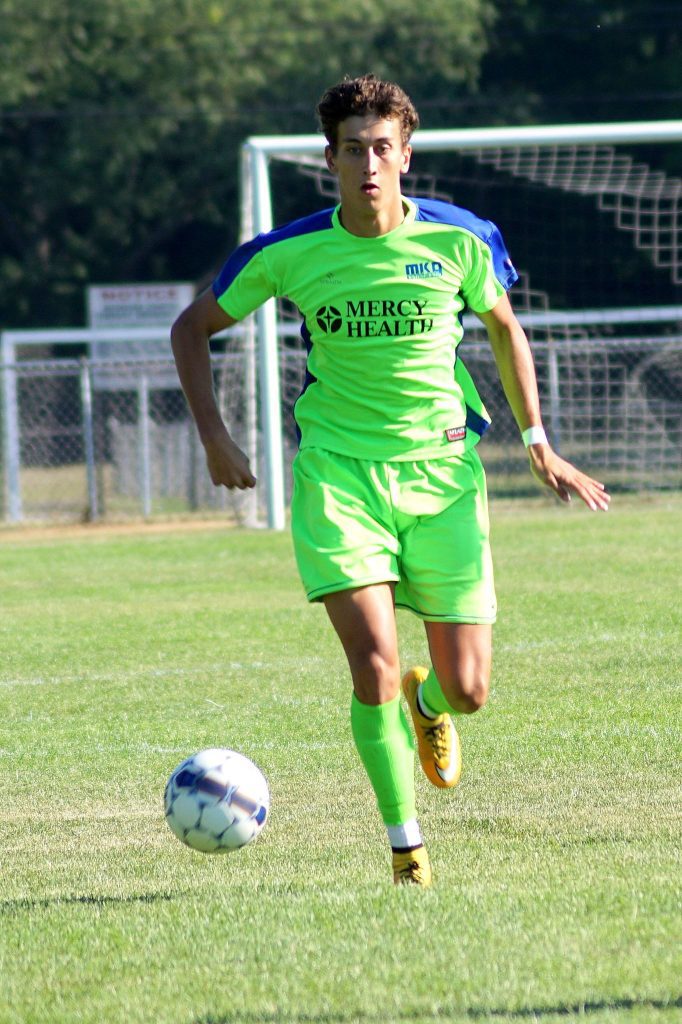 Ben Mast controls the possession for the Risers. Photo/Leo Valdez

Three minutes later it was Luznidya’s turn to pick up an assist when his fancy footwork helped him avoid a defender and find teammate Adam Clauss, who found the mark and gave the Risers a 2-1 halftime edge.

“It was a step over and then I cut back,” said Luzindya about his fancy footwork. “I played with the defender last year and he was familiar with my move, so I had to go the other way to get around him.”

The second half was all Risers, who outshot Waza Flo 5-0 in the final 45 minutes.

Luznidya helped get the second half scoring started when his shot was blocked by the goalkeeper and Charlie VanRees knocked the rebound in to put Muskegon up 3-1.

Twenty minutes later, Clauss once again found the back of the net, this time from 35 yards out, with a shot over the outstretched fingers of the Waza Flo keeper.

The Risers concluded the scoring in the final minute when a Ben Mast shot was stopped, then Justin Cartwright scooped up the rebound and put the Risers ahead 5-1.

Although the game ended up one-sided, Ritsema admitted he was worried in the first half.

“The first 30 minutes we didn’t play well and I was very concerned, to be honest,” the coach said. “I just didn’t think we were very sharp and they were outworking us. Then we just kind of woke up a bit and it was the difference.”

Muskegon will host Oakland County FC at Reeths-Puffer next Saturday at 6 p.m.