Flagstead has another big night, leading Montague past Oakridge in volleyball

MONTAGUE – The Montague volleyball squad has lofty goals for the 2016 season.

The Wildcats, who ended last season with a loss to Grand Rapids NorthPointe Christian in a Class C regional finals, would very much like to leap ahead and win a state championship this fall. And they feel like they can achieve that goal behind the leadership of senior “Miss Volleyball” candidate Emma Flagstead.

Flagstead displayed her skills on Tuesday in a West Michigan Conference match against Oakridge. Her powerful spikes and blocks at the net paced the Wildcats to a 3-0 victory over the Eagles in their home gym.

Gracie Reinhold tries to get the shot past the Montague defenders. Photo/Leo Valdez

“We had the weekend off, and yesterday wasn’t one of our best practices, so we started off a little slow,” said Montague Coach Shawn Bectel. “But I told the girls once we do what we do, it takes care of itself. We just have to play our game.”

Flagstead, who led the Wildcats with 18 kills and five blocks, was a force in front of the ne, giving the Eagles and their fans fits throughout the match.  She was also tied for the team lead with Allyssa Bobian with six digs.

“The way she (Flagstead) played tonight is the reason she is up for ‘Miss Volleyball’ this year,” Bectel said.

The Wildcats jumped out to a 4-1 lead in the first set before Oakridge went on a roll, scoring 11 of the next 16 service points to take a 12-9 lead.

But Montague responded with seven straight points on a strong service run by Olsen to take a 16-12 advantage.

The Wildcats scored five straight points after leading 19-16 to take a 24-16 lead. The Eagles went on a small 3-0 run to cut their deficit to 24-19 before Montague closed the set with a spike from Garwood.

Montague jumped out to a 6-1 lead in the second set, then went on a 12-7 run to grab a double-digit advantage of 18-8. Oakridge fell behind by as many as 12 points before losing the set by 11.

The Eagles grabbed a 1-0 and 2-1 lead in the final set but fell victim to a 12-4 run to fall behind 13-5. The Wildcats closed out the set and match going on a 12-5 run that was capped off by a violent spike by Flagstead.

“We just couldn’t shut Emma (Flagstead) down,” said Oakridge Coach Kim Hanson, whose team is now 13-6 on the season and 0-2 in league play.

The Eagles were led by Lanessa Meyers and Grace Reinhold with six kills and two blocks each while Kaley Pascavis chipped in with 12 digs and Avery Wildig had 10 assists. 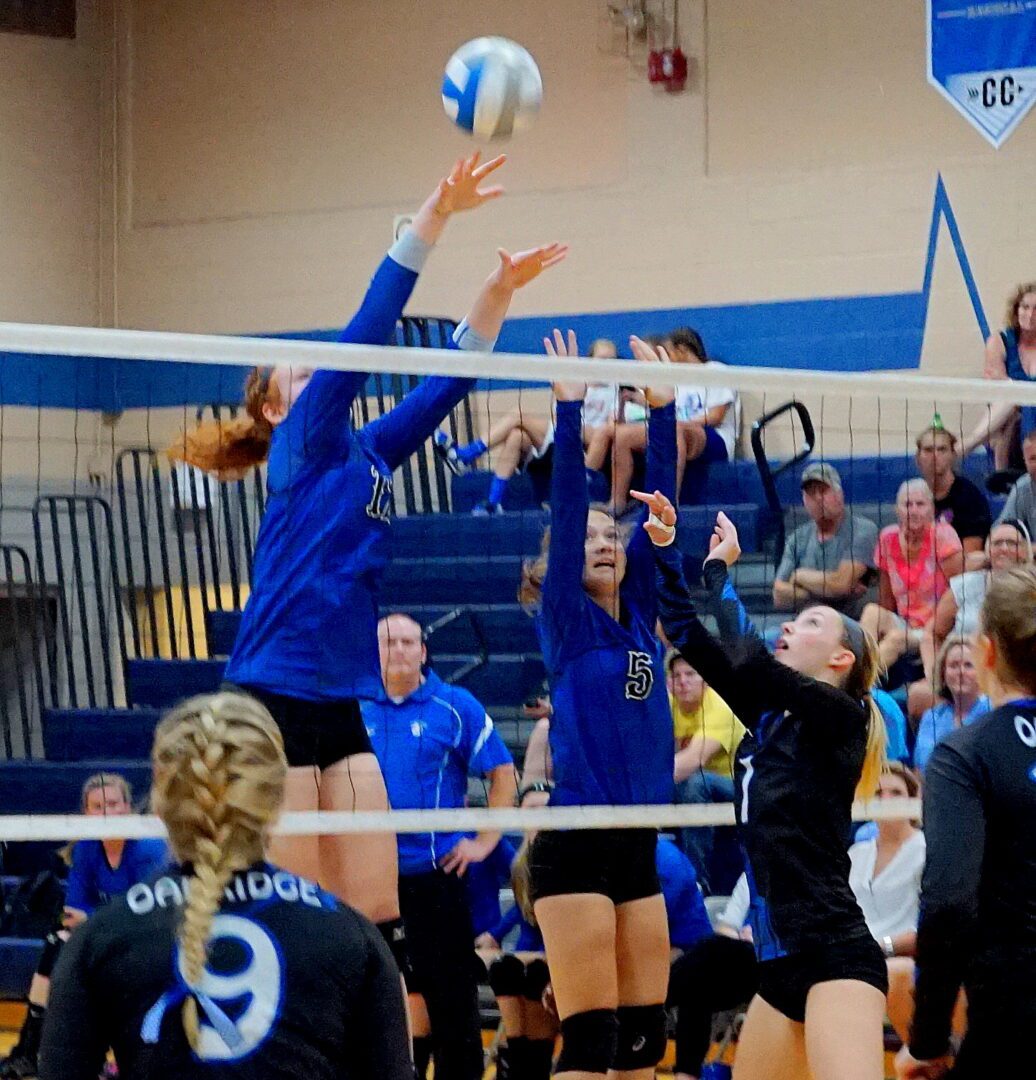 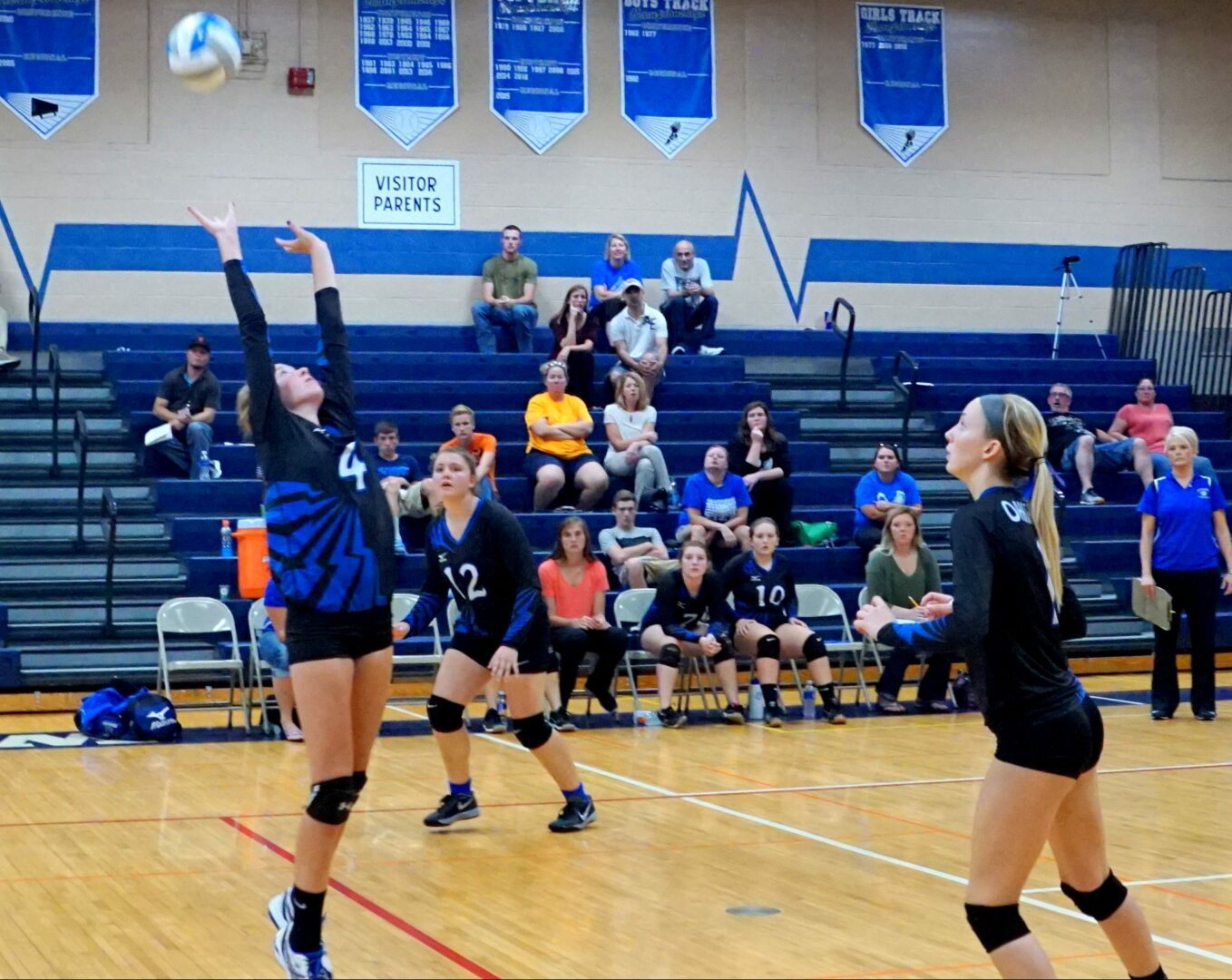 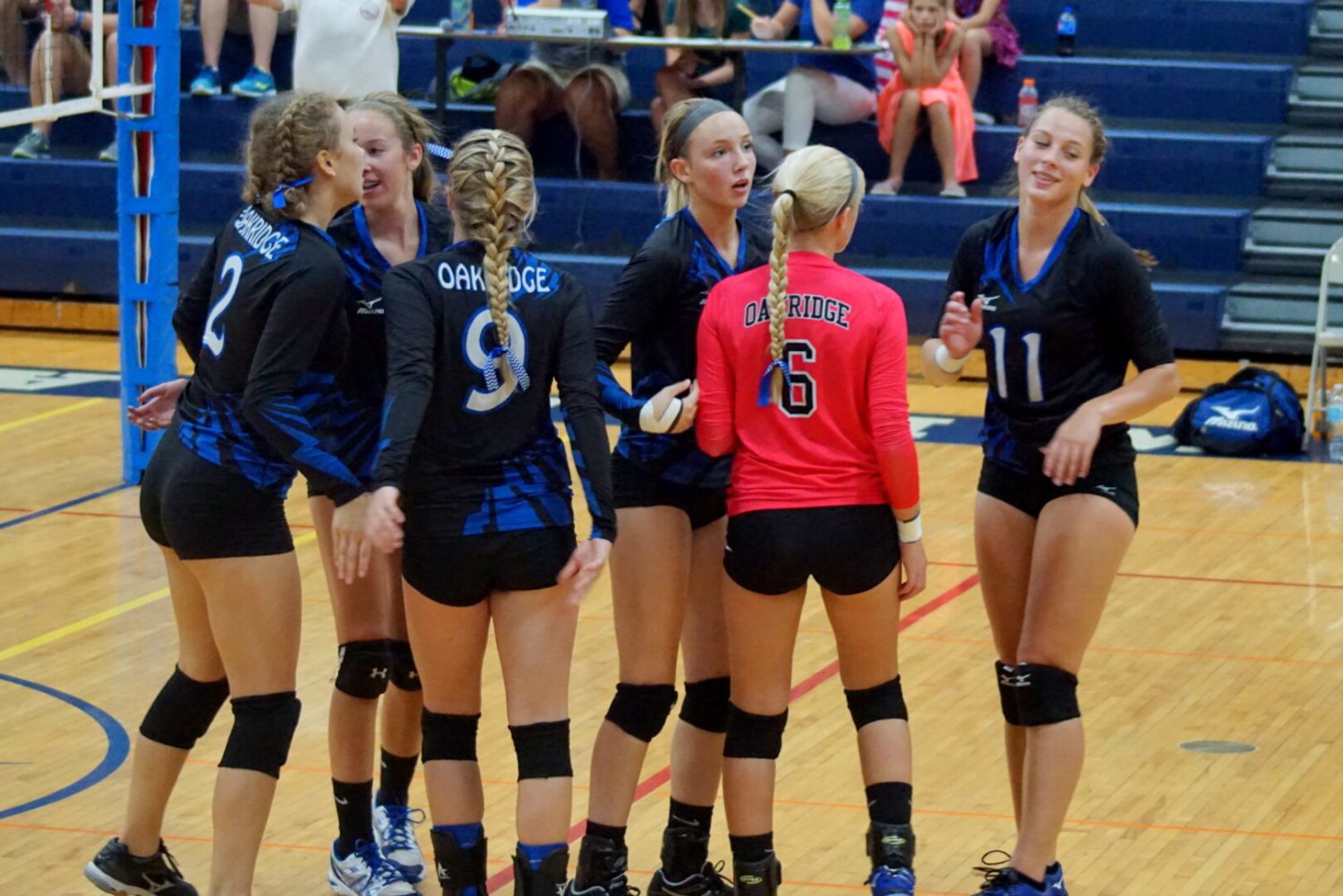 Oakridge gathers at the center after a point. Photo/Leo Valdez 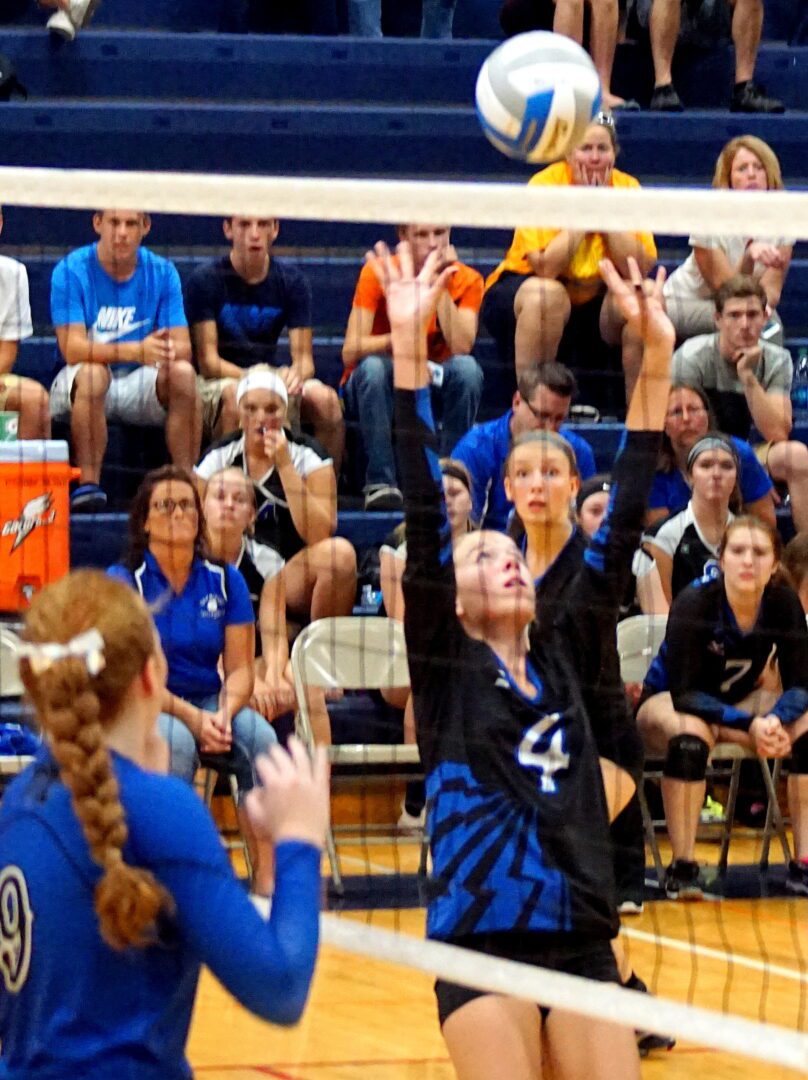