After taking last season off to rebuild the program, the visiting Pirates overcame a 12-0 deficit to beat the

It was Hart’s first varsity football victory since August, 2014, and sent the “Blood, Sweat, & Tears” jug, the traditional trophy in the Hart-Shelby rivalry, back to

Hart scored its third touchdown of the second half with 54 seconds left in the game. That cut Shelby’s lead to 19-18, and Pirates head coach Rick Witteveen knew he was going for the two-point conversion.

“I told the kids a long time ago I never liked the overtime format,” said the first-year head coach. “We would roll the dice. I was going to be the hero if we won or condemned by the entire town of Hart if we lost.”

He turned out to be a hero for his decision.

After a false start penalty, Pirates quarterback Cameron Tanner rolled to his right and hit Angel Aguilar-Salgado in the corner of the end zone for the clutch two-point conversion, giving the Pirates their first lead of the game and the victory.

Hart’s No. 30 Brady Tate on the rush. Photo/Leo Valdez

Tanner completed 8 of his 15 passes for 239 yards in the game. He was intercepted twice, but his three TD passes in the second half were the difference in the game.

“We didn’t expect them to score 12 points so quick,” Tanner said about Shelby. “We have a saying, ‘We’re never going to die.’ I gave everything I had, and my teammates gave all they had.”

Shelby relied on the rushing game to score on its first two possessions of the game.

The Tigers opened with a 12 play, 65-yard drive that was capped by junior quarterback Kristian Oberlin’s two-yard TD run.

The Tigers came right back with another long possession. Blake Jones carried the load on that 66- yard drive and finished it with a clean 11-yard TD run to give his team a two-score lead.

Jones led Shelby in the game with 101 yards rushing on 19 carries.

But the Pirates, who are now 1-4 overall on the season and 1-3 in the West Michigan Conference, came out throwing in the second half.

Then Tanner came right back and lofted a 45-yard touchdown pass to Salgado. Suddenly the score was tied 12-12 midway through the third quarter.

Shelby retook the lead in the fourth quarter when junior quarterback Kristian Oberlin hooked up with a wide open Tristan Hill for an 18-yard touchdown pass. The extra point made it a 19-12 game with 5:35 left.

That led the Pirates’ game-winning, 79-yard drive late in the fourth quarter. Tanner led the final drive by completing passes of 21, 27 and 31 yards, and capped it with a 10-yard touchdown pass to Brady Tate.

The two-point conversion settled the issue, and will be remembered as the defining moment in Hart’s return to varsity football.

Hundreds of Hart students rushed the field as time expired. It was a long-awaited emotional victory on a rivals’ turf.

“We took a heck of a punch in the first half,” said Witteveen. “But we stayed tough, stayed true. And I don’t have plans for that jug to leave Hart in the near or long future.”

The Tigers rushed for 246 yards in the game. Hart rushed for just 120 yards, but Tanner made up the difference by rushing for 96 yards on 16 carries to go along with his 239 passing yards.

Shelby forfeited its game against Oakridge last week because it lacked healthy players. The Tigers are still winless this season, and their last victory was exactly two years ago against the same Hart Pirates.

“We competed through the whole game,” said Shelby head coach Lorenzo Rodriguez. “What we overcame this year, what do we have to hang our heads about? We’re getting healthy, so let’s see what the rest of the season produces.” 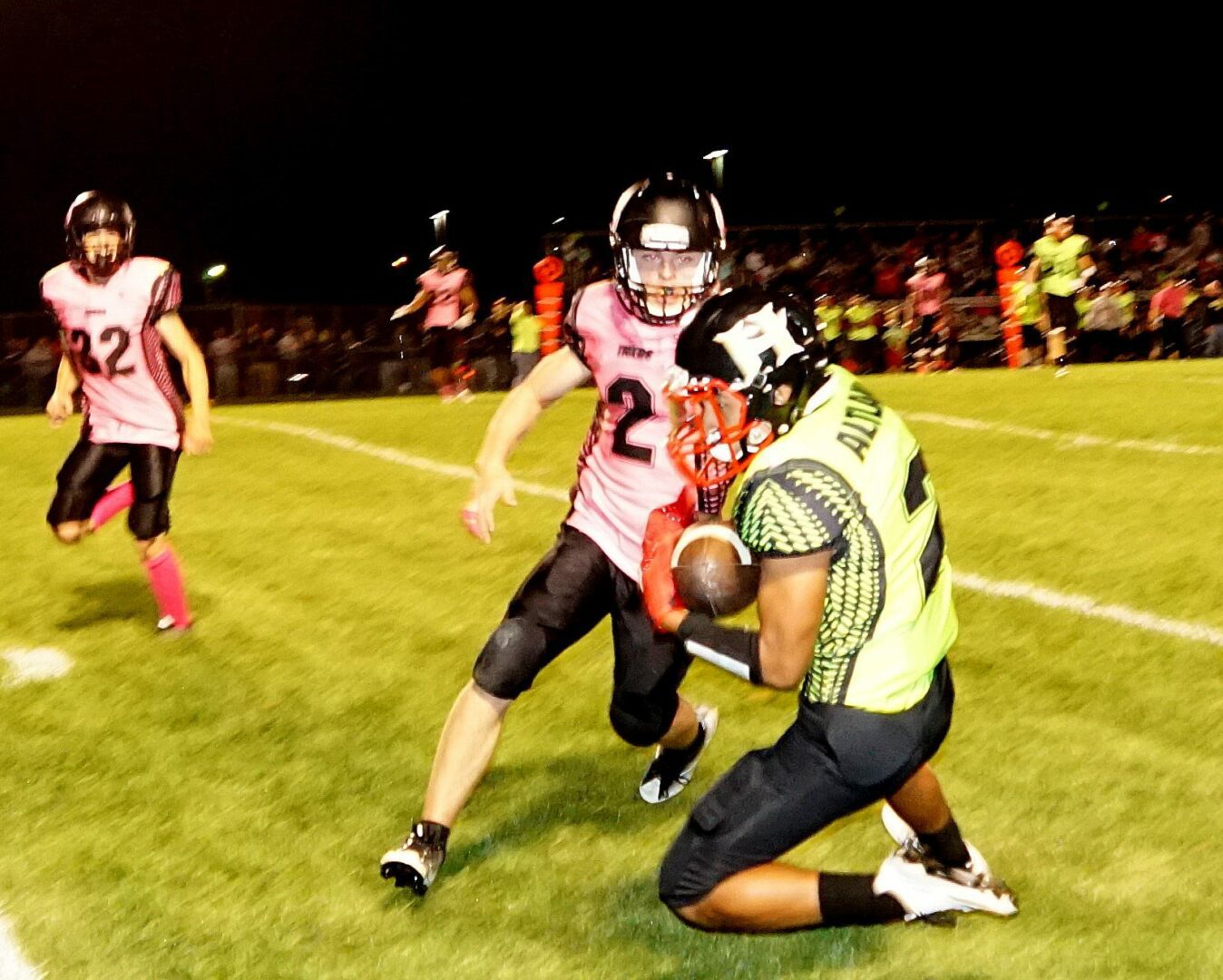 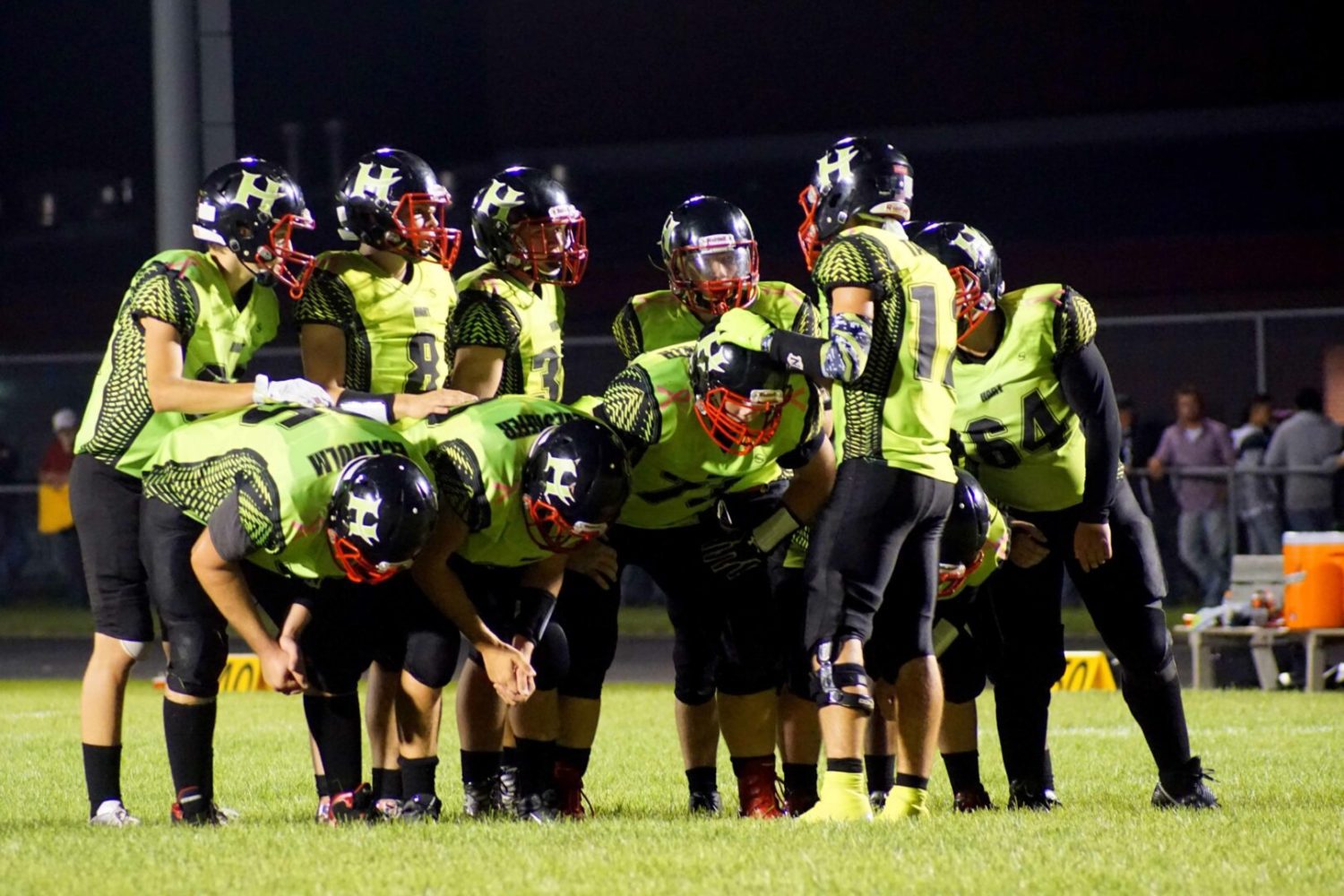 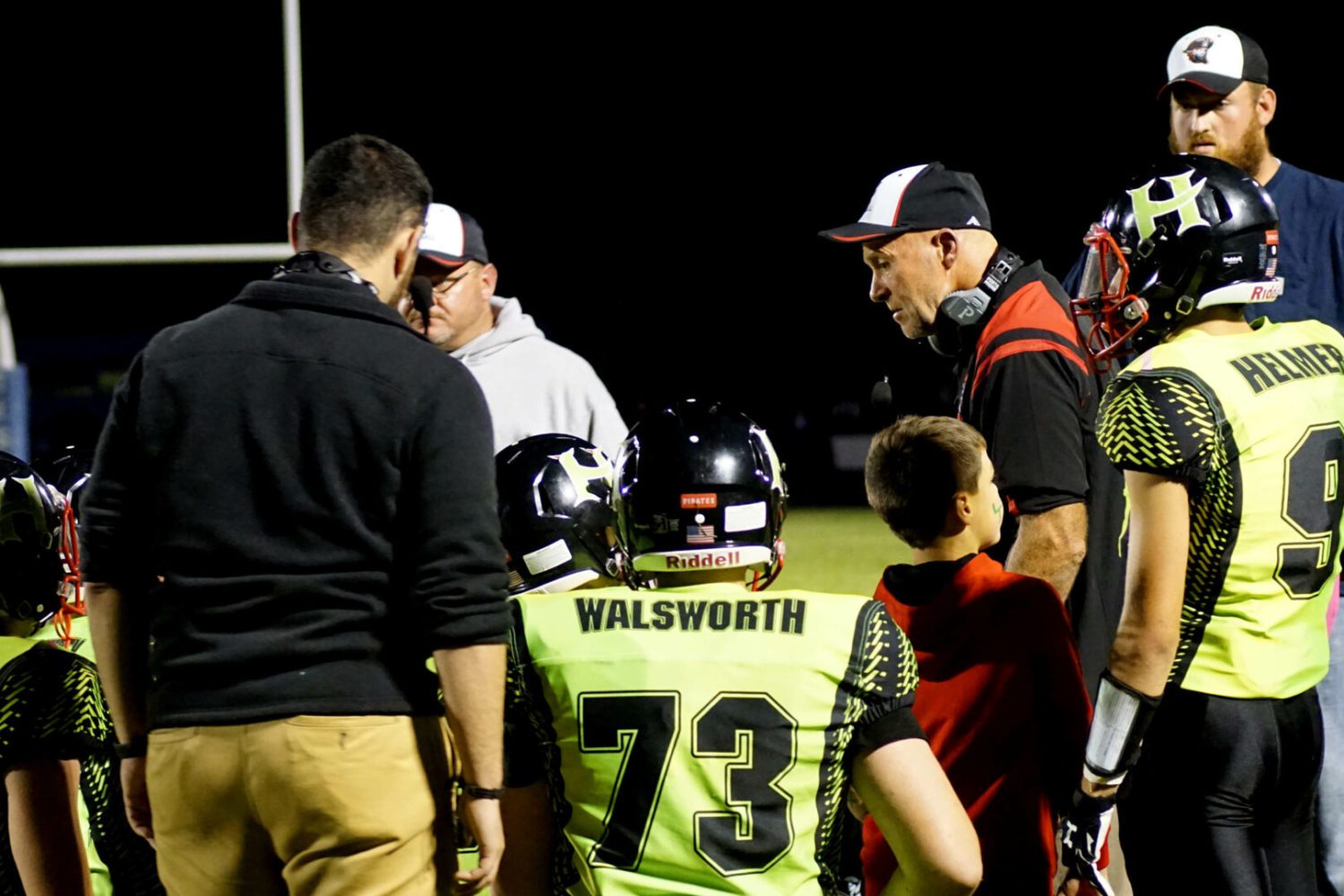 Hart Coach Rick Witteveen talks to his players after the win. Photo/Leo Valdez 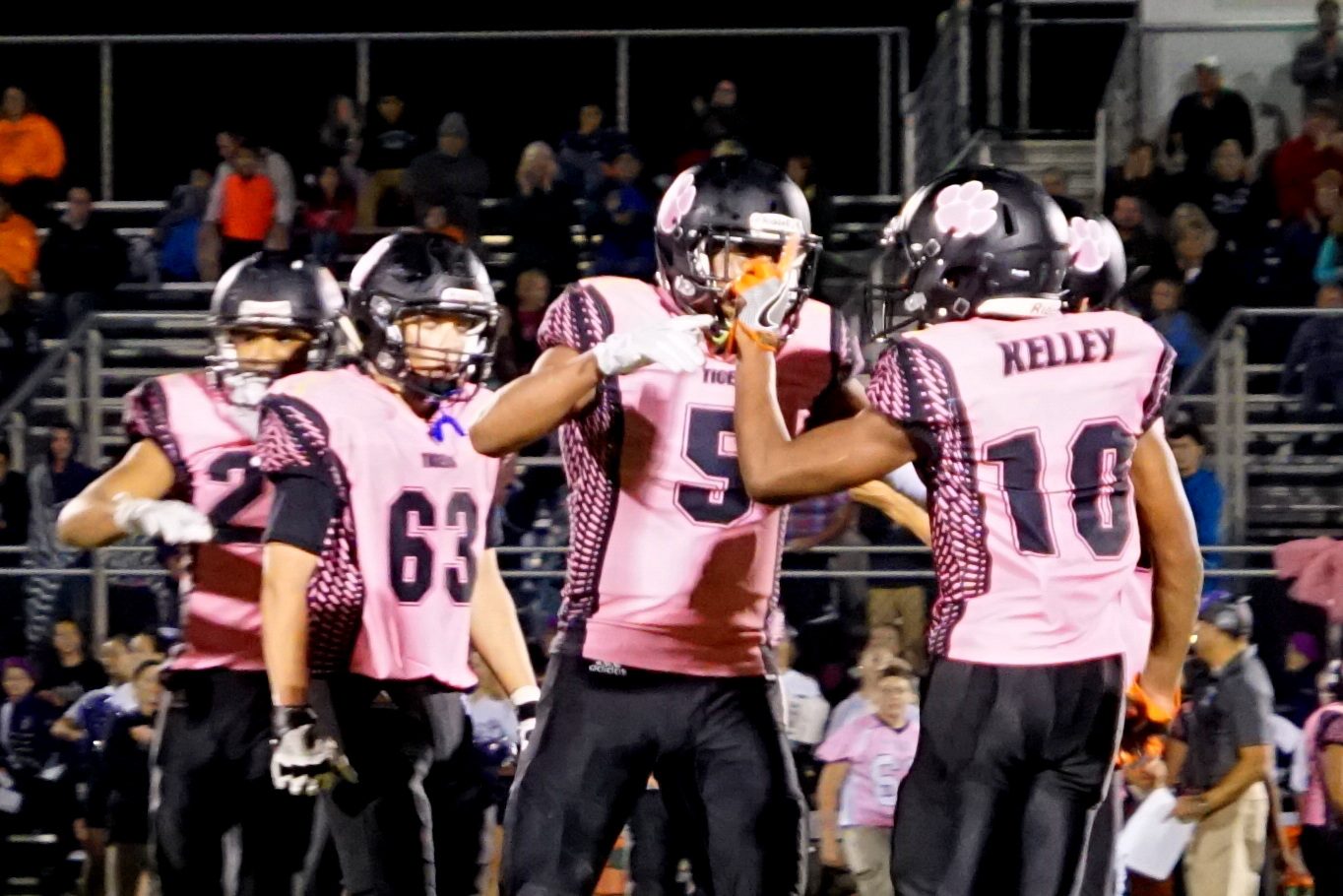 No. 5 Parker Sawyer and No. 10 Latrell Sobers celebrate after a defensive stop. Photo/Leo Valdez