LSJ Gridiron Picks: The games have to be closer than last week … don’t they?

There were a lot of very ugly high school football games played in the area last week.

The majority were over, for all practical purposes, by halftime. There were running clocks in the second half all over the place. 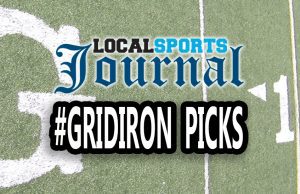 over Holton 30-0, Reeths-Puffer over Grand Rapids Union 56-16, Whitehall over Mason County Central 43-7 and Muskegon over Fruitport 63-7.

The saddest story of all was in Montague, where there was no second half. The powerful Wildcats jumped out to a 53-3 lead over Shelby at halftime, and the game was called at the break because injuries left the Tigers without enough players to continue.

This week Shelby was forced to forfeit its game against Oakridge, because the small squad needs time to heal and regroup.

Last Friday was also ugly for LSJ, in terms of picking winners. We were a putrid 7-7, which is embarrassing, considering the number of blowouts that occurred. We picked Heights over Benton Harbor and Mason County Central over Whitehall. What were we thinking?

We hope nobody based any wagers on our selections last week – unless they had the good sense to pick the teams we didn’t pick.

The biggest game is Mona Shores at Reeths-Puffer, with each team hoping to stay in the thick of the O-K Black Conference title race. The Rockets seem to be better than they were in the past two years, when the Sailors handled them with ease, and this could be a very good contest.

Another interesting matchup will be in Hesperia, where the Panthers will host archrival Holton in a battle of two talented teams off to disappointing starts.

At Hackley Stadium, the Big Reds will test themselves against a 3-0 Byron Center squad. At Muskegon Catholic, the Crusaders will see if a 3-0 Ludington squad can give them a run.

Here’s hoping that area fans who venture out this week will have more reasons to stick around for all four quarters.

Here are our picks for Week 4, which we trust will be more accurate than last week’s:

MONA SHORES (1-2) at Reeths-Puffer (2-1) – Early snake bites have hurt the Sailors in their two losses, and they will probably extract the venom this week. But the Rockets are capable of scoring a lot of points, as evidenced by their domination of Union last week. This could be one of the best games this season.

FRUITPORT (1-2) at Kenowa Hills (1-2) – The Trojans are hurting after their run-in with Muskegon last week. Their team morale needs a boost and the Knights of Kenowa Hills will provide the fix.

GRAND HAVEN (1-2) at Holland West Ottawa (1-2) – Last week was a painful reminder for Grand Haven that the O-K Red is not an easy conference to be in. But the Bucs are better than they’ve been playing for the last two weeks.

Hart (0-3) at WHITEHALL (3-0) – The struggling Pirates were still in the game fairly late against Ravenna last week, but Whitehall is not going let that happen on Friday. Expect a Viking win.

HOLTON (1-2) at Hesperia (1-2) – This will be a great slugfest between two rivals who are both 1-2 and fighting for playoff hopes. The Red Devils dropped this one last year and are out for blood. They will taste it.

Ludington (3-0) at MUSKEGON CATHOLIC (3-0) – Ludington may be unbeaten, but the Orioles have not challenged the likes of the Crusaders yet.

Mason County Central (2-1) at MONTAGUE (3-0) – The Spartans were dominated in the second half last week by Whitehall, and Montague looks to be legit with quarterback Dylan Stever. The Wildcats continue their push for a league title.

Byron Center (3-0) at MUSKEGON (2-1) – BC might be 3-0, but Muskegon is still mad about its Week 2 loss to Stevenson (Ill.). The Big Reds have the winningest program in state history and the Bulldogs will find out why.

Manistee (1-2) at MUSKEGON HEIGHTS (1-2) – The Tigers have athleticism but lacked discipline with too many penalties last week against Benton Harbor. We are guessing Coach Elliott had his players doing extra sprints in practice because of it. The exercise will pay off with a victory.

North Muskegon (0-3) at RAVENNA (2-1) – Coach Witham and the Norse are probably fit to be tied with their winless start. But they won’t get any relief against the Bulldogs. Dual threat QB David Thompson will be too much for North Muskegon to handle.

Orchard View (0-3) at BENTON HARBOR (3-0) – The Tigers listen when veteran coach Eliot Uzelac shouts at them. How wouldn’t they? The former University of Michigan assistant coach and Western Michigan University head coach knows what he’s talking about, and has Benton Harbor playing very well.

Spring Lake (0-3) at GRAND RAPIDS WEST CATHOLIC (2-1) – West Catholic is not happy after its loss to Zeeland West last week. But look for a surprisingly close one from the Lakers. Their offense clicked in Week 1 and it just might pick back up in Week 4. 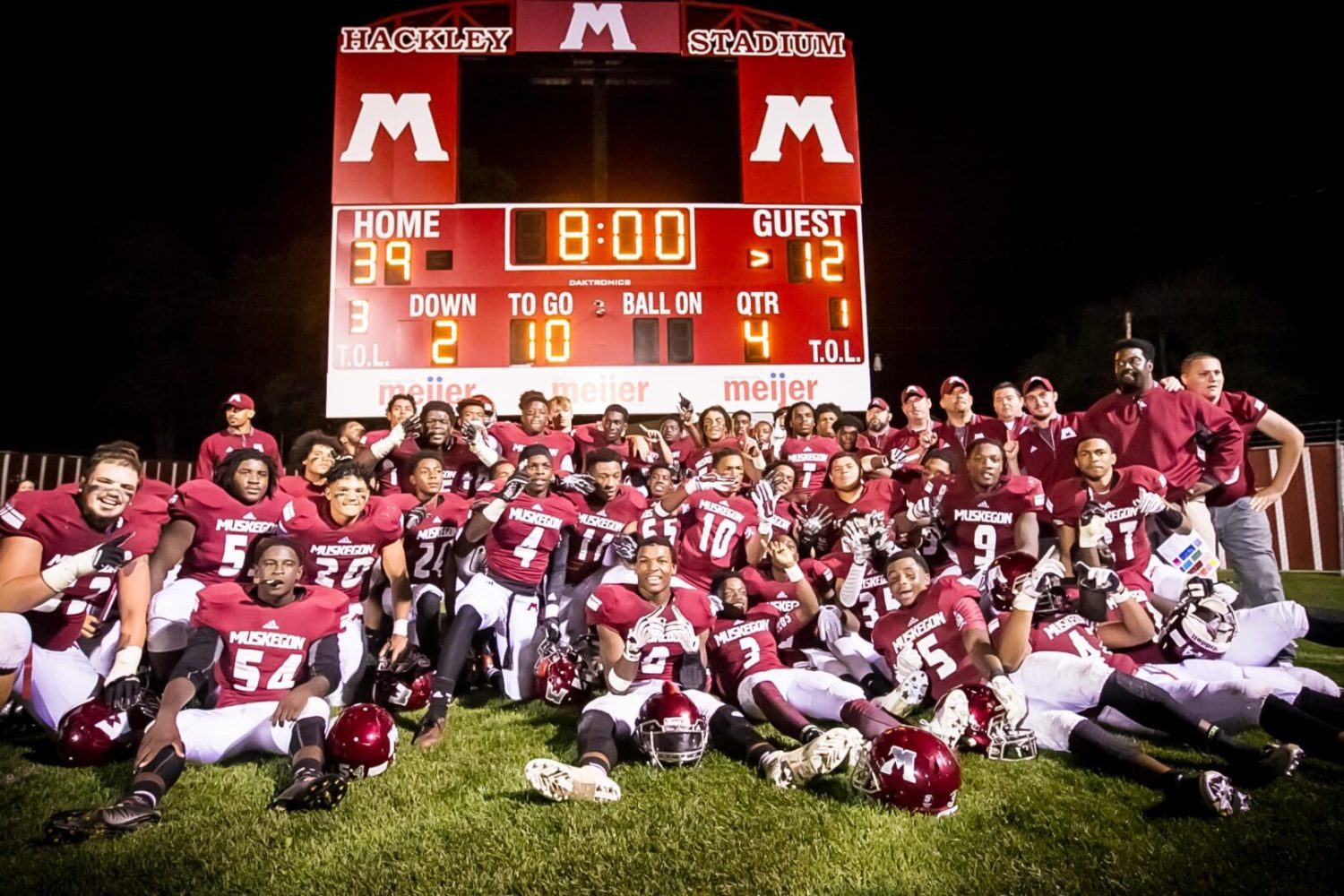