RAVENNA – It took some time for an extremely young Oakridge football squad to find itself this year.

But five weeks into the season, the Eagles have not only found themselves, but they’re sending out a warning to West Michigan Conference opponents: Beware.

Oakridge dominated Ravenna from start-to-finish on Friday at Citizen’s Field,

Oakridge improved to 4-1 overall and 4-0 in the West Michigan Conference. Its only loss of the season came in Week 1 to Muskegon Catholic.

The Eagles are tied with Montague for first place in the conference and control their own destiny, with upcoming games on their home field against both Montague and powerful Whitehall.

“That Week 1 loss was tough,” said Oakridge senior quarterback Brady Luttrull, who rushed for 77 yards and three touchdowns against Ravenna. “We had such a young team starting out. I was the only returning starter on offense, so we made a lot of mistakes early on. But this team is getting better every week. That’s what matters.”

Ravenna (3-2 overall, 2-2 WMC) had no answer for Luttrell, who set the tone early with a dominating first quarter, rushing for 72 yards and two touchdowns to give the Eagles a 14-0 lead. 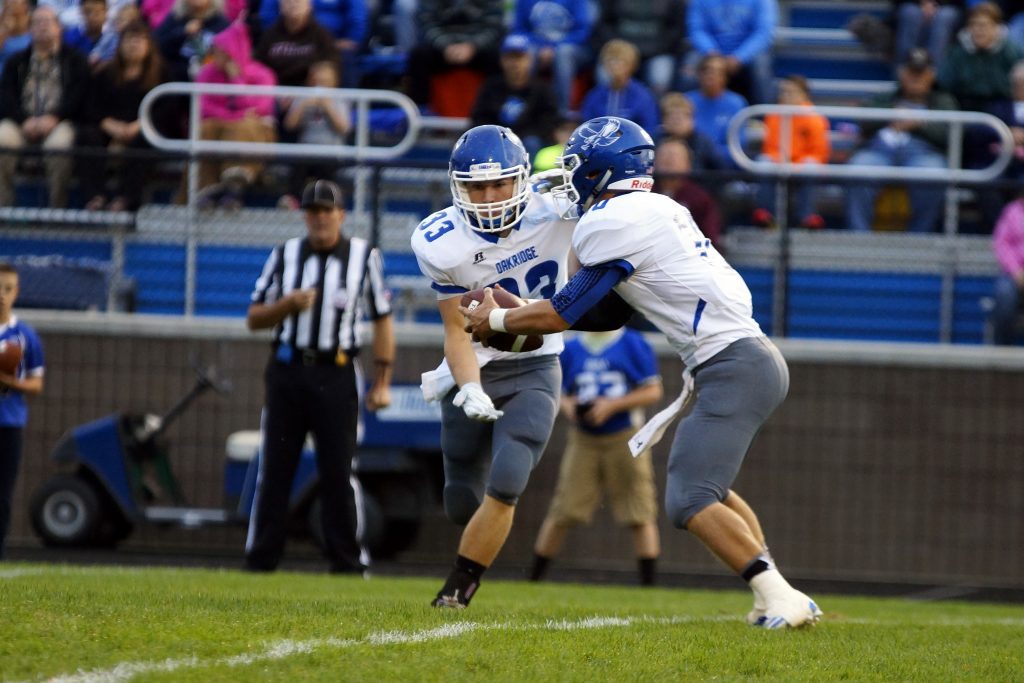 Luttrell and the Eagles’ passing game were extremely efficient as well.

The quarterback connected with his favorite target, junior Austin Smith, on a slant across the middle, and the six-foot receiver did the rest, breaking a tackle and streaking free for a 35-yard touchdown to put Oakridge up 21-0 late in the first half.

Luttrell completed 10-of-14 passes for 151 yards, all in the first half. Smith hauled in five catches for 85 yards.

A 20-yard field goal by kicker Greg Garcia gave Oakridge a 24-0 halftime lead. The Eagles limited the Bulldogs to a mere 71 yards in the half, and kept dangerous run-first quarterback David Thompson under wraps.

“We had a great effort defensively,” said Oakridge Coach Cary Harger. “From watching Thompson on film, the key is if the first guy isn’t able to bring him down, make sure he holds on, and let the cavalry come and clean it up. And I thought we did that extremely well tonight.” 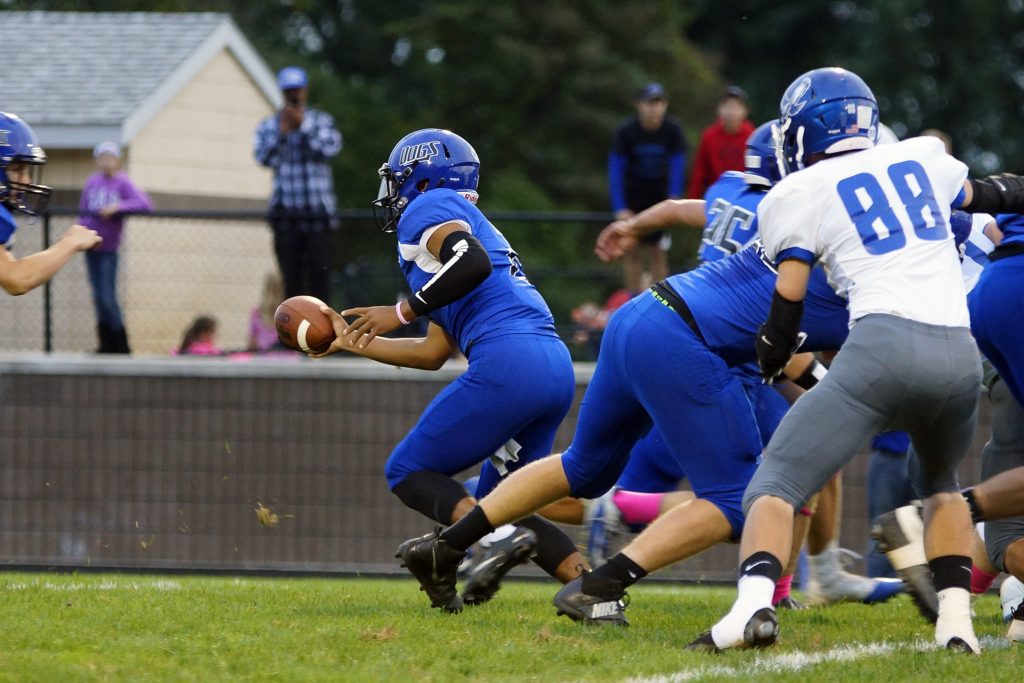 Ravenna’s David Thompson prepares to give the handoff. Photo/Sherry Wahr

Quinn also showed off his impressive speed as a running back early in the third quarter, with the Eagles pinned deep on their own 1-yard line. He broke through a hole and raced 89 yards before he was tripped up from behind. Two plays later, Luttrull escaped a pass rush and scrambled for a six-yard touchdown, giving the Eagles a 31-0 advantage.

Oakridge’s Alex Shoop returned a punt 78 yards for a touchdown late in the third quarter, putting the Eagles up 38-0 and starting a running clock.

Ravenna’s lone score came on a 3-yard run by Camron Passenier with 33 seconds left in the contest.

Thompson finished with just 32 yards on the ground on nine attempts for the Bulldogs, while sophomore Brandon Millis led the ground game with 48 yards on 13 carries.

Luttrell said he’s excited about what the Eagles can accomplish this season.

“People have been keeping us out of the picture (for a league title) because of how young we are,” he said. “But we just keep getting better every week, and we feel we can control our own destiny.” 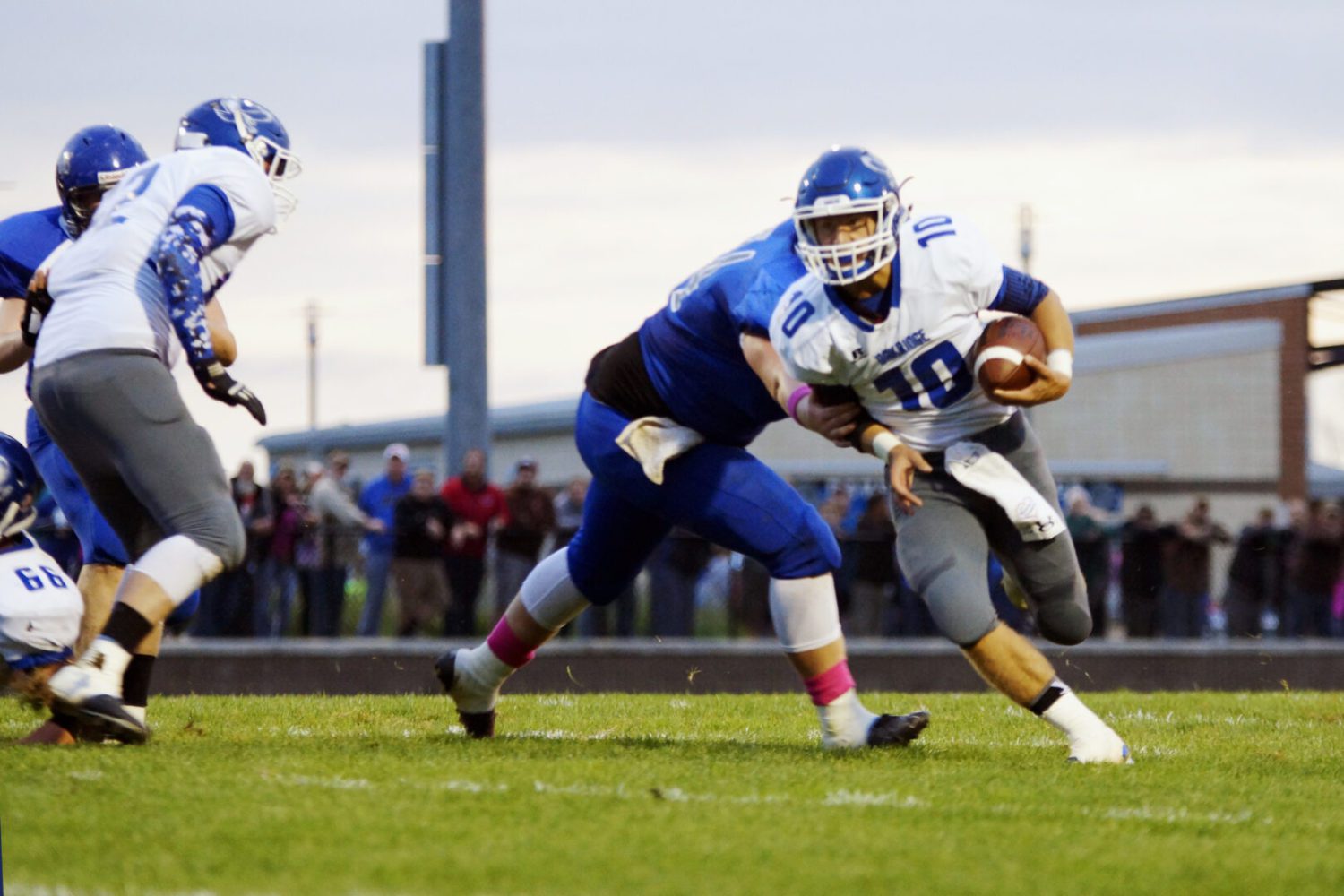 Brady Luttrull breaks a tackle and heads to the end zone for Oakridge. Photo/Sherry Wahr 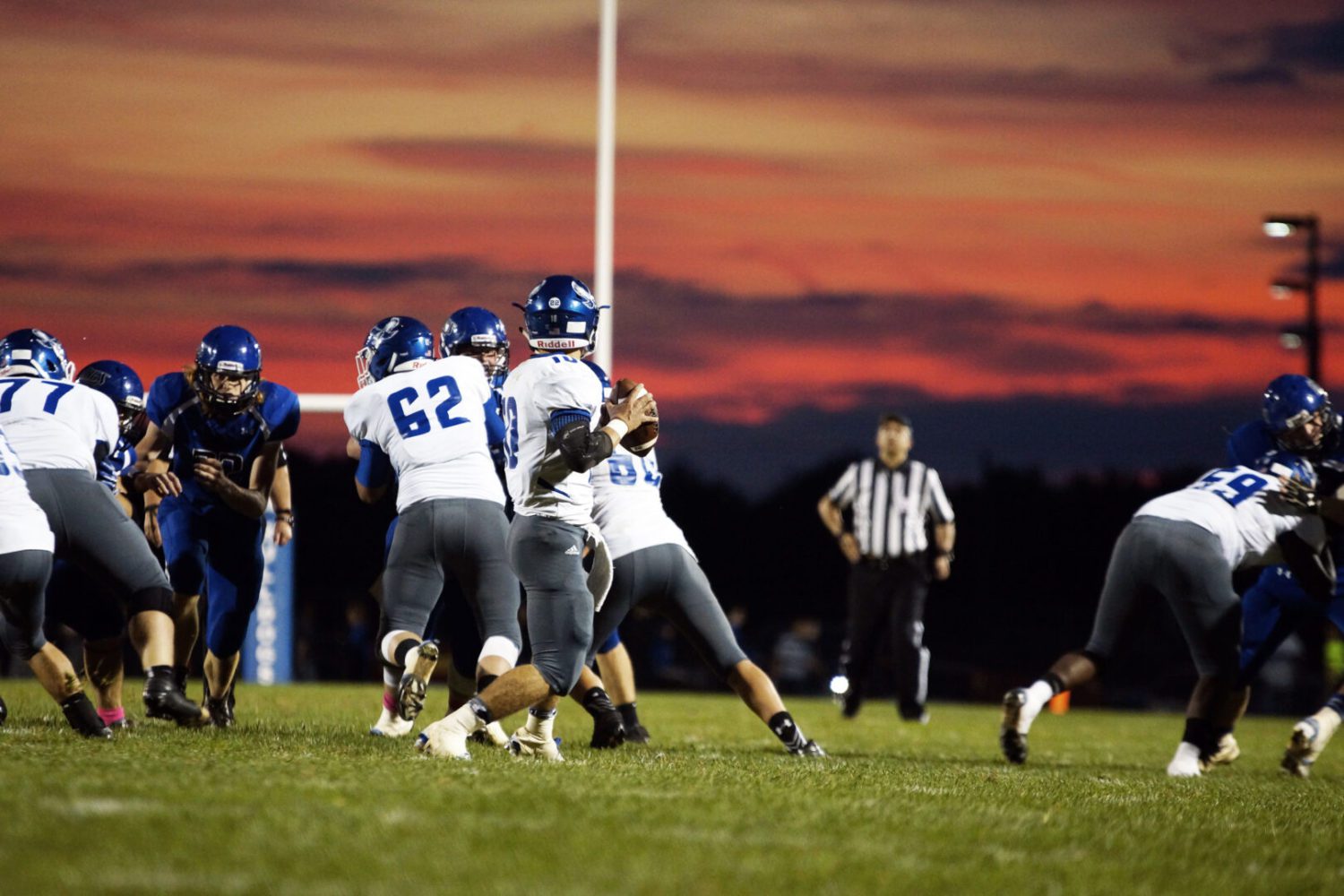 Brady Luttrull drops back to pass for Oakridge as the sun sets on the Ravenna.

Varenhorst pours in 26, Ludington guns down Muskegon in Hall of Fame Classic