MUSKEGON – At the end of the night one of two very good volleyball teams had to lose its first conference match of the season. 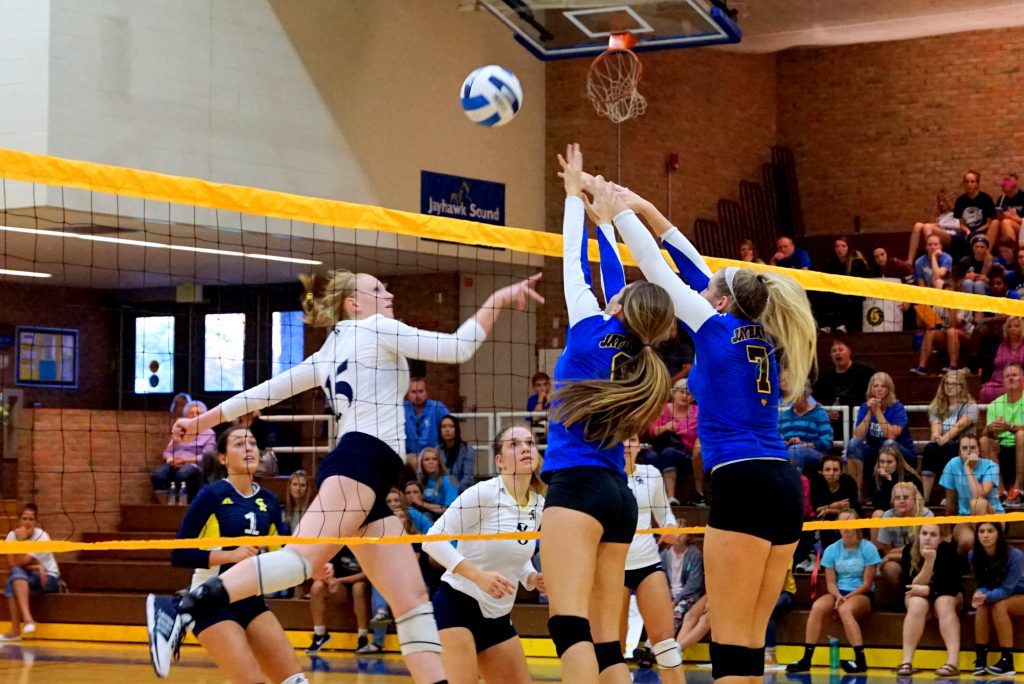 No. 15 Emily Pieczynski slips a shot over the net for MCC. Photo/Leo Valdez

The Jayhawks jumped out to a 2-0 set lead before falling in the final three sets at Bartels-Rode Gymnasium.

MCC dropped to 10-6 overall and 5-1 on the season. They Jayhawks are now in second place in the Michigan Community College Athletic Association Western Conference standings, one game behind GRCC.

“In the first half (of the match) we forced them to make a lot of mistakes and we played pretty well, but in the second half they limited their mistakes and we started making mistakes,” said MCC Coach Rick Rykse. “I think the players thought going up 2-0 was good enough to win, but I told them at the break that this match is far from over.”

The Jayhawks needed to come from behind several times during the first set, trailing 10-7 and 19-14.

But MCC closed with an exciting 11-4 run, mostly due to a strong service run by Fruitport graduate Sammi Hockstra, and grabbed a 25-23 win.

In the second set the Jayhawks took an early 4-3 lead and never looked back, cruising to a 25-15 victory. Ashly Schuitema (Western Michigan Christian) and Lindsey Jacobs (Ravenna) had strong service runs for MCC while Rachel Brown (Whitehall) provided strong play at the net.

But everything went downhill for MCC after the second set. 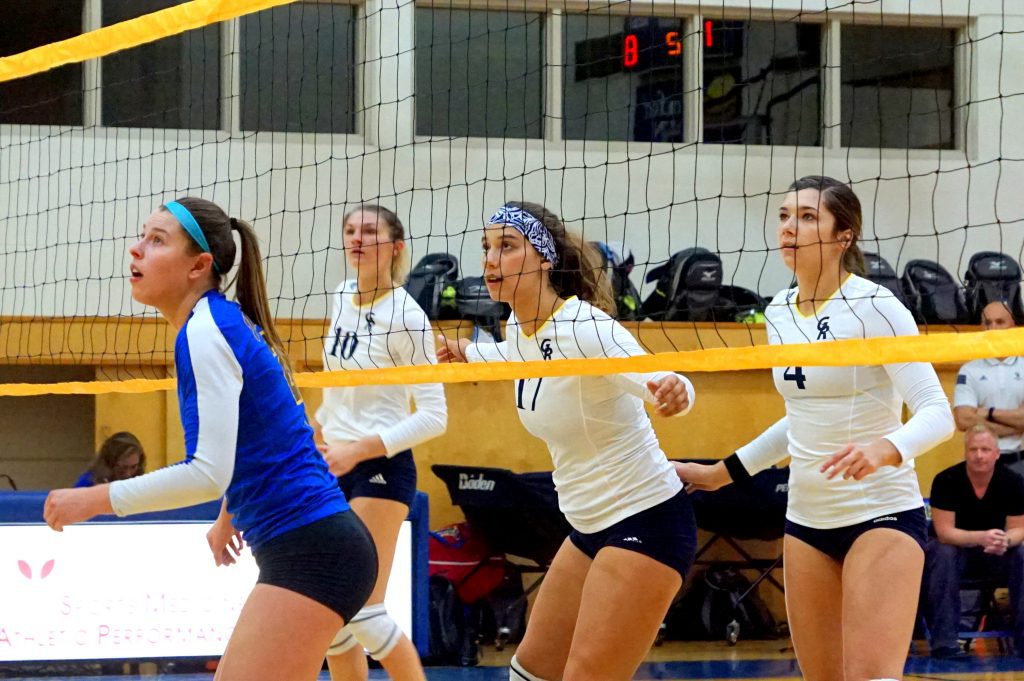 No. 4 Jordyn Vilneff, No. 12 Alysia Folkersma and No. 10 Brooke Day get ready at the net for MCC. Photo/Leo Valdez

The Raiders never trailed during the third set and got back in the match with 25-16 victory.

The Jayhawks scored the first point of the fifth and deciding set, but never led again. The Raiders scored the next five points on a service run by Olivia Reams, then cruised to a 15-8 victory.

“It was really cool to come home to see my family,” said Potts, who ended the night with 11 digs. “The team started out a little slow but we found that extra spark. We picked up the intensity, which is really important.”

The Raiders were led by Lauren Wieber with 13 kills.

Brown paced MCC with 14 kills while Jacobs had 36 assists and 16 digs.