MUSKEGON – The Muskegon Big Reds have made it abundantly clear that they are the team to beat in the O-K Black Conference this season.

They did that with an exclamation point on Friday, thumping rival Reeths-Puffer,

which came into the game unbeaten in the conference, 66-0 at Hackley Stadium.

The Big Reds are now 4-0 in the O-K Black and in first place by themselves.

Muskegon did a lot of its damage on defense and special teams. The hosts had five interceptions, with two ran back for touchdowns. and returned a punt and a kickoff for touchdowns.

“I am very happy and very humble and very excited that our kids accepted this challenge,” said Fairfield, whose team is now 4-1 overall on the season. “For us to come out and play this fast and physical and minimize penalties and mistakes, I cannot be more proud. 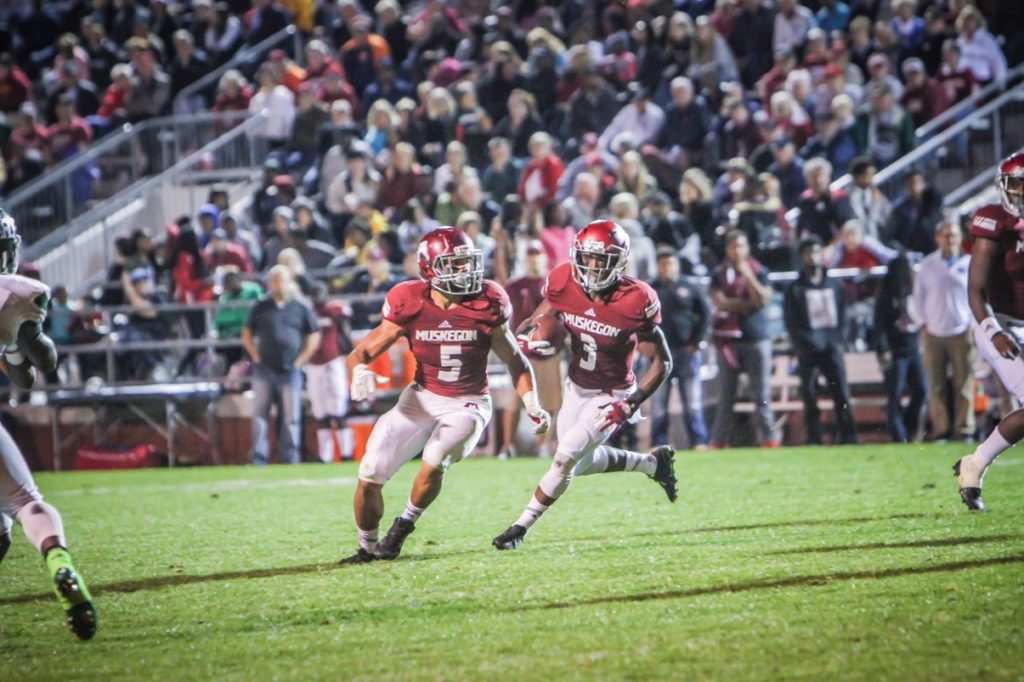 “We are going to take one game at a time. It’s going to get harder each week and the expectations get greater. The thing I am most proud of is we have more kids making plays without the ball than with the ball, and as a coach you cannot ask for anything better than that.”

Muskegon jumped out to a 21-0 lead after the first quarter, scoring on a 17-yard run and a 52-yard punt return by Pimpleton, and a 75-yard pick-six by Jacorey Sullivan.

The Big Reds took a 42-0 lead by halftime with an eight-yard touchdown run by La’darius Jefferson in the second quarter, as well as 37- and 14-yard scoring scampers by Pimpleton.

Sullivan returned the opening kickoff of the second half 80 yards for a touchdown, putting Muskegon up 49-0.

The Big Reds added a 32-yard field goal from Demetrio Lopez and a 26-yard interception return for a touchdown by Ali’Vonta Wallace.

Muskegon closed out the scoring in the fourth quarter with a one-yard run by Clinton Jefferson Jr. with under three minutes remaining. 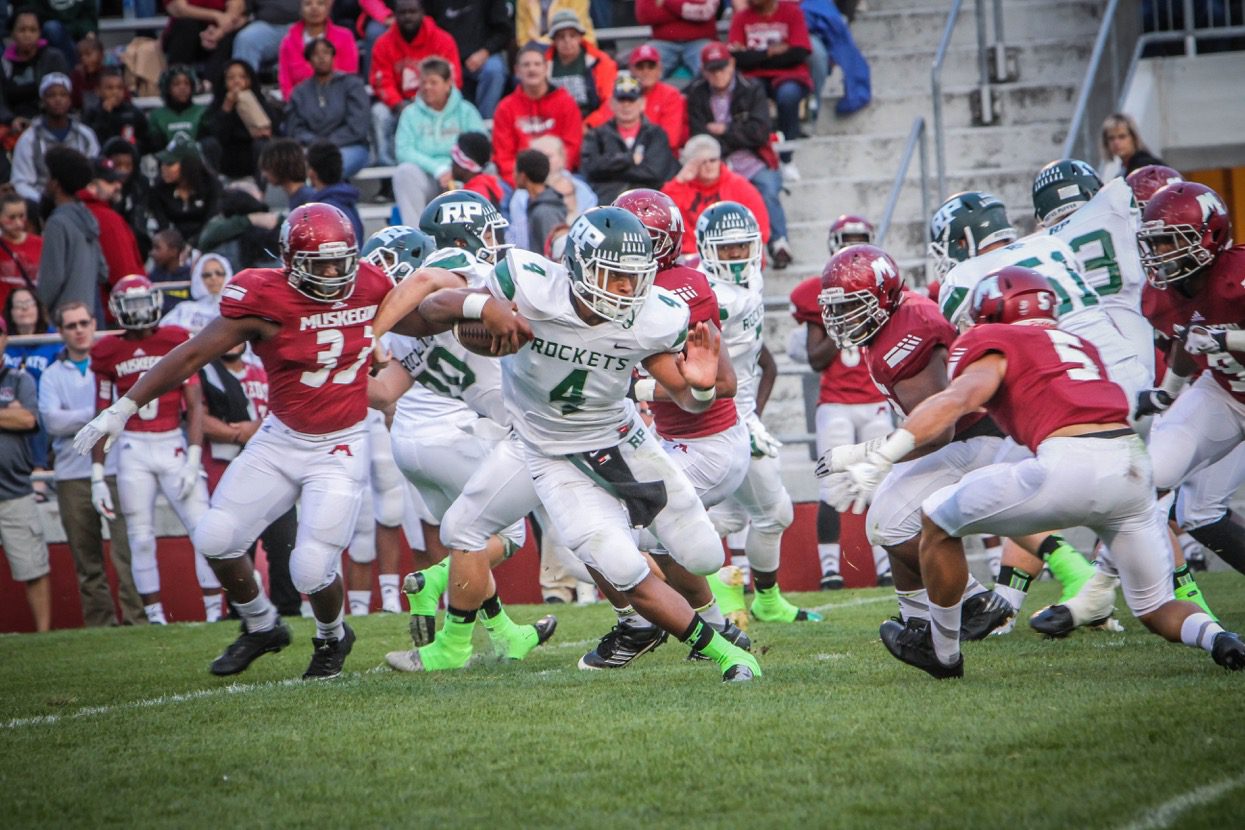 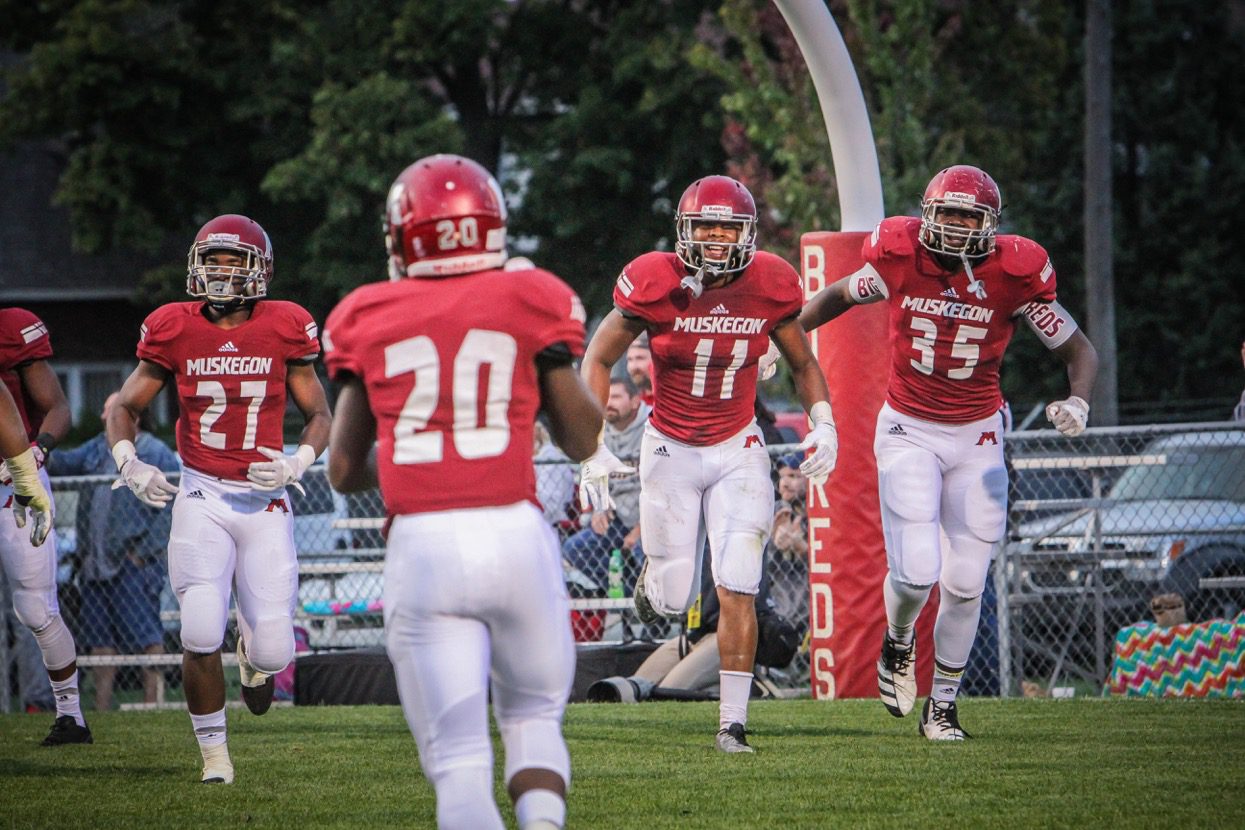 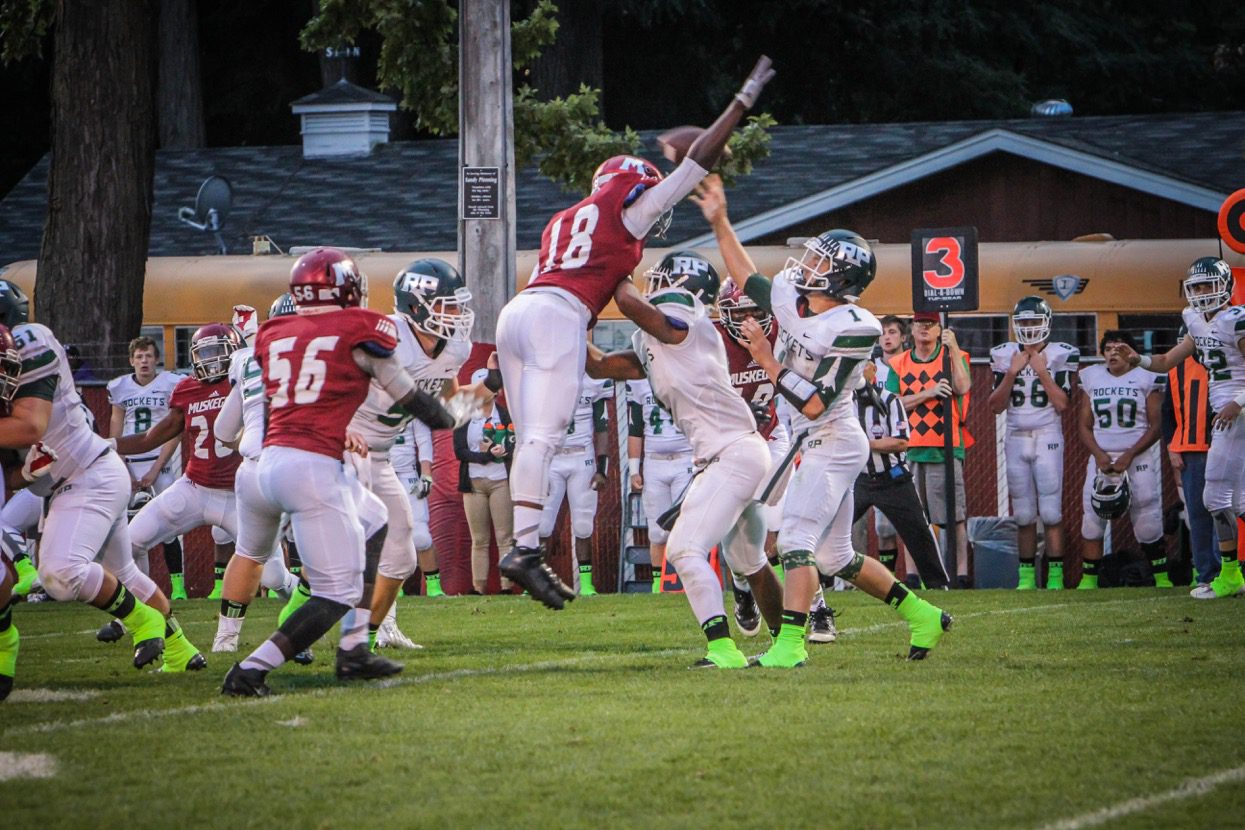 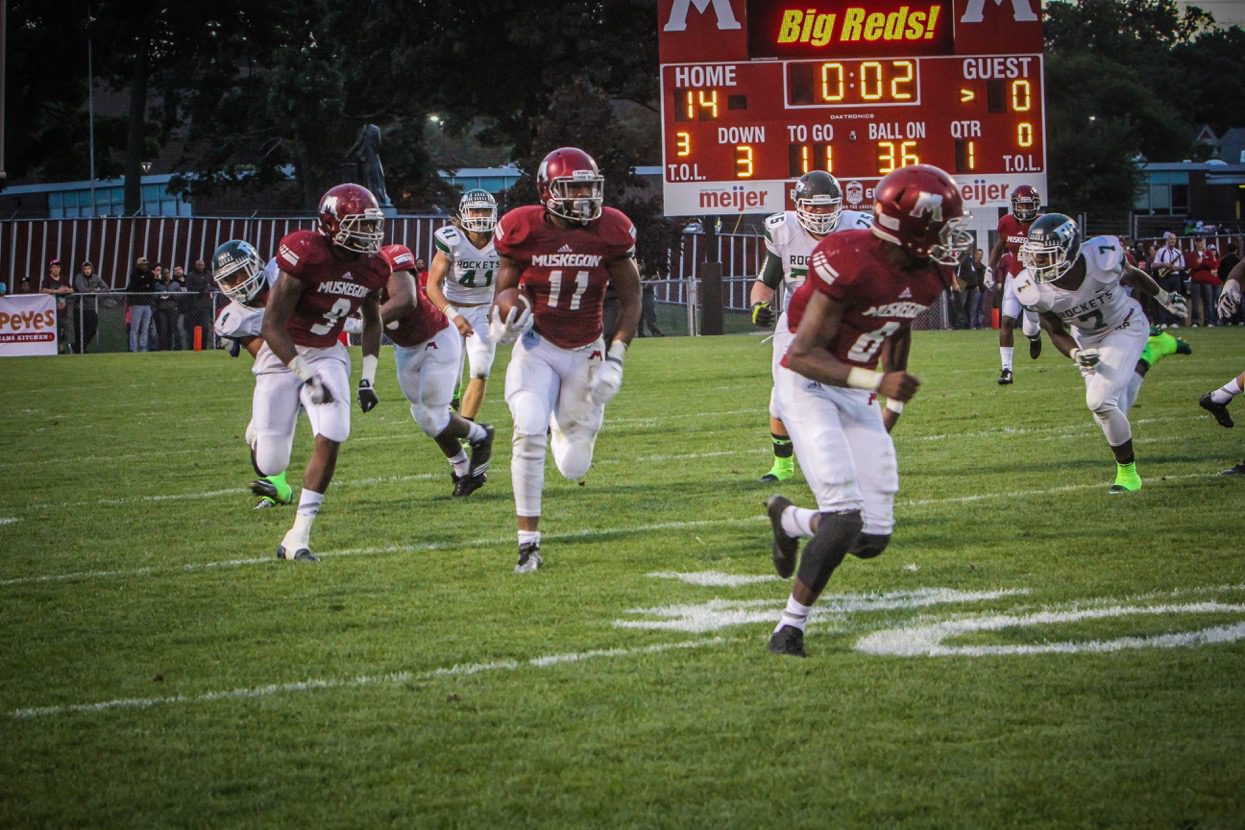 No. 11 Jacorey Sullivan brings the ball up field with No. 6 Clinton Jefferson Jr. leading and No. 3 Kalil Pimpleton trailing. Photo/Joe Lane 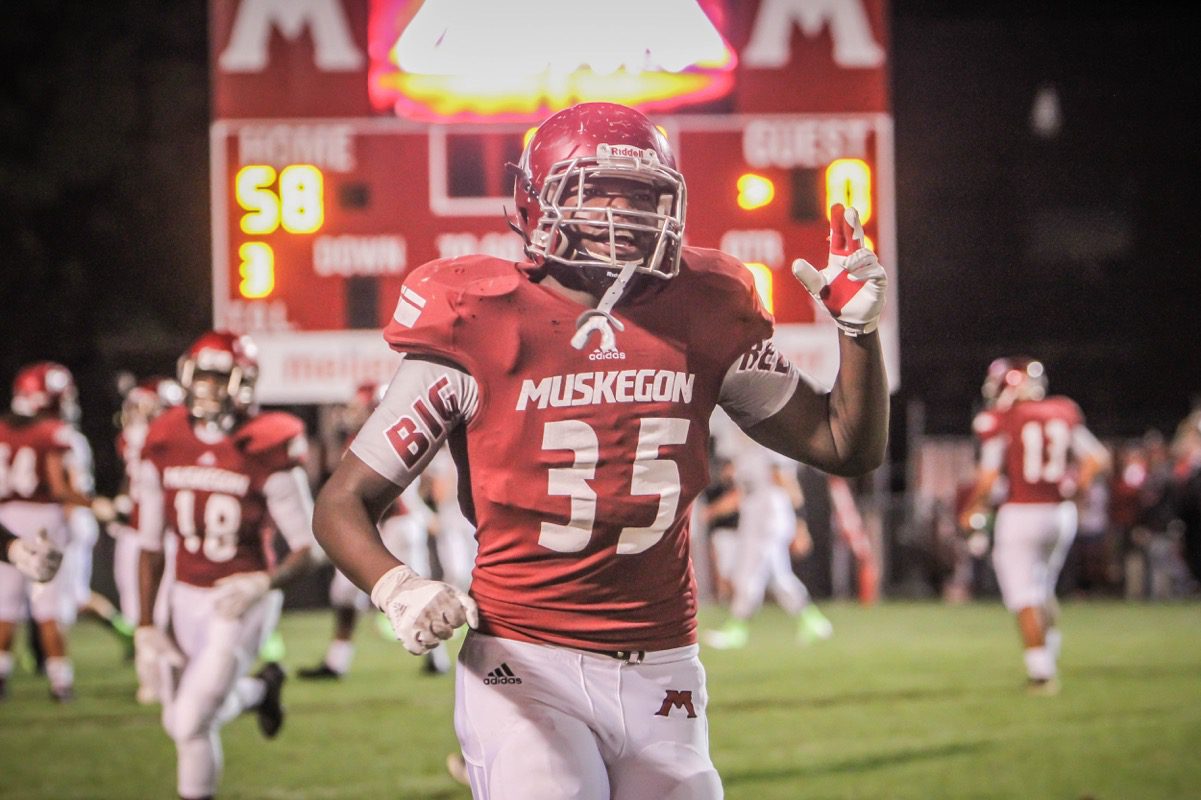 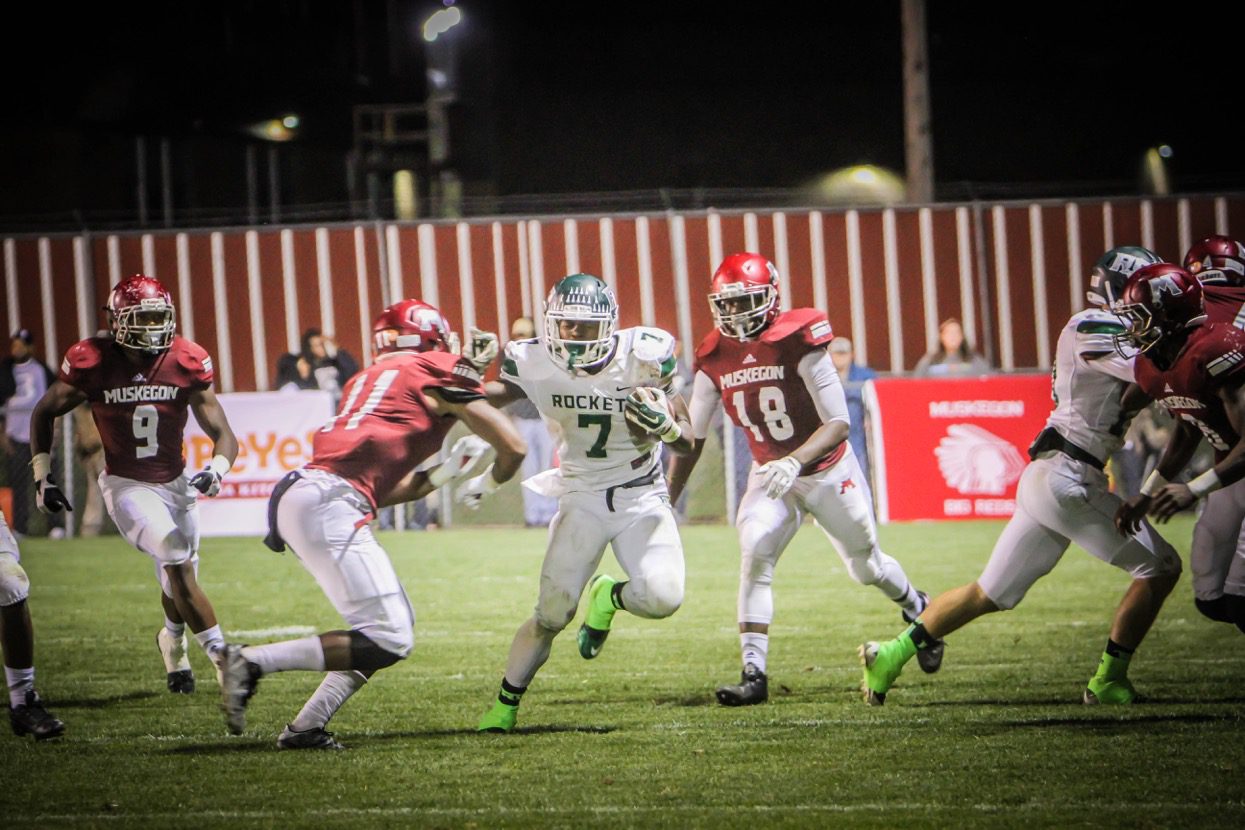 No. 7 Nate McCrary finds a hole for Reeths-Puffer. Photo/Joe Lane 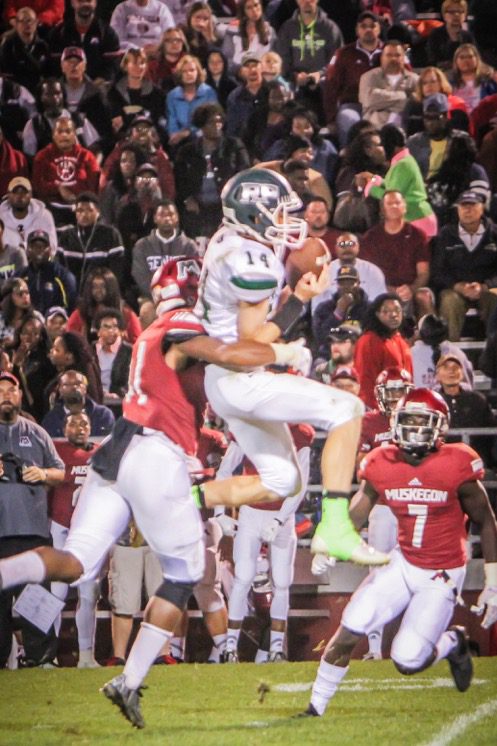 No. 11 Armund Gordon makes the catch for RP. Photo/Joe Lane 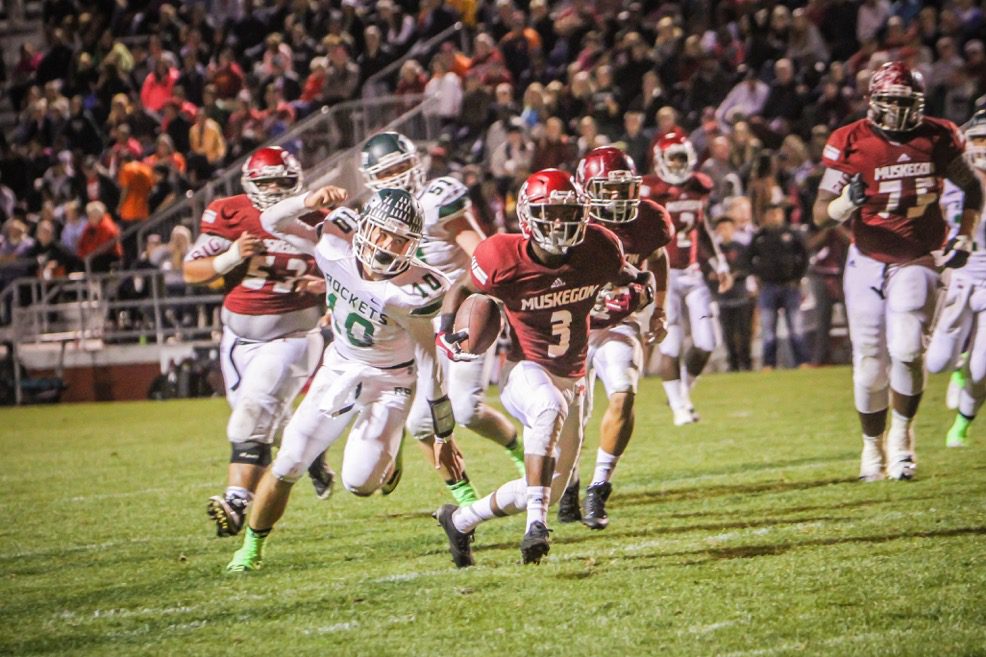 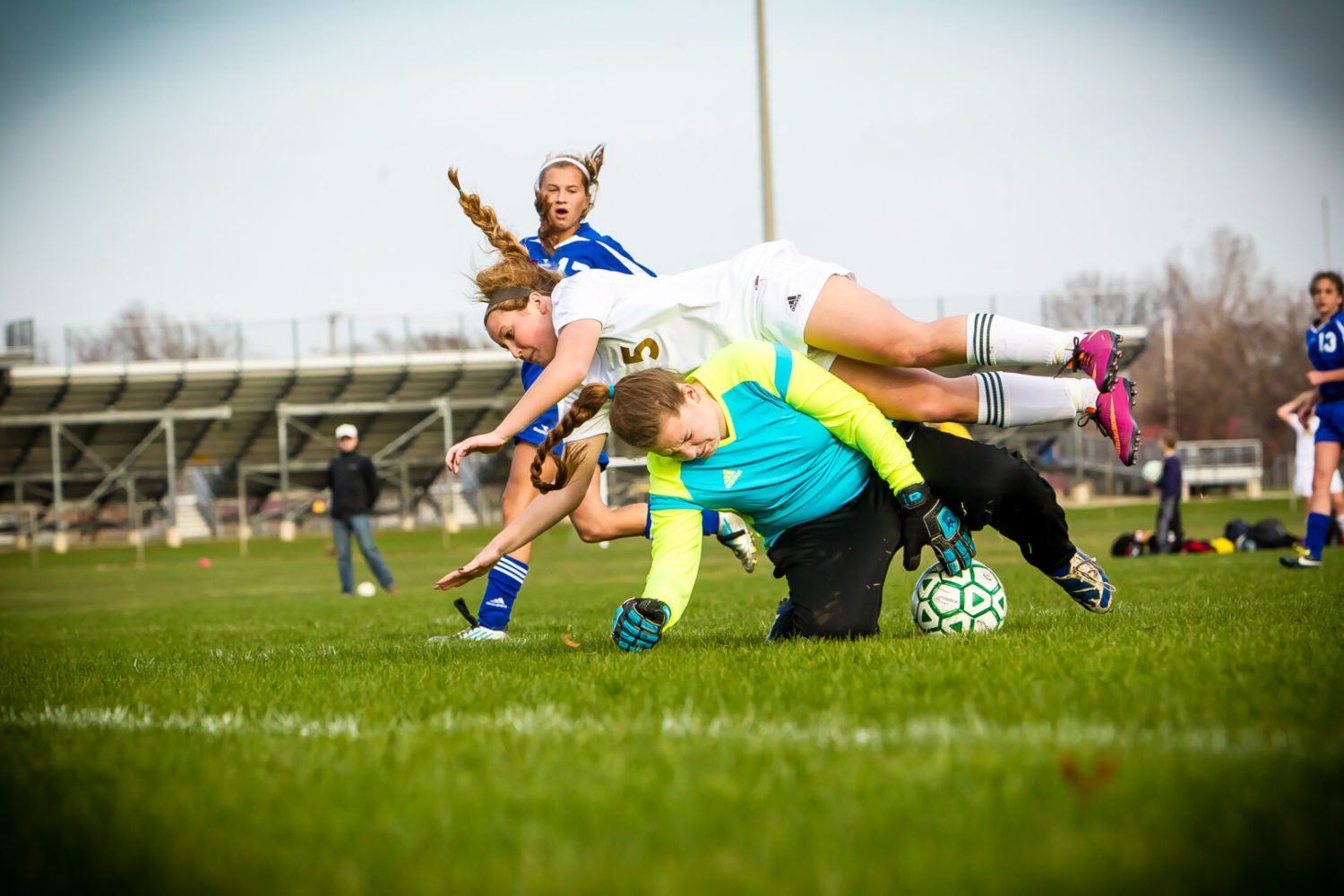