MUSKEGON – St. Ignace has given Muskegon Catholic a fight for two years in a row.

But each time the Crusaders have risen to the occasion and came away victorious.

Saint Ignace made the four-hour drive to Muskegon on Thursday night, looking to knock off the three-time defending state champion Crusaders in a rematch of

The MCC offense wasn’t as potent this time around, but it capitalized on big plays throughout the game. The result was the same as last year, with the Crusaders emerging victorious 21-6 while holding the Saints scoreless until midway through the fourth quarter.

In uncharacteristic fashion, MCC was whistled for 11 penalties totaling 135 yards in the game, a number not lost on Crusader head coach Steve Czerwon.

“It’s not a pretty stat,” Czerwon said. “We’ve got to sit down and sort through which ones were warranted and which ones weren’t, but it’s just too many to have.

“We had a lot of penalties, a lot of mistakes, but give them a ton of credit. They’re a pretty physical football team, they play a certain brand of football, we knew what they were going to bring tonight.”

It didn’t take long for the big plays to start, with St Ignace’s David LaVake returning the opening kickoff all the way to the MCC 18-yard line. 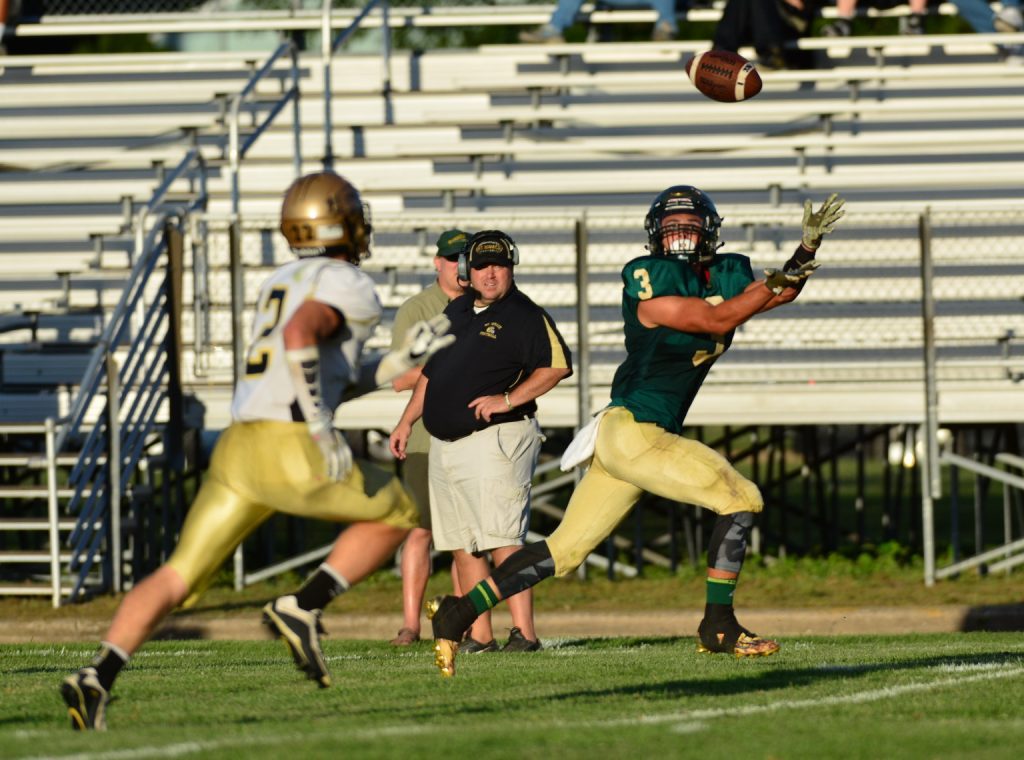 The Crusader’s Walker Christoffersen stretches for a catch. Photo/Michael Banka

Two plays later, the Saints fumbled a lateral that was recovered by MCC, ending the early threat.

The extra point was good and the Crusaders led 7-0 with 8:23 to play in the first quarter.

“The opening drive was very good for us, we just went down the field methodically,” Czerwon said.

The following MCC kickoff was bobbled by a Saint Ignace player and recovered by Crusader senior Cole Charlesworth. But Catholic couldn’t muster any points out of the drive and led 7-0 after the first quarter.

The only other first half score came with 9:27 remaining in the second quarter on an 83-yard touchdown run by MCC senior LaTommy Scott.

The Crusaders threatened again near the end of the first half, but Bordeaux was intercepted at the St. Ignace one-yard line on a tipped pass. 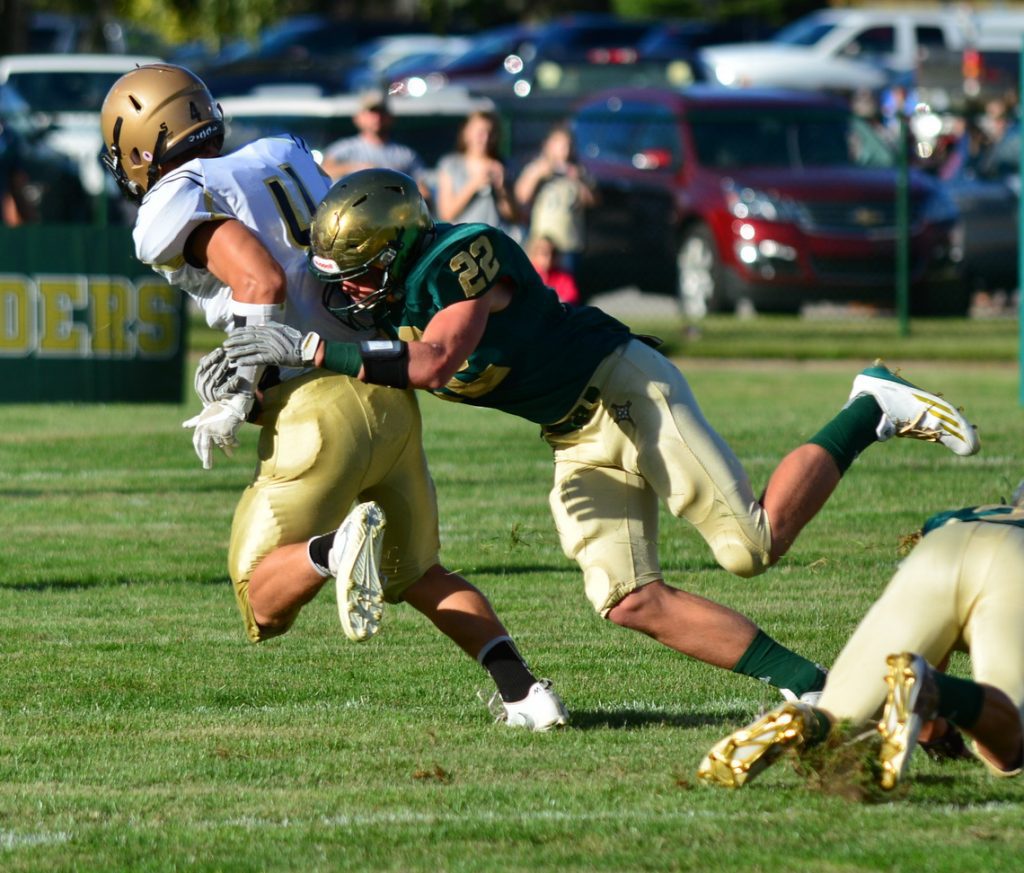 MCC capped their scoring with 9:27 to play in the third quarter when Bordeaux launched a perfect pass down the sideline, hitting Walker Christoffersen in stride for a 45-yard touchdown.

The Saints finally broke through the Crusader defense with 5:49 remaining in the game on a 14-yard pass from Steve Seccia to LaVake.

“Our defense played very good,” Czerwon said. “We were real close to a shutout against a really good team, a team that’s going to score a lot of points this year.

“We’d like to get off the field a little more in the second half than we did, and they were able to get a few first downs at the end, but they only had eight first downs total and three of them were on penalties.

“We got what we expected from them. In some instances, you’re just trying to line up and see if you can play more power football than they can.” 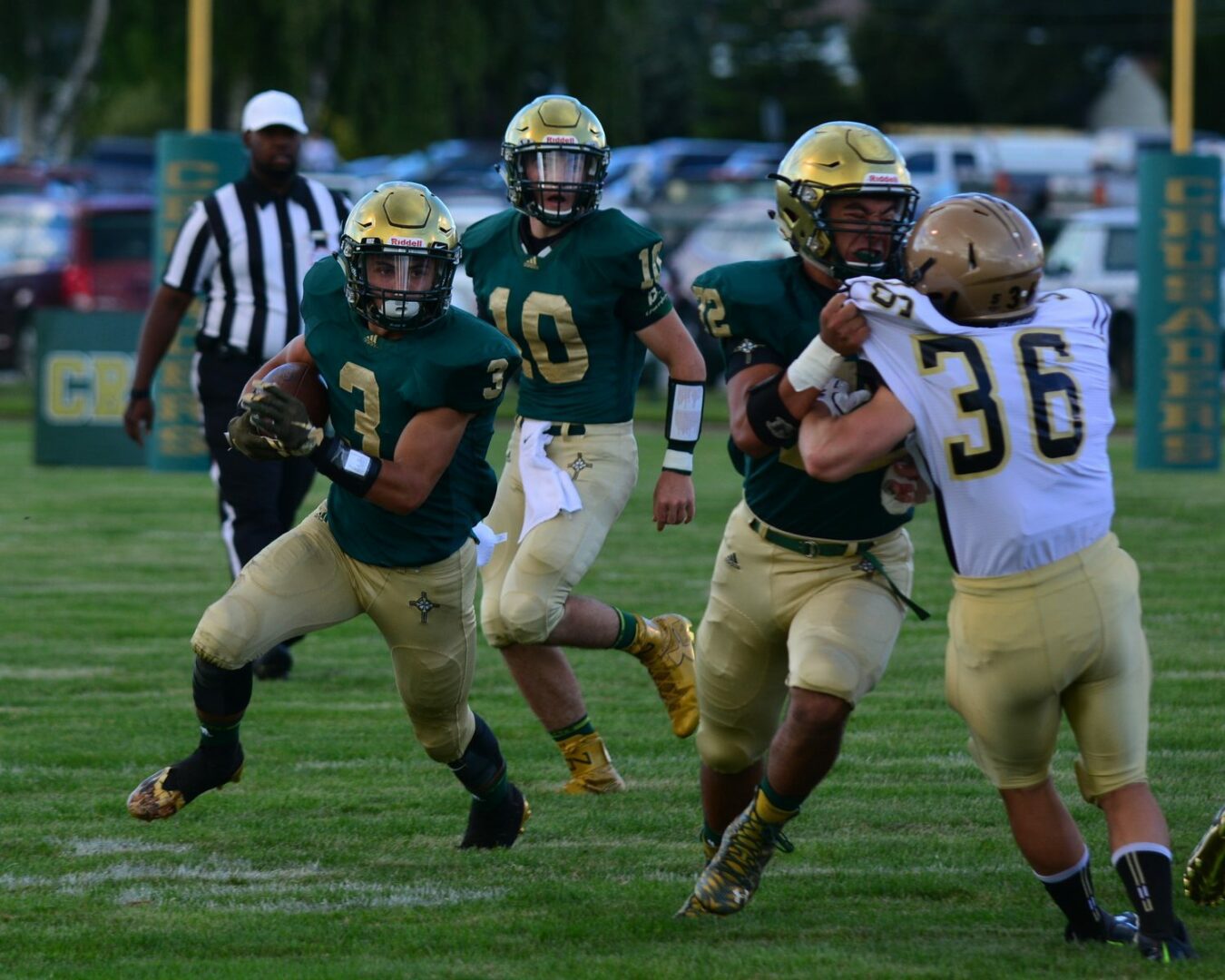 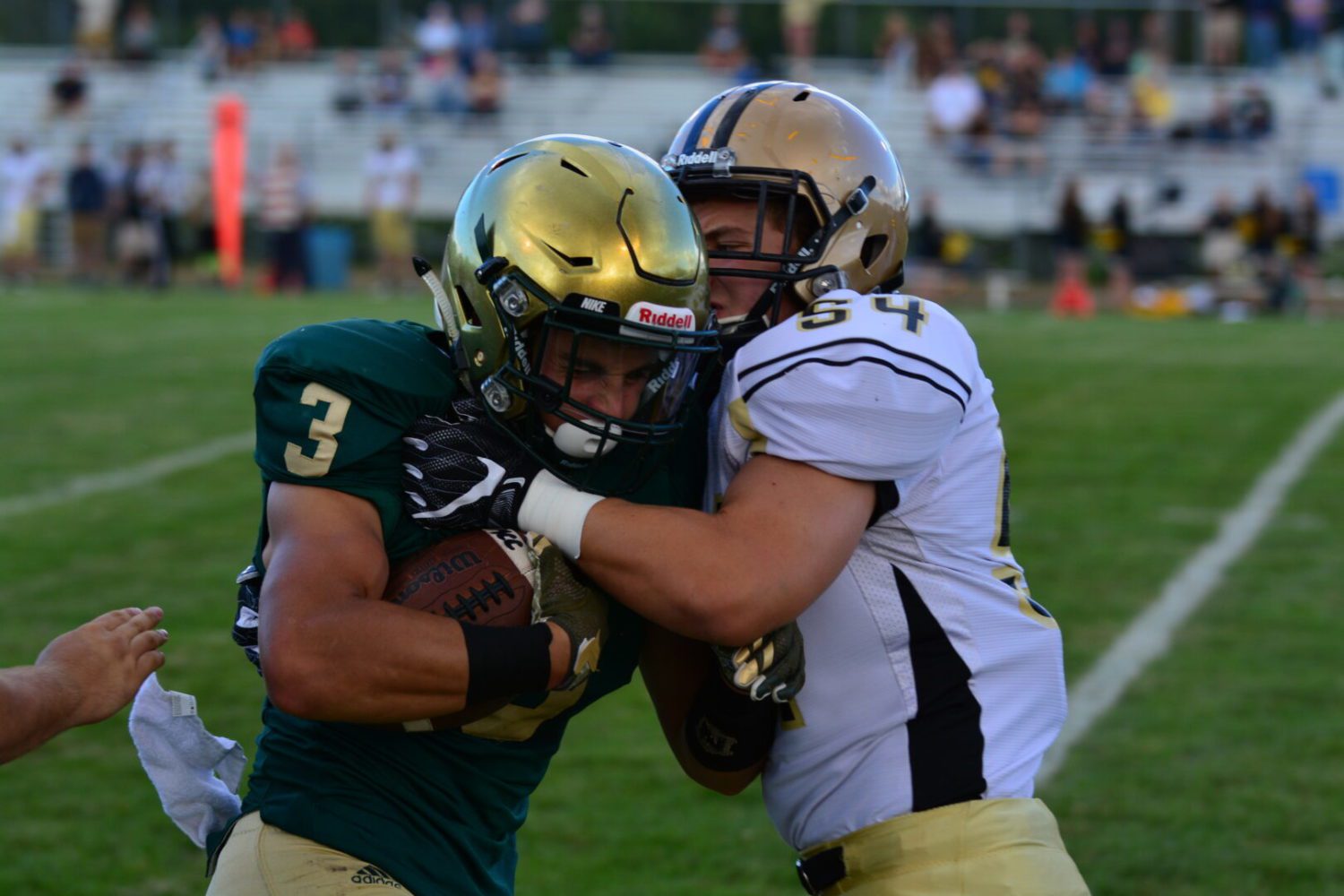 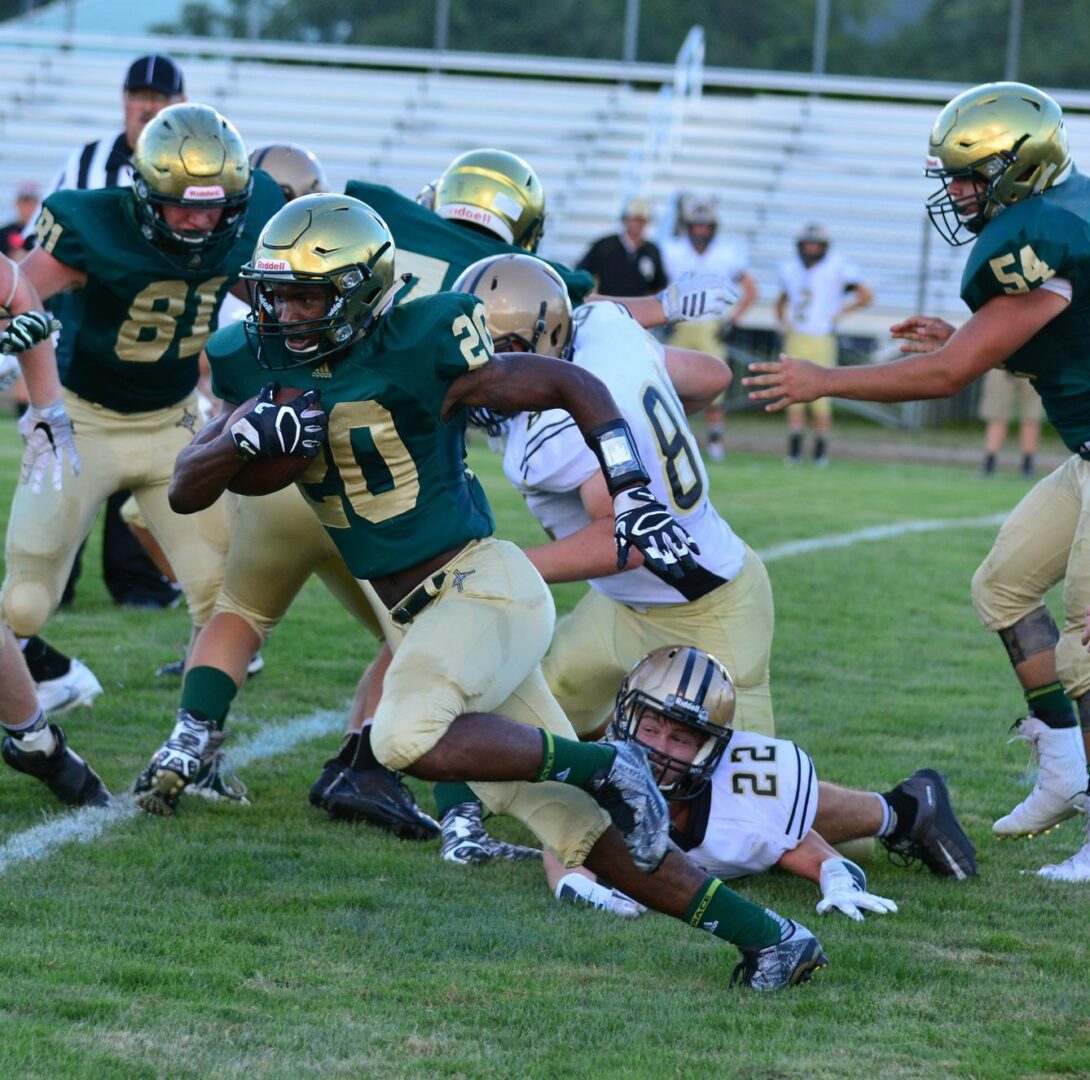 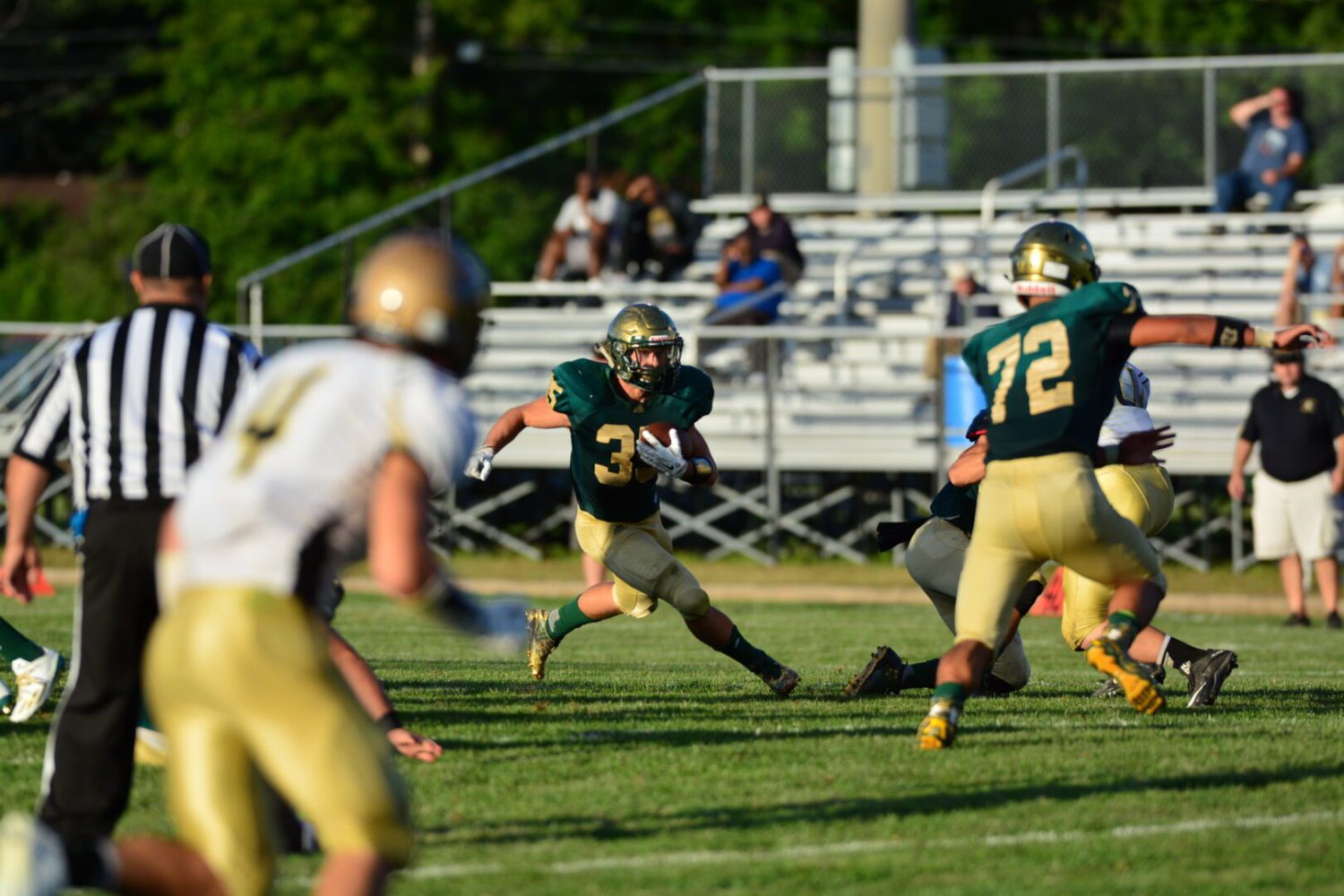 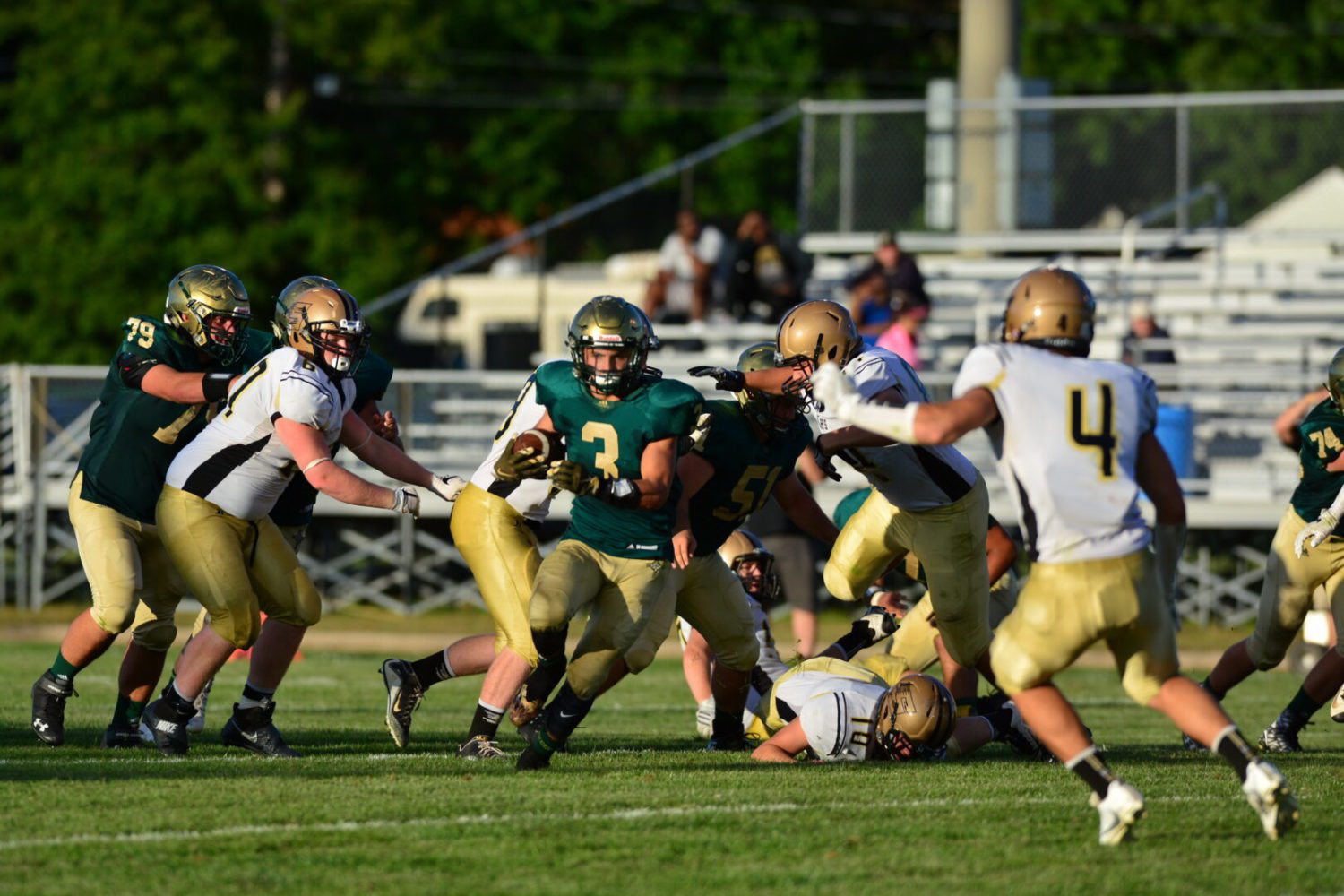 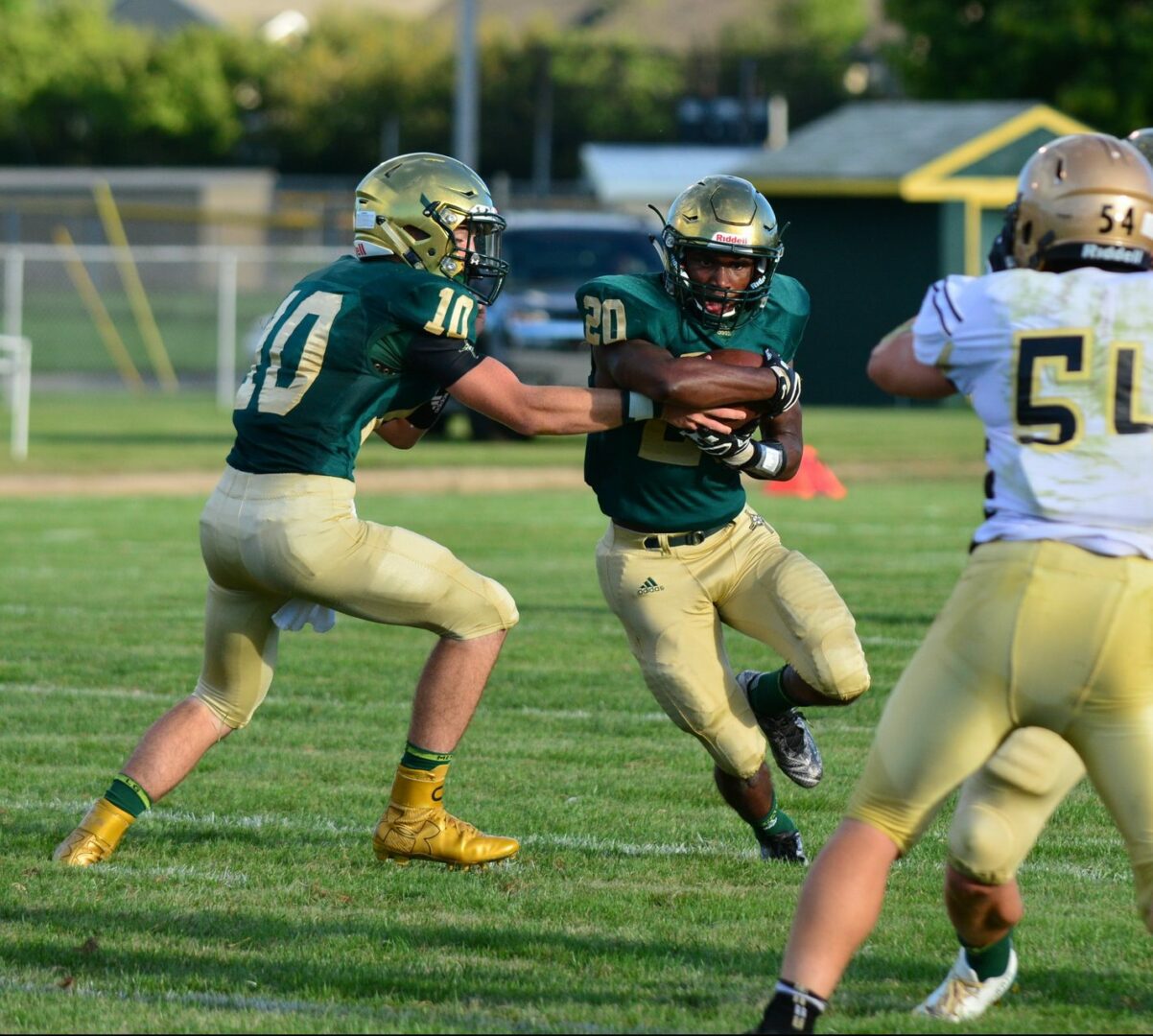 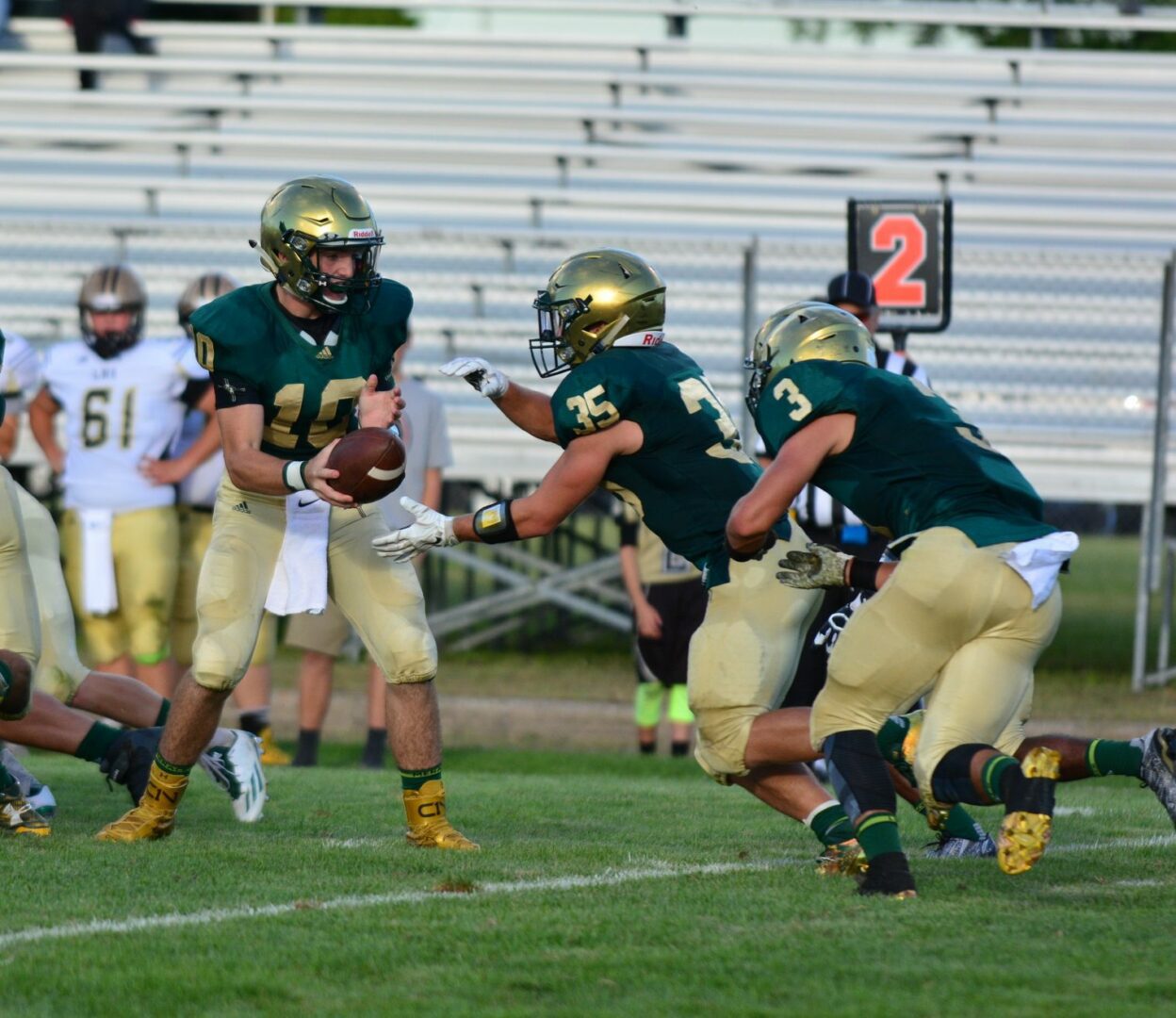 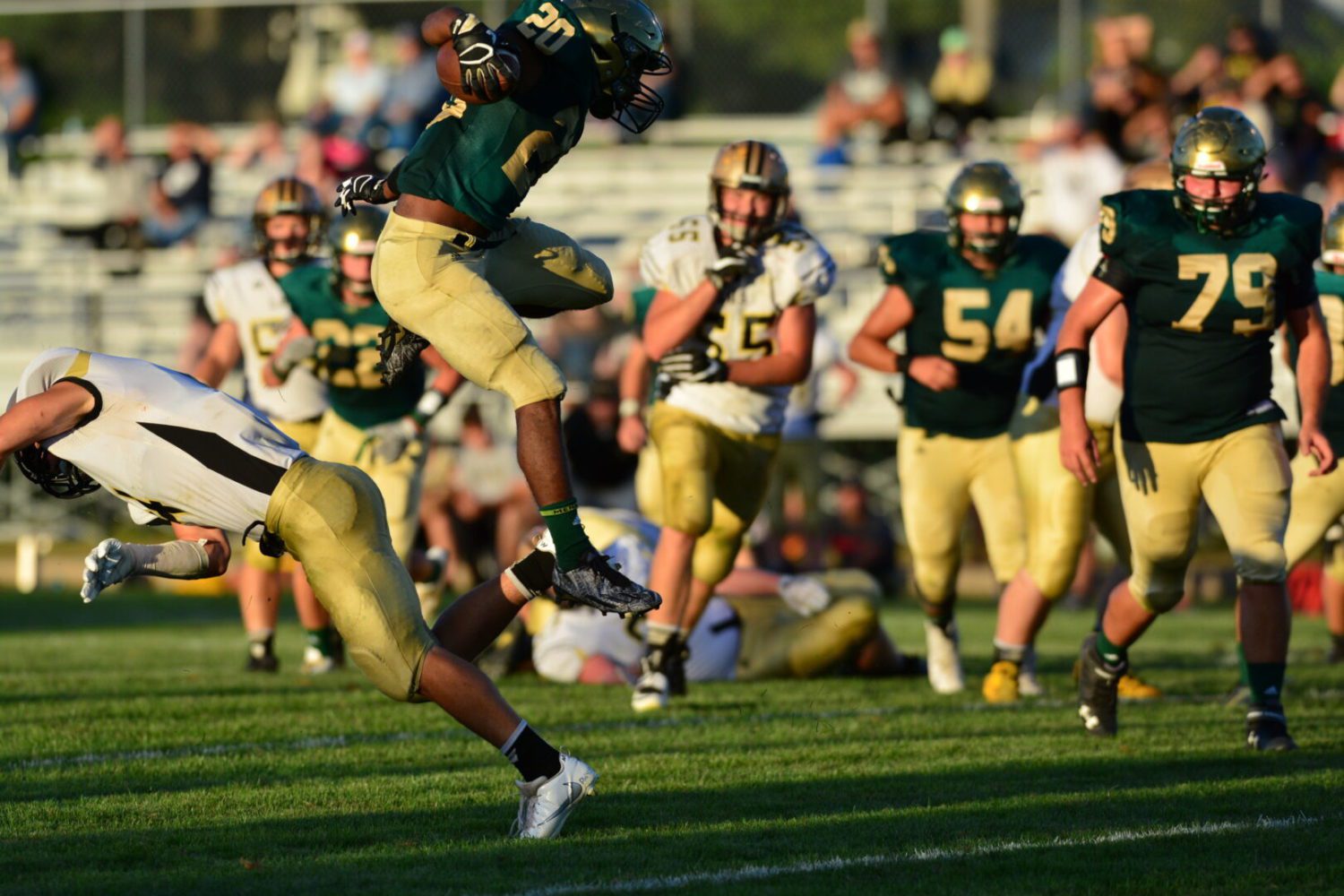 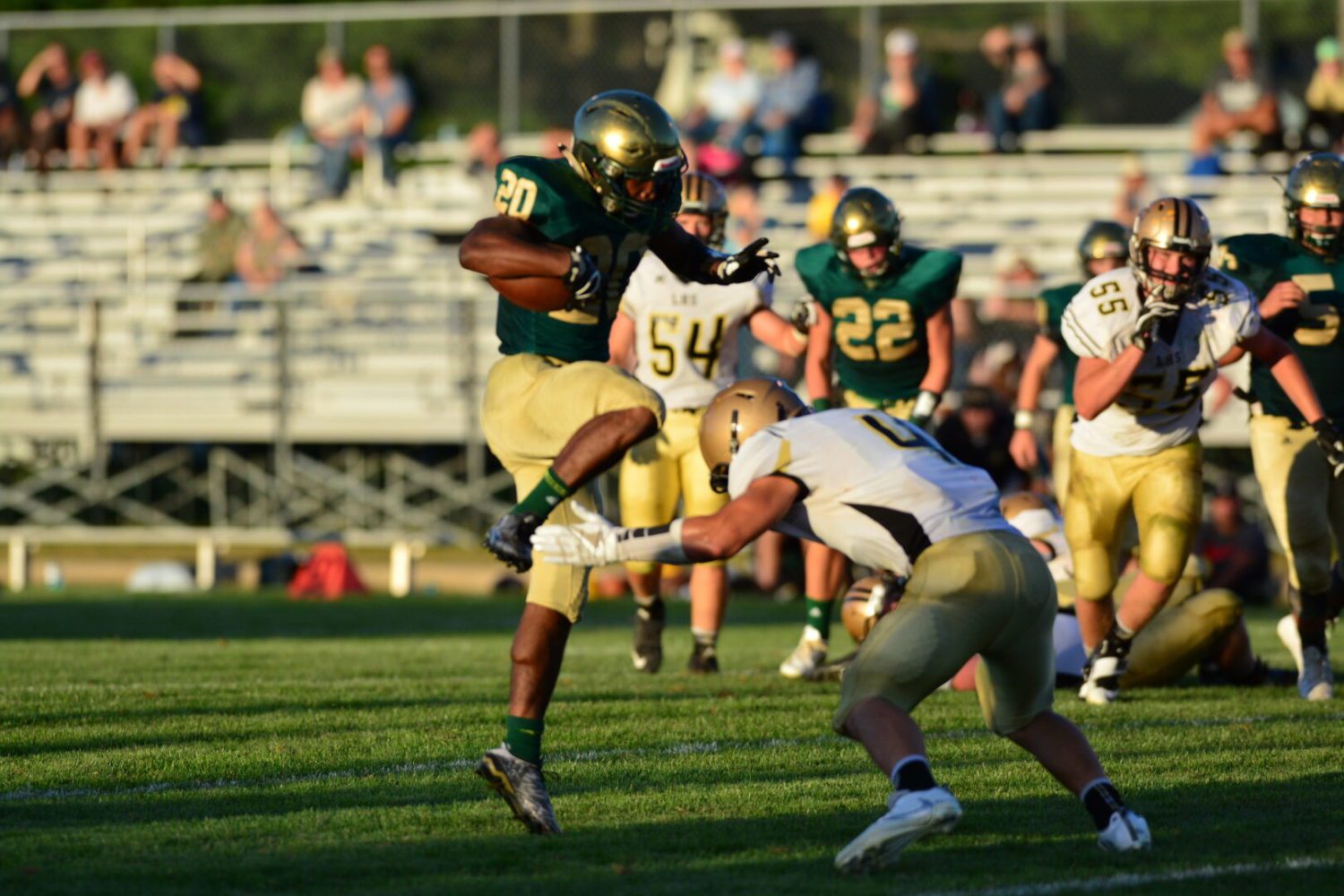 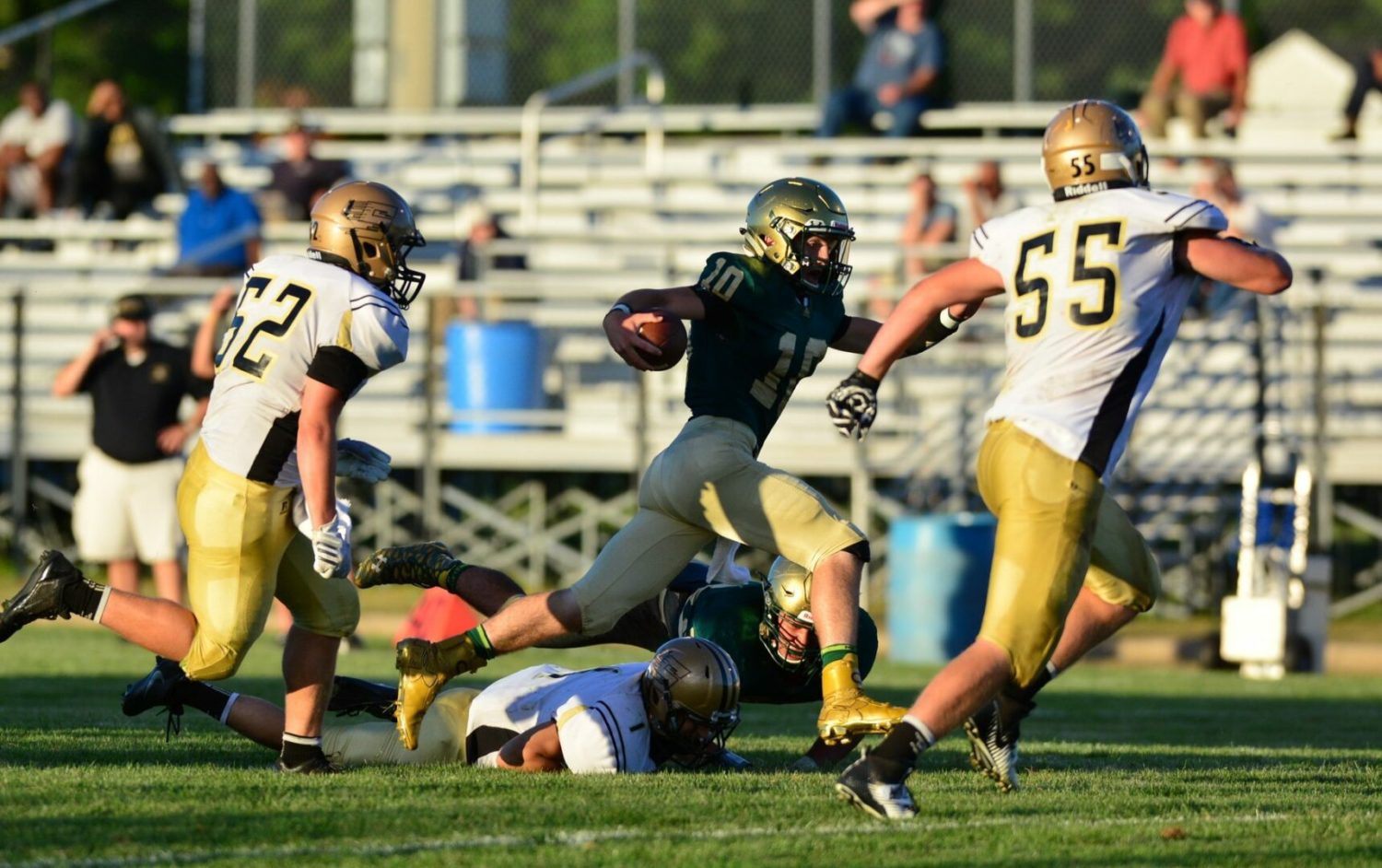 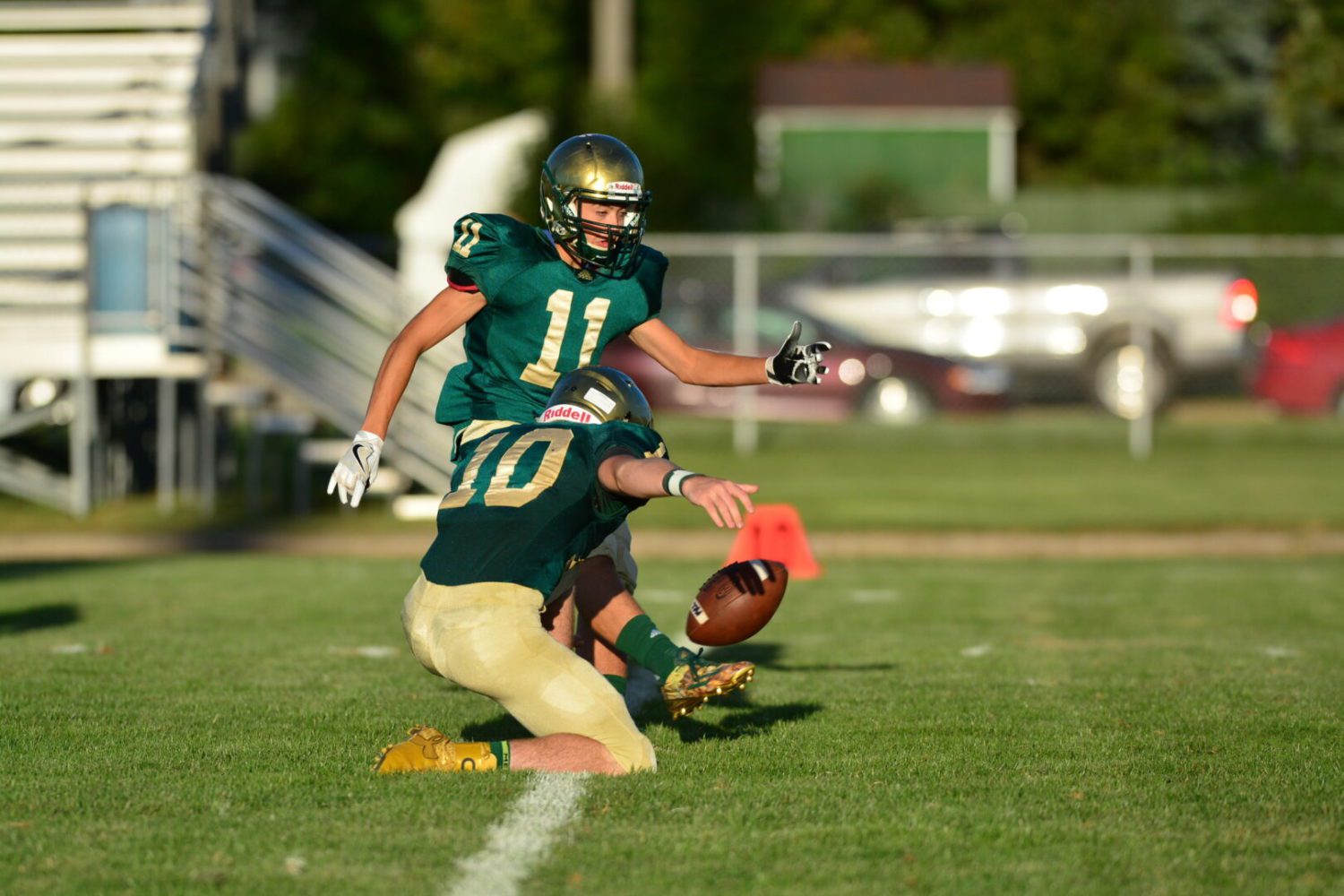 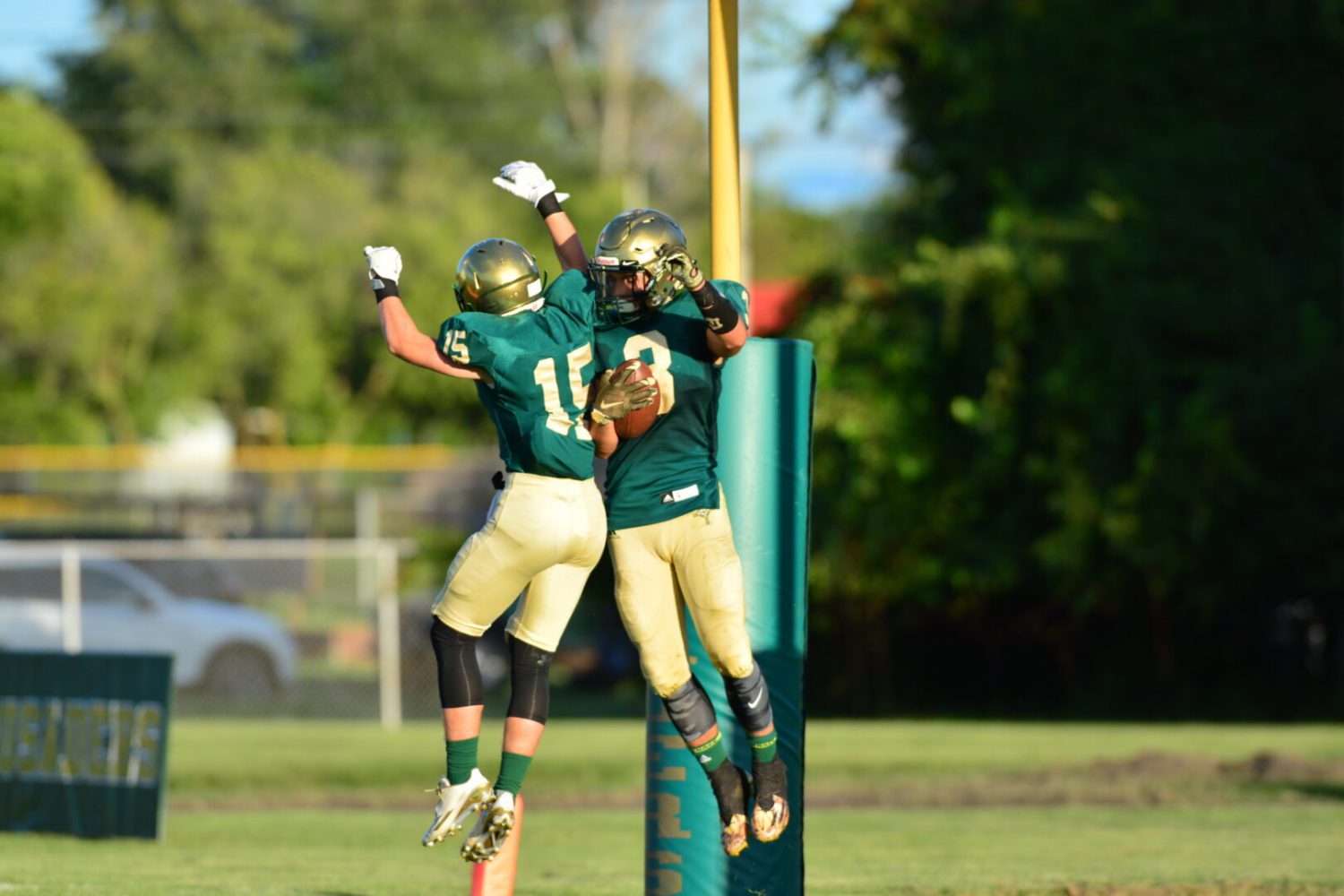