MUSKEGON – Friday night’s game between Reeths-Puffer and Jenison will go down as an instant classic – at least from Jenison’s perspective.

The teams battled through wet conditions all night and the contest wasn’t decided until the final play, when Jenison managed to preserve an 11-8 victory in a key O-K Black Conference game.

With just 10 seconds remaining, the Rockets had the ball on the Wildcats’ 1-yard line and time for one last play that could have won the game.

Nate McCrary got the ball on a handoff, powered ahead and appeared to cross the goal line. The referees saw otherwise and McCrary was marked down just shy of the end zone.

The final seconds ticked off the clock and the Rockets were left shocked on Homecoming night.

“My player said he was in,” said Reeths-Puffer head coach Kyle Jewett. “I’ll have to see it on film, but I trust my players.” 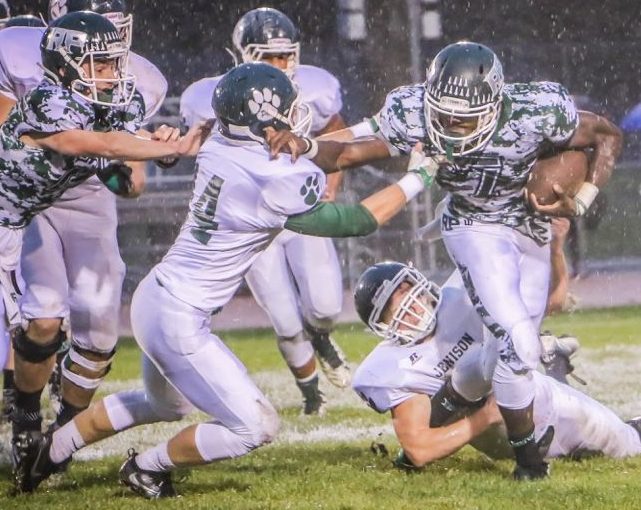 The final scoring attempt was set up by a quick drive down the field by the Rockets’ offense.

Reeths-Puffer took over at its own 25-yard line with 1:45 to play and no timeouts. Quarterback Blake Ross found Carter Fulton for two first down catches to put the Rockets at the Jenison 49 with 1:18 to play.

McCrary then broke loose for an impressive 46-yard run to put his team at the 3-yard line. He started out running right toward the Jenison sideline, then reversed direction, crossed the field, and ran up the opposite sideline for the huge gain.

Two runs that failed to find the end zone, two spiked passes and two Jenison penalties set the Rockets up for their final play.

Jewett said he opted for the touchdown attempt over a game-tying field goal attempt due to the conditions and the reliability of his offense.

“By now the ball is water logged,” he said. “We’ve been in this situation before and our offense has always come through.”

Reeths-Puffer opened the scoring with a 56-yard touchdown run by McCrary just before halftime. McCrary added a successful run on the conversion try, giving R-P an 8-0 lead. 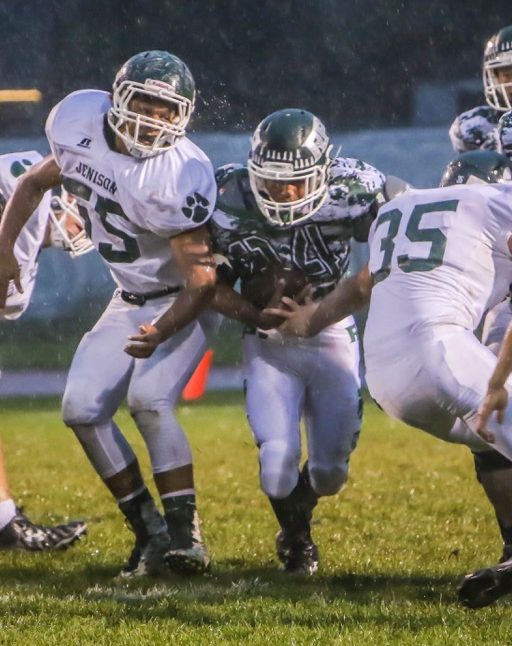 Jenison tied the game 8-8 on a one-yard touchdown run by Blake Snyder with 4:14 left in the third quarter.

Jenison took its final lead on a 21-yard field goal by Alex Krombeen. The attempt was set up by a strange sequence of events that ended in a blocked punt.

The Rockets got off a good punt that would have given Jenison the ball at its own 35. But the ball hit a Reeths-Puffer player in the helmet before it was caught by the Wildcat kick returner. That resulted in a 15-yard penalty and a re-kick.

The second punt attempt was blocked and the Wildcats recovered at the Rocket five, but ended up settling for the field goal after the Rocket defense kept them out of the end zone.

But the field goal gave the visitors and 11-8 lead, which turned out to be enough to preserve the victory.

The Reeths-Puffer defense was dominant all game, allowing just 46 yards in the first half. Nate Veihl led the effort with 14 tackles. McCrary was the star on offense for Reeths-Puffer, totaling 168 yards on the ground and a touchdown. Fulton had 26 receiving yards while Ross was 4-for-9 through the for 30 yards through the air. 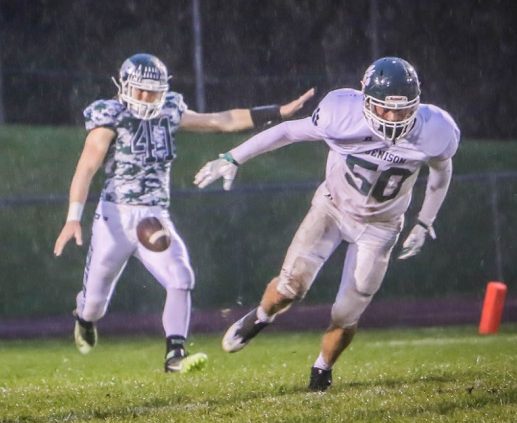 Reeths-Puffers Taylor Skinner gets ready for the punt. Photo/Joe Lane 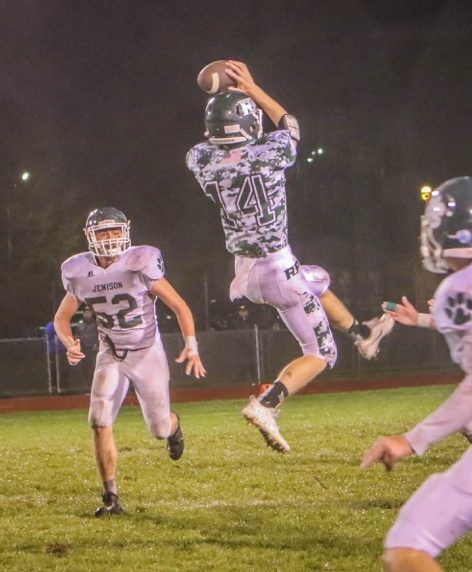 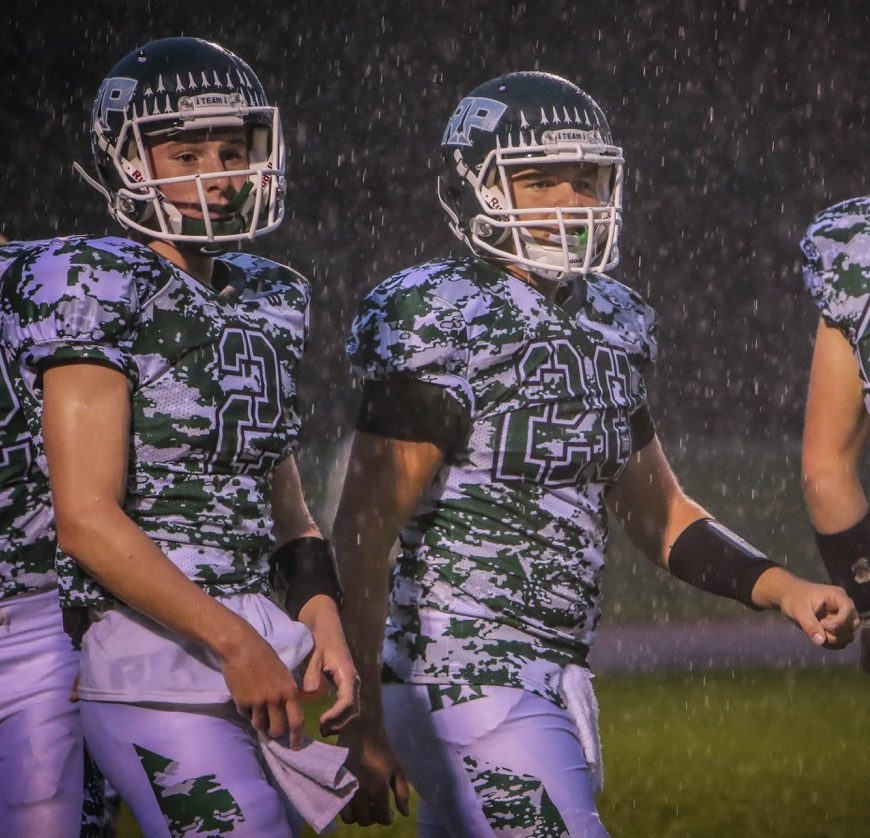 No. 2 Collin Houseman and No. 28 Trent Kovalcik prepare for a Reeths-Puffer play at the line. Photo/Joe Lane

Fruitport puts it all together, defeats Western Michigan Christian 3-1 in soccer