TWIN LAKE – For the past nine years, Mona Shores has owned the championship at the Greater Muskegon Athletic Association Girls City Golf Tournament.

But that era has finally come to an end. 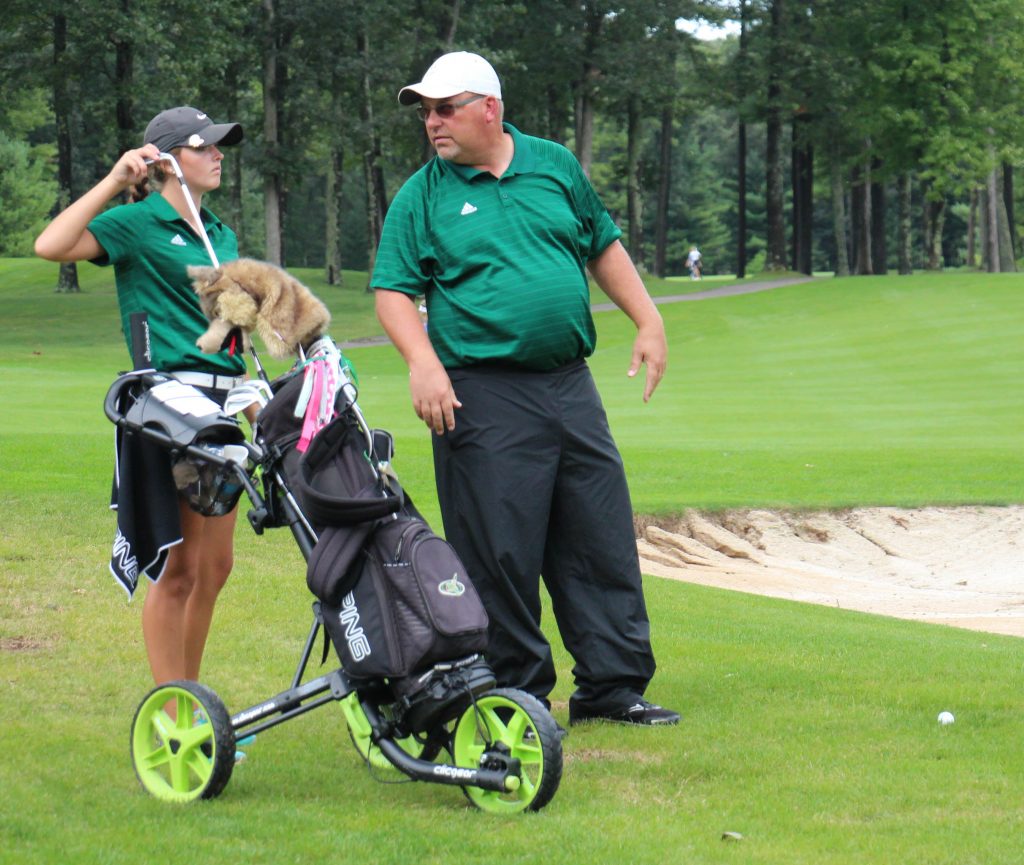 Reeths-Puffer had four golfers in the top 11 of the tournament, including the champion and runner-up. It was the first city tournament championship in the history of the Reeths-Puffer program.

“I had let the girls know that the team had never won a city tournament,” said Reeths-Puffer Coach Chris Carter. “Some of the parents were worried that I told them that, because of the pressure. But I let the girls know and they responded. This is a different group of kids.

“We can achieve things that Reeths-Puffer golf has never done before. Winning city was a big goal for our team and we want to win our conference. In 19 years Reeths-Puffer has only made the state tournament one time. We have hopes of winning regionals and getting to state this year.”

While Reeths-Puffer won the team competition with ease, there was no shortage of excitement in the dual for the individual tournament title, between two R-P players.

Defending champion Karina VanDuinen and teammate Avery Howard were tied for first place with identical scores of 82 after 18 holes. It came down to a playoff on the ninth hole of the course. 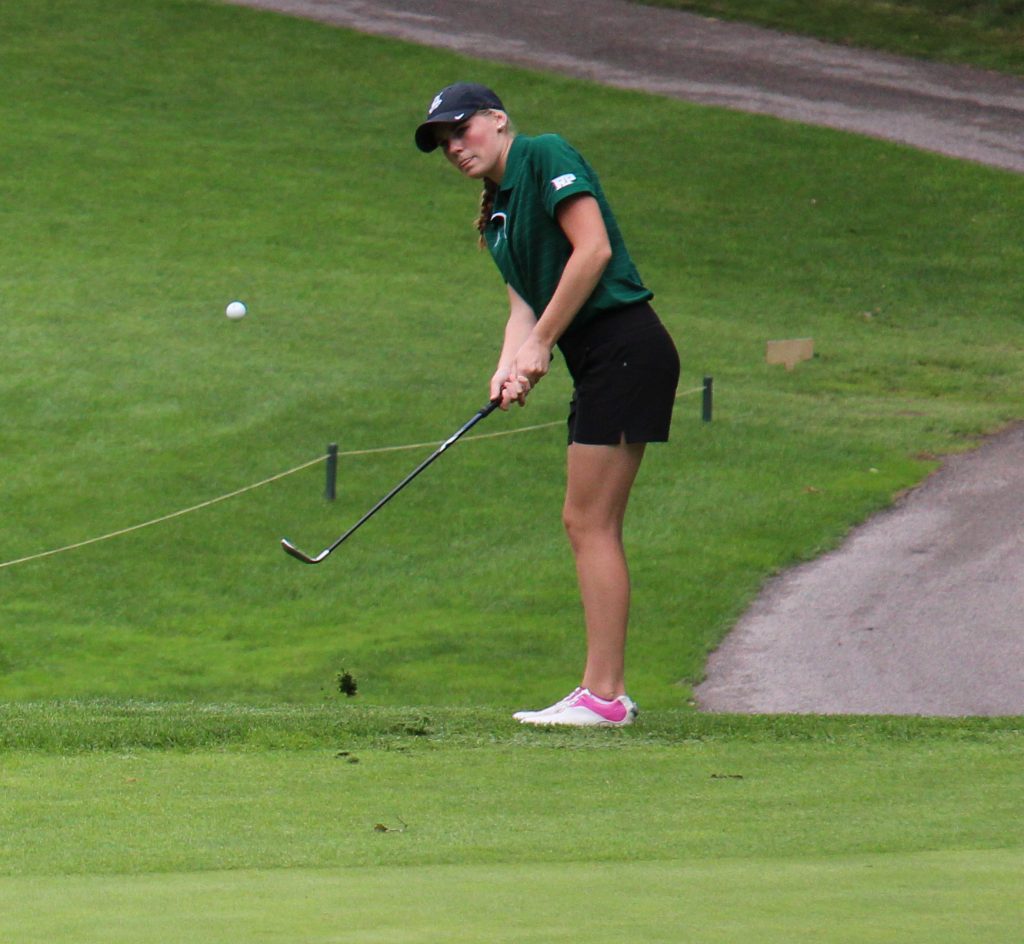 VanDuinen shot par, Howard was one over, so VanDuinen kept the championship for another year.

“I wished it wasn’t against my own teammate, but I knew I had to win it because I did it last year,” said VanDuinen, a sophomore who stunned everyone by winning the individual Division 2 state championship last fall as a freshman. “I felt bad because she’s my really good friend. but I had to win.”

Despite all of her prior success, VanDuinen admitted she was nervous during the one-hole playoff.

“After I hit my drive, I was kind of nervous,” she said. “But I kept together pretty good. That was probably my best hole I played all day.” 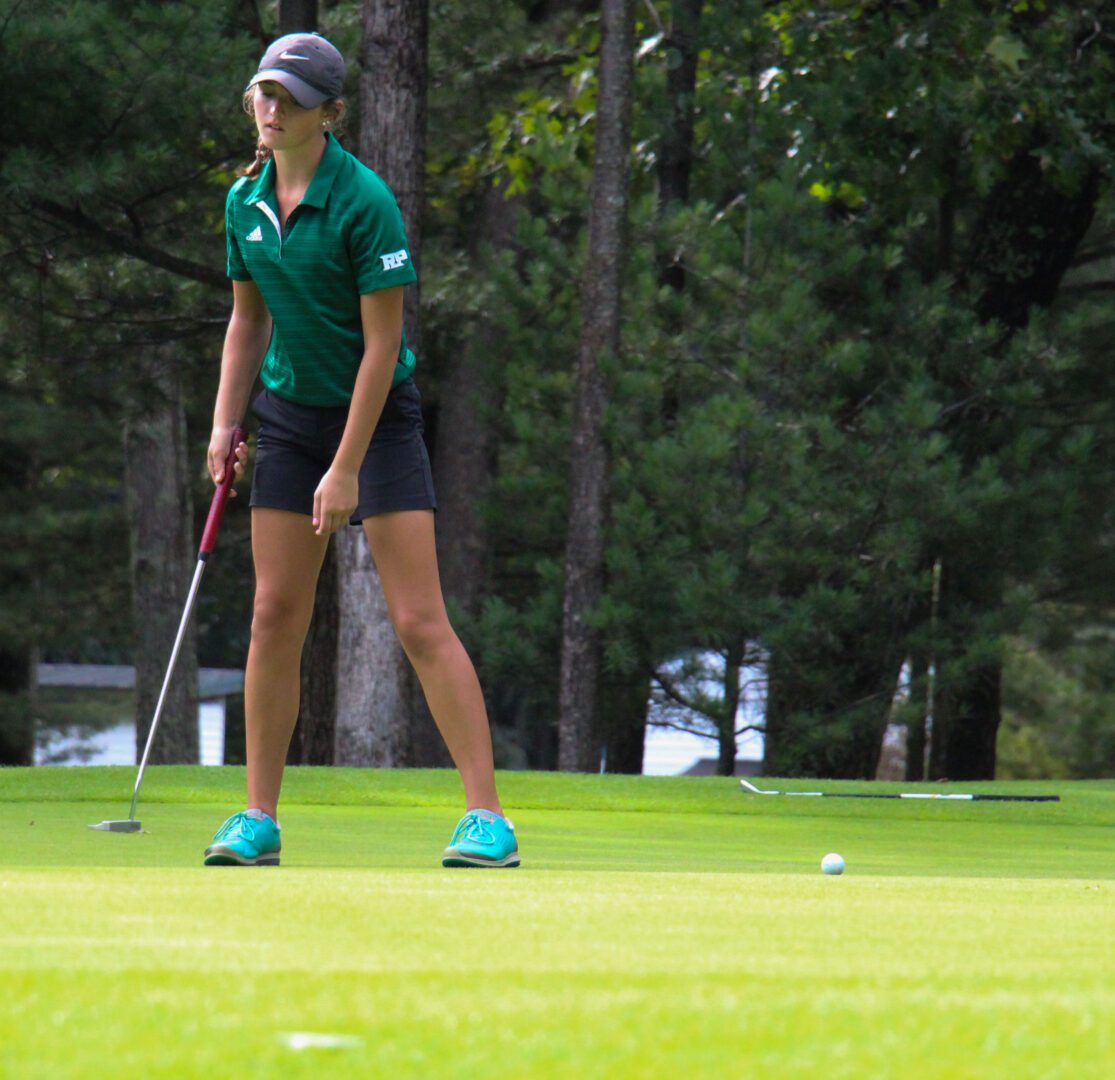 Karina VanDuinen reacts after missing a key put on the 18th green that forced a playoff. Photo/Jason Goorman 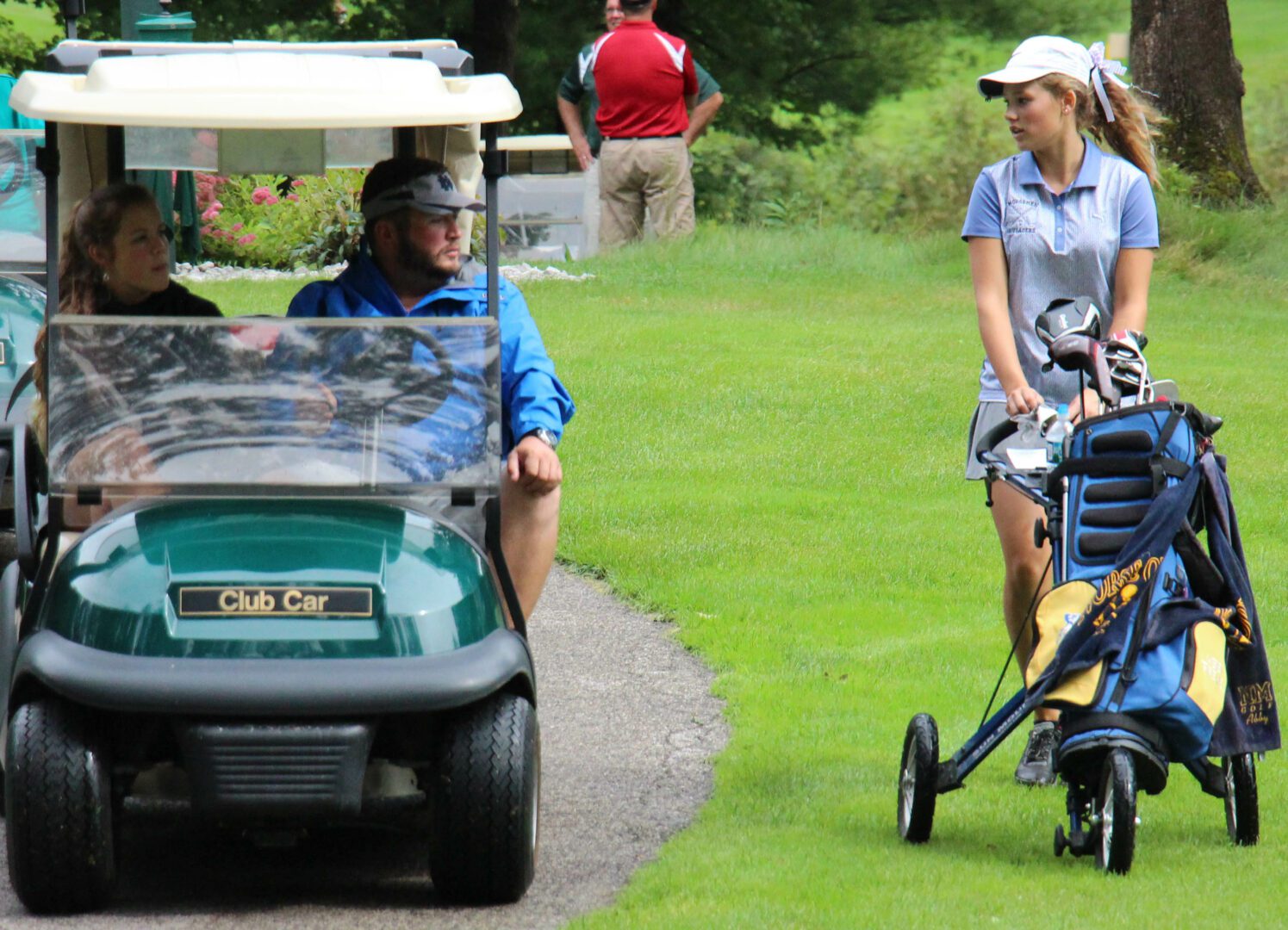 Abby Grevel talks with her coach between the eighth and ninth hole on Wednesday. Photo/Jason Goorman 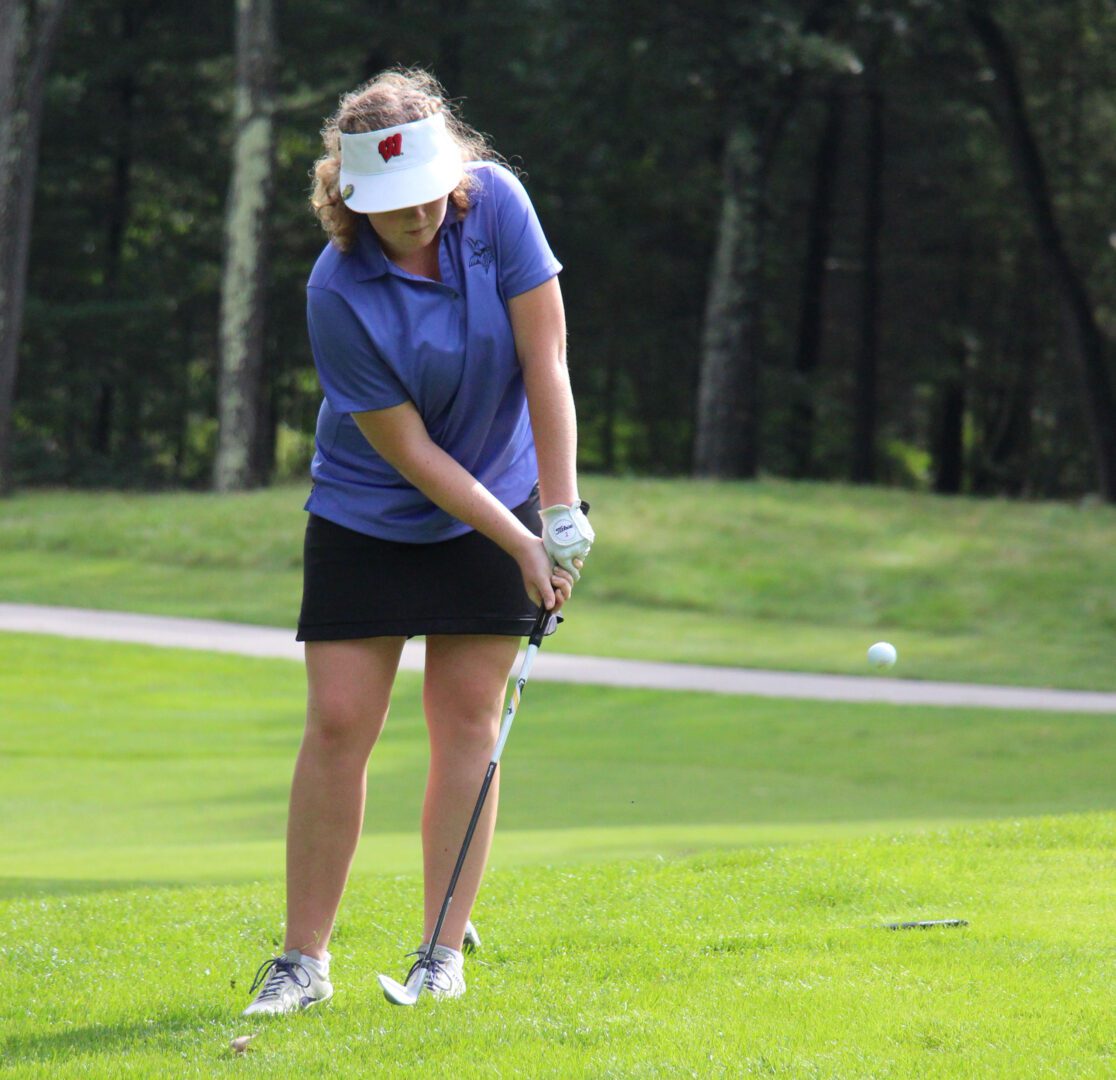 Taylor Mikkelson on the chip shot for Whitehall. Photo/Jason Goorman