Last week’s North Muskegon-Oakridge soccer showdown was suspended late in the first half, due to lightning, with no score.

But that didn’t last long on Monday night when the game was continued with about 5 ½ minutes left in the first half.

North Muskegon senior Justice Sikkema scored two goals in the first three minutes of play, leading to a 3-1 victory for the Norse at Oakridge High School.

The Norse improved to 7-0 on the season and 3-0 in the West Michigan Conference. Oakridge, which also came into the contest undefeated, fell to 5-1 overall and 2-1 in the conference.

Oakridge got a goal from Cruz Rodriguez early in the second half, making the score 2-1.

But Sikkema scored his third goal on a free kick about midway through the second half, giving North Muskegon its final margin of victory.

Dylan Hoffman and Brighton Schofield had single assists for the Norse, while goalies Zach Massey and Ian Collins combined to stop eight shots.

The Norse outshot the Eagles 9-4. 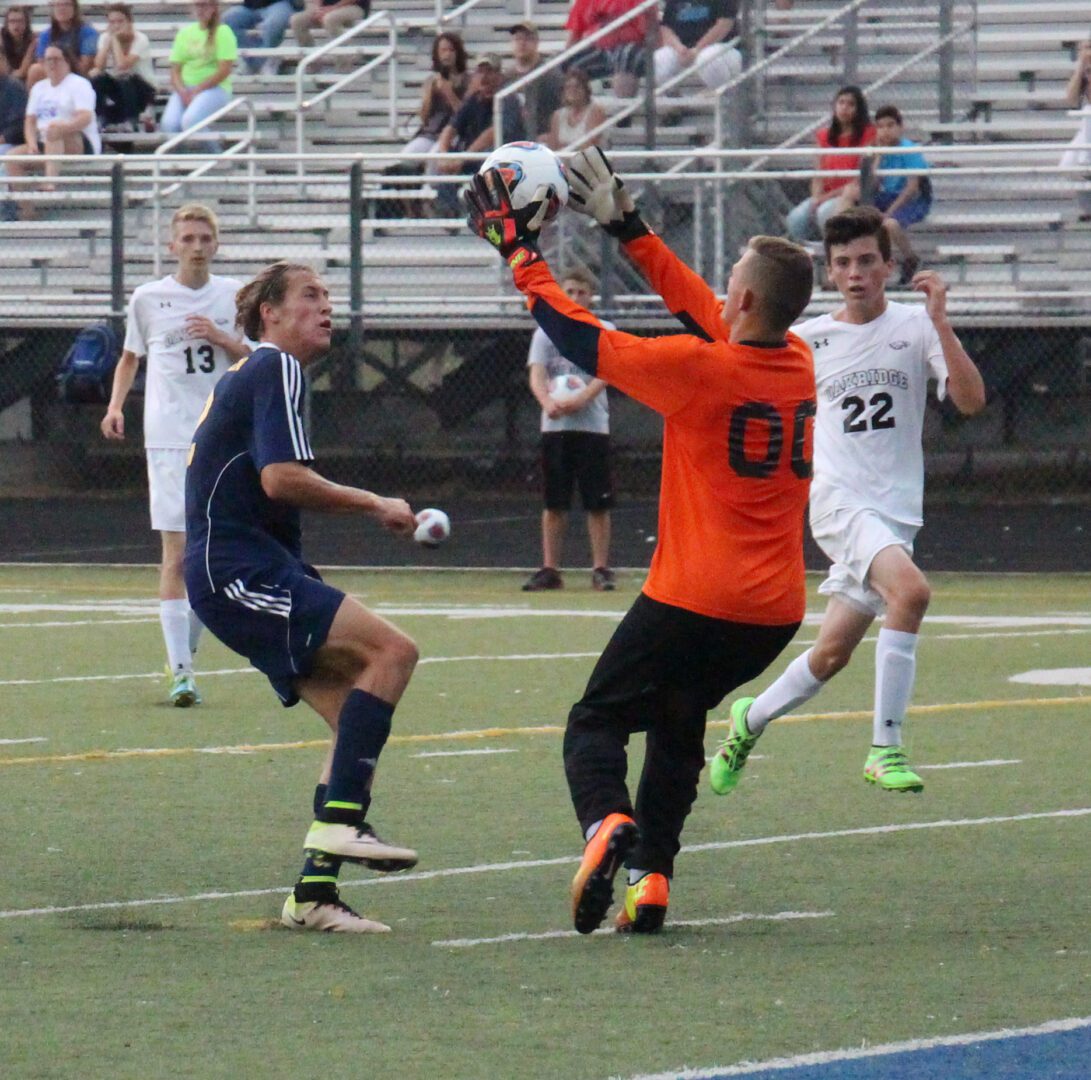 North Muskegon forward Justice Sikkema gets too close to Oakridge goalie Bradley Jones just before they collided during action last week before the contest was rained out. Sikkema received a yellow card on the play. 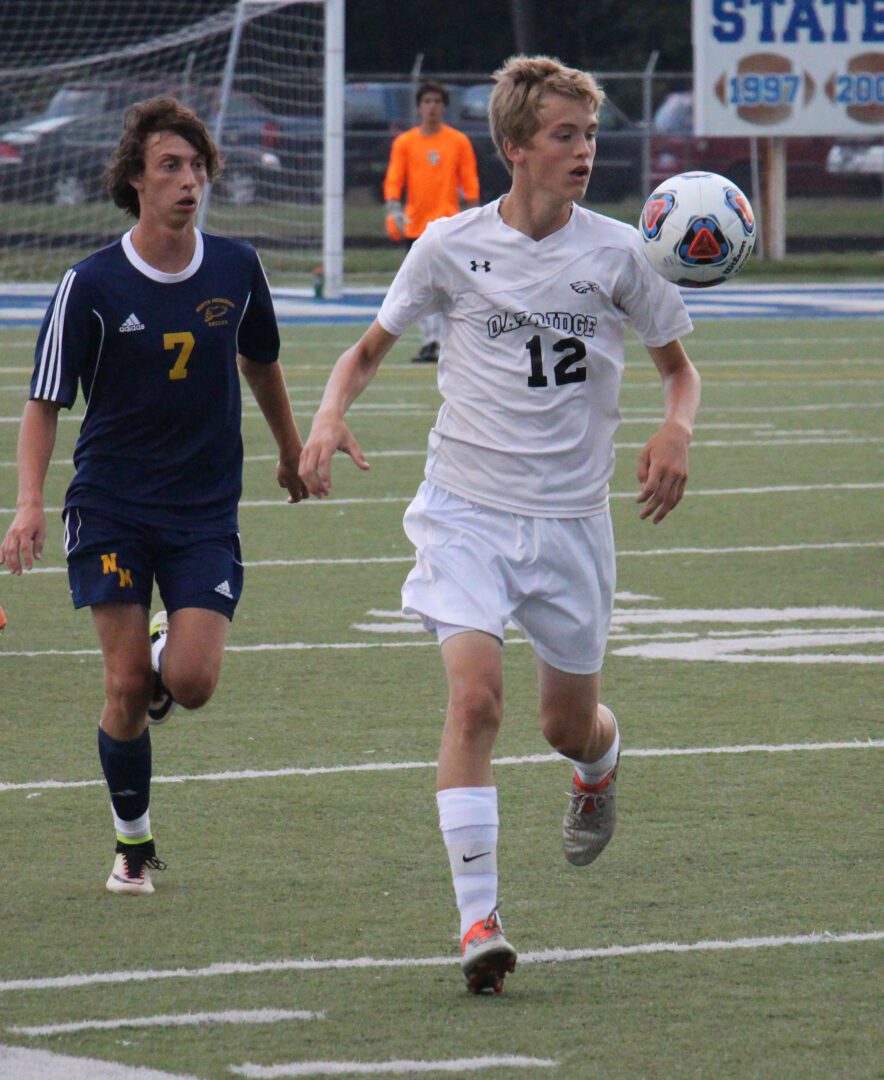