Whitecaps stay alive with a win over Great Lakes, face another must win on Tuesday

COMSTOCK PARK – Resilience has been a theme for the West Michigan Whitecaps in this year’s Midwest League playoffs.

In their first-round series against South Bend, the Whitecaps won the first game, lost the second, then won the third and final game to advance to the Eastern Division championship series.

On Sunday they lost the first game of the division title series to the Great Lakes Loons. But on Monday night the Whitecaps stayed alive again, grabbing a 5-3 victory over the Loons in front of a home crowd to tie the series at one game apiece.

Now the Whitecaps will play another winner-take-all game, Tuesday at home, at 6:35 p.m. against the Loons. The survivor will advance to the league championship series, while the loser will be done for the season.

The Whitecaps are vying for their second straight league title.

West Michigan fell behind in the first inning Monday night when Great Lakes scratched across a run. But the Caps rallied in the bottom of the first inning to take a 2-1 lead when Will Allen drove in Brett Pirtle and Will Maddox with an RBI single.

The Whitecaps held on to the lead for the rest of the night. 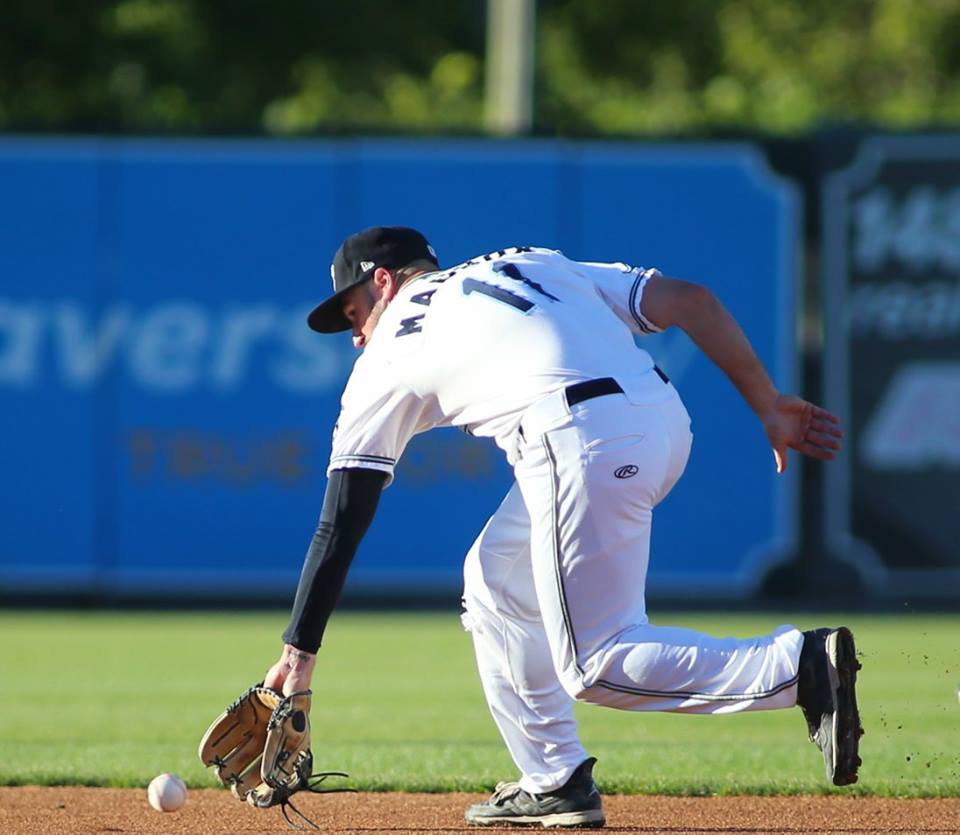 Will Maddox leans over to make the play for West Michigan. Photo/Tom Reynolds

“We had to strike back and that was what changed the momentum of the whole game,” said Whitecaps Manager Andrew Graham. “Us scoring the two runs on their starter put pressure on them and set the tone for the rest of the game.”

While the Whitecaps jumped on Great Lakes starter Victor Gonzalez in the first inning with two runs, it was the second inning that ended the night for Gonzalez.

“We scored three on him in the second inning,” Graham said. “It was key for us to get on their starter because last time he struck us out eight times in five innings.”

Great Lakes scored a pair of runs in the third inning, making the score 5-3, but could get no closer.

Whitecaps starting pitcher Sandy Baez was in control most of the game, tossing 7 2/3 innings while allowing three runs on seven hits. He continually threw fastballs in the upper 90’s past Loon hitters while totaling eight strikeouts.

“He was great, he came out and was throwing hard all game,” said Graham about Baez. “He was probably 96-99 all night. The game sped up on him a little in the third inning but he settled down and cruised the rest of the game.”

Mark Ecker picked up the save with a 1-2-3 ninth inning after Trent Szkutnik got the final out in the eighth inning.

West Michigan was led by Allen offensively with three hits and three RBIs.

In Tuesday’s Game 3, West Michigan will give the ball to its ace, All-Star pitcher Kyle Dowdy.

“He’s been consistent for us all year,” said Graham about Dowdy. “He had 10 wins this season. I’m happy we’re back to our number one starter and we have a great bullpen ready because of Sandy today.” 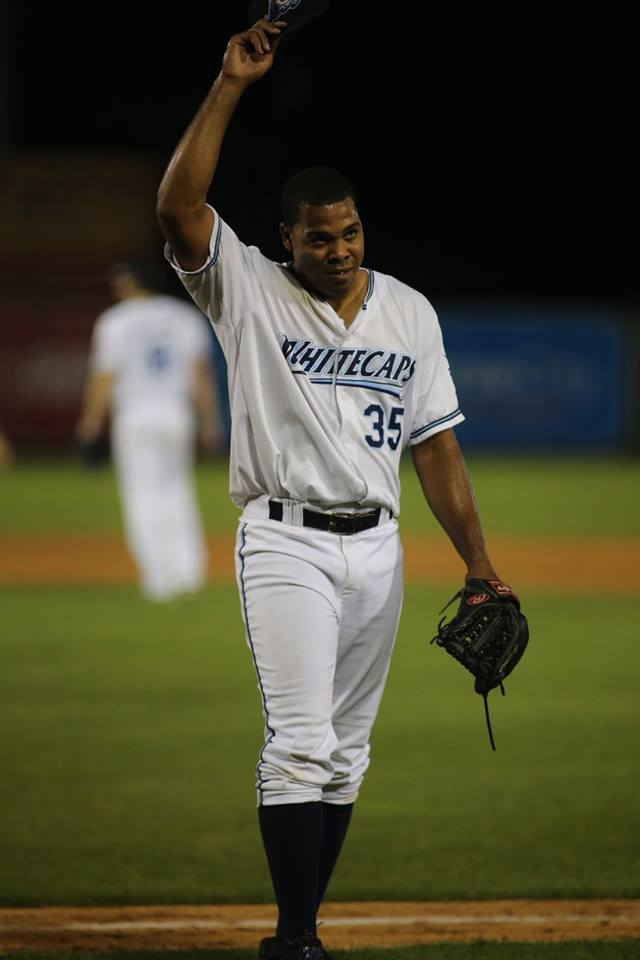 Pitcher Sandy Baez tips his hat to the Whitecaps faithful after a strong performance. Photo/Tom Reynolds 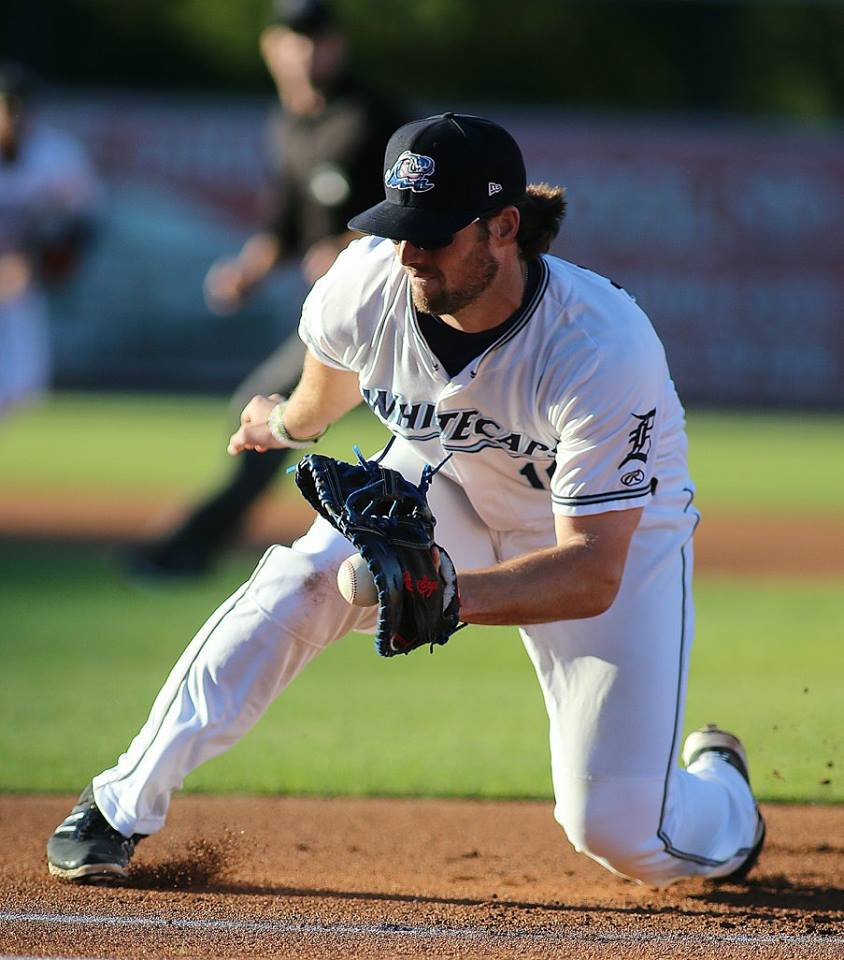 Will Maddox leans over to make the play for West Michigan. Photo/Tom Reynolds 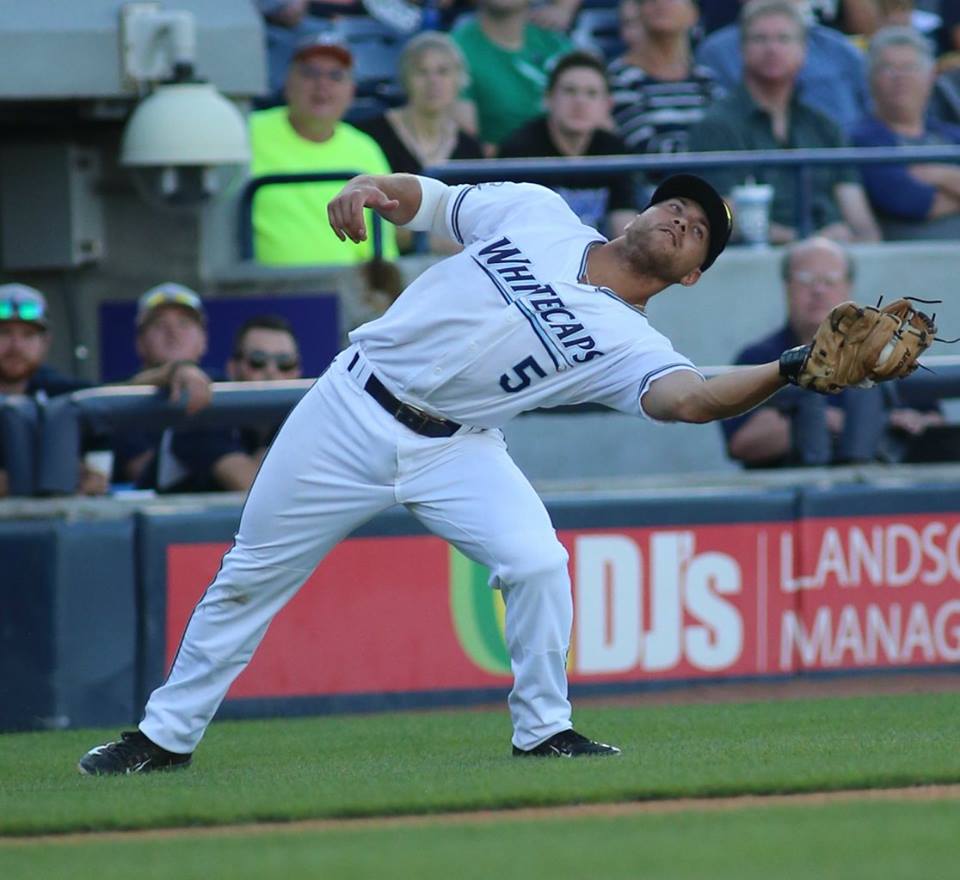 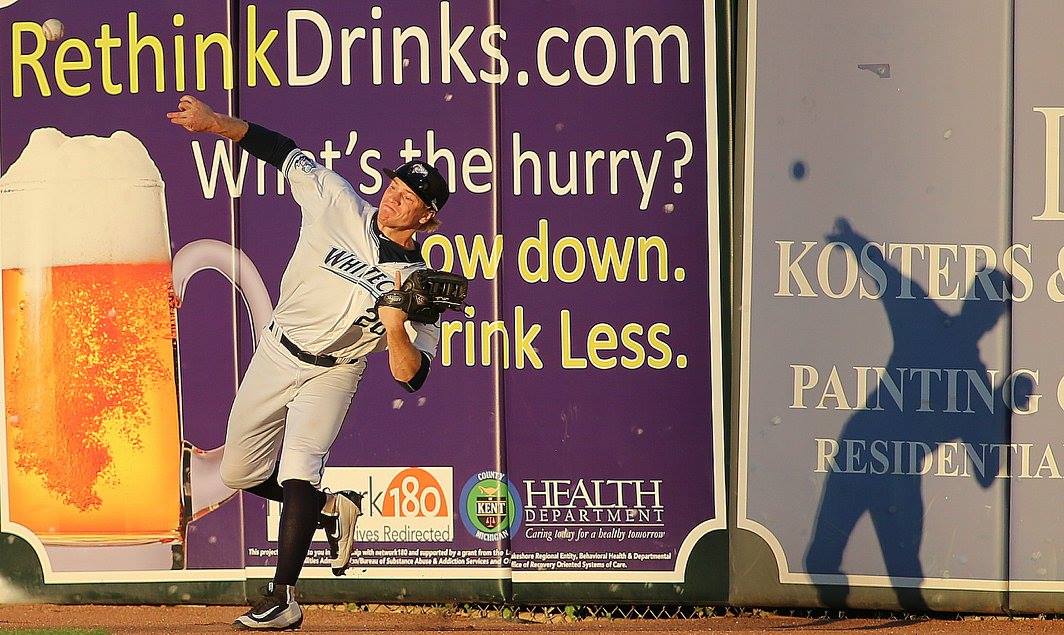 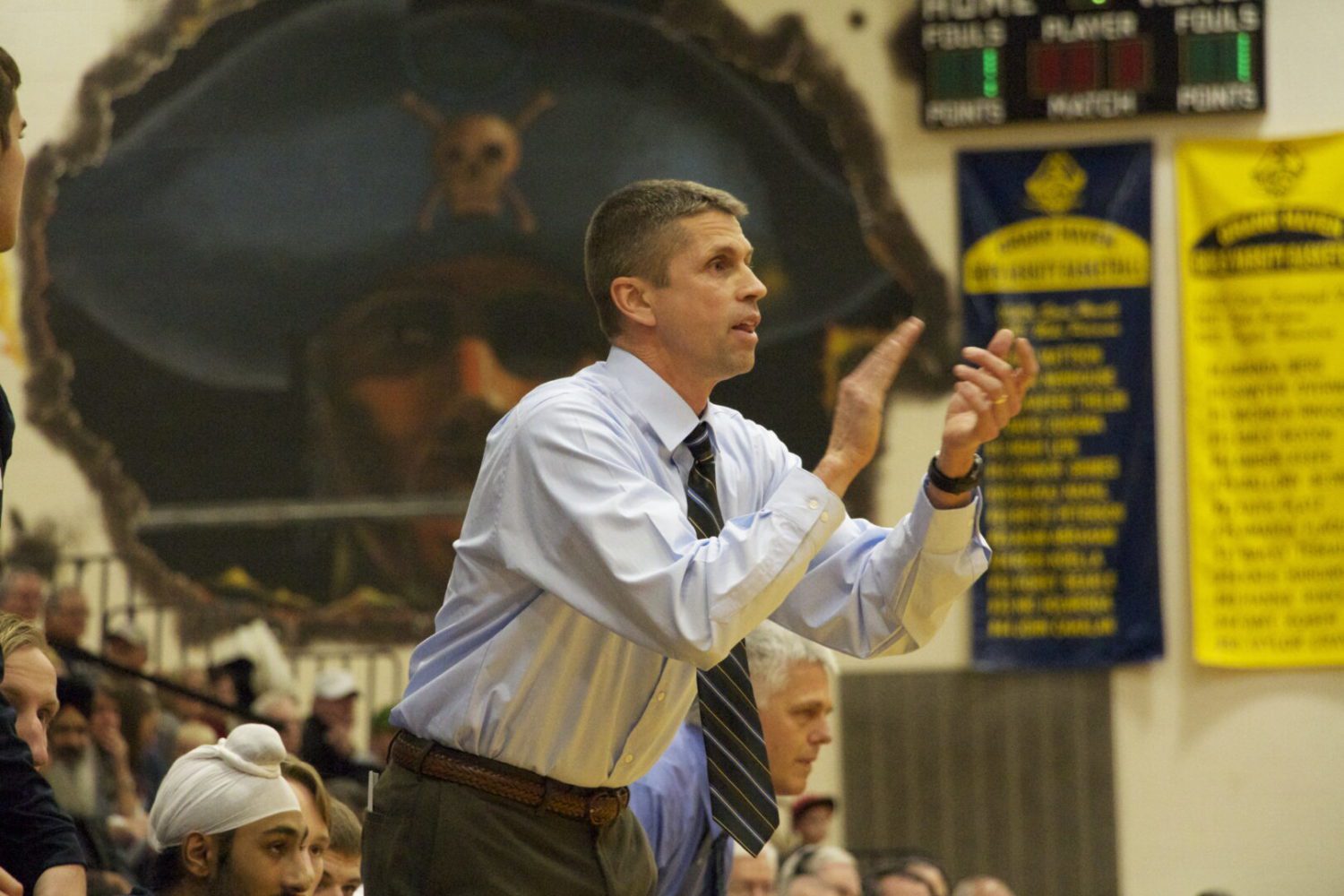