The Western Michigan Christian boys soccer team won its “Warrior Weekend” game on Saturday against Whitehall 3-0 on Saturday in a non-league game.

Tommy Tencate, Evan Fles, and Dylan Mines each scored a goal for the Warriors.

WMC’s Adam Van Hoven earned two assists in the victory while Chandler Briet chipped in with an assist.

The Warriors outshot the Whitehall by a 24-5 margin and are now 8-2 on the season. 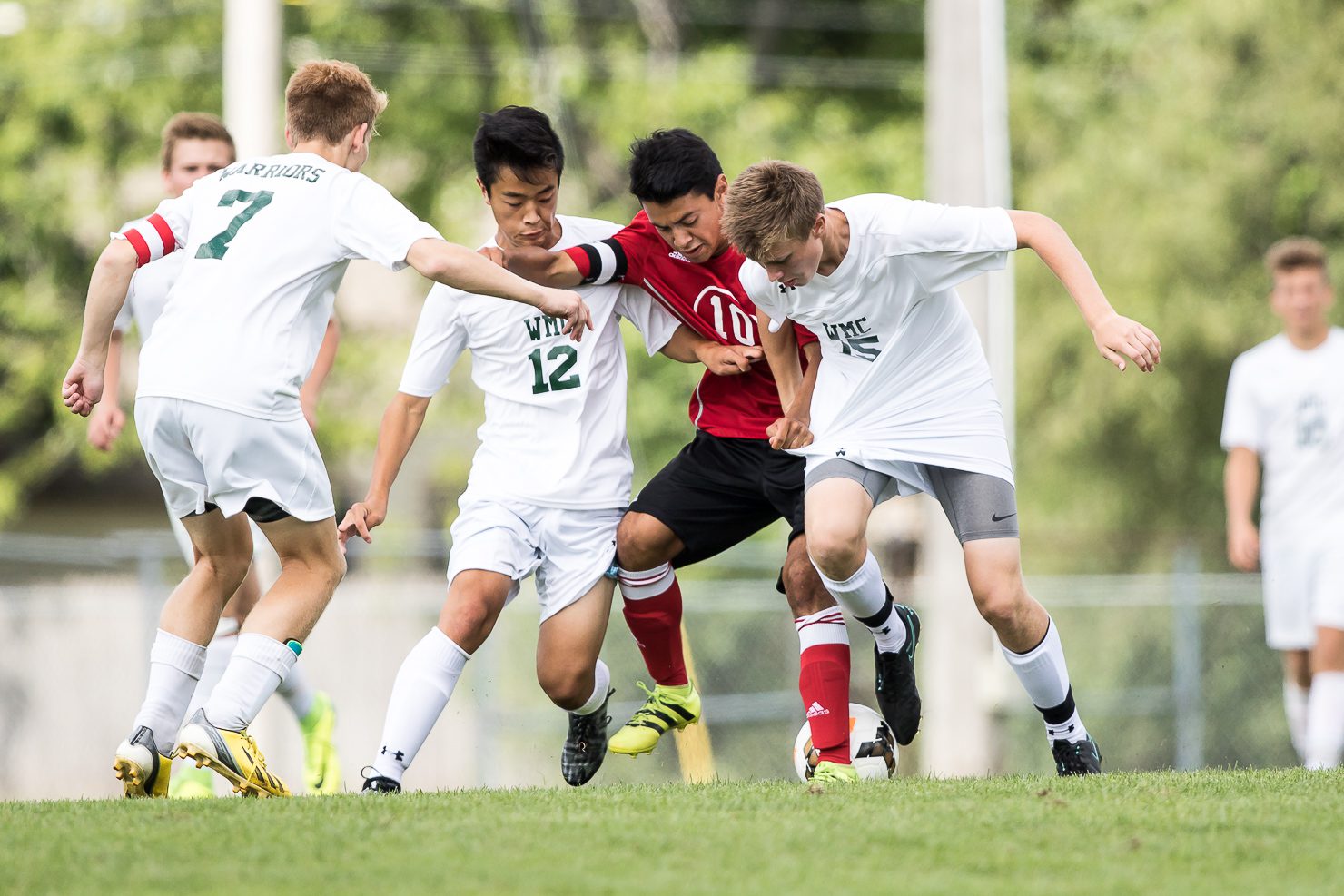 WMCs No. 12 Josh Paquin, No. 15 Tommy TenCate fight for the loose ball against Whitehalls No. 10 Joshua Gonzalez. Photo/Randy Riksen 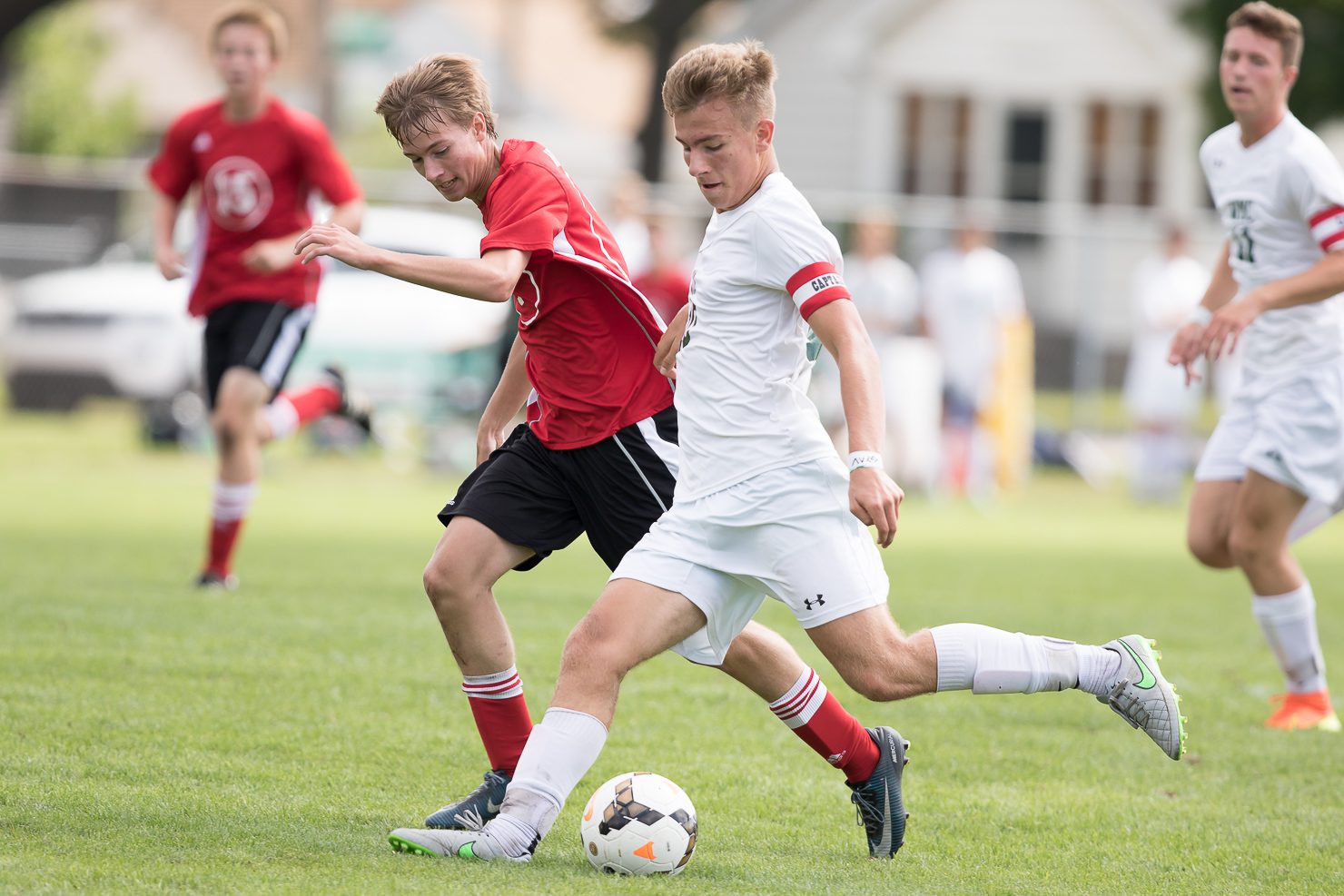 Even Fles prepares a shot for WMC against Whitehalls Logan Diehm. Photo/Randy Riksen 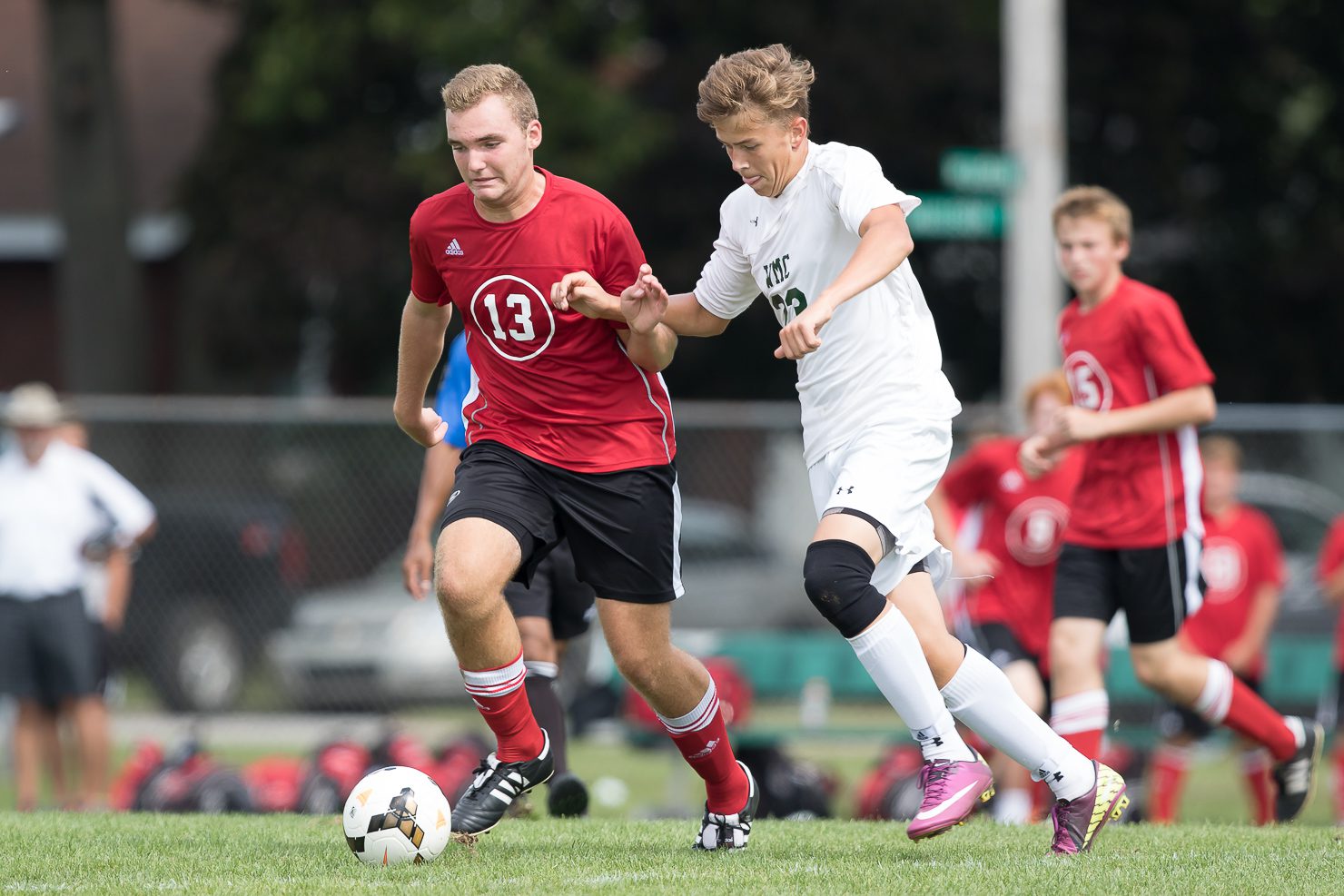 These area girls are gearing up for MHSAA state track meet