So Saturday was pretty special for Mitchell, as he coached his last home game for the Big Reds.

The game became even more special during a break in the action, when the Hackley Stadium public address announcer told the crowd that Mitchell will be leaving the Muskegon program after the third game of the season to serve his country in the U.S. Air Force.

Just after the announcement, Mitchell got a bear hug from Muskegon head coach Shane Fairfield, and several thousand fans rose to their feet in applause.

“That was awesome,” said Mitchell, 23, who plans to work in aircraft maintenance in the service. “I wasn’t expecting that. I really appreciated it.”

Mitchell has been laser-focused on high school football since he played the sport himself.

He was a starting defensive tackle for the Big Reds as a junior and senior and earned All-Area honors his senior year. He graduated from Muskegon High School in 2011, but chose to bypass any chance to play college football because he wanted to coach so badly.

So he became a high school football coach just months after graduating from high school himself.

He spent the 2011 and 2012 seasons as an assistant coach for the Holton varsity and junior varsity squads. He was away from the sport in 2013 and 2014 while concentrating on work and college courses, but he badly missed the Friday night lights.

So last year he hooked up with Fairfield, his former coach, and became a defensive line coach for the Big Reds. It was a dream job for a young man who loves his alma mater and its football program, and he probably would have done it for a lifetime.

“I’m a football guy,” said Mitchell, the son of Larry and Tonya Mitchell. “I wanted to go coach football. It’s something I always wanted to do. Even in high school I knew I wanted to be a high school coach. So when the time came for a decision about trying to play in college or go right into coaching, I was just so excited about coaching that I just did it.

“Shane and I always had a good relationship, and I definitely wanted to be here with this program, be on the big stage, coach in big games and win a lot of games. It’s awesome. I love it. I’m going to miss it.”

But coaching high school football – at least for most people – is a part-time gig with part-time pay, and Mitchell decided it was time to address his future.

After talking it over with some friends in the Air Force, he chose to enlist in May.

He decided to stay home for the summer and spend time with his family, but that meant a September departure for basic training – right in the middle of the Big Reds’ season.

His last game will be Friday when Muskegon visits Fruitport in an O-K Black Conference game. His family will host a party for him Saturday, then he’s off to the service next week.

“This will be my last game, unfortunately,” said Mitchell, who admitted that Friday’s game will probably be an emotional experience for him. “I won’t get to finish the season, but my goal was to put in a lot of work during the summer and help the guys get ready for the season as much as I could before I had to take off.”

Fairfield said Mitchell will be missed, but everyone in the Big Red program is proud of him.

“That’s my boy there,” Fairfield said. “He played for me here, his father coached here in the early 2000s, his mother has been active in the program – he’ a true Big Red. After he was done playing he drifted away a little bit and coached at Holton for a time, but once I knew he was free I scooped him right up.

“He’s so energetic. He’s done an amazing job with the lower levels. Every chance he gets he’s working with freshmen and JV players. He never stands around.”

Fairfield said Mitchell will have the special task of calling defensive plays during Friday’s game, as a farewell gesture.

“Our hearts are with him,” the Fairfield said. “I think it’s very admirable what he’s doing. Military service is just an honorable thing to do, to commit yourself to your country.” 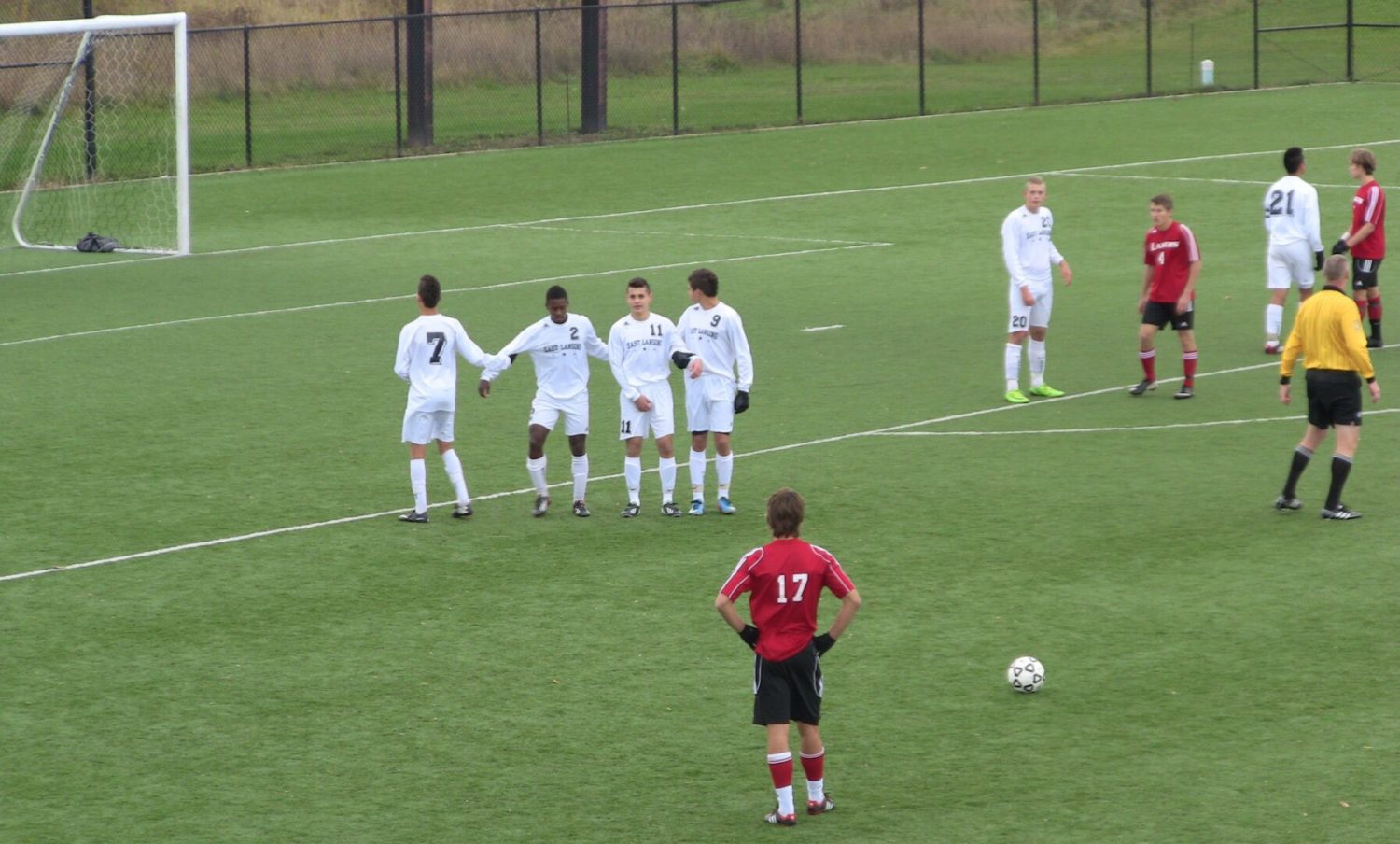