MUSKEGON TOWNSHIP – Reeths-Puffer golfer Karina VanDuinen knows all about high expectations – and she’s only a sophomore.

She did it to herself by being so good at such a young age.

Last fall VanDuinen stunned everyone by winning the Division 2 individual state golf championship as a ninth-grader. 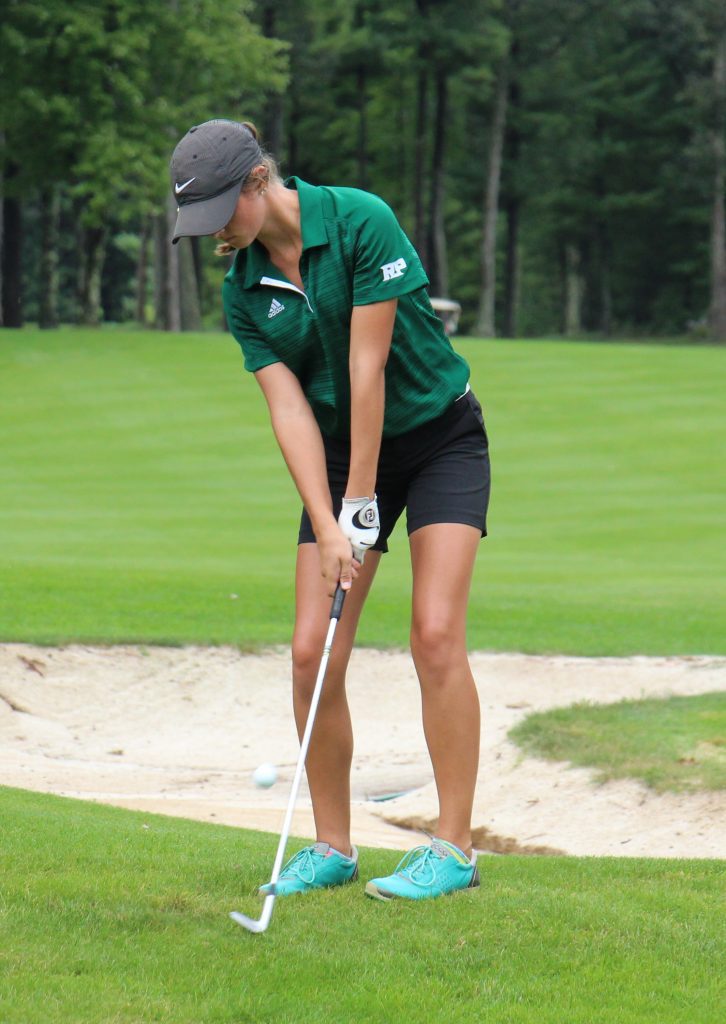 And she did it the hard way. She shot an 82 on the first day of the state tournament, leaving her tied for eighth place, four shots behind the leader.

But VanDuinen bounced back and shot a sizzling 74 the second and final day, winning the championship by two strokes.

While winning the state title as a first-year varsity player was a truly amazing feat, it also brought a whole new level of attention to VanDuinen.

If she could do that as a freshman, how many more state titles might she win?

Other peoples’ expectations are only part of the challenge. Much of the pressure VanDuinen experiences is self-imposed, according to her coach.

“She thinks she has to compete at the highest level every day,” said Reeths-Puffer golf coach Cris Carter. “We’ve had conversations about it. I just tell her to play each hole one at a time and give herself permission to not be perfect every time out there. Every swing she makes is not going to make or break her day.”

VanDuinen has been working to keep the pressure in perspective. She still pushes herself, and wants to be the best she can be, but tries to not let expectations ruin her love for the game.

“I played every day this summer,” VanDuinen said. “I enjoyed it a lot, but tried not to play too much to the point that I no longer enjoyed it. After winning the state title there was a lot of pressure coming into the year. I’ve been trying to go in with no expectations of winning, because it takes the pressure off me and lets me play.”

Pressure has not been VanDuinen’s biggest issue so far this fall. She injured herself during the varsity season and was forced to miss two conference jamborees. 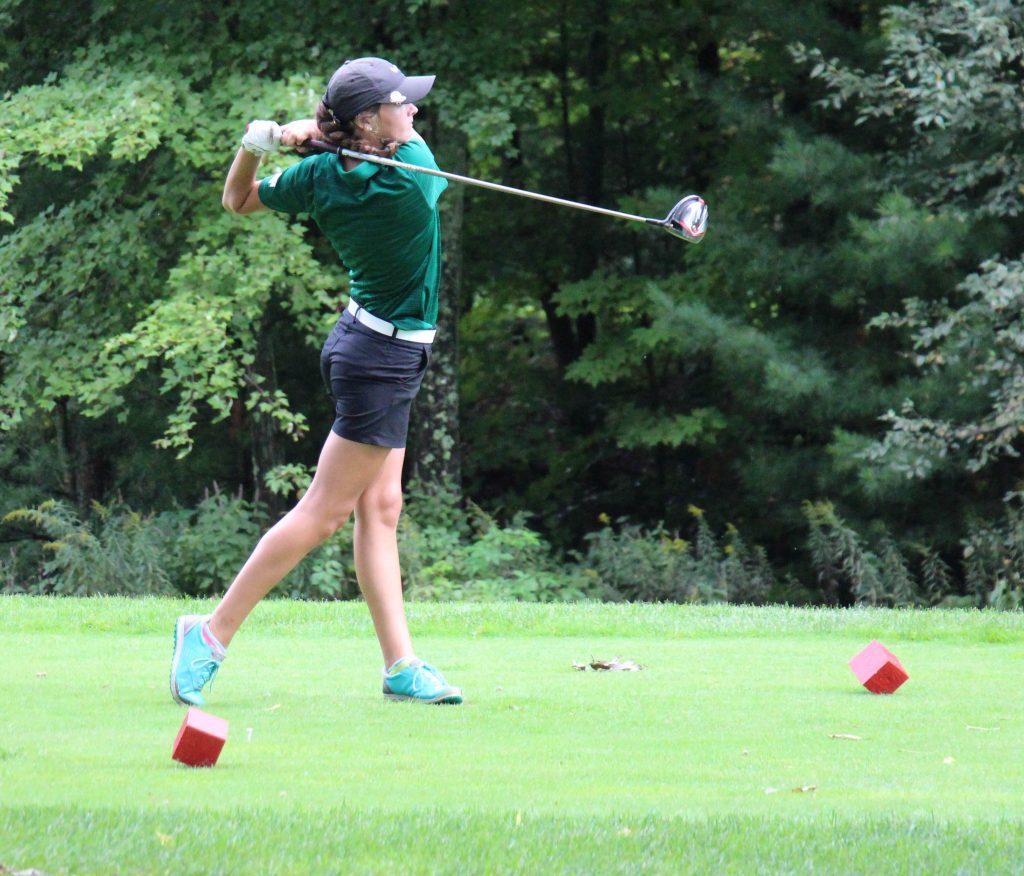 “I had a rib pop out of place that strained all the muscles attached to the rib,” VanDuinen said. “I wasn’t warmed up all the way and I just swung hard at the ball and it happened. It’s more common than not.”

Even while she was out of the lineup, VanDuinen was out on the course, cheering her teammates on. And there was a lot to cheer about.

The Reeths-Puffer squad has matured this season and is first place in the tough O-K Black Conference.

She managed to pull her game together and win the city title again – just barely. Her main competition came from her teammate, Avery Howard. The two girls were tied with scores of 82 after 18 holes, and had to decide the championship in a one-hole playoff.

Howard shot one over while VanDuinen parred the hole and won the title again.

“I thought that she was going to beat me today, honestly,” VanDuinen said. “So I was surprised when we ended up shooting the same, but it was fun. The front nine was terrible. But my back nine was eight strokes better than the front.

“I was worried that I was going to miss the rest of the season, honestly, and it feels good that I was able to come back in time for the bigger tournaments.”

The city tournament was a great day for the Rockets, all the way around. Not only did VanDuinen win the individual crown, but the Rockets won the team title for the first time in the history of their program, ending a nine-year championship run for arch-rival Mona Shores.

“I like them both,” VanDuinen said, when asked if she was happier about the individual or team championship. “But I like the team side of it because it’s more fun. We are all so close and hang out together. It’s more fun than being by yourself.

“It’s nice to know that if you don’t play your best, there are other people there to hold you up. It’s not just all on you. Everybody contributes and it’s the whole team working together.”

VanDuinen and the Rockets are preparing for the challenge of the next few weeks. They are hoping to wrap up the O-K Black crown, then do well enough at the Division 2 regional meet on Oct. 6 to quality as a team for the state finals.

Once they get to the state finals, who knows what might happen?

“It’s a goal that we all have and we know there is a chance,” VanDuinen said. “It’s not that we’re expecting to win, but we really want to.”

VanDuinen knows a lot of people will be watching her in the postseason, as she tries to win a second consecutive individual state title. She knows that too much pressure can be an enemy, and she’s working to keep it in its place.

As her coach points out, “Nobody has ever won four state championships. To think she’s going to do that is kind of crazy.”

“I’m actually trying not to put any expectations on myself because my head gets the best of me,” VanDuinen said. “I try to keep expectations lower than what other people have for me.”