KENT CITY – As disappointing as they are, sometimes season-ending losses turn out to be gifts in disguise.

That’s been the case for the Kent City volleyball team so far this year.

Last year the Eagles finished with a very good 36-10-1 record and a CSAA Silver Division conference championship. It was the team’s first conference title since 2000.

But their season ended with a bitter five-set loss to Ravenna in the district finals. Ravenna won the first two sets and seemed to be in control of the match. But Kent City stormed back and won the next two sets to knot the match. 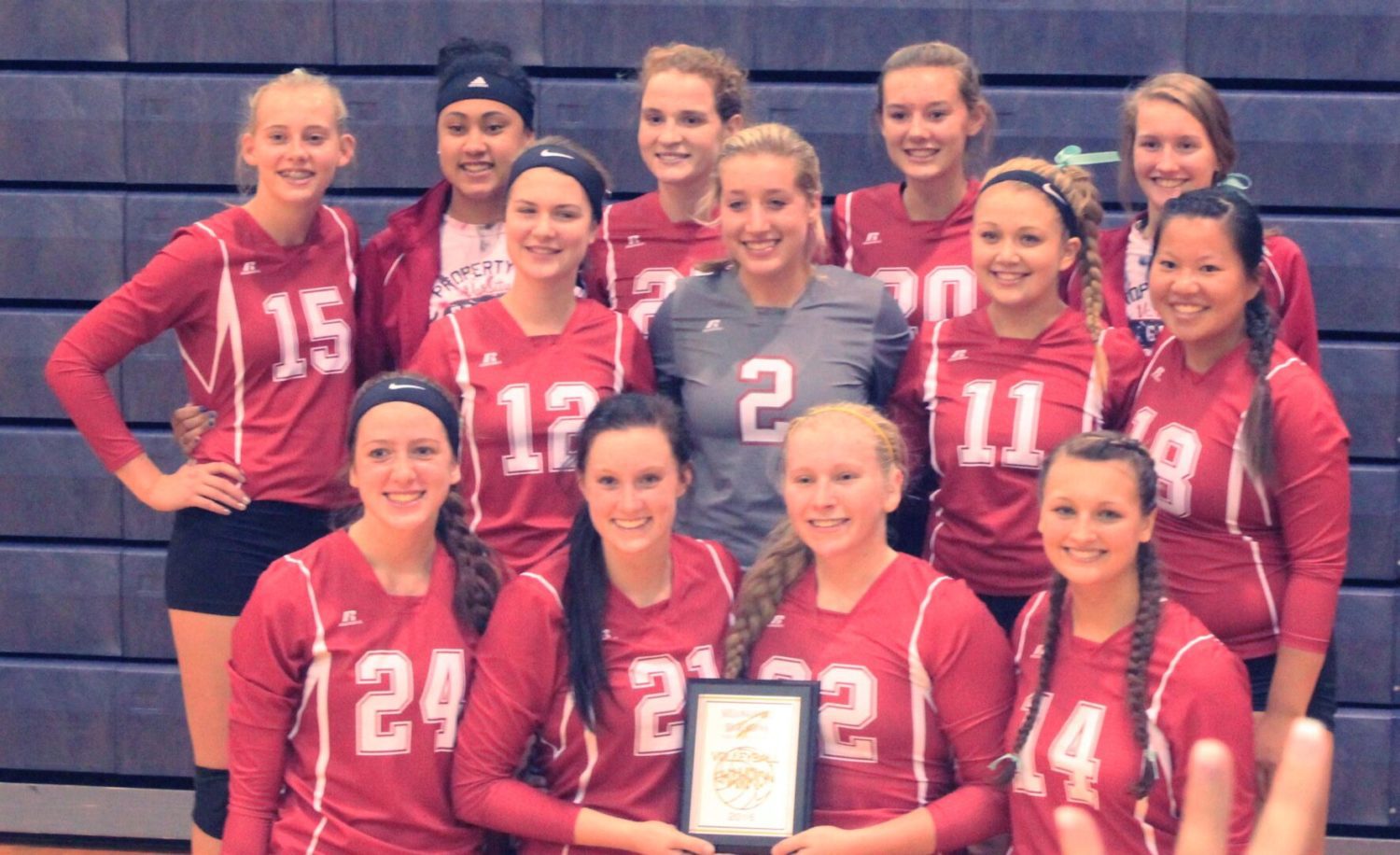 But the Eagles lost the fifth and final set in overtime, 18-16, and a strong season ended without a district trophy.

That left the nine juniors on the team with a feeling of unfinished business, and they worked hard in the offseason to prepare for an even better senior year.

“It was a heartbreaker,” said Kent City head coach Vandy Krueger. “We lost the first two sets and then came back to lose in the fifth by only two points. I feel that was something that has really motivated them this season, to get back into that position and come out on top this time.”

“It’s been very motivating,” said senior Cassidy Heeringa, who leads the Eagles with 255 kills on the season. “It keeps pushing us and it’s become our main goal to get back. We talk about it and go through things that could have helped us win last year.”

So far the Eagles are meeting their goals this season, with a 30-5-1 overall record. They are 7-0 and in first place in the CSAA Silver, two games ahead of second-place Holton. They have won tournaments at Kelloggsville and Comstock Park.

Not surprisingly, the seniors on the squad are fueling the team’s strong run. Heeringa leads the squad with 262 kills, Blaire Mortenson has 413 assists and Kelsey Krueger has 402 digs.

“We have great chemistry this season because all the girls were together last year,” said Krueger, who added that the team has a cumulative 3.82 grade point average. “We had a very good season last year and it’s carried over. We have a great group of girls who work well together and have been playing volleyball together since they were young.

“Last year we won a league championship. Morley-Stanwood had won the CSAA 12 or 13 years in a row. That was a really big thing for us last year to defeat Morley after they’ve won it for so many years.

“Obviously we want to go for back-to-back league championships and continue to improve as a team.”

Improving means changing. While the Eagles have largely the same roster as last year, they are not the same team, according to Krueger.

“We’ve definitely grown and matured,” the coach said. “They’ve realized things that they could have done better in the past grown from that in the last year. They’re definitely not the same team.”

Having a tight-knit group is key to the whole thing, according to Heeringa.

“I don’t think we’d be where we are today as a team without the chemistry,” said Heeringa. “Chemistry makes us who we are and allows us to do what we do. Every year together as a team has been fun. Each practice we work hard and have fun. We’re allowed to have fun as long as we’re working hard.”

Another conference title is likely for the Eagles, and they will get another shot at that district title that so cruelly eluded them last season.

“It would feel so great, especially being a senior and ending my career with that title and knowing we worked for it and deserved it,” Heeringa said.