MUSKEGON – The Muskegon Lumberjacks had a very tough time trying to figure out out Sioux Falls goaltender Mikhail Berdin on Friday night.

The Lumberjacks peppered Berdin through the game, unleashing a whopping 60 shots but only scoring once.

The single goal was not enough as Muskegon fell to the Stampede 2-1 at the L.C Walker Arena in front of 1,663 fans.

The loss continued the Lumberjacks’ home game woes. They are now 6-4 on the season, but five of those victories have come on the road.

Muskegon will host the Stampede again Saturday night at 7:15 p.m., looking to even the score.

“I thought early on we were shooting high, so we were not giving ourselves opportunities for rebounds,” said Lumberjacks coach John LaFontaine. “Then we missed some chances like wraparounds, and finally we started to shoot lower and then he started gobbling them up. 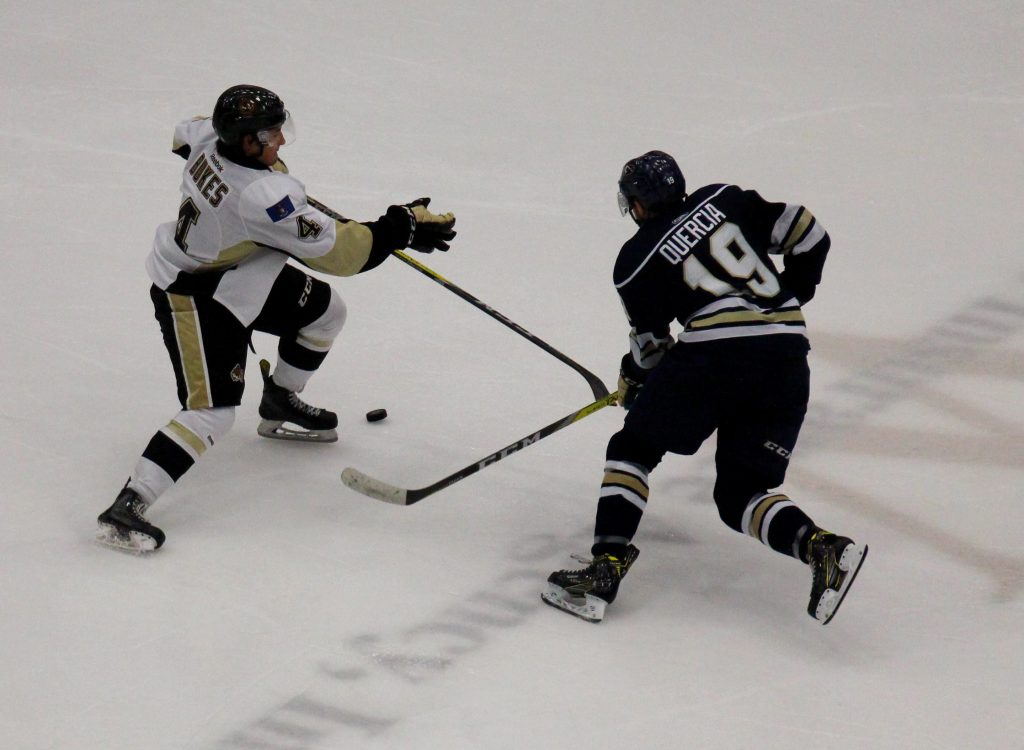 “Give him credit. We eventually scored, then had a letdown goal against. We have to do better with our line changes.”

Both teams played discipline hockey, with each receiving just one two-minute penalty in the contest.

The Stampede opened the scoring at the 5:42 marking of the first period on a goal by Will Garin.

The Lumberjacks had a couple opportunities to get the equalizer late in the first period, including a miss on a wraparound shot by Collin Adams, but failed to tie the contest.

Muskegon outshot the visitors 21-9 in the first 20 minutes. 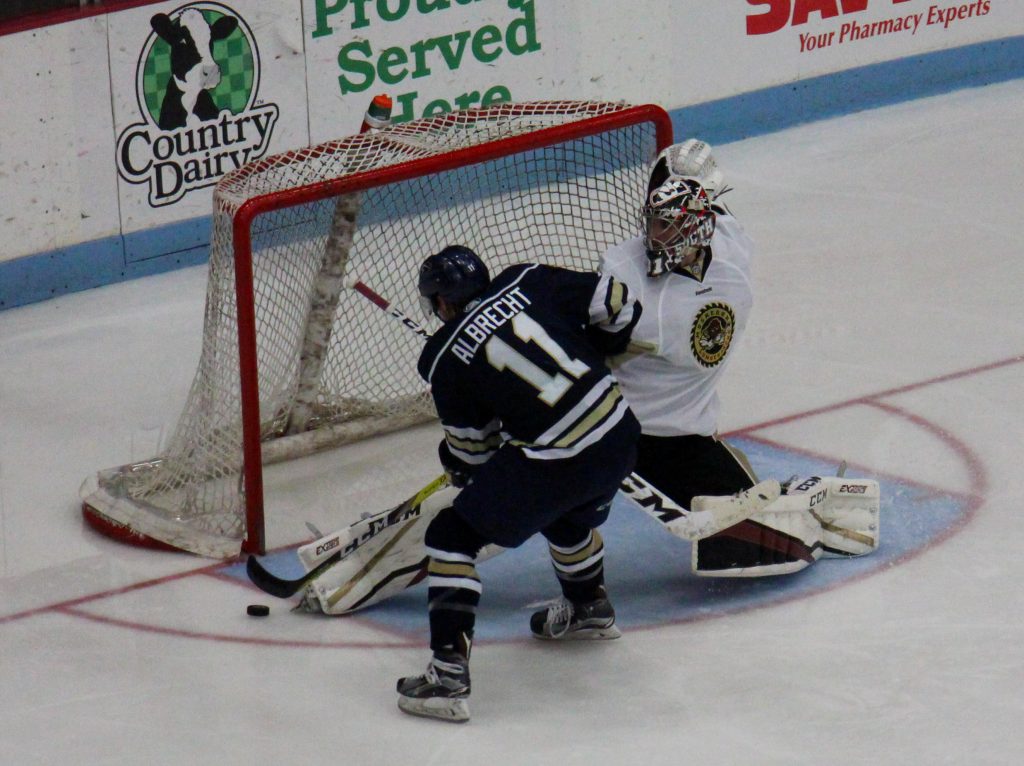 The Lumberjacks continued to pressure Sioux Falls, outshooting the Stampede by a 19-5 margin during the second period. But they again failed to take advantage of their opportunities, which included a three-man breakaway and a couple two-on-one breaks.

“You really don’t practice 3-on-0’s because you normally do not get them in a game,” LaFontaine said.

The Lumberjacks finally broke through on their 43rd shot, 2:25 into the third period, when Logan Drevitch scored an unassisted goal to tie the game 1-1.

Sioux Falls’ broke the deadlock with 6:29 remaining on a rebound goal from Lean Bregmann to give the Stampede its final 2-1 advantage. 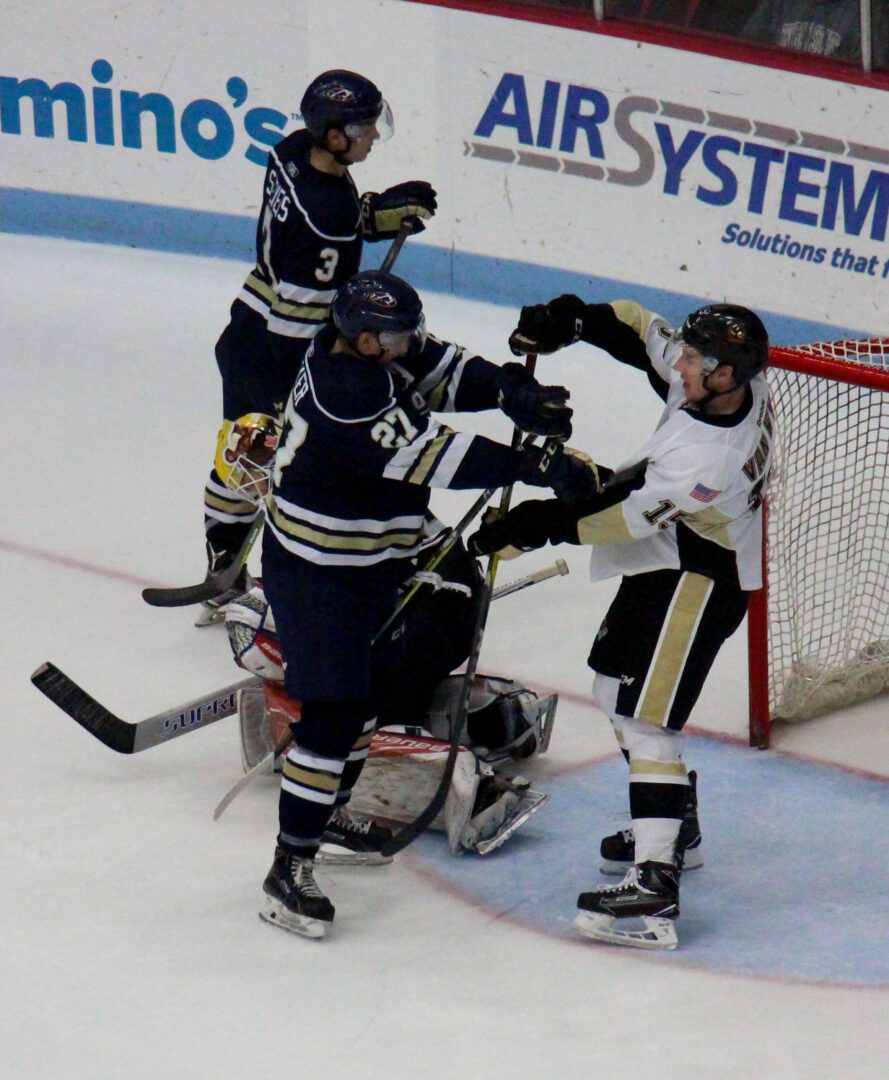 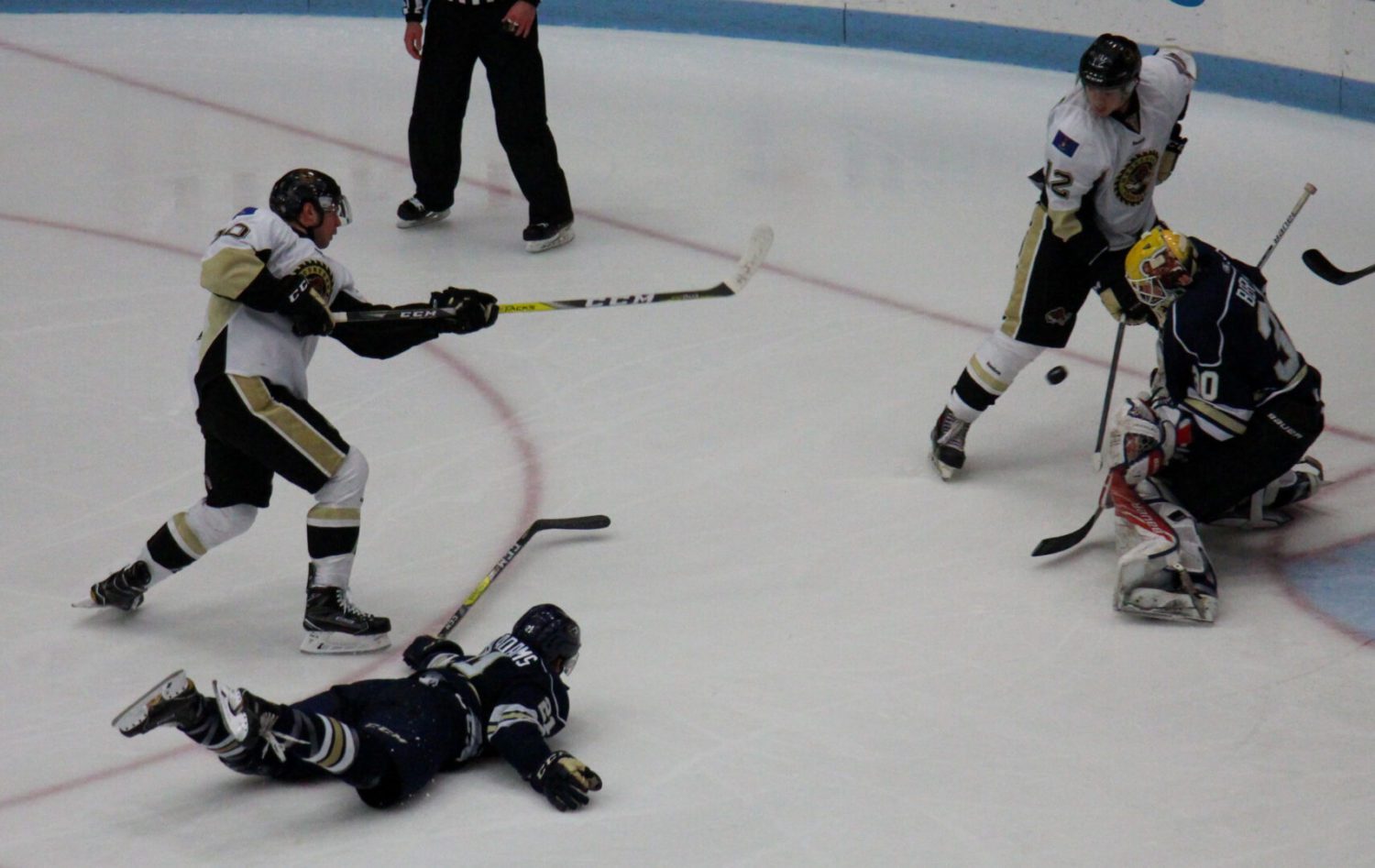 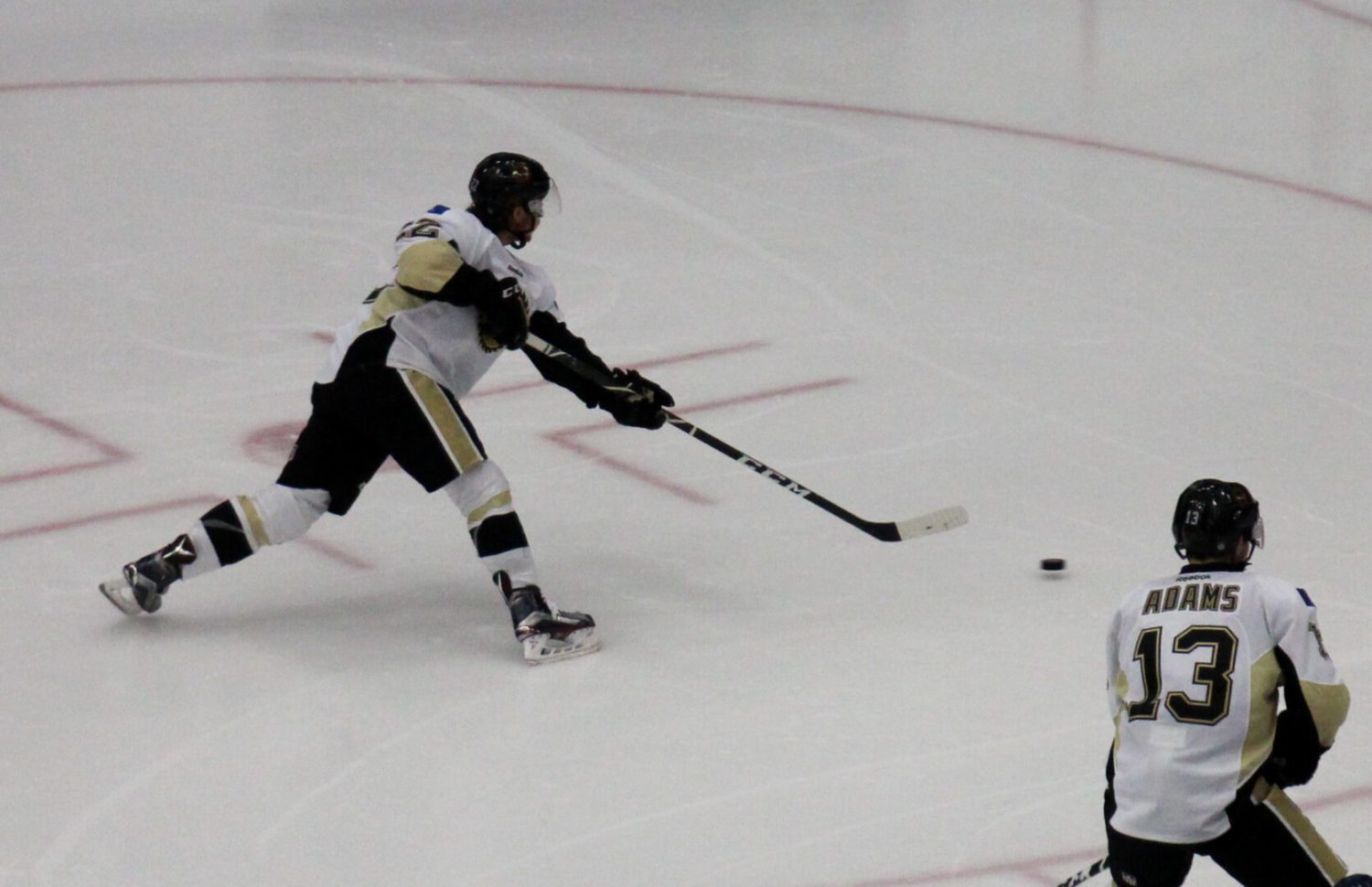 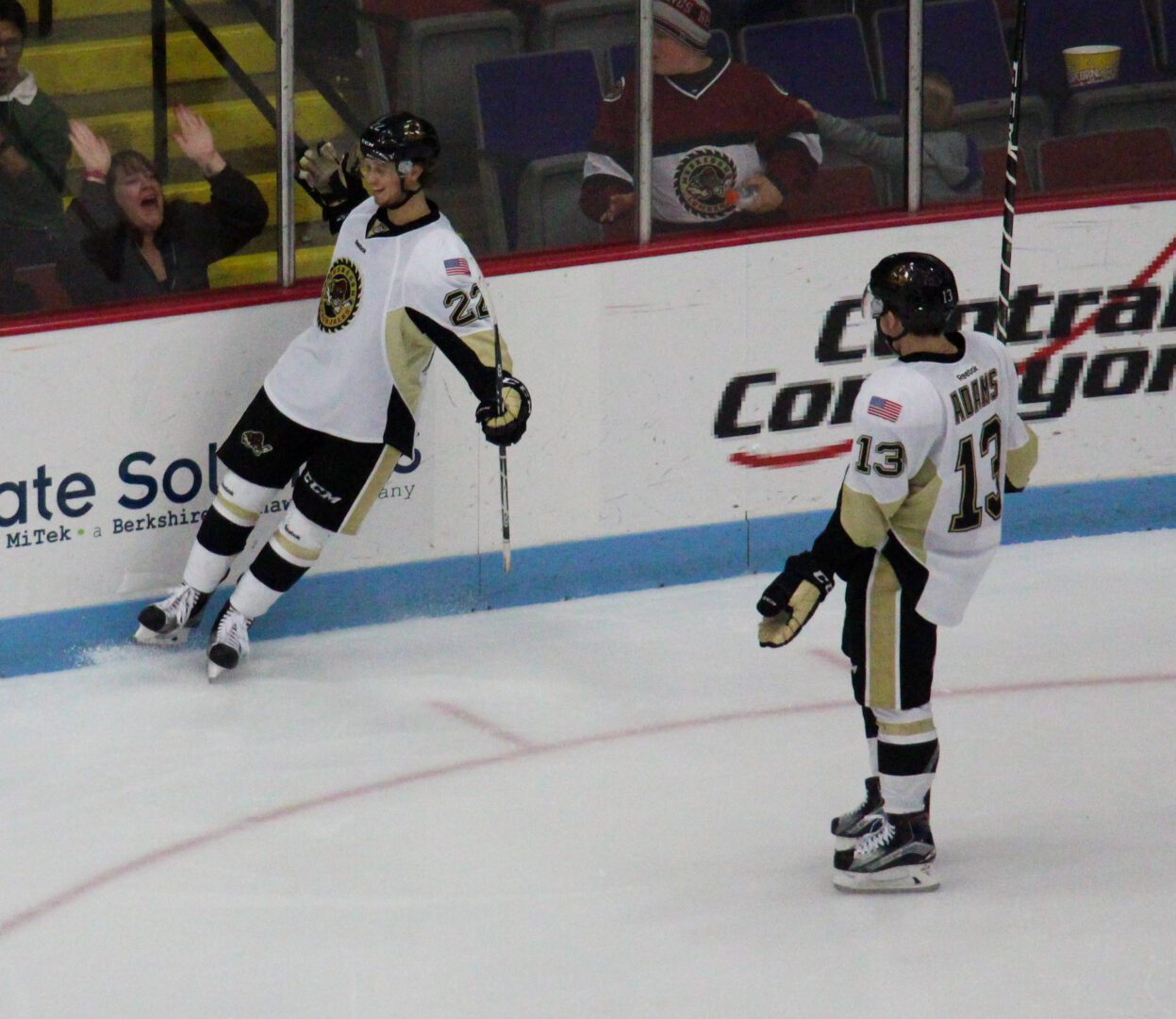 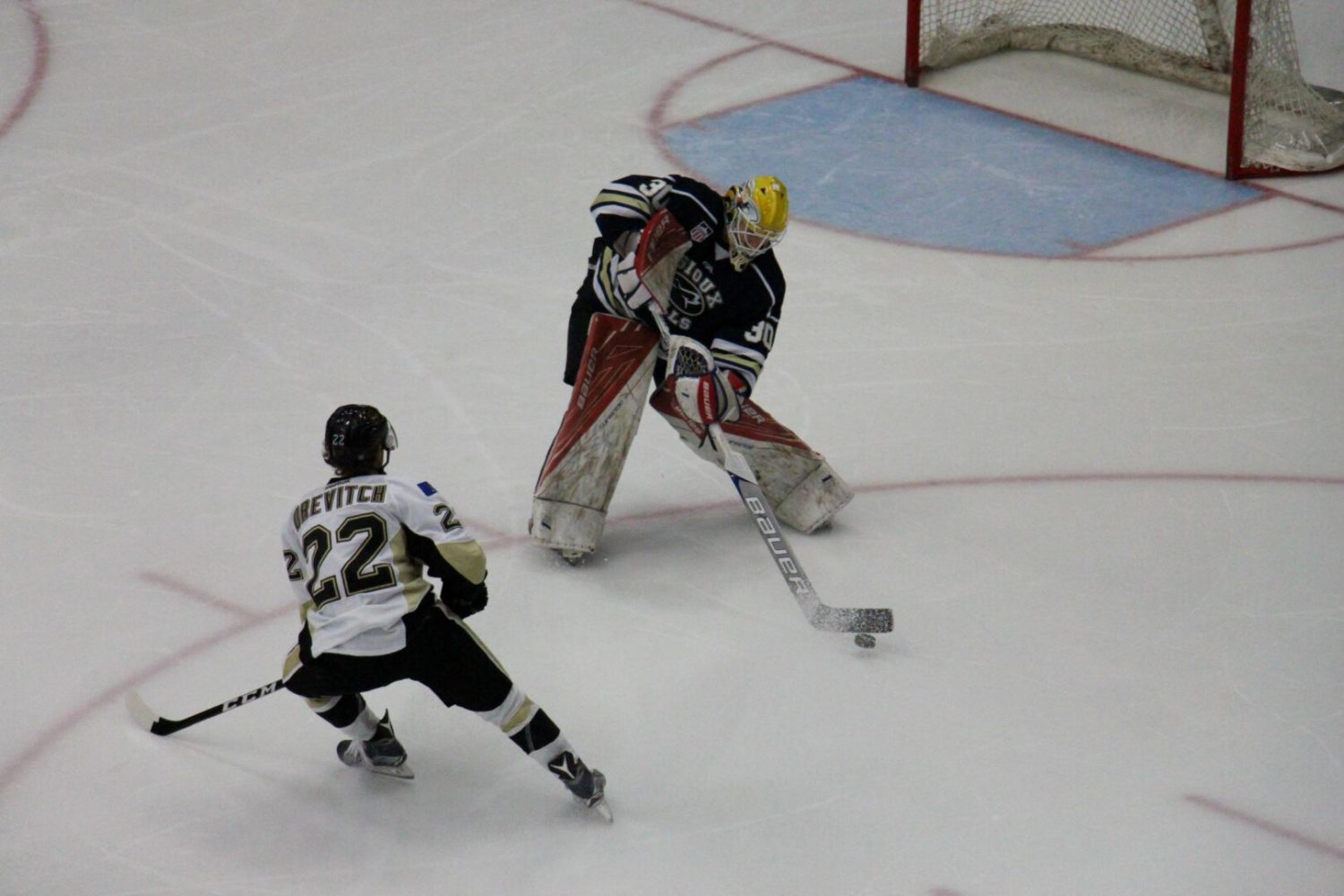 Sixou Falls goalie Mikhail Berdin skates out to clear the puck with a chasing No. 22 Logan Drevitch. Photo/Jason Goorman