Mona Shores volleyball team falls, has to settle for share of league title

But Kenowa Hills had other plans for the Sailors on their senior night. 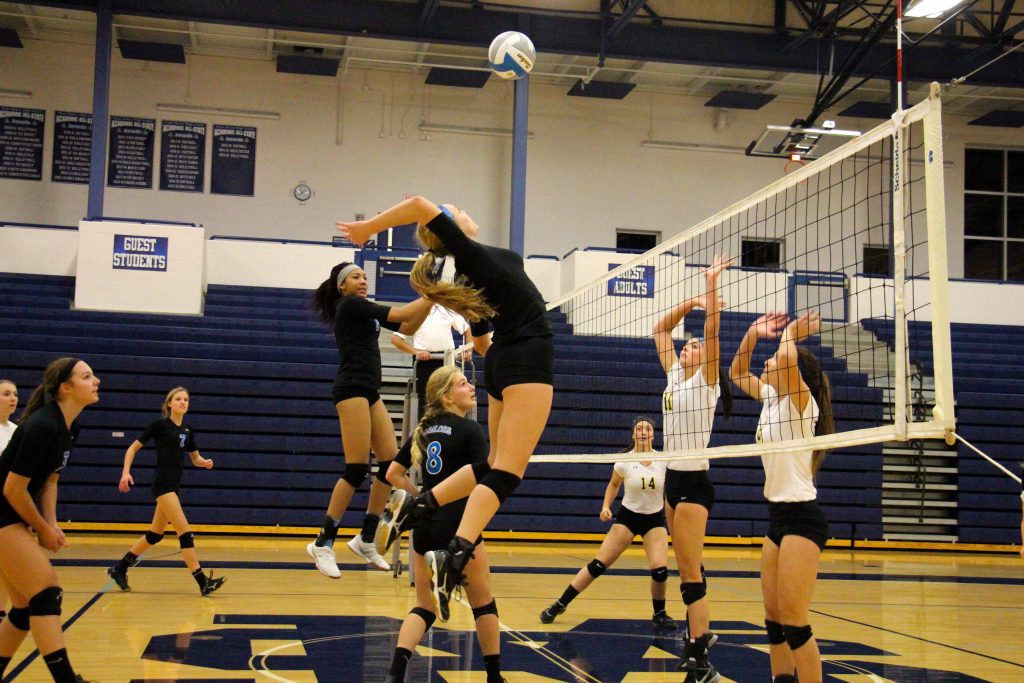 Mona Shores’ No. 1 Ryleigh Wehler goes up for the spike. Photo/Jason Goorman

The Knights ruined Mona Shores’ hopes to clinch the league volleyball championship with a straight set victory on Tuesday night in the final conference match of the season.

The Sailors, who finished the regular season 28-18 overall and 9-3 in league play, ended the in a tie with Fruitport for the league title.

“It was a very disappointing loss,” said VanderWall, whose team split two matches with Kenowa Hills this season. “Our team didn’t play a full set. We played three quarters of a set and then kind of fell apart at the end of the sets.

“I wanted to send the seniors off with a win, so hopefully we can do that on Monday night (in districts).”

Mona Shores will open the state tournament against Class A power Grand Haven on its home floor on Monday in the opening round of districts. 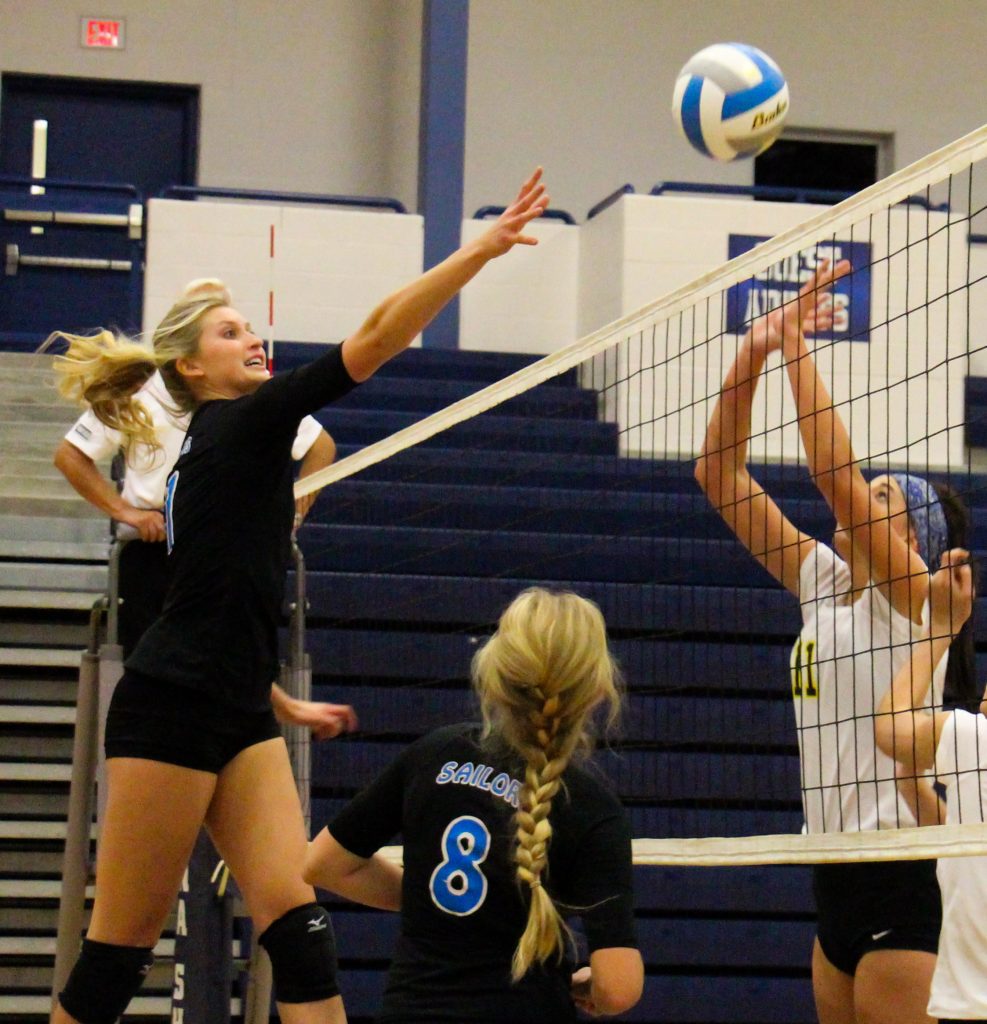 The Sailors got off to a good start in the first set, jumping out to a 4-1 lead on a service run by junior Sasha Poland.

Kenowa Hills continued to roll in the beginning of the second set, jumping out to a 5-1 lead. The Sailors responded with a 9-1 spurt on a long service run by senior Kaitlin Hermanson to take a 10-6 advantage.

The Knights tied the score, and the teams traded leads. The second set was tied 10 different times before the issue was settled.

Kenowa Hills finished off Mona Shores with a 5-3 run to take a 26-24 match-clinching victory.

Grace Hellman paced the Sailors with 11 kills, 12 digs and two aces while Haley Gartland led defensively with 18 digs. Hermanson chipped in with 24 assists for Mona Shores. 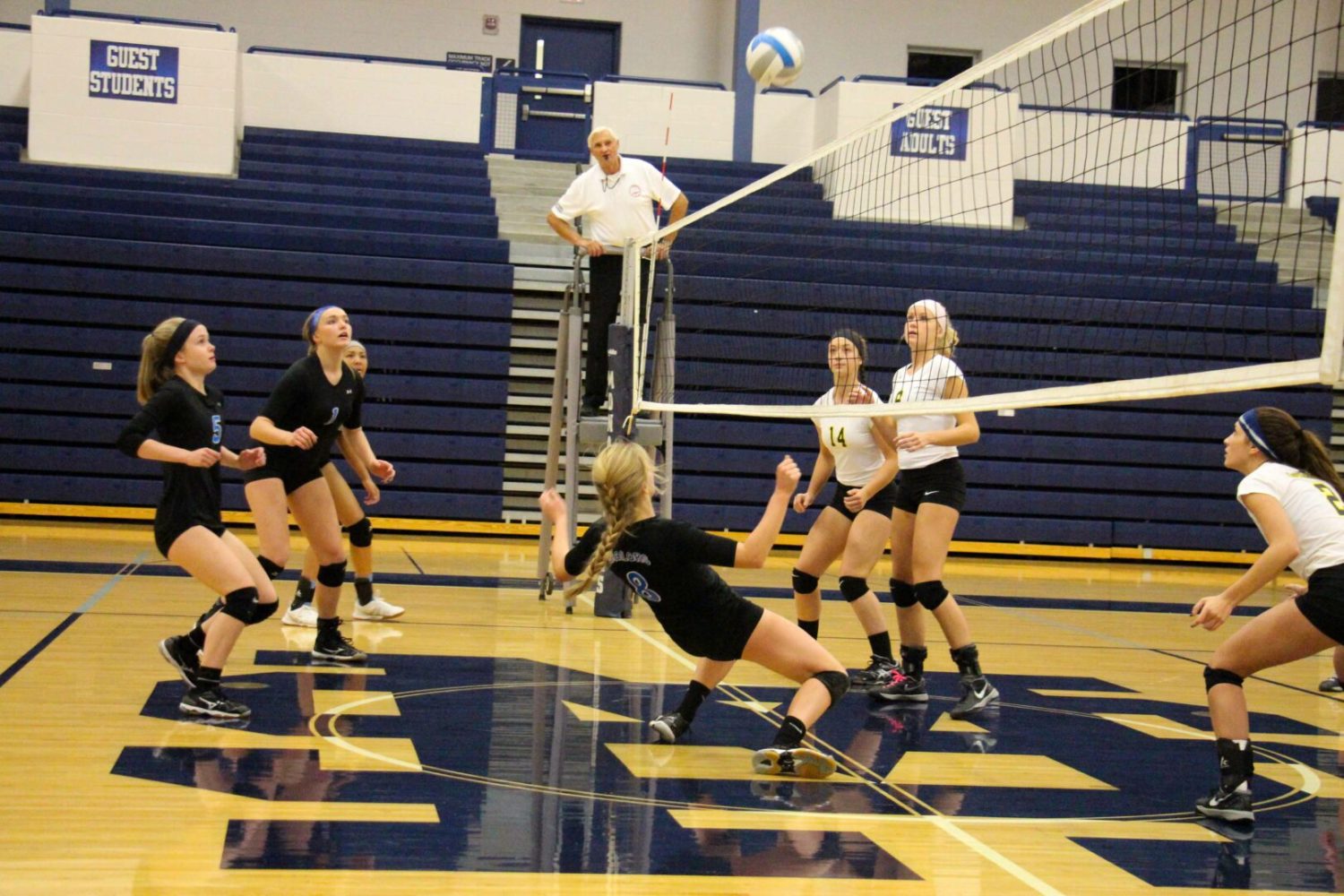 No. 8 Kaitlin Hermanson falls backward after making a close save at the net whilel the Sailors prepare to respond. Photo/Jason Goorman 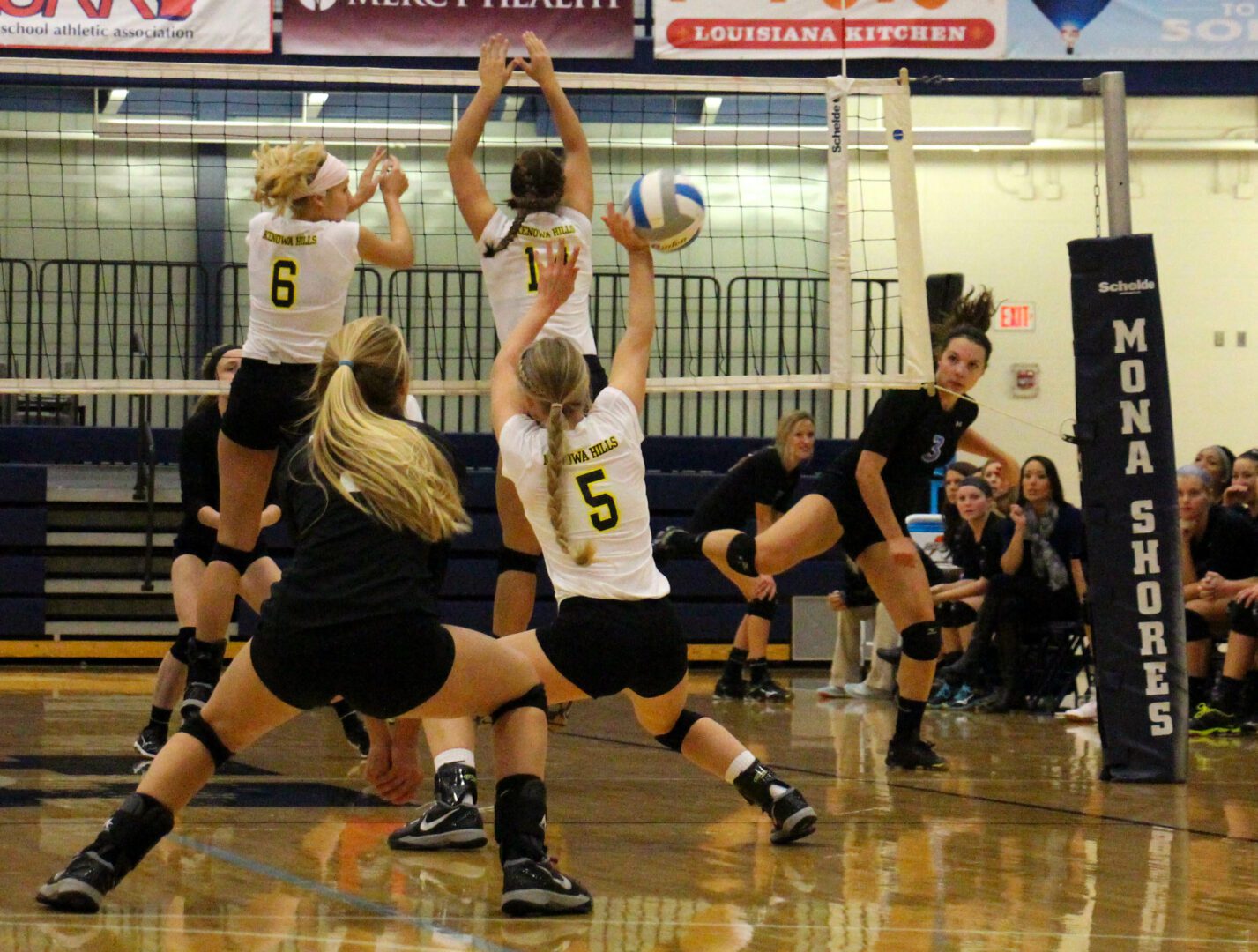 No. 3 Grace Hellman gets a spike past Kenowa. Photo/Jason Goorman