MUSKEGON – To say that Muskegon Catholic got off to a strong start in its bid for a fourth straight state football championship would be a huge understatement.

The Crusaders scored early and often on Friday, defeating Mount Pleasant Sacred Heart by a whopping score of 68-7 in a Division 8 pre-

The Crusaders led 61-0 at halftime, leading to a running clock in the second half.

The Crusaders now advance to the Division 8 district finals against Beal City, which defeated Vestaburg 33-13 on Friday.

This was the second straight season that the Crusaders opened the playoffs with an easy victory over Sacred Heart. Last year they won 49-7 in the first of five postseason wins that culminated with the team’s third straight state title. 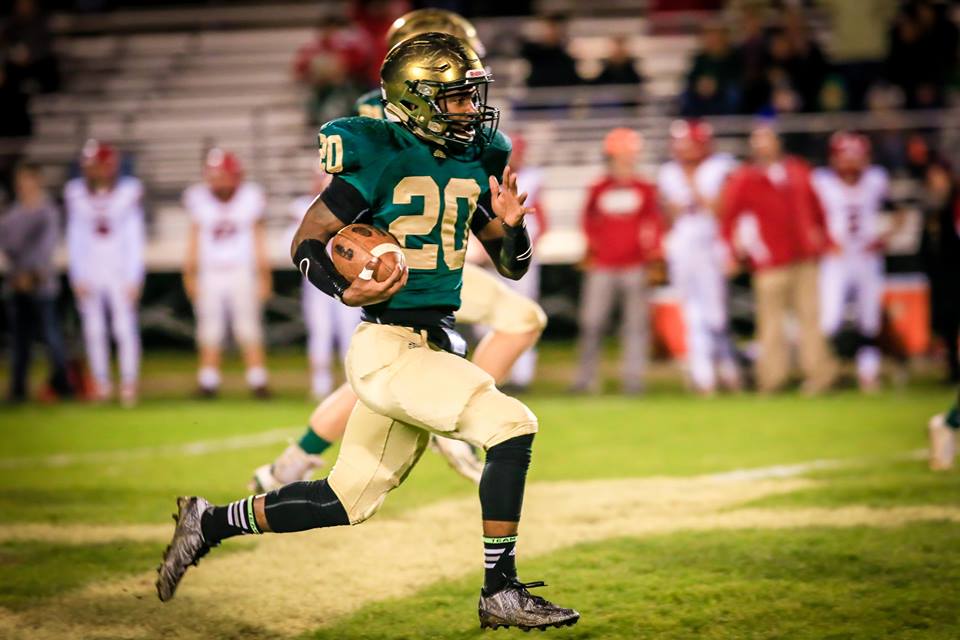 Muskegon Catholic outrushed the Irish 259-93. Sacred Heart hurt its chances by losing five fumbles, including three that were returned for touchdowns.

“You don’t expect to score three defensive touchdowns or a touchdown off a kickoff,” said MCC Coach Steve Czerwon. Our guys play real fast on defense, and they are athletes. When they get a chance to score, they are going to score.

“Our defense played outstanding. We still haven’t given up any points in the first quarter this year. You’re always in the lead at halftime when you do stuff like that.”

The game was over almost before it began. 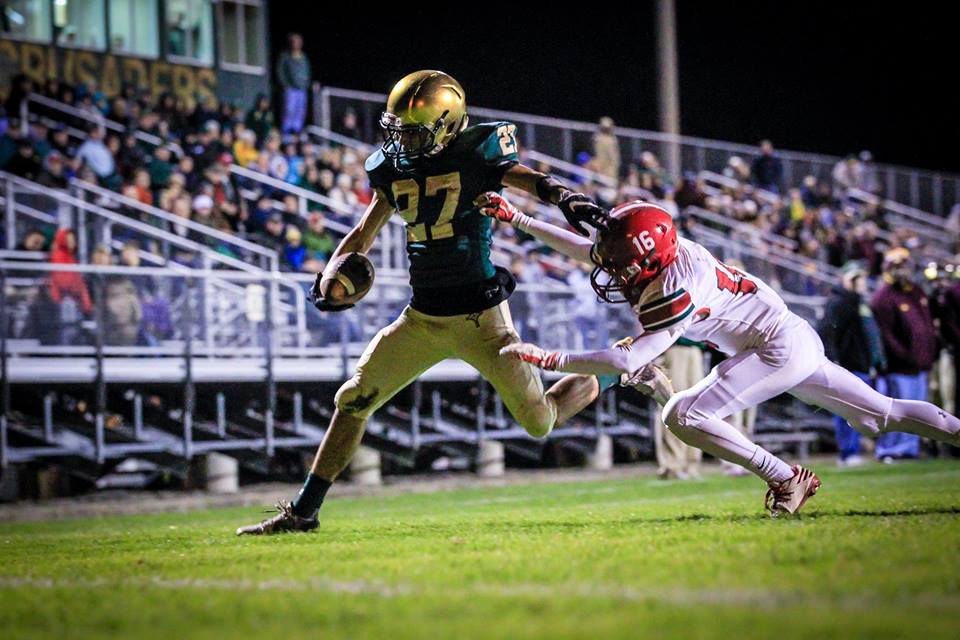 The first quarter TDs came on a one-yard plunge by quarterback Trent Bordeaux, an 84-yard run by freshman backup quarterback Cameron Martinez, a 26-yard run by Bordeaux and a 45-yard interception return by Logan Helton. MCC led 27-0 after one quarter.

Sacred Heart scored its only touchdown on a 10-yard run by Carter Love on the first offensive drive of the second half.

Steigman closed the scoring with a six-yard touchdown run in the fourth quarter.

Czerwon said it’s not necessarily a bad thing to have such an easy playoff win, although it may not have done much to prepare the Crusaders for tougher opponents in the coming weeks. 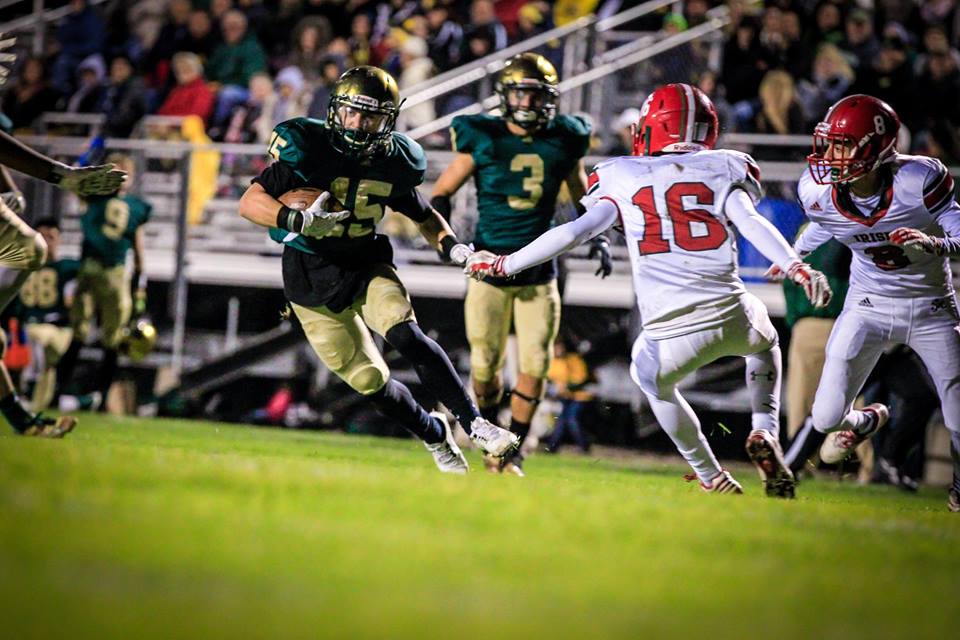 “We prepare hard during the week and the games turn out how they turn out,” Czerwon said. “We worry about conditioning a bit when you don’t get a chance to play four full quarters. We talked about that a lot on the headsets, what we’re going to do on Monday to make sure we’re in the best possible condition we can be when we have to play a four-quarter game.”

One good part for MCC was the chance to play a lot of reserves, who ordinarily don’t see the playing field a great deal in the postseason.

“These guys are getting valuable reps,” said Czerwon, whose team carries a lot of freshmen and sophomores because it doesn’t have a junior varsity program. “It’s always great to get younger guys reps when you can.” 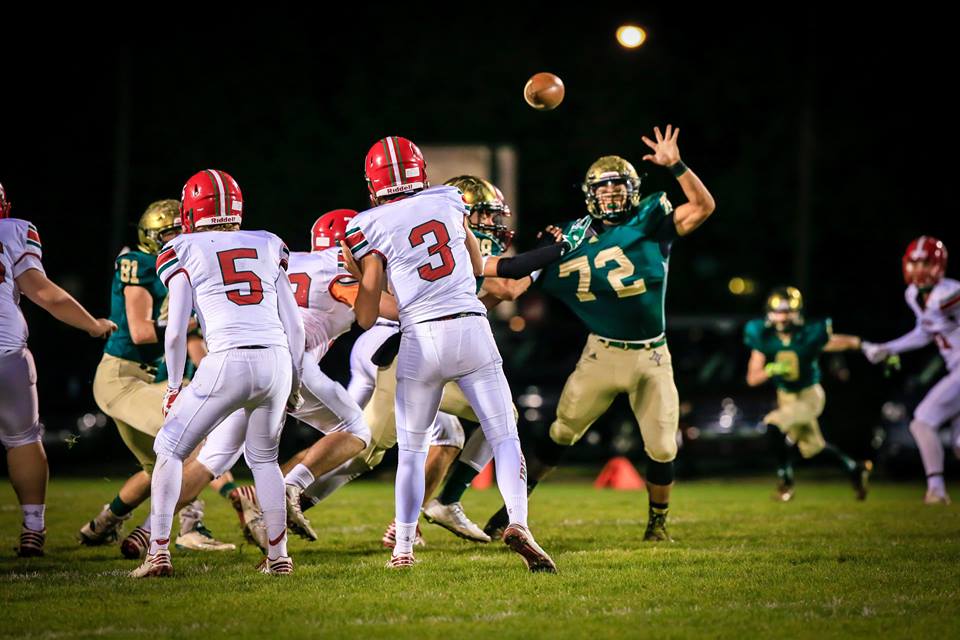 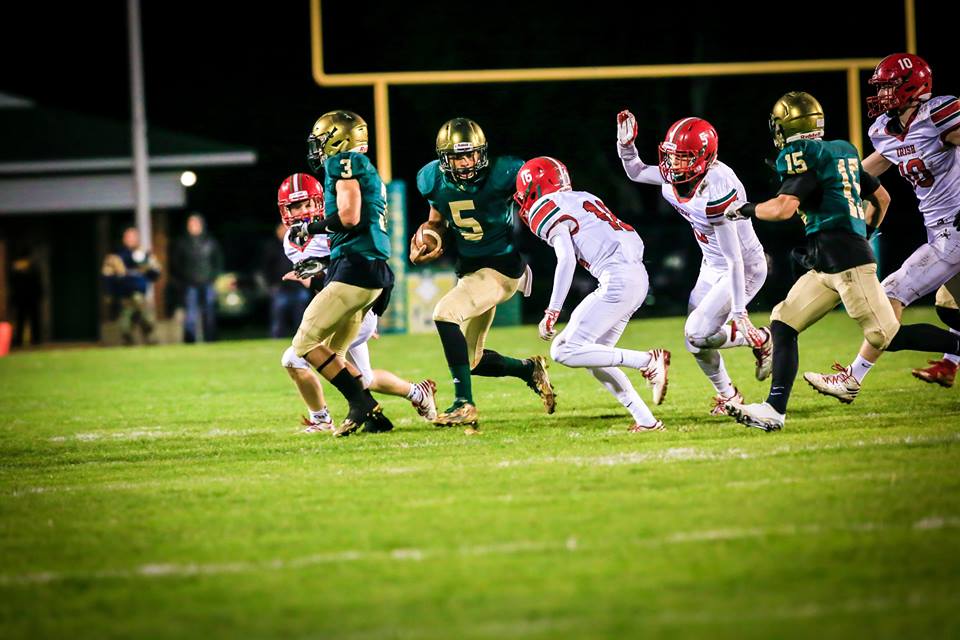 No. 5 Cameron Martinez looks for room on the Crusader run. Photo/Tim Reilly 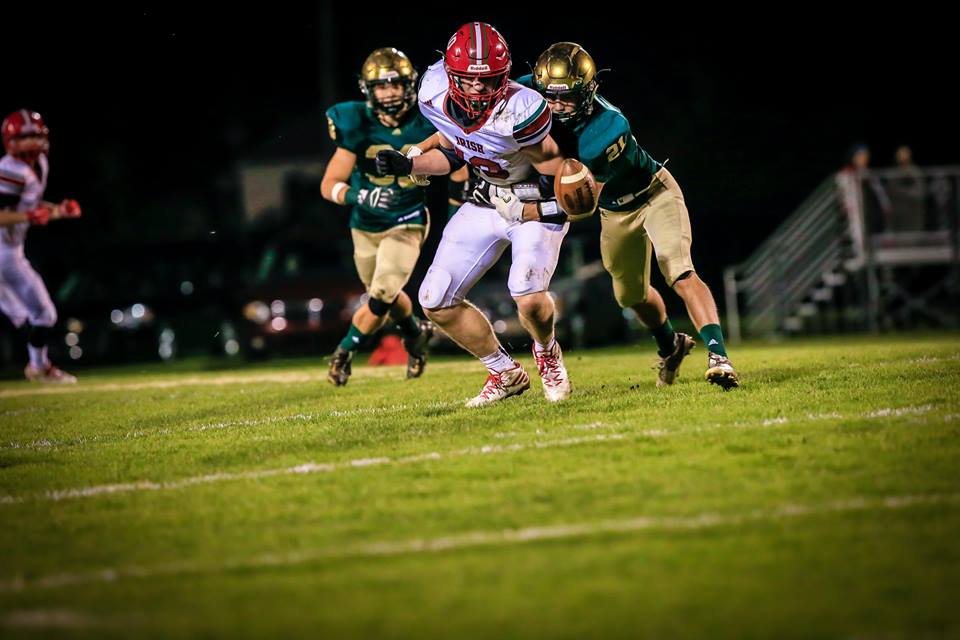 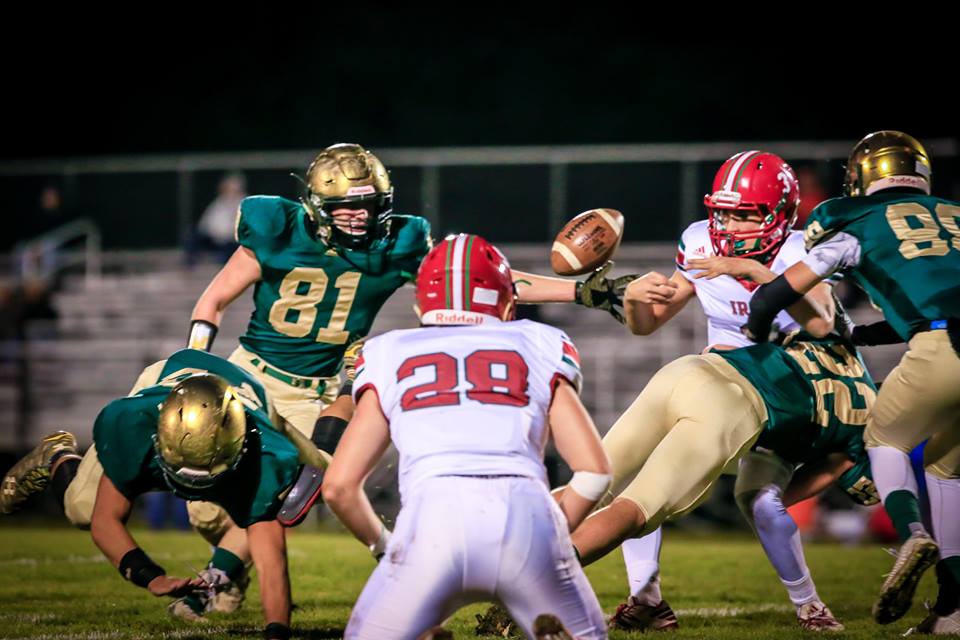 81 Miles Novotny reaches out for the loose possession after No. 22 Mason Convertini delivers a crushing hit for MCC. Photo/Tim Reilly

MCC QB No. 10 Trenten Bordeaux on the keeper. Photo/Tim Reilly