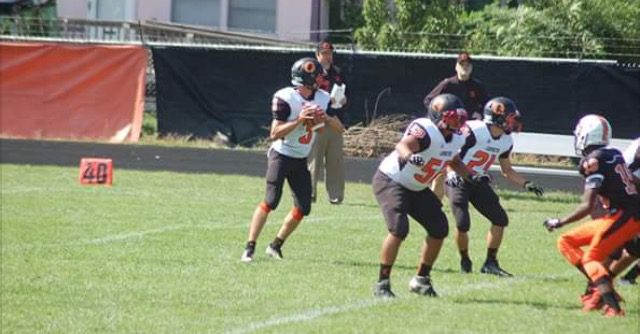 LUDINGTON – For the naysayers who claim Ludington’s success on the football field this season is due to a watered-down Lakes 8 Conference and a weak schedule, Orioles’ senior quarterback Jared Collins has a response:

The Orioles can’t control who they play, but they’re definitely taking care of business. 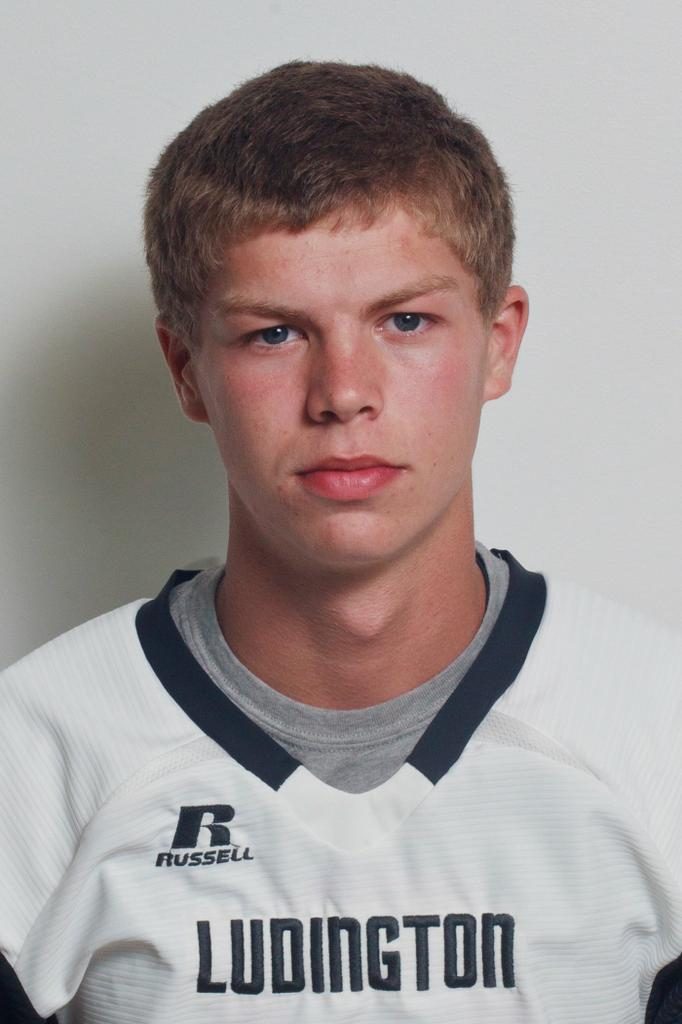 “We returned a lot of starters from last season, including four of five linemen,” said Collins, whose team is 6-1. “Whenever you have most of your line coming back, there’s a good chance you’re going to have a solid offense.

“And if you look at our point totals, there’s a big gap between us and who we’ve played. We have not had many close games. I haven’t played past the third quarter in a lot of them.”

With last Friday’s 48-6 pounding of Baldwin, the Orioles clinched the program’s fourth-ever trip to the state playoffs and its first since 2011.

Ludington’s only loss this season came against Lakes 8 champion Muskegon Catholic Central, which is ranked No. 1 in the state in Division 8.

Ludington’s 13-year head coach Charlie Gunsell said several conference opponents who were expected to be strong this season have fizzled for one reason or another, while the Orioles have flourished with a strong senior class that showed a determination to earn success this fall.

“I knew they were a talented group, but I was pleasantly surprised at their work ethic,” said Gunsell, who also led Ludington to the playoffs in 1999. “We’ll graduate 13 kids this season, and probably about 11 of them have been extremely focused since the get-go.

“They understand what it takes to be successful and they’ve set a great example for the younger kids in the program. They see that it takes a lot of hard work to get to this point.”

A prime example of that dedication comes from Collins, who before this season was primarily known as a run-first quarterback. This fall he’s become a dual threat with more than 900 yards passing and 700 on the ground.

“The more balanced you can be offensively, the tougher it is for opposing defenses to try to take something away,” the 6-foot-1, 180-pound Collins said.

Collins said he greatly improved his passing technique and accuracy by attending camps this summer and working out with teammates every chance he had at Oriole Field.

One of his favorite targets during those summer sessions was Sam Laduke, who has grabbed 12 touchdown receptions this season.

“He moved away and then transferred back to Ludington and when he did, I called him up before the season and said that anytime he wanted me to throw to him, I’d be up for it,” Collins said. “He was big for us last year and he really put in a lot of work to be even better this season.”

Another key part of the Ludington offense, which is averaging 41 points per game, is 6-3, 260-pound center Trevor Whipple, whom Gunsell said is a leader on and off the field. He helps clear the way for the ball-carrier, whoever it might be.

“We run a lot of outside veer read stuff, and it forces teams to pick,” Gunsell said. “Are you going to try to slow Sam (in the pass game) or Jared (running the ball). Then we have Anthony Tenney, our junior tailback, and it really helps us create a nice combination offensively.”

Because of his decent size and athleticism at his position, Collins has drawn college interest from across the state. He’s been “talking back and forth” with the coaches at Northwood University in Midland, and has visited Davenport University.

Collins is thankful that he’s helped create a new legacy at Ludington, and fans have definitely taken notice, even if the school has traditionally been known as a basketball hotbed.

“Most of them stayed throughout the downpour game (Homecoming against Orchard View) and it’s been a pretty solid turnout at all of our games,” Collins said. “After we clinched (the playoff berth) our fans stormed the field, which was a great feeling.

“After the game we all just went to the house of one of my teammates and talked about it. It was a great night.”