COOPERSVILLE – The odds are always against the goalkeeper in high school soccer overtime shootouts.

They have to go one-on-one with opposing shooters – who have the ball about 12 yards away – while defending a huge goal. The goalkeeper has to guess where the shot will go, move in that direction, and hope he guessed right. 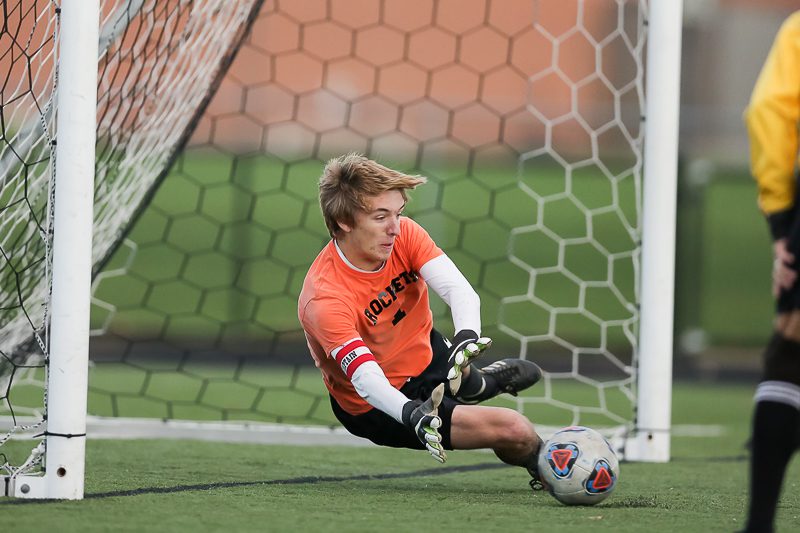 So it was no surprise that Reeths-Puffer goalkeeper Jake Lofgren had his share of troubles in a pressure-filled shootout on Friday.

He allowed six goals on Ludington’s first seven shots during a shootout session that extended past the usual five rounds, because both teams kept scoring.

But Lofgren made a diving stop to deny the eighth Ludington shooter, and that was all that mattered. His save gave Reeths-Puffer a dramatic 2-1 overtime victory in front of a crowd of excited Rocket fans in the Division 2 district championship game at Coopersville High School.

It was the first district championship in the history of the Reeths-Puffer boys’ soccer program. The Rockets, 12-8-2 on the season, now advance to the regional semifinals on Tuesday at Mount Pleasant High School, against Forest Hills Northern or Lowell. 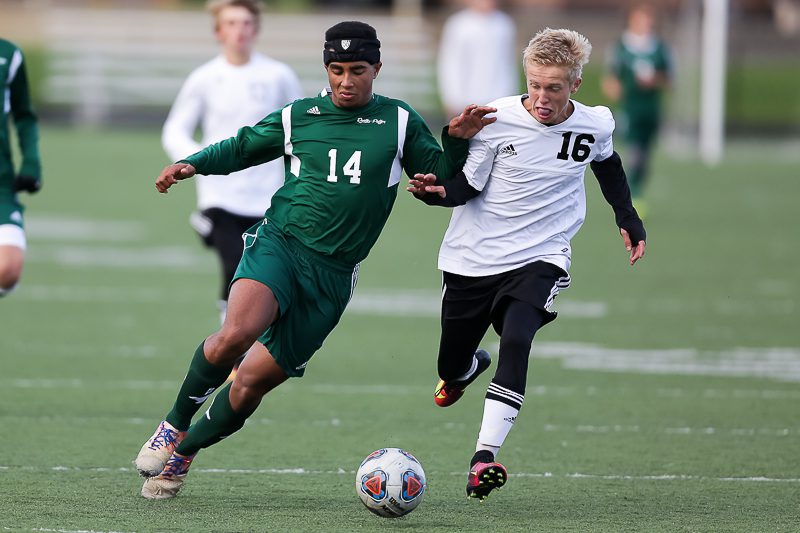 “Jake is phenomenal goalkeeper,” said Reeths-Puffer Coach Keith Knapp, who got in first win in three tries in district title games. “He has super reflexes. He’s that rare goalkeeper who loves (shootout) kicks. At some point I knew he was going to get a save.”

“I was guessing right on most of the shots, but I couldn’t save them,” Lofgren said. “But I had confidence in my teammates, and they kept making every single shot to keep us in it.”

Lofgren said his game-winning save “was the same as all the other ones. I guessed where he was going to go with it, and that time kept it out of the net.”

The Rockets earned their first district title the hard way.

On Monday they pulled one of the biggest upsets of the season, downing tournament-favorite Spring Lake, the second-ranked team in the state, 2-1 in an overtime shootout contest. 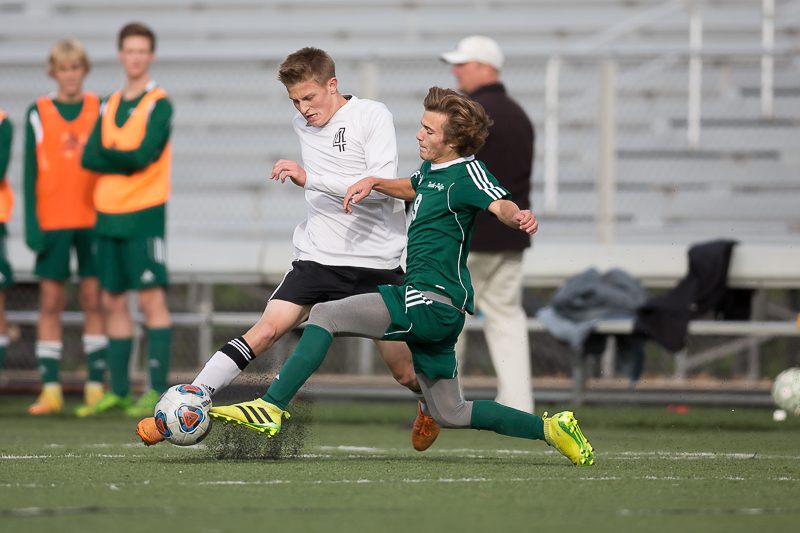 On Wednesday they got an early goal and hung on for a nail-biting 1-0 victory over Fruitport.

In Friday’s title game, the Rockets trailed 1-0 at halftime, got a goal in the second half to tie the score, then played Ludington to a deadlock for the rest of regulation and two 10-minute overtime periods.

Then Lofgren made the shootout save that clinched the win, and the Rockets’ title drought was over.

“This was not good for my blood pressure, but we’re sure enjoying this,” Knapp said. “Ludington’s a great team and we kind of figured they would be in the finals. But the path we had to follow was as tough as it could be, and the boys rose to the occasion.”

Knapp said the players knew they were competing for the first district title in program history.

“We didn’t want to spend a lot of time talking about it, but we told the kids we had the chance to make history, so let’s get to work,” he said.

Ludington took the lead early in the game on a goal by Caleb Schoon. That left the Rockets down a goal at halftime, with 40 minutes to even things up or watch their season come to an end.

“I told them we’ve been in that situation before, being down a goal after not playing well,” Knapp said. “We just had to play better in the second half and the guys responded.

“We did a great job of moving the ball around and getting possession, once got warmed up a little bit and got in the swing of things. We were finally able to play the game we’re capable of playing and get some scoring opportunities.”

Reeths-Puffer’s Dylon Art knotted the score nearly 11 minutes into the second half when a free kick by teammate Matt Udell landed in traffic in front of the Ludington goal, and he found the back of the net.

The game was scoreless the rest of the way, leading to the overtime shootout.

Neither goalkeeper had much luck stopping the opposing shooters. Shootouts are supposed to last five rounds, but this one went eight, because the Rockets kept scoring and the Orioles kept answering.

Schoon’s goal left the shootout score tied at 6-6. Aerts led off the eighth round by scoring for Reeths-Puffer, giving the Rockets a 7-6 edge.

That left Ludington’s Josiah Bandstra facing Lofgren with a chance to tie it again, but Lofgren dove to his right and tipped the ball wide of the net, securing the win for the Rockets.

“For this school to never have (won a district title), and finally to do it, is so cool,” Lofgren said. “This is for the school, not just for us.” 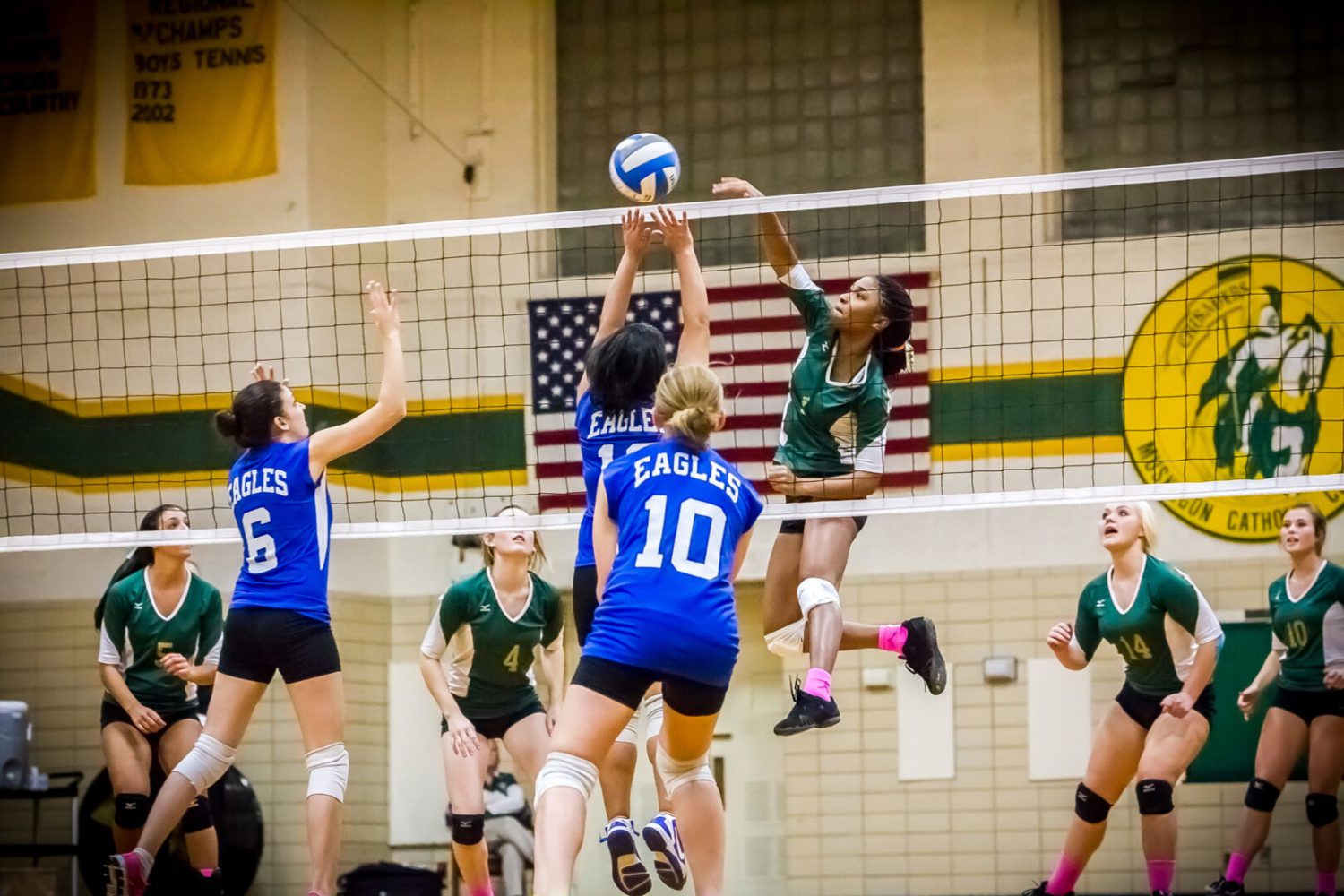