It’s not that the Rockets did badly – just not quite good enough. The top three teams in regionals qualify for the state finals, and Reeths-Puffer finished fourth, one point out of third. 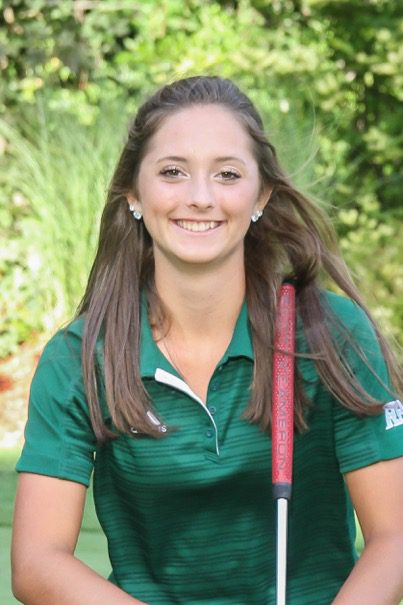 But the forecast is much better this year for the Rockets, who have largely the same roster as last season.

They’ve had the best season in the history of their program, winning both the city tournament championship and the O-K Black Conference title for the first time.

The Rockets wrapped up the conference title in impressive fashion on Monday, shooting a team score of 350 and winning by a whopping 63 shots.

They claimed the top three individual spots in the tournament, with Avery Howard taking first with an 82, Karina VanDuinen finishing second with an 83 and Karly Hallberg finishing third with an 84.

They also won five of six conference jamborees during the season.

Reeths-Puffer hopes to stay hot on Thursday in the Division 2 regional tournament at Muskegon Country Club. And the team feels good about its chances. 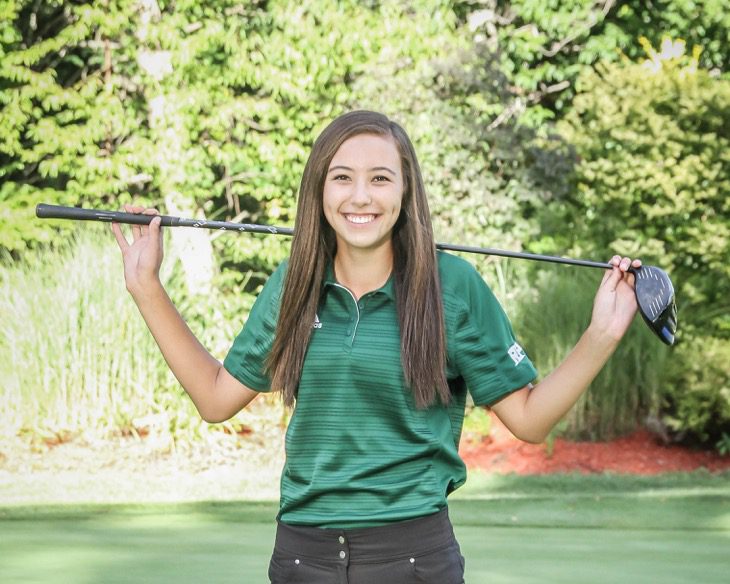 Carter said the difference this year for the Rockets is depth. High school golf is a team game, and everyone needs to shoot well for a team to make it to the top.

“Every year I’ve had one or two decent players, and I’ve had a state qualifier every year except for one, but I’ve never had a full team before where everybody can score,” Carter said.

Spirited competition between teammates has made a huge difference this season for Reeths-Puffer. 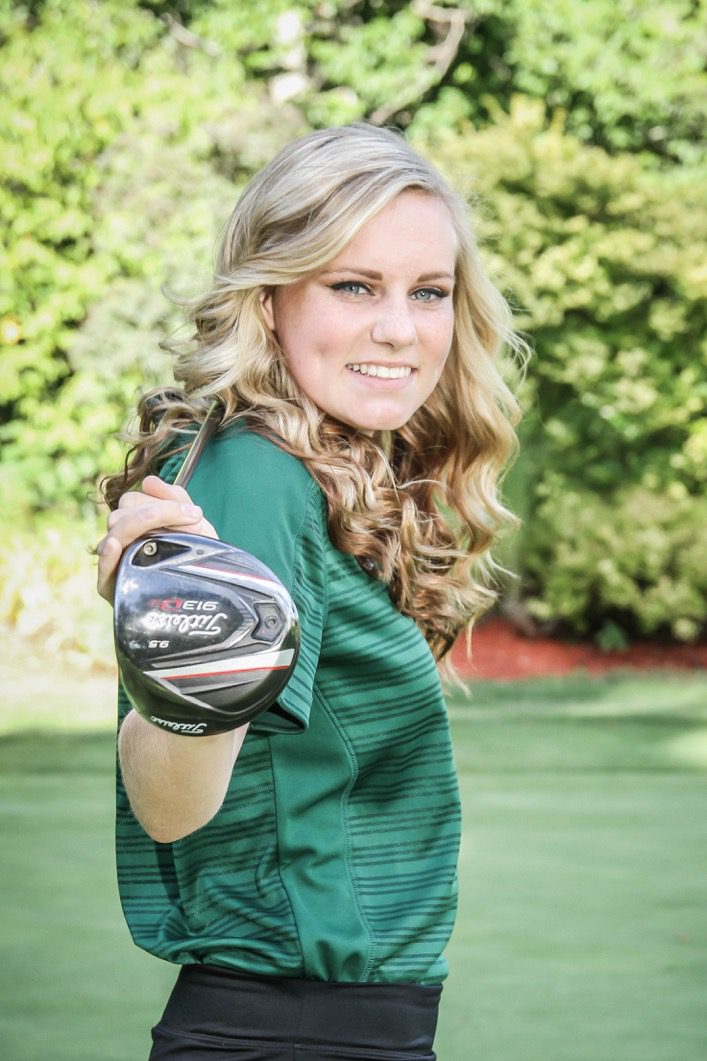 Last year VanDuinen stunned the state by winning the individual state championship as a freshman, and went into her sophomore season as the undisputed No. 1 golfer for the Rockets.

But Howard, another sophomore, has emerged as a force in her own right. She tied VanDuinen for first place after 18 holes in the city tournament, only to lose the individual title in a one-hole playoff.

At Monday’s conference meet she was one shot better than VanDuinen.

Howard’s emergence has inspired Hallberg, a junior and last year’s No. 2 golfer, to shoot even better, according to Carter.

Meanwhile, Haley Fox, a senior, started the season as the No. 4 golfer, while Emma Veihl, a sophomore, was No. 5, but both have improved as they’ve battled back and forth for the fourth spot.

The top four scores on a team are counted in regionals and the state finals.

“Emma had kind of taken over the fourth spot, but Haley has been working hard and finally beat her the other day (at the conference meet),” Carter said. “Last year Haley really didn’t have anybody pushing her, but this year there’s somebody else wanting that spot. Both of them have worked very hard.”

Freshman Abby Fansler has also been a valuable member of the team, and shows good potential for the future, Carter said.

While the Rockers are laser-focused on Thursday’s regionals, they don’t mind dreaming about the state finals and the possibility of finishing at the top.

Reeths-Puffer is currently ranked ninth in the state in Division 2.

“We might have a chance, but it would take everybody to play their best golf,” Carter said.