NORTH MUSKEGON – The North Muskegon soccer team entered Tuesday with a 16-game unbeaten streak and at least a share of the West Michigan Conference championship locked up.

But Shelby wanted a piece of the title, and a little bit of revenge. The Tigers had only one loss this season – to North Muskegon. 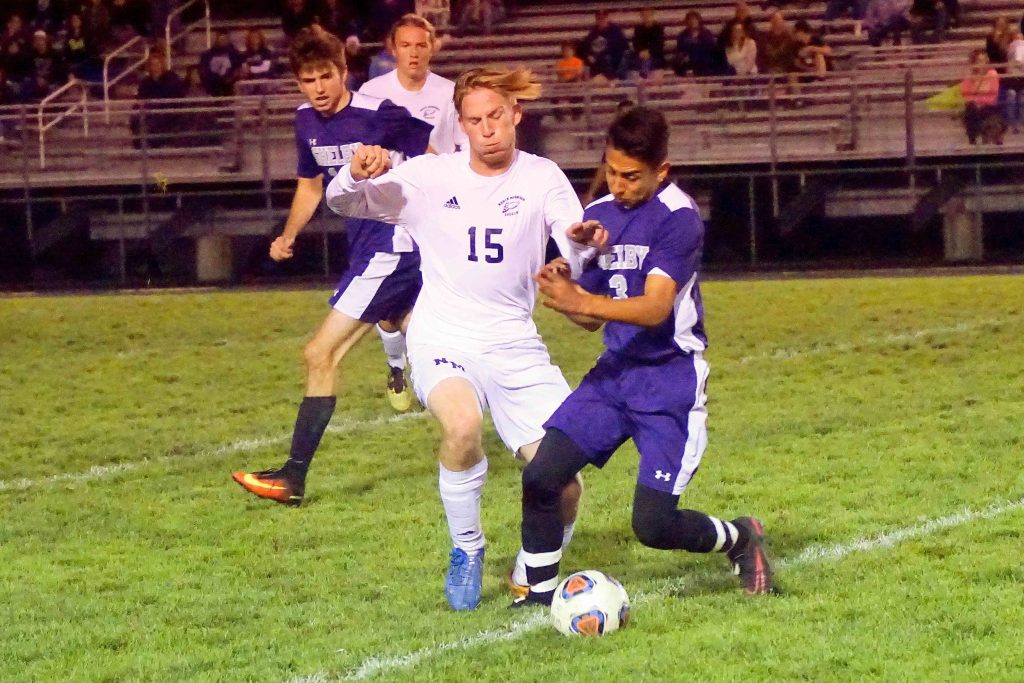 Shelby attained both goals on Tuesday with a 2-1 victory over the Norse in the West Michigan Conference Tournament championship game at North Muskegon High School.

That means the teams will share the league championship, and the Norsemen’s bid to finish the season with a zero in the loss column fell just short.

“This game came down to who wanted it more,” said Shelby head coach Pete Peterson, whose team is now 16-1-1 on the season. “Our goal all season has been to be a champion of this league because it’s been awhile.

“I’m happy that we’re there. I don’t think it hurt (either team). I think they needed to probably lose, they gave us a loss earlier in the season. Our losses are to each other, no harm, no foul, because from here on out we’re not going to see them again.”

The state tournament begins next week, with Shelby competing in Division 3 and North Muskegon in Division 4.

North Muskegon, now 14-1-2, had the early advantage, with Shelby goalkeeper Jonah Kelley making multiple saves in the opening minutes of the contest.

In the eighth minute, the Tigers were called for a foul in the box, resulting in a penalty kick for North Muskegon’s Spencer Mueller.

Mueller converted his opportunity and the Norse led 1-0. 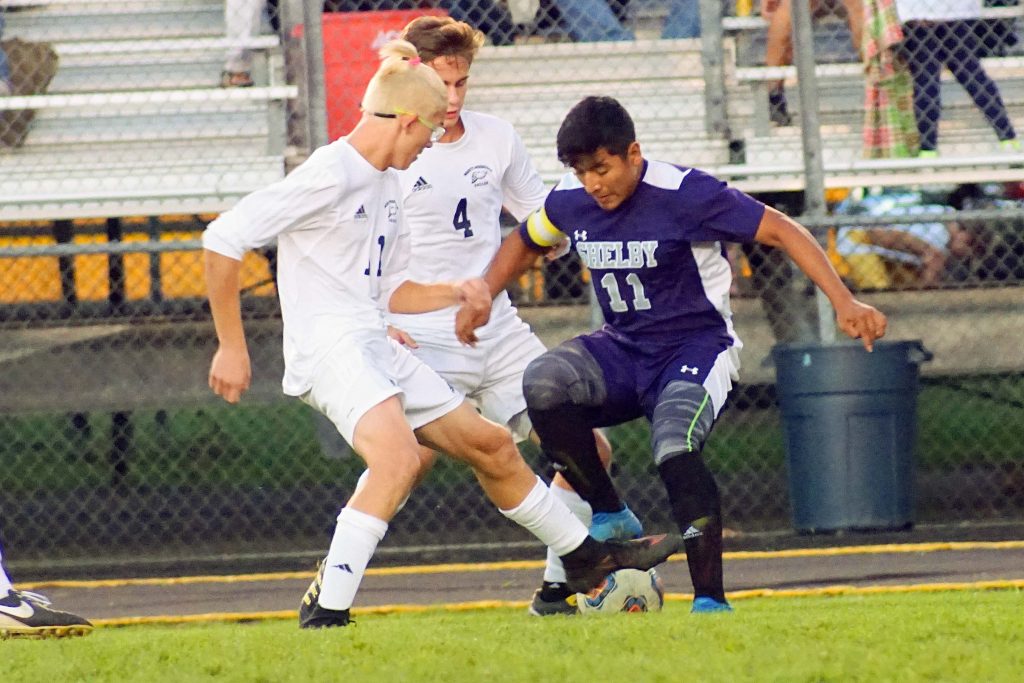 It didn’t take long for Shelby to answer. In the 14th minute, Kaleb Hams broke free down the left wing and touched the ball past Norse goalkeeper Nick Gerstweiler to tie the game at a goal apiece.

The tie score carried into the second half before Tiger junior Fernando Cabrera blasted a shot from left wing to the bottom right corner of the net, past North Muskegon’s Ian Collins.

The Norse had chances to tie late in the game but could not capitalize, with the Shelby defense holding strong.

“We just didn’t come to play,” said North Muskegon head coach Jeremy Tjapkes. “Our team knew that no matter what, we were already conference champions, and if we lost we were still champions. They didn’t want it bad enough to go win it on their own.

“Shelby wanted it. Props to Shelby. They came and played harder and more disciplined than we did. Hopefully our team learns that it’s not about what you’ve done, it’s about what you’re going to do. We didn’t come and play our game today and it cost us.”

Peterson was pleased with his team’s performance and happy to share the league title.

“I thought our kids played outstanding,” he said. “Defensively we’ve played that way all season. We just play, do what we do, play soccer and play it well.

“We’re going to keep making a little bit of noise and do what we need to do to keep winning, I think we’ve got the skills to do it. This was a huge win for us, to take somebody down that beat us earlier, in a game that was pretty even. We got them this time. That’s just going to help us move forward.” 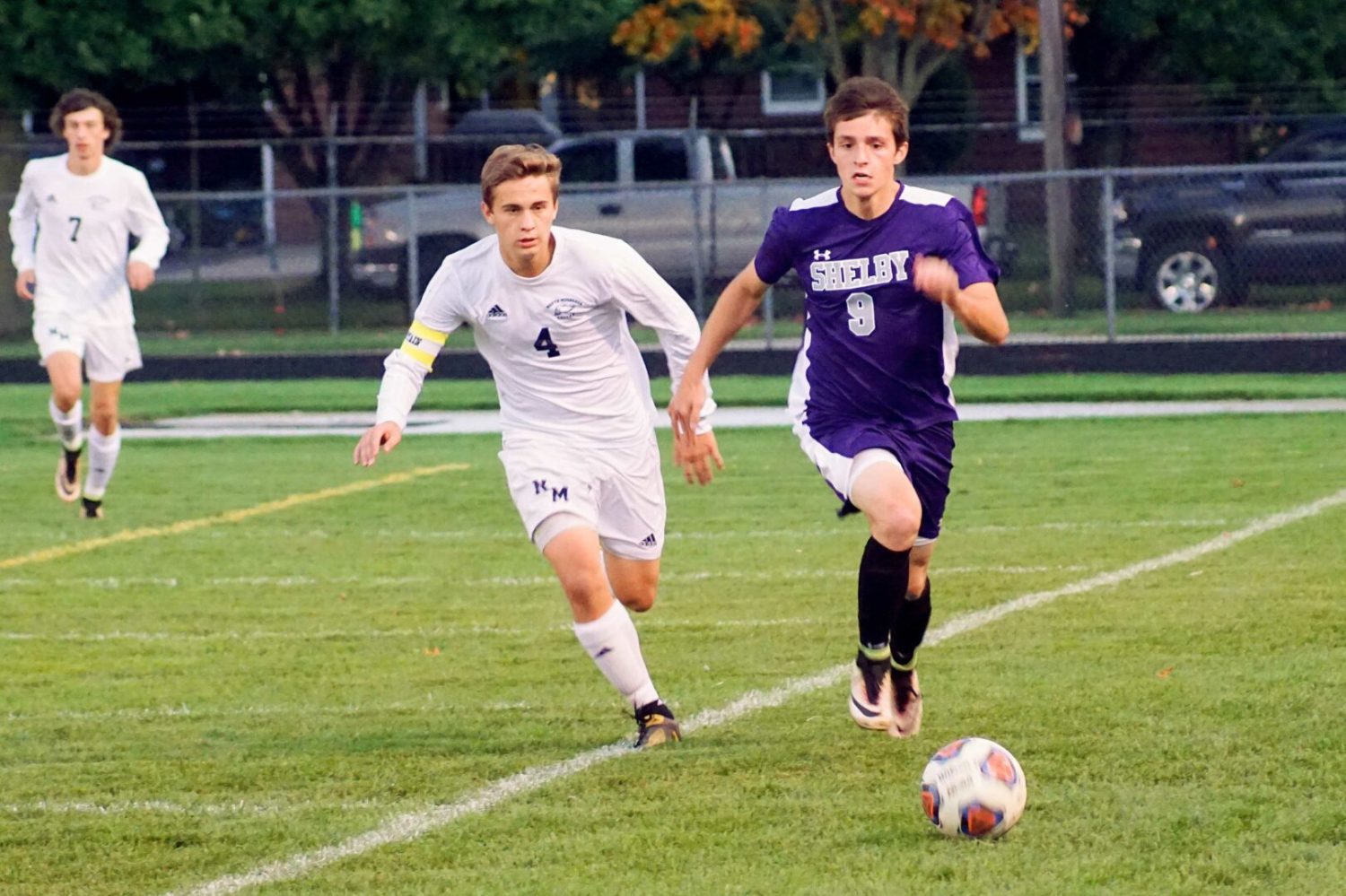 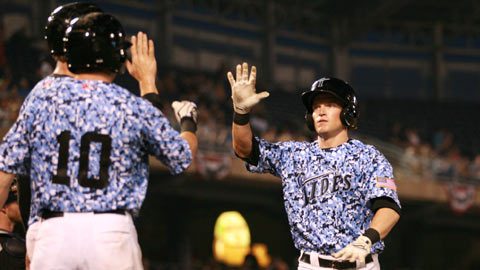