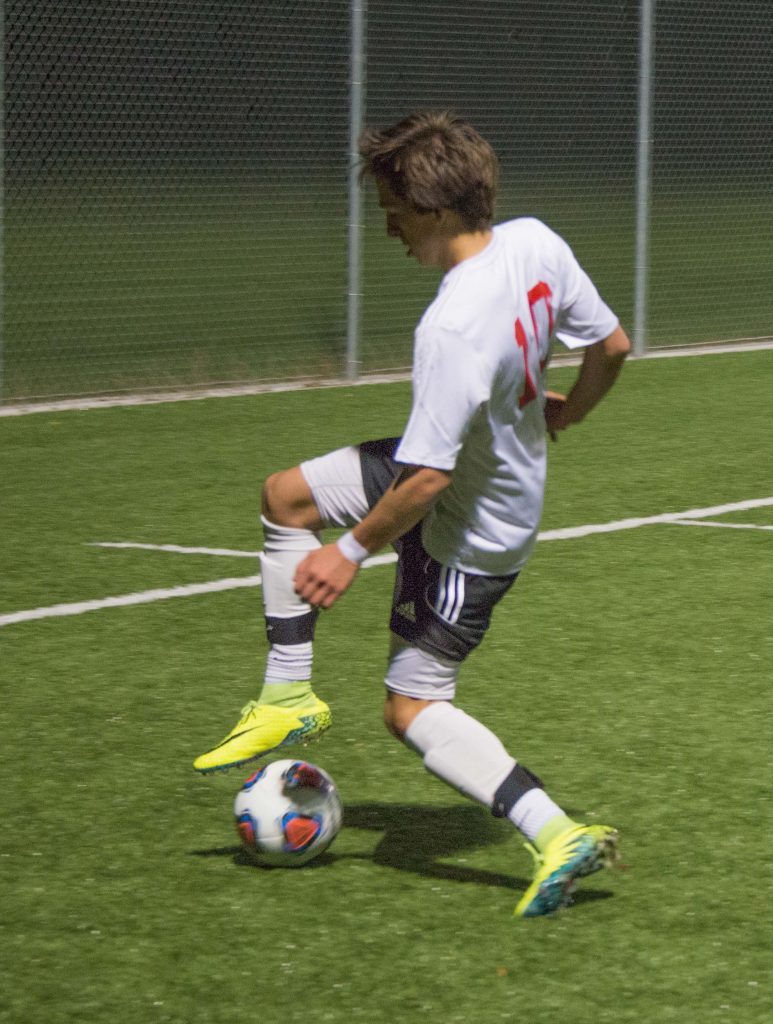 The Lakers made sure they didn’t have to settle for second.

They grabbed a seven-goal halftime lead over Comstock Park on their home field, then added a goal in the second half to gain a decisive 8-0 victory in a game that ended early due to the mercy rule.

Spring Lake has now won three conference titles in three years, in two different conferences. The Lakers won the outright Lakes 8 Conference title in 2014 and shared it in 2015, before switching to the O-K Blue and winning the title this fall.

Spring Lake finished the regular season with a 15-1-2 overall record and a 10-0-2 mark in the league. The Lakers are ranked No. 2 in the state in Division 3 and will begin district tournament play next week.

“This is our third conference title in a row but first in the OK Blue and that makes it special,” said Lakers Coach Jeremy Thelen. “I give credit to the guys in the program and a big compliment to our senior group for getting us in this position.”

Five seniors scored for Spring Lake in their last regular season game, including goalkeeper Bruce Boes, who got a goal on a penalty kick. Justin Pedersen struck first for the Laker seniors while Ryan Zietlow, Dylan Constantine and Baruch Kamps followed.

“Brad (Debien) didn’t score,” said Thelen about Debien, who has been a key senior leader for the team. “He tried his hardest to get a goal but their (Comstock Park) goalie kept making great saves on his shots.”

Junior Tommy Fine and Robbie Hartliep also scored for Spring Lake in the first half. Max White put in the only second half goal with 25 minutes left to mercy Comstock Park and end the contest.

“We moved the ball really well tonight and if we can play anywhere that well in the playoffs, we can make a good run,” Thelen said.

The team has aspirations of making a deep tournament run, like Spring Lake did back in 2013 when the current seniors were freshman. That year the Lakers reached the state finals.

But Thelen doesn’t want his squad looking past the conference accomplishment too quickly.

“One of the things we laughed at was how much our alumni stays in touch with Dylan (Constantine),  and some of those guys reminded him the conference title is important and we have to let it soak in,” Thelen said.

“To win it at home in front of your home crowd, with parents taking pictures after the game, that is a pretty cool feeling.”